Just to be clear, Ralph Charell did not ride his skateboard to Astor Bake Shop. 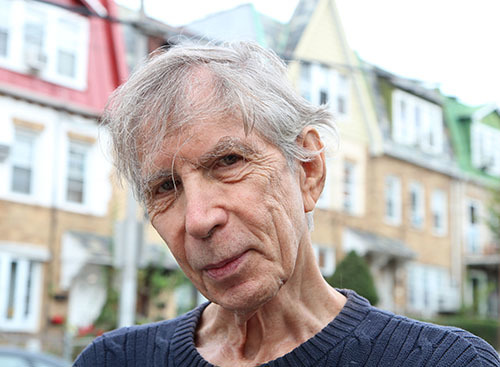 Photo by Nancy A. Ruhling
Ralph’s had success in several fields.

He rests the board on a chair and orders a cup of coffee.

The story of Ralph and his skateboard doesn’t travel in a straight line, and the telling of it takes so long that his coffee will go cold before he gets to take a sip.

Ralph, a tall, gangly man with wispy grey hair that likes to free-fly into his boyish eyes, has always had a lot of interests.

Born and raised in Manhattan, he earned a law degree from Columbia University but ended up working in stock and bonds, eventually setting up his own brokerage on Wall Street. 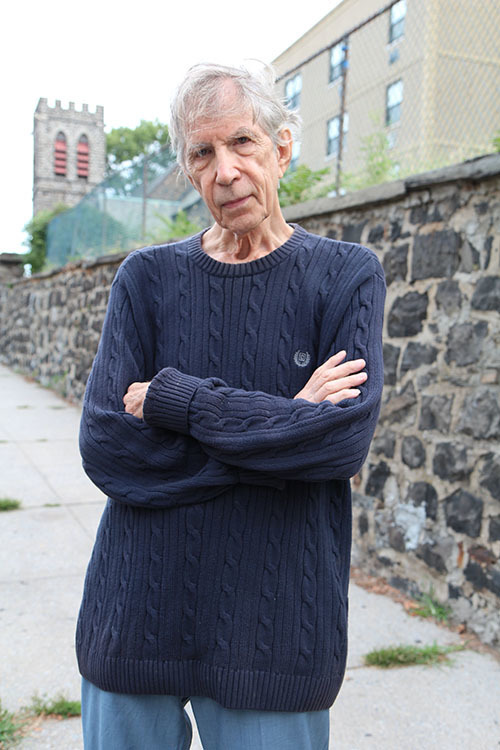 Let’s just say that it wasn’t his cup of coffee, so one day, without giving it much thought, he quit.

With a wife and daughter to support, Ralph realized that he needed another career.

“I wanted to go into TV and write comedy,” he says. “I wrote to ABC, NBC and CBS. ABC was interested and said they would get back to me.”

While he was waiting, Ralph took a job managing mail orders for a vitamin company.

To get ABC’s attention, he sent a carrier pigeon to inquire about his prospects. 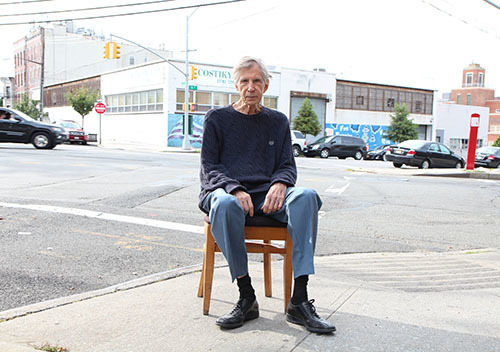 Photo by Nancy A. Ruhling
Ralph worked with Barry Diller and Michael Eisner at ABC.

When he did join ABC a year and a half later, it was as a writer to promote sales. Eventually, he landed a job producing Movie of the Week under Michael Eisner and Barry Diller.

“My first day there, Barry Diller gave me two scripts to read,” Ralph says. “I told him I loved one and hated the other. He told me they were going to make the one I hated. The critics killed it, but the other one, which was picked up by another network, won an Emmy.”

After nine years at ABC and after earning a master’s of fine arts from Columbia, Ralph struck out on his own.

“I wanted to write books,” he says. “It took me 45 hours to write the first one because I knew the subject matter. I spoke into a tape recorder, had it transcribed and made some edits.” 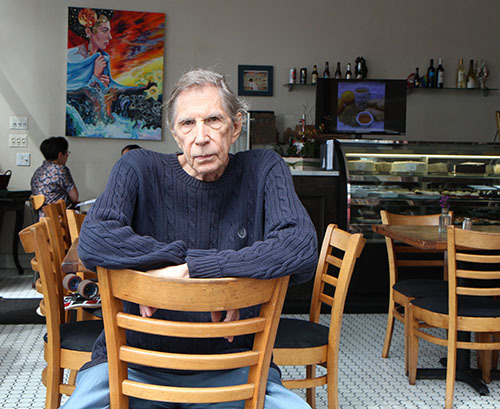 Photo by Nancy A. Ruhling
He’s a regular at Astor Bake Shop.

How I Turn Ordinary Complaints Into Thousands of Dollars, published in 1973, became a national best seller, landed Ralph in Guinness as the “world’s most successful complainer” and earned him an honorary knighthood from the Mark Twain Society.

His second book, 1976’s A Great New Way To Make Money: 51 Consecutive Profits in 5 Months,” also made the list.

“It took me six months to write only because I had to wait five months to complete the trades,” he says.

Book No. 3, How To Get the Upper Hand, which came out in 1978, was another chart-topper. (His other four books were moderately successful.)

Next, Ralph worked with a team that bought made-for-TV movies and distributed them worldwide. 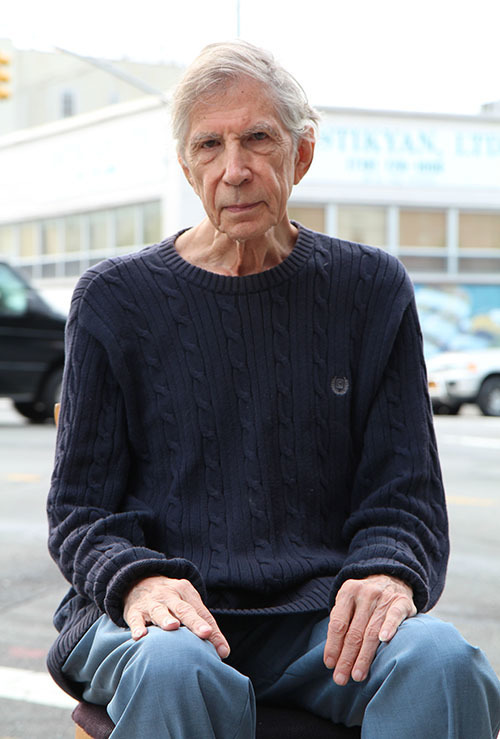 Photo by Nancy A. Ruhling
A mismatch on Match.com brought him to Astoria.

Around the time he quit, he wife became seriously ill, and he devoted himself to her, eventually hiring three personal assistants to provide 24/7 care.

She died in 2010, and Ralph, feeling lonely, joined Match.com, where in 2012 he fell for a woman who begged him to move in with her.

“I had a big, beautiful rent-stabilized apartment in Manhattan, and I threw out virtually all my furniture and personal belongings and moved in with her,” he says. “I did it for love. Twenty-six days later, she asked me to leave.”

Priced out of Manhattan, Ralph took an apartment in Astoria, close to Astor Bake Shop, where he has become a regular.

Which brings us back to the skateboard on the chair.

In 1967, Ralph got this bright idea to invent what he called “an ice skate that doesn’t need ice.” He thought it was a cool concept, but he decided not to patent it because he worried that it would be too dangerous for kids to use and too costly to produce. 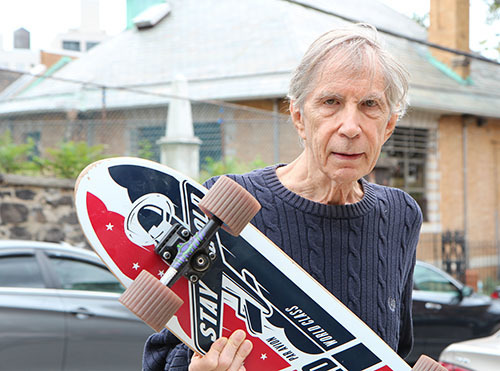 “Someone else had the same idea and followed through,” Ralph says. “This invention, which you’ve no doubt heard of, is called Rollerblades.”

His near-miss with Rollerblades got Ralph thinking about skateboards, and he recently patented ridged wheels for use on scooters, skateboards, quads and in-line skates.

“They give better traction and greater control,” he says. “And they deliver greater safety than conventional wheels without sacrificing speed.”

Ralph knows this only second hand because he has never put foot on board.

But his wheels came in third in a recent skateboard race in Manhattan, and they have attracted a lot of attention at Astoria Park Skatepark, where he has run trials. 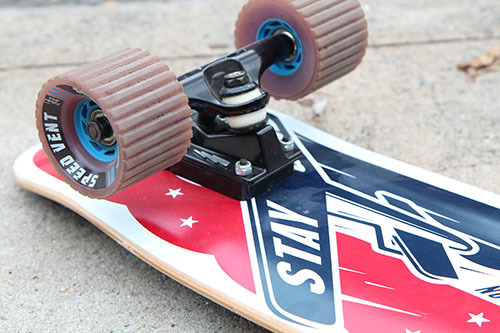 Photo by Nancy A. Ruhling
Ralph’s wheels are ready to roll.

“This is going to be very big, especially since skateboarding will be an event in the 2020 Summer Olympics,” he says. “I think this is a $1-billion idea.”

If the wheels don’t take Ralph where he wants to go, he has two other sure-fire projects ― a 60,000-word love-story novella and a nonfiction manuscript whose subject he’s keeping under wraps so nobody steals the idea ― waiting for the world to acknowledge.

Ralph’s an optimist. He’s finished his cold coffee, but he still sees the cup as full even as he pays the bill.

A couple of kids stare as he tucks his skateboard under his arm and strides up the hill toward his apartment.