As an actor, Mike Moreno has had the opportunity to play many different roles.

Being Daddy to Malcolm is the one that changed his life. 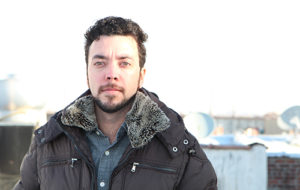 Mike is an actor and a father.

Malcolm, who is 2 and a half, is sitting in the living room watching cartoons with his mom, aka Cristin Downs.

Bronte, the family’s decade-old dog, is lying on the couch watching him. And the two cats, well, they’re doing whatever it is that cats do when they don’t want to be found.

With Malcolm’s arrival, Mike, who was used to auditioning and managing productions and filling in financial gaps with work as a stagehand or theater carpenter or event manager, became a stay-a-home parent.

“Babysitting was too expensive,” he says and shrugs. 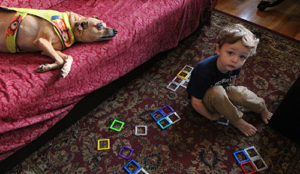 Malcolm and Bronte hanging out.

Mike’s portrayal of a real-life house husband, however, doesn’t mean that he’s given up the acting business.

It means he’s turned to the business of acting to spur his creativity.

Mike, who grew up in Glendale, California, has been on the stage ever since he was 14.

He started as a stand-up comedian, playing to adult audiences at Los Angeles’ legendary clubs. 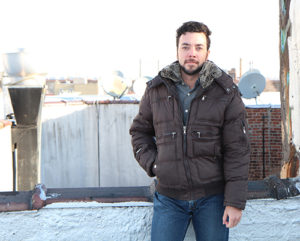 He founded The Actor CEO podcast.

It happened by chance.

For a while, Mike was part of the teacher’s giggle of kid comics who were billed as the Not Ready for Bedtime Players.

Then he and his jokes went out for laughs on their own. 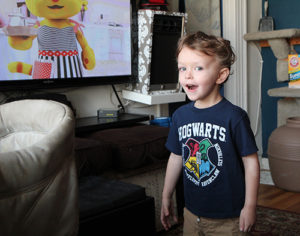 “There weren’t many kids my age doing this,” he says. “I told jokes about girls and dating and things that were going on in my life. This was before social media, so it was refreshing for people to hear a young person’s point of view.”

By high school, Mike was serious about the stage. But drama, not comedy, drew him in.

After earning a bachelor’s degree at Chapman University in Orange, California, and a master’s at the University of Tennessee (“I went there for free on scholarships,” he says), Mike came to New York in 2010. 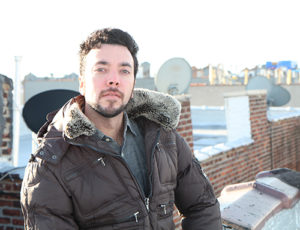 Mike was 14 the first time he stepped on a stage.

Cristin, who is director of the Center for Professional Studies at Pace University, came with him. They had met while working on a theatre project in California.

Before he had settled in, he got a part on Law & Order: SVU.

“I played a sleazy character,” he says, smiling. “I was a swinger in a swinger’s club.” 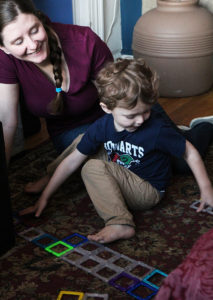 Mike, an eloquent man with soul-piercing eyes, concentrated on theatre work, which is what he was doing when Malcolm interrupted him.

“I still go out on auditions,” he says, “but I have to pick my projects. Theatre doesn’t come into the scope anymore because of the great amount of time it takes and the low compensation.”

In between changing diapers and wheeling Malcolm to Ditmars Park every day, Mike started The Actor CEO, a weekly half-hour podcast that creatively coaches actors in the art of business.

“I’m a mentor in their pocket,” he says, adding that the podcast features successful actors who offer advice and tips about the business side of show business. 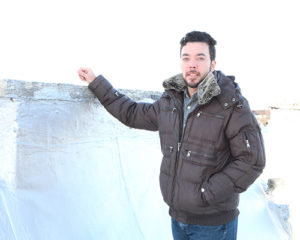 Mike is never giving up acting.

The podcast, which could become Mike’s next day job, is only one of his enterprises.

He and Cristin, who created The Notable Woman podcast, recently started Much More Media, which helps businesses create content and shows and helps them market materials.

Mike was instrumental in establishing the farmer’s market and is organizing a series of events, including a spring festival. 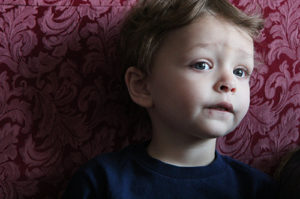 Mike sees The Actor CEO as simply another stage – in his career and in his life.

Malcolm, who has tired of TV, offers him a half-eaten banana.