It’s the starving part of artist that Daniel Francis finds hard to stomach. His hang-dog jeans, cuffed at the ankles to take up the slack, were made for a much weightier man, the one he used to be. 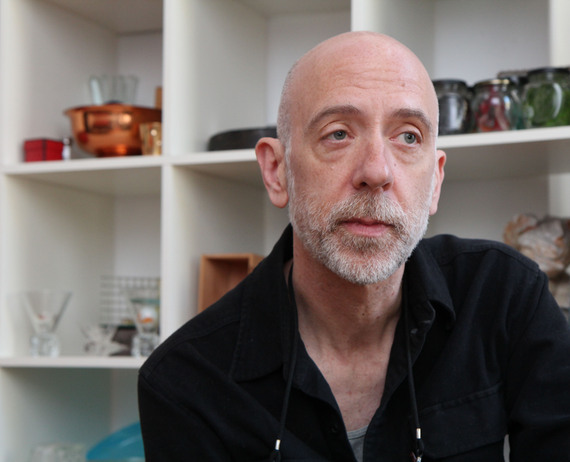 Photo by Nancy A. Ruhling
Daniel has made art his work.

He saw an old picture of himself recently and was aghast because his head looked like one of those round balloons you see in comic strips.

He doesn’t want to be that guy again, but now when he turns sideways, you can’t see him. This is problematic because, more than ever, he needs the world to notice him.

It’s amazing how quickly you lose weight when you’re out of work and out of money. 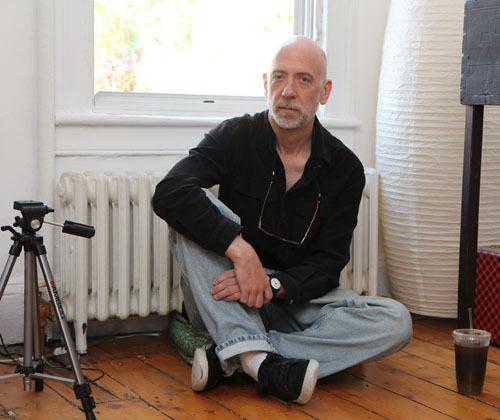 Sleepy-eyed, sober-faced Daniel, who wears his hair on his chin, chuckles and grabs a super-size glass of iced coffee, imbibing it through a plastic straw. Caffeine is still in his budget.

It wasn’t always like this. Although Daniel, who grew up in Bethesda, Maryland, saw himself as an artist, actor or animator, things, real and imaginary, got in the way.

After high school, he took some art classes at a junior college then headed for Manhattan, where he studied at the Lee Strasberg Theatre & Film Institute. 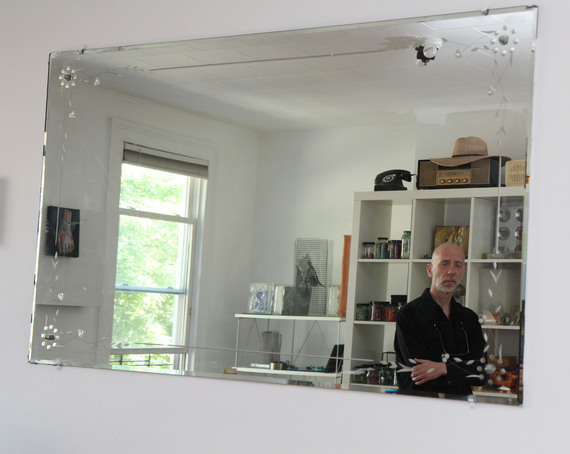 Photo by Nancy A. Ruhling
Daniel’s fascinated by glass and reflections.

When he rejected acting — “I couldn’t take all the rejection slips” — he wound up working in what would become an endless series of jobs at printing companies.

“During all that time, I never pursued art,” he says. “I never felt I was particularly good, and I felt I didn’t have anything to say. It wasn’t until a decade ago, when I was 42, that I knew I wanted to be an artist.” 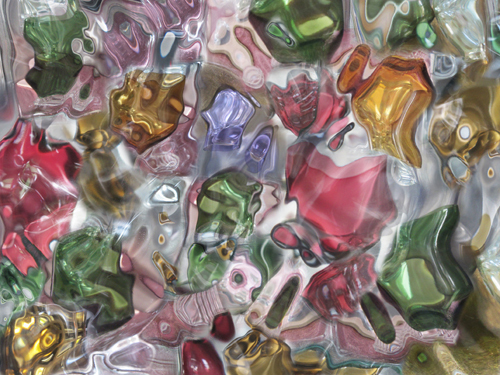 Photo by Nancy A. Ruhling
Daniel’s huge photo collage It Might Not Come Today.

It was depression, not passion, that drove Daniel to this creative decision.

“I’ve struggled with it all my life, but I got to the point where I wasn’t getting out of bed on weekends,” he says. “And I was having panic attacks.”

Therapy (and medication that sometimes makes him forget words and the end of sentences) clicked. Daniel emerged, Phoenix-like, from the darkness and assumed the identity of a photographic artist. 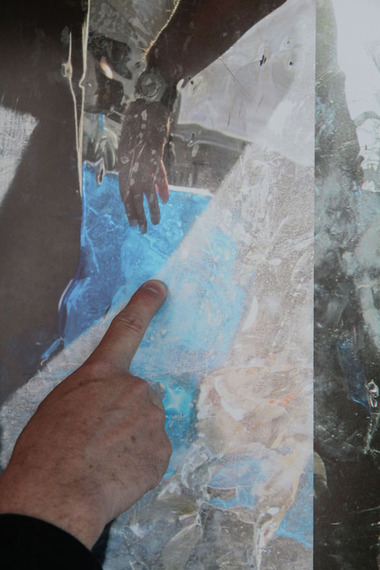 Photo by Nancy A. Ruhling
Sometimes, Daniel puts himself in the pictures.

His work, what he likes to call “ordinary insanity,” takes the form of deeply disorienting photos printed on canvas and photo collages that are a mash-up of shiny shards of glass and other objects Daniel salvages from the street and the trash.

His living room, which doubles as his studio, has floor-to-ceiling snow-white shelves filled with everything from smashed-up car headlights to antique glass door knobs. 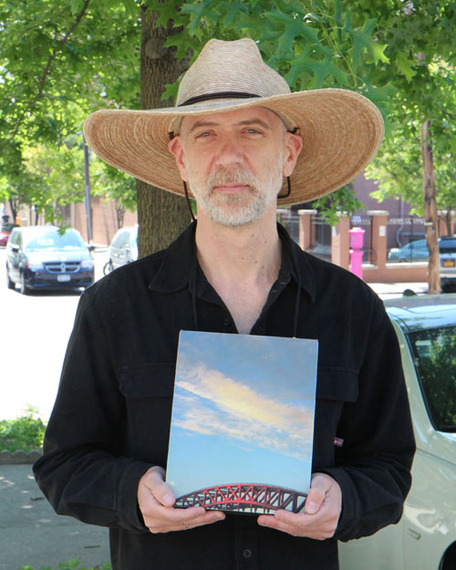 Photo by Nancy A. Ruhling
He focuses on Astoria images.

“My work is me,” he says. “It’s subconscious, and much of it comes from my dreams. I have this condition — I don’t know what it’s called — where I often wake up and still see the stuff from my dreams. I’m not hallucinating, but some of the images are in 3-D.”

Up until a year ago, Daniel had a perfect balance of work and art. He did the 9-to-5 with his Canon G11 at his side.

“I didn’t want to miss a single shot to, from or during work,” he says. 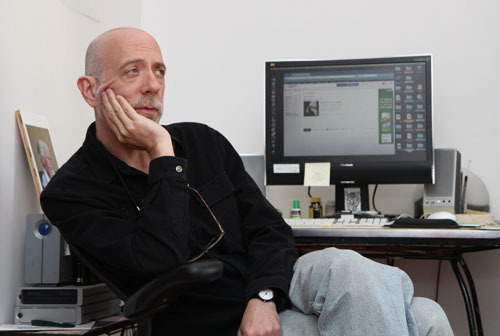 Photo by Nancy A. Ruhling
He’s searching for a day job.

“Being out of work has given me time to become obsessed with my art,” he says. “Sure, it’s been stressful, but I thought, ‘I’m in my 50s; if I don’t do it now, how long am I going to wait?’ I’ve never wanted a wife, a house, kids or even a car, so I was able to do this because I have no obligations.”

Well almost none. He lives with two cats, Che Che and Luci. They, and Daniel, have been relying upon the kindness of family members to get them through the tough times. This is not something he’s proud of. 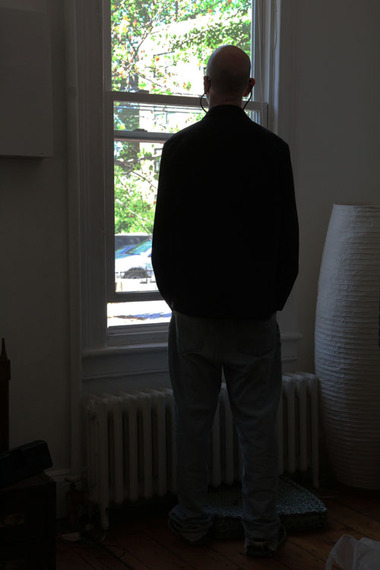 Photo by Nancy A. Ruhling
Looking ahead.

“I feel bad because they have bailed me out by paying my rent,” he says. “They also recently have arranged to have groceries delivered to my apartment.”

But Daniel’s pieces are beginning to sell. He’s relieved to be signing rent checks again.

That’s really all he wants: enough money to cover the bills and some change left over in his pockets for a cup of coffee.