On the picnic table, there are four empty beer bottles lined up like bowling pins. Larry Spacek grabs the quartet of Corona Extras, and before you can say “cheers,” he tosses them into the trash.

It’s early Saturday morning, and the Bohemian Hall & Beer Garden is still picking up the pieces from last night’s party. Larry, a Czech immigrant, is new at his job as the general manager of the city’s oldest beer garden. He’s here six to seven days a week at all hours learning the ins and outs of running the century-old establishment.

Right now, that means getting ready for the beer garden’s annual Czech and Slovak Festival. 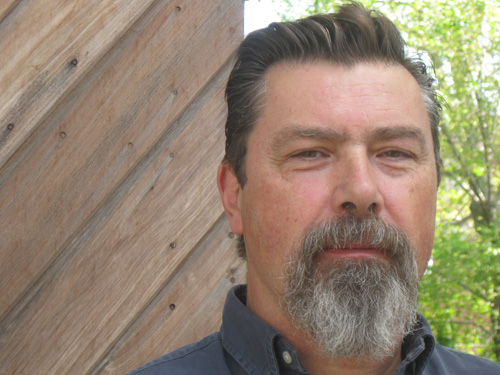 Photo by Nancy A. Ruhling
Larry is the new general manager of the Bohemian Hall & Beer Garden.

In his home country, Larry was christened Lubos, but in America, he goes by Larry. “My last name I didn’t change,” he says. “It’s spelled just like Sissy Spacek’s.”

He pauses then adds as if he’s said this line a million times, “We’re not related.”

Larry, who is 55, doesn’t exactly look like a movie star. He’s tree tall, dark and handsome, to be sure. With the graying goatee, mirrored sunglasses and polo shirt, he’s Hamptons hip.

Larry, who owns two houses, a restaurant and two motorcycles, made his way to America with his wife, two small children, two college degrees and $800 in cash in 1986. He was 30, the time of life when people build careers. An only child, he comes from working-class stock; after the communist regime confiscated his parents’ farmland, they became factory workers. 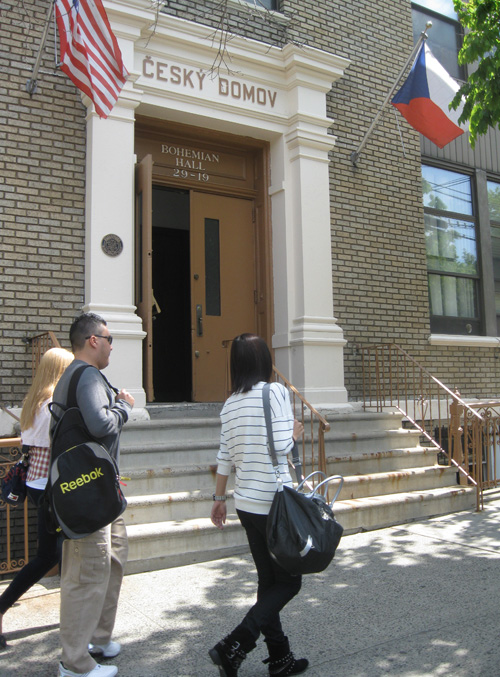 Photo by Nancy A. Ruhling
The beer garden’s annual festival is this weekend.

“My family was political, and I was under pressure to join the Communist Party,” he says. “So I decided to escape. At the time, there was no way back. I knew I probably would never see my parents again.”

Larry and his wife packed their two daughters into the car and headed to Yugoslavia, where they took shelter in the U.S. Embassy. “We asked for political asylum,” he says. “For six months, we stayed in an immigrant camp in Belgrade.”

While waiting for his immigration hearings, Larry, who had been working in the restaurant/hospitality industry, found himself standing on street corners, waiting to be hired as a day laborer.

“I took any kind of work offered,” he says. “I did a lot of construction.” 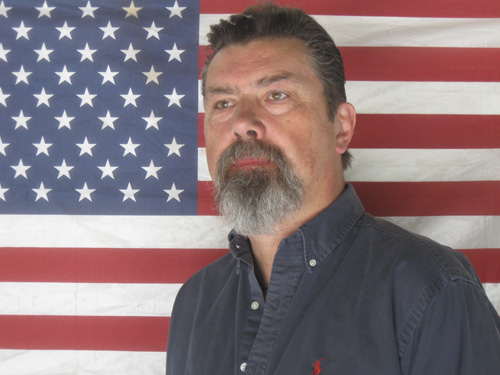 Photo by Nancy A. Ruhling
Larry, a Czech immigrant, came to America in 1986.

Not knowing anyone, the young family arrived in Astoria. “It was such a big risk coming to America,” he says. “I didn’t know what would happen or what was waiting for me.”

For two weeks, an immigrants’ organization put the family up in a Manhattan hotel, giving them $13 per day.

“The room was on the 14th floor,” Larry ways. “The 13th floor was missing; that was my first shock. We could open the window and see the Empire State Building. It was cool.”

If the relief organization couldn’t give the Spaceks much money, it could give them an abundance of advice. “The information was more valuable than $1,000,” Larry says. 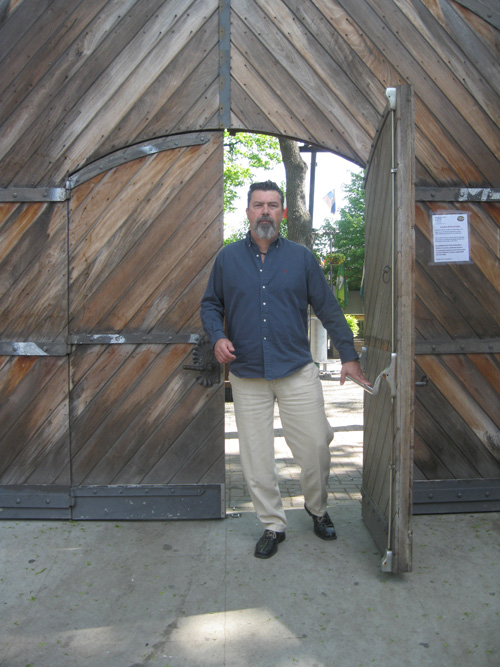 Photo by Nancy A. Ruhling
Larry plays host at the outdoor garden.

They were directed to a Czech church in Astoria, where a family suggested they move to Newark. “We were the only white family in our building,” Larry says. “It was a cultural shock.”

Soon Larry was picking up jobs. The first one was as a waiter. “I had studied English in college, but it was British English,” he says. “None of my teachers had ever been to America so their English was questionable. I memorized everything on the menu, but I didn’t know what I was saying. I just hoped I wouldn’t get fired.”

In 1991, he became a U.S. citizen, and by the mid-1990s, he was successful enough to buy his first car and open a restaurant in New Jersey, where he still lives.

When he was asked to manage the beer garden, he jumped at the chance. “This is a payback to my heritage,” he says, adding that his wife is running his restaurant. “It’s very challenging; I was running something that was much smaller. I’m still learning it. It’s something that’s very fulfilling in my life.” 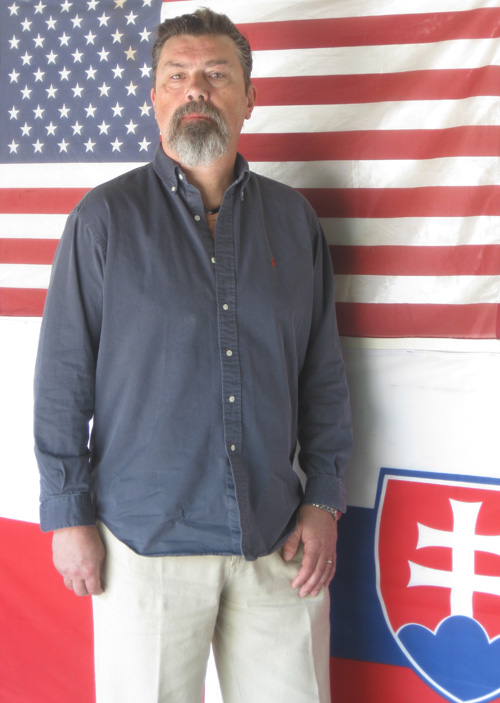 Photo by Nancy A. Ruhling
Larry took the job as general manager to honor his Czech heritage.

Larry isn’t the type of guy who looks back. He prefers to focus on the here and now. “We made the right decision about coming to America,” he says, adding that it wouldn’t do any good to feel differently because “I did what I did; there’s no way to take it back.”

Besides, he did it to give his daughters the taste of freedom he never had. The girls are grown, and he’s a grandfather. “I’m pretty happy,” he says. “I don’t want to ask life for more.”

Does he have regrets? Sure, but so does everyone. When his father died, in 1989, he was not allowed back into the country for the funeral. “I couldn’t get a visa for even one day,” he says, a tinge of sadness in his voice. “It was refused with a smile.”

But when the Berlin Wall fell, he was able to return, and since then, he has gone back to visit every other year. 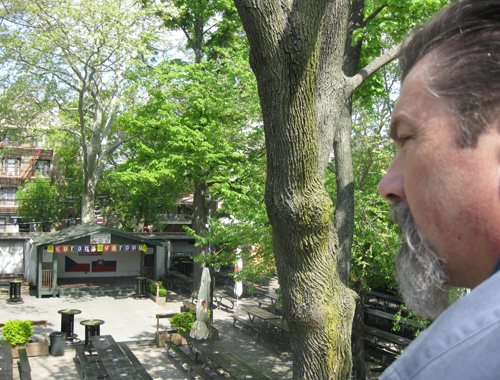 Photo by Nancy A. Ruhling
The outdoor beer garden flowers in the middle of the city.

Running the beer garden doesn’t give Larry much time for anything else, but when he rides his motorcycle to work — he has a Harley and a custom bike he put together himself — he lets his thoughts fly in the wind.

“Riding lets me clear my mind,” he says. “I can talk to myself. It’s difficult to lie to yourself, so you can clear up all your problems like this.”

He gazes at the outdoor beer garden and marvels that something like this exists in the middle of the big city in this great country of America.