The sound of silence in James Cruz‘ apartment is deafening.

“Do you mind if I put on some music?” he pleads rather than asks. 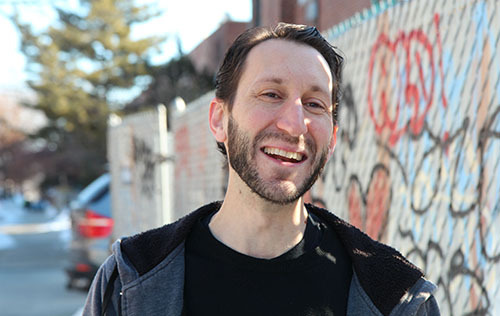 Photo by Nancy A. Ruhling
James fine-tunes the sounds on recordings.

His apartment — home to him, his wife, Melissa, their 5-year-old son, Henry, and 11-month-old daughter, Stella, and thousands of CDs and vinyl records — is just too damn quiet for him to think even with a full cup of coffee in hand.

James, a Grammy-winning mastering engineer, is used to listening to supersized speakers screaming at the top of their woofers and tweeters.

Listening is the key word. James, barefoot and bearded, is all about the sound not the syllables.

He shuffles through the closest rack of CDs and puts on a 1970s Grateful Dead concert.

Music is the strings and strums of James’ life. Its soundtrack plays through every major and minor event he has experienced. He met Melissa, for instance, at a concert in a Long Island bar. 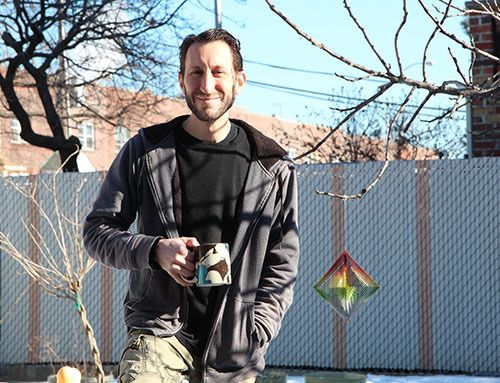 Photo by Nancy A. Ruhling
Music is the soundtrack of his life.

“There were very few people there,” he says. “We ended up dancing together all night. At closing, I literally ran after her into the parking lot to get her number.”

As a child growing up in Uniondale, Long Island, James and the guitar became one. But no matter how hard or long he practiced or how many high school bands he performed in, he never quite clicked with the instrument.

“My playing sucked,” he says. 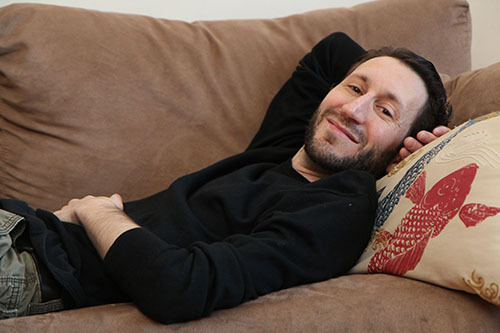 Photo by Nancy A. Ruhling
James in listening mode.

At a friend’s suggestion, he decided to make a career in the technical end of the business.

After earning a degree in audio recording technology from Five Towns College in Long Island, he got an internship at Jimi Hendrix’ Electric Lady Studios.

Later, he worked for The Hit Factory then Sony Music Studios, doing projects for a variety of big-name artists, including Whitney Houston, Toni Braxton, George Clinton, The Fugees and Mary Mary.

Seven years ago, he became a one-man band, setting up Zeitgeist Sound Studios in Long Island City then North Babylon.

“Mastering, the sweetening and fixing of the sound of the song as a whole, is the last step of the creative process and the first step of mass production,” he says. “For me, it’s always been a joy never a job.” 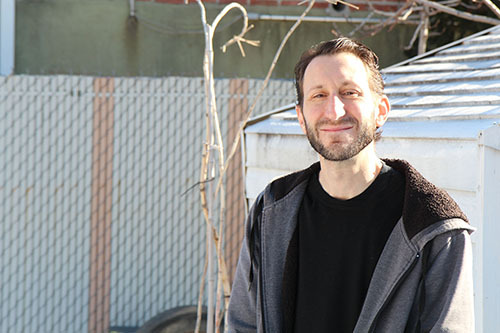 Photo by Nancy A. Ruhling
He owns Zeitgeist Sound Studios.

James, by the way, has a bunch of Grammys, including one from 2015 for Erica Campbell’s Help, winner of the Best Gospel Album award.

He’s not sure how many.

“I only get the statue for Album of the Year or for winning the mastering category,” he says. “I have three. Otherwise, I get a certificate. I have about nine I think.” 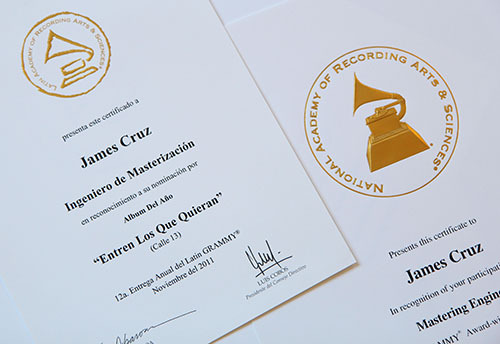 Photo by Nancy A. Ruhling
James has several Grammys.

He puts the certificates on the kitchen table, right next to Henry’s Little Golden Books. Melissa keeps telling him to frame and hang them, but he never has gotten around to it.

James isn’t into awards; he simply loves doing the sound work that produces them.

“I have an international clientele that includes artists from England, Colombia and Australia,” he says. “I’m a rock star in Belgrade, which is hysterical.” 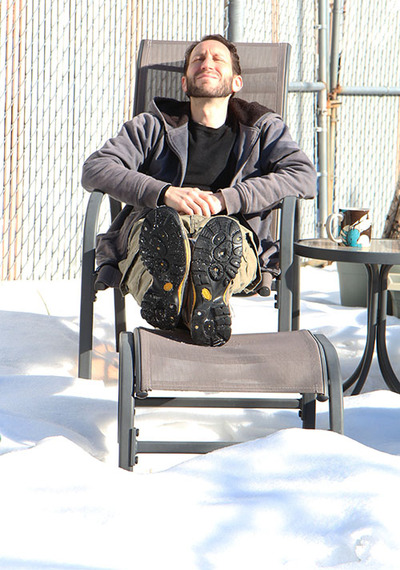 Photo by Nancy A. Ruhling
Sunbathing in the snow.

Typically, clients email James the musical files. He spends an hour doctoring a single and six to eight working on an album.

“It’s fun to be part of the process,” he says. “Even though I’m not a performer, I can still create sound.”

The studio isn’t the only place James makes a loud noise. Henry is taking drum lessons, so James has an excuse to bring out the guitar. 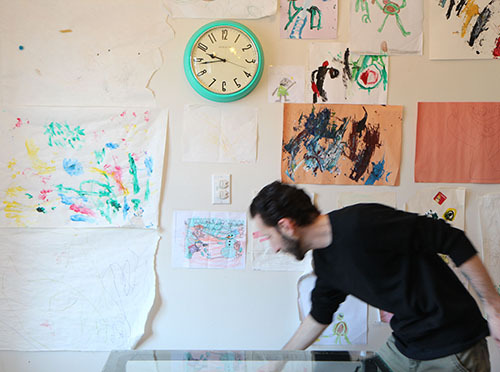 Photo by Nancy A. Ruhling
James interacting with Henry’s wall of art.

Recently, James began teaching at the SAE Institute in Manhattan and just finished a seven-week stint as a volunteer instructor at Henry’s elementary school.

“Teaching kindergarteners about music was a blast,” he says. “I wouldn’t mind doing it more often.”

It’s something to think about, he says, as the music business continues to change its technological tune.

“I’m hoping there always will be a spot for what I do,” James says. “I’ll do it as long as I can. After that, who knows.”