The afternoon of December 6, 2013 was cold and rainy. Victoria Hoffman was only going to take her 12-year-old Bichon Frisé, a snowy powder puff called Mimi, around the block. She put her 1.39-carat diamond wedding ring on her finger, grabbed her umbrella and walked out the door without gloves or a care in the world. 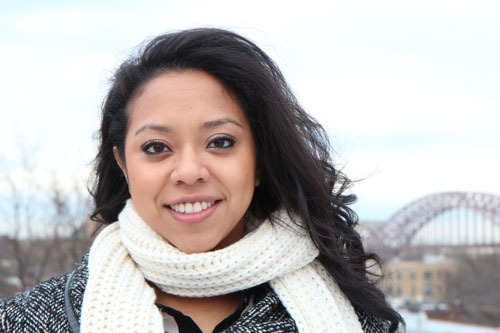 Photo by Nancy A. Ruhling. Victoria and her wedding ring were soon parted.

What did she have to worry about? She had just married the longtime love of her life, Scott, and every time she looked at her ring, it made her feel close to him while he was working in a distant state.

She headed down 27th Street to 24th Avenue and made a left onto 26th Street. Half way down the block, after she had bagged Mimi’s business, she came back home. The total trip, at tops, took 15 minutes. 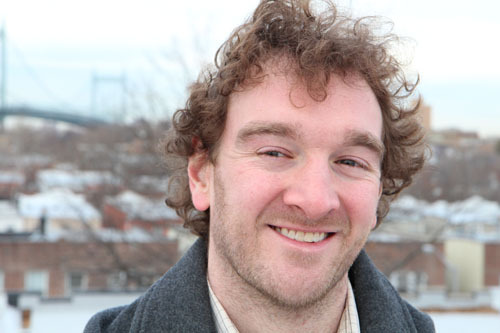 Photo by Nancy A. Ruhling. Scott is sad, not mad, about the loss.

When she pulled off her boots, she had a close encounter with doggy doo (not Mimi’s) and ran to the bathroom to wash it off her hands. To her dismay, when it was gone, so was her wedding ring.

It didn’t go down the drain (Victoria called the landlord, who sent a plumber to dismantle the pipes). It didn’t fall off in the two-bedroom, dollhouse-size apartment (Victoria vacuumed and cleaned every square nanometer of the place). And it didn’t get lost in the street (Victoria plastered with block with fliers and got zero replies). 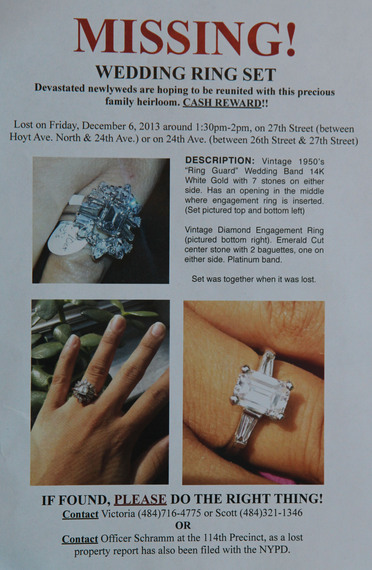 Photo by Nancy A. Ruhling. Has anybody seen her diamond ring?

“I was shocked,” says Victoria, a talkative woman with big, dark-chocolate eyes that look like saucers when she gets excited, which is just about every second. “I called my mom and some girlfriends, but I was afraid to tell Scott.”

When Scott’s smart phone finally did ring, he was in Pennsylvania lifting weights in the gym of Boyertown Junior High School East, where he teaches math, and where he and Victoria graduated.

“As mad as I was, I didn’t yell at her,” says Scott, a tall man with a crown of cute cherubic curls floating on his head like a cloud. “The ring was a symbol of our love. She was devastated and crying for days.” 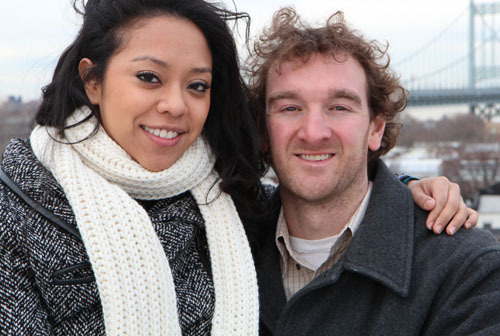 Photo by Nancy A. Ruhling. Scott is looking for a teaching job here.

Scott presented the ring to Victoria when he proposed to her in Central Park on a bench near Strawberry Fields on August 7, 2012. They had met in Boyertown, their hometown, when she was 15 and he was 19, and they had been dating for several years.

Victoria, an adoptee from Honduras who was raised by a single mother, had moved to New York City in 2006 to pursue her dream of becoming a makeup artist, while Scott remained teaching in Pennsylvania. He continues to commute, but is hoping to get a teaching job in New York City soon.

Sometimes, Victoria took Scott to her favorite shop, Pippin Vintage Jewelry in Manhattan. That’s why Scott knew Victoria would flip over the eye-popping 1950s emerald-cut diamond ring with its period platinum setting and sleek side baguettes. 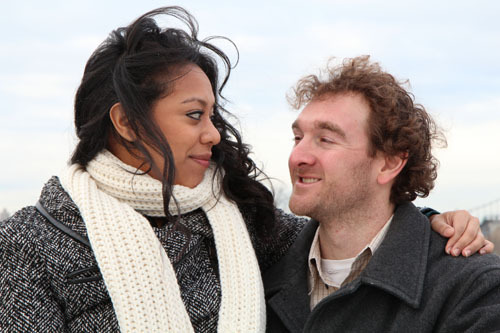 Photo by Nancy A. Ruhling. The 1950s ring was a symbol of their love.

This was for the woman he loved, so he thought nothing of paying nearly $12,000 for it and its diamond-studded ring guard.

“I saved up the money for several years, and I paid it in full,” he says.

In the interest of total transparency, it should be noted that the diamond ring isn’t the first thing Victoria, a creative spirit, has lost, and it probably won’t be the last. She has misplaced her passport, her wallet (twice), her cellphone and even Mimi (for 12 hours). 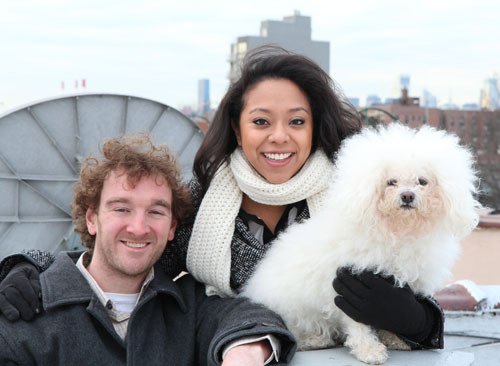 Photo by Nancy A. Ruhling. If she hadn’t walked Mimi…

“But every single one of them always found their way back to me,” she says. “With the ring, though, I may have used up all my luck.”

Victoria doesn’t understand how the ring and her finger got divorced. She had been so extra careful with it. She took it off only rarely — when showering or washing the dishes — and she always kept it in a ring box on her bedroom dresser. 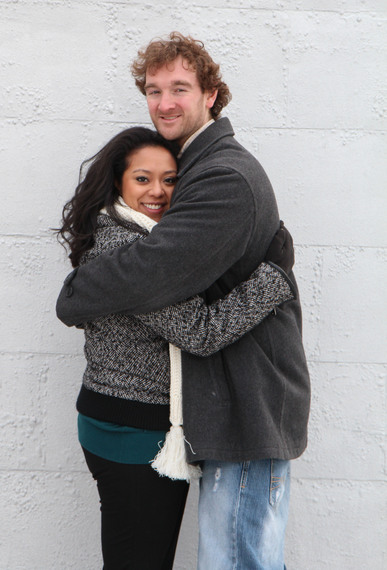 Photo by Nancy A. Ruhling. All is forgiven.

“I didn’t even wear it during my nine-day honeymoon in St. Lucia because I didn’t want it to get lost or stolen,” she says.

What with planning the wedding — they celebrated their union at Long Island City’s Foundry on July 17, 2013 before 100 guests — and preparing for their first holidays together as man and wife, Scott and Victoria never got around to sizing the ring or getting it insured.

“It was a little big,” Victoria admits, a tear sliding down her cheek. “It’s an antique. It’s not like I can pick up another one at Zales or send Scott to Jared’s. I had hoped to pass it down to the next generation if I had a daughter.” 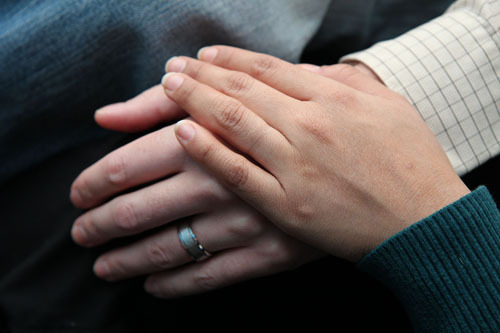 Photo by Nancy A. Ruhling. No diamonds, lots of love.

There may not be a diamond legacy in the Hoffman family. Scott and Victoria paid for their wedding themselves, and they haven’t begun to make a dent in the $50,000 bill it left on their credit cards.

While Victoria is waiting for her diamond to be found, she is wearing an inexpensive silver and turquoise ring, inherited from her great-aunt, in its place.

She hopes it won’t be forever, but even if it is, at least she and Scott have each other for all times.