The bedroom, painted bright blue, looks like a little girl’s idea of a fairy tale.

The fantasy furniture is covered with curlicues, and pictures of Disney’s Beauty and the Beast and Cinderella hang next to Broadway’s Les Miserables and Phantom of the Opera. 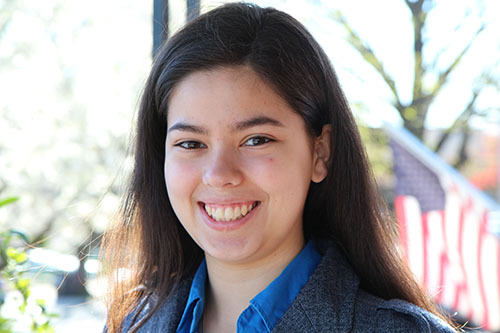 A sisterhood of American Girl dolls sits in a corner, staring at the spectacle.

So it’s all the more surprising when 16-year-old Mariadolores “Loli” Alvarez walks in carrying a bunch of books about the Holocaust.

On the top of the pile is the one she just wrote and published: Forgiveness Will Set You Free. 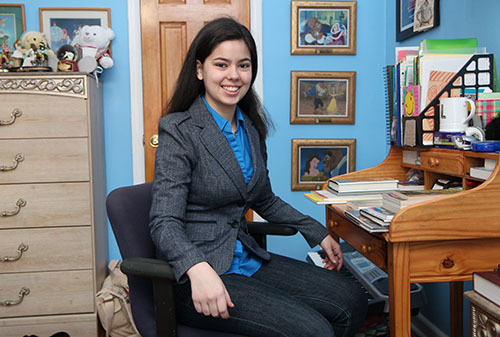 Photo by Nancy A. Ruhling
It took Loli less than a year to write and publish.

Forgiveness, which runs 249 pages including an English translation of German words, is the story of Nazi Germany as seen through the eyes of two teens — Kurt and Ilsa — and, of course, Loli.

“I started studying the subject when I was in third grade,” says Loli, a 10th-grader at the Baccalaureate School for Global Education. “Soon, it became my passion.”

The school requires students to create a personal project, which is what prompted Loli to produce her historical novel.

“I had already discovered that I loved writing,” she says. “And I wanted to explore my ideas further.” 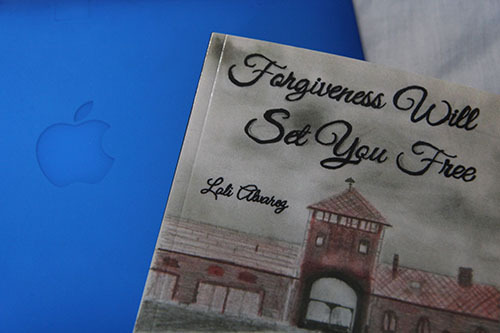 Photo by Nancy A. Ruhling
Loli’s novel is set during the Holocaust.

Loli, a graduate of the Gifted and Talented Program at P.S. 122, started the novel in December of 9th grade — before it was even assigned — and finished it in February 2015.

“I do everything early,” she says. “I wrote the bulk of Forgiveness last summer while I was visiting relatives in Galicia, Spain.”

Her father, Jose Luis Alvarez, is from there. So are the parents of her mother, Rosa Gonzalez.

Loli brings out a 3-inch-thick loose-leaf binder that’s filled with her research. It has the same cover she drew for the book: train tracks that lead to an empty station and an unknown future. 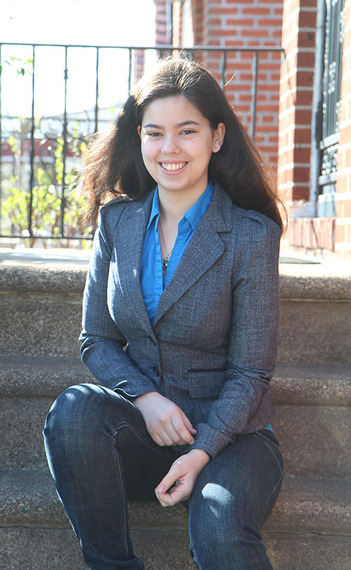 Photo by Nancy A. Ruhling
Loli is fascinated by the Holocaust.

She says things fell into place once she plotted the plot. She found the writing process fun.

“I like to manipulate readers and create unnecessary tension that leads to surprises,” she says. “In Forgiveness, there’s a bittersweet ending like all Holocaust stories.” 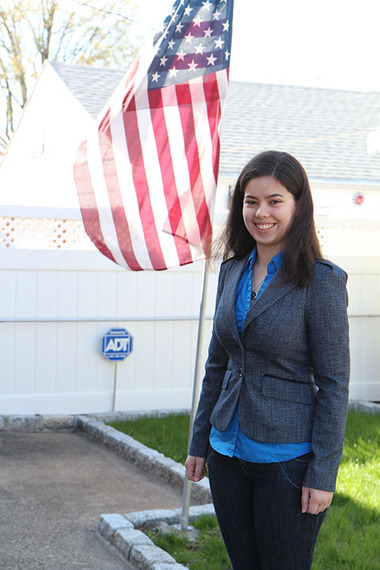 Photo by Nancy A. Ruhling
She devotes her time to family and schoolwork.

An earnest young woman eager to ace life, Loli’s not sure where her writing talent comes from. Her father constructs buildings, not sentences, and her mother is a New York City schoolteacher.

Loli’s schedule is as packed as a rush-hour subway car, which is why she got a head start on Forgiveness.

Mondays through Fridays, she’s at school. Although classes run from 8 a.m. to 2:10 p.m., Loli arrives at 7:15 and doesn’t leave until 4. She would stay longer, but that’s when the doors are locked. 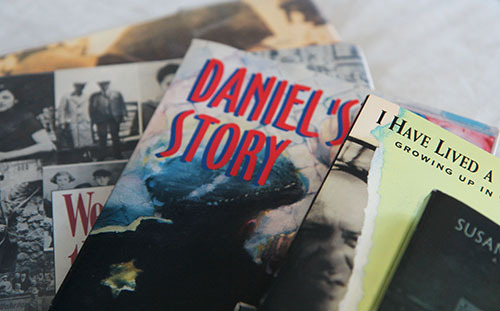 Photo by Nancy A. Ruhling
A selection of Loli’s research books.

“I use the time to do homework,” she says.

After a dinner break, she starts her studies again. 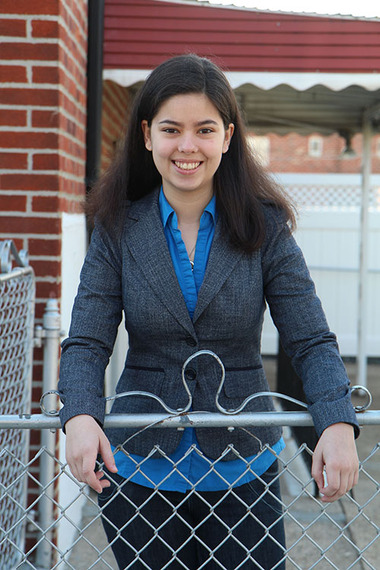 Photo by Nancy A. Ruhling
She’s considering a career in creative writing.

Weekends give her more time for lessons. On Friday nights, she’s at Agrupación de Lengua y Cultura Españolas de Nueva York from 6 to 9.

“I speak Spanish,” Loli says. “I’d like to fancy I’m fluent, but I’m not quite there yet.”

Saturday mornings, she teaches at her church, Most Precious Blood, preparing children for their first communion.

In the afternoons, she takes flamenco lessons, which she has been doing for nine years. 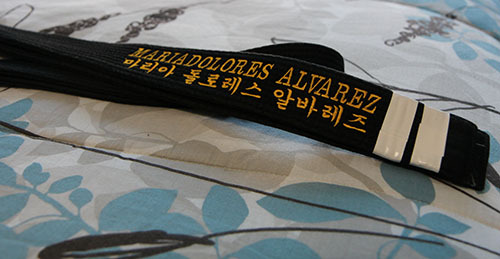 Photo by Nancy A. Ruhling
Loli has a black belt in Tae Kwon Do.

“I like the energy — there’s a lot of footwork — and emotion of it,” she says.

Sunday afternoons, she attends mass, serving as the head usher at Most Precious Blood. After the service, she takes another flamenco lesson.

There was a time when she had more time, but she doesn’t remember it. She goes to her closet and brings out the black belt she was awarded in Tae Kwon Do. She misses those workouts. But if an injury hadn’t sidelined her, her schoolwork would have. 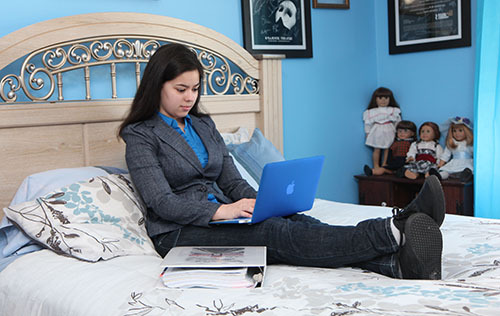 Photo by Nancy A. Ruhling
Loli is going to start her second novel soon.

It’s OK, she says. It’s more important to prepare for college. She’d like to study creative writing but may decide to be a teacher like her mother or even a psychologist who works with elementary students.

She has her big brown eyes set on Columbia, which she notes happily, is only a bus ride away. She doesn’t want to be separated from her parents and 11-year-old sister Isabella.

Loli already has ideas for more books and will be working on her second novel this summer. She doesn’t know how fast it will go because she wants to spend a lot of time with her relatives in Galicia.

Like Kurt and Ilse, the characters in Forgiveness, family is Loli’s No. 1 priority.