Don’t let the rocking chair fool you. Sure, Norm Sherman is sitting in it shoeless, but he has no real need of rest or relaxation.

A gregarious grandpa with a beard, he’s been working hard ever since he was 5, and at 76, he views his retirement as his final job, an important one he gives virtually all his time and energy to.

Seventeen years into his so-called non-working career, he has the rigorous routine down pat. What with running seniors programs at the North Queensview Homes and serving on its co-op board and its NORC Self-Help Advisory Board, plus sitting on the executive board of the New York City Elementary School Principals Association, Norm’s days are nearly as filled as they were when he was principal of P.S. 201 in Flushing. 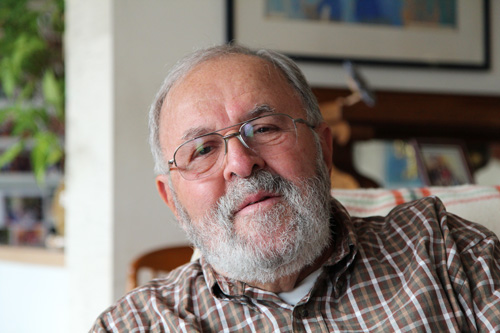 Photo by Nancy A. Ruhling
Retirement? Norm’s working harder than ever.

“It keeps me busy,” he says. “I was a taker all the years I was working, and now I have the time to give back to my community.”

Norm’s life of labor started in East Orange, New Jersey, where his immigrant parents — his dad was from Urkaine, and his mother came from Poland — owned a small grocery.

“When I was big enough to see over the counter, I started helping out, doing things like weighing potatoes,” he says. “We lived at the store in two unheated rooms. It was a predominantly black neighborhood, and we were one of only two Jewish families. It was the time of World War II, so there was anti-Semitism — not from the blacks but from the German families.”

By the time Norm, an only child, was in fourth-grade, his mom and pop had stepped up in the world and were prosperous enough to buy a house in a Jewish community in Newark. 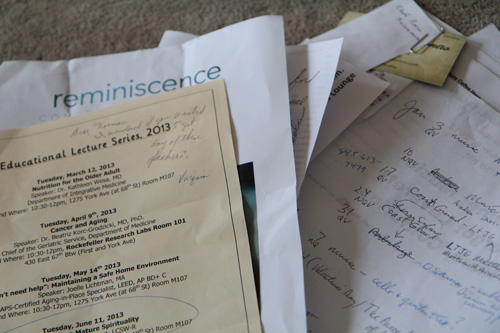 Photo by Nancy A. Ruhling
Norm’s Coffee Hour folder is filled with leads.

“They didn’t come home until 10 at night,” he says. “I took care of myself and cooked by own meals.”

Norm spent the summer before college at Y camp at Lake Como, which is where he met his wife, Sara Jane. He was 17; she was 15. He was a waiter; she was a guest. They weren’t supposed to mingle.

“She asked me to dance,” he says. “I thought they were going to fire me, but it was the last day, so nothing happened.”

Well, that’s not exactly true. Five years later, after they graduated from college, Norm and Sara Jane got married and had four kids, who have given them 10 grandchildren.

Norm’s parents wanted him to be a doctor, so he dutifully enrolled in medical school. 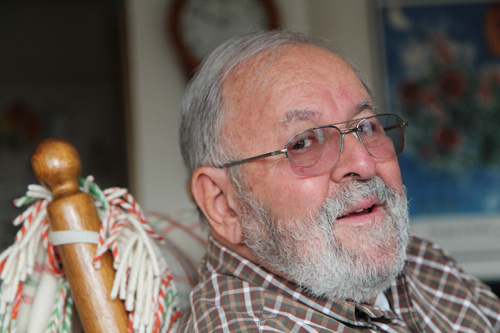 Photo by Nancy A. Ruhling
Norm has four children, 10 grandchildren and more energy than all of them.

“I hated every minute of it,” he says.

After a year, he dropped out and decided to become a science teacher. His first job was in a junior high in East Harlem, where he worked two more school-related jobs to earn extra money.

“I didn’t have a mother at home, so I worked harder so my wife didn’t have to go to work until the children were in school,” he says. “I didn’t get home until 11 at night.”

Ultimately, he became its assistant principal and eventually was promoted to principal, serving at P.S. 201 elementary school in Flushing for a dozen years.

“As principal, I got to play with all the blocks,” he says. “And I got to take it — it was a Title 1 disadvantaged school — and turn it into one of the highest test scoring schools in the district.” 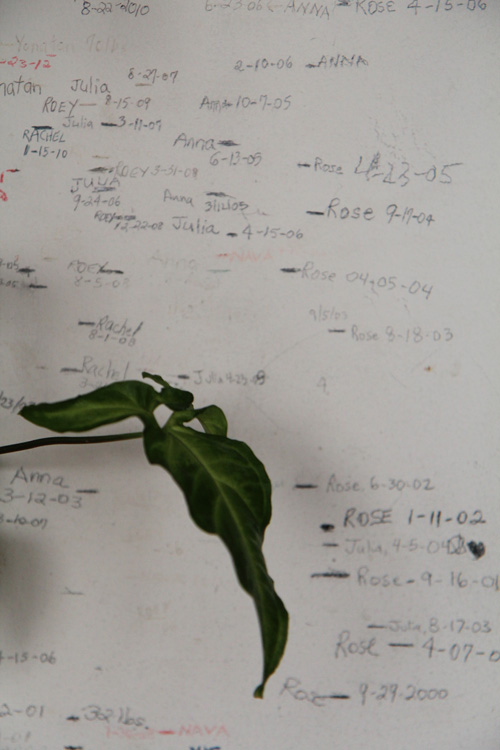 Photo by Nancy A. Ruhling
The writing on Norm’s wall tracks his children and grandchildren.

Norm being Norm, he made it more than a full-time job, skipping lunch, doing paperwork after hours and offering free tutoring sessions at his own home to some of the brightest students to prepare them for special high school entrance exams.

A couple of years ago, Norm scaled back his après-retirement work with the school system to focus on his Queensview duties, which include running the weekly Coffee Hour. Booking the guests, who have included everyone from City Council Speaker Christine Quinn to New York Philharmonic players, takes up a lot of his time.

“It’s like a full-time job,” he says. “I read The New York Times and The New Yorker, and I meet people in the locker room of the 92nd Street Y. When I shower, I listen to NPR, and I keep a paper and pencil in the bathroom so I can write down ideas.”

Norm’s always ahead of the curve, but it has never occurred to him to slow down. 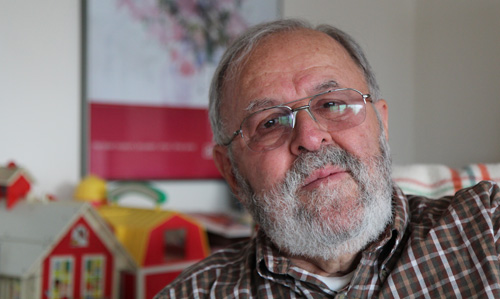 Photo by Nancy A. Ruhling
At 76, Norm’s still a kid at heart.

The “kid” just got back from what he describes as a grueling three-week trip to Vietnam and Cambodia.

He’s likely to gain them back quickly, he concedes, because he loves to bake.

“I make delicious Hallah bread and chicken soup,” he says. 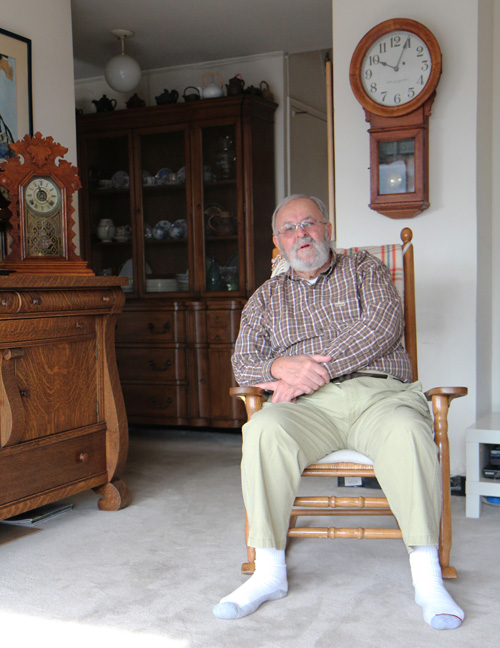 Photo by Nancy A. Ruhling
Just back from Cambodia and Vietnam, he’s ready to travel again.

Norm also watches birds and his grandkids. Two of his children live in Queensview. That’s why the living room is filled with plastic containers of toys. The three generations gather at Norm’s place every Friday night for a family meal.

Norm may have a full life, but he says there are lots of things he’d like to do and places he’d like to see before he goes to the “big schoolhouse.”

He sets the Coffee Hour schedule two months in advance just in case something happens. He recently issued an invitation to Chelsea Clinton. She didn’t say no, but she hasn’t said yes — yet.

When Norm was in Saigon, he ate at the same restaurant she did. The photo of her and her father was hanging on the wall. It gives him a reason to send a second query.