It all began because Brian Martinez didn’t like his mother’s cooking. 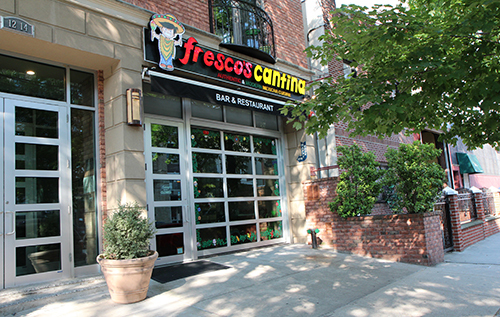 He refuses, however, to say she’s a bad cook. She is, after all, his mother. Even if he doesn’t love her cooking, he does love her so he puts the blame on his own stomach.

Her lack of culinary skills, he adds, wasn’t really her fault because she was working a lot and didn’t have much time to spend in the kitchen of their Bronx apartment. 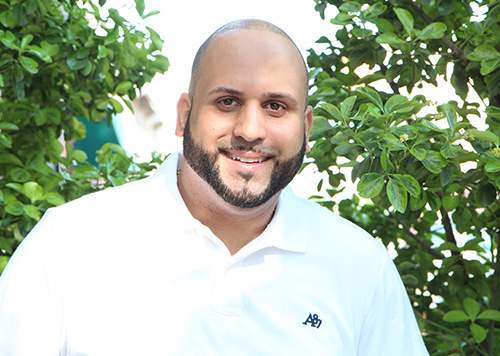 Photo by Nancy A. Ruhling
Brian was born and raised in the Bronx.

But Brian, an only child, did.

“I started making my own meals when I was 9,” he says. “My parents are from the Dominican Republic, so the first thing I made was white rice. I would come home from school and play around with ingredients for dishes until I got them right.”

Brian continued to play home chef, and after earning a bachelor’s degree in business management from Le Moyne College in Syracuse, he started thinking about opening a restaurant. 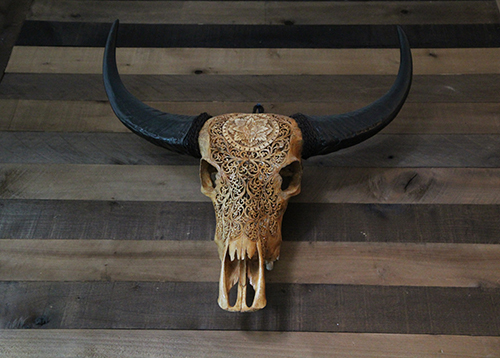 Photo by Nancy A. Ruhling
Fresco’s Cantina has a Western/Mexican ambience.

“I’ve always been entrepreneurial,” he says. “I’ve had the gift of gab ever since high school.”

In 2015, after doing marketing for two liquor-distribution companies and managing other restaurants, Brian opened not one but two restaurants in the Bronx: Travesias and La Parada Pit Stop.

He says it’s not as ambitious as it sounds. They are small and right next to each other. 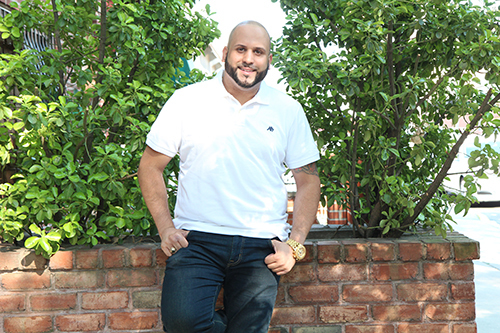 Photo by Nancy A. Ruhling
Brian owns two restaurants and a barbershop in the Bronx.

This year, he brought his pots and pans and recipes to Astoria and opened the Latin fusion eatery Fresco’s Cantina on 31st Avenue where Bear used to be.

“I got to know the area because I used to work in East Elmhurst,” he says. “I liked this location because there’s no other bar/restaurant in the immediate area.” 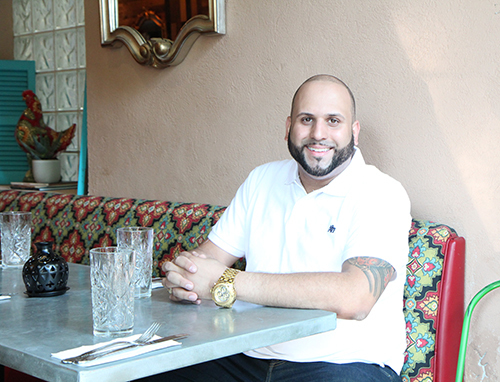 Photo by Nancy A. Ruhling
Brian traveled the world researching recipes and ingredients.

Brian named it after himself.

“My fraternity brothers in college called me El Fresco or the Fresh One as a term of endearment because I always had a very witty comeback,” he says. “Most people know me by that name. I wanted the restaurant to be homey and cozy with a personal touch. I wanted people to feel like it’s my bar, my restaurant.” 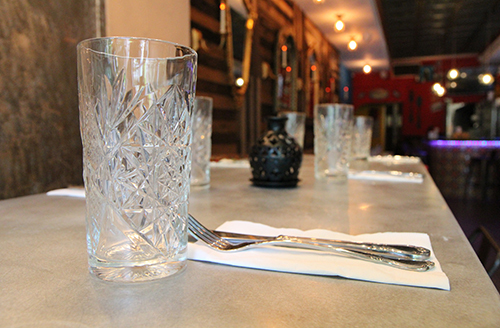 Photo by Nancy A. Ruhling
The tables are elegantly appointed.

Fresco’s Cantina opened the same time as The Bronx Barbershop, another of Brian’s businesses.

“The last three months have been nuts,” he says, “but it’s been a blessing.” 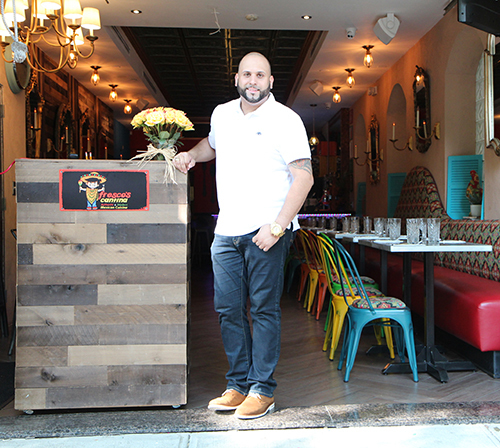 It is a lot of work. Fresco’s is only open for dinner, so Brian spends mornings in the Bronx then heads to Astoria in the evening.

“Fresco’s still needs a lot of my attention,” he says. “At my other businesses, I have good people under me.” 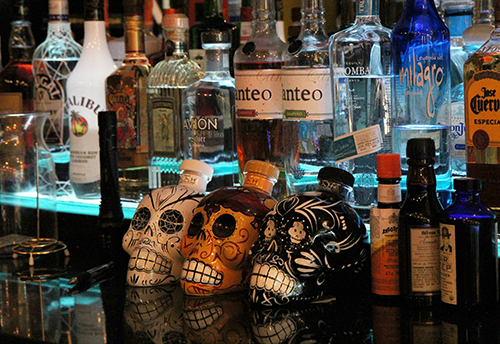 Photo by Nancy A. Ruhling
At the bar, skull-bottled tequila.

That may be, but Brian is always around to help out at his establishments whether that means waiting on tables, cooking or even cleaning the bathrooms. 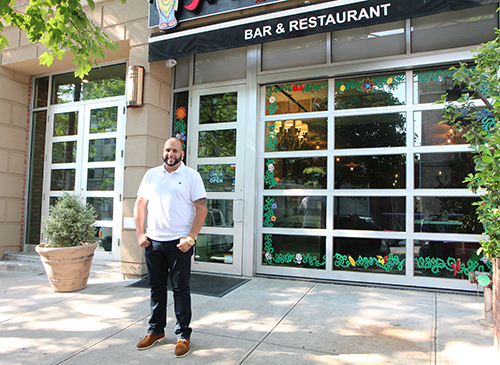 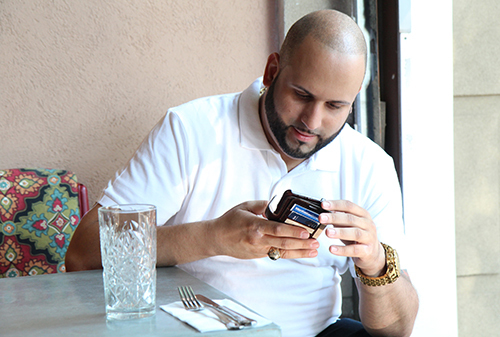 He’s quick to add that now that things have cooled down a bit, he’s been taking some Mondays off just as he used to do before Fresco’s came into being.

By the way, he forgot to mention that he’s also setting up a coffee shop in the Bronx for his mother to run. He’s been overseeing the construction. 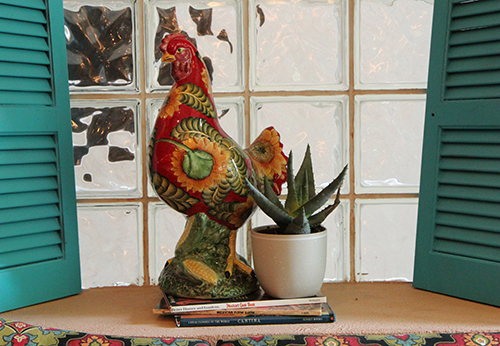 Photo by Nancy A. Ruhling
Brian did the interior design himself.

“I’m not going to open any more businesses,” he says. “At least not this year.”

Unless, he adds, an ideal opportunity presents itself.

About his mom’s coffee shop: She’s not going to be doing any of the cooking. 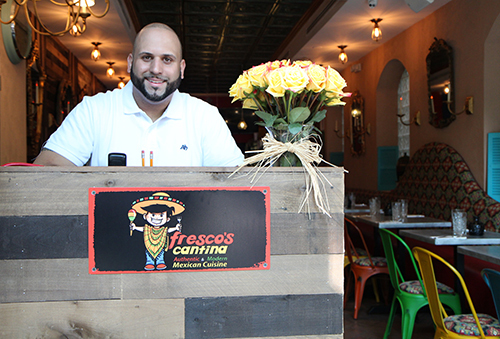 Photo by Nancy A. Ruhling
Welcome to Fresco’s Cantina!

“Because we want it to succeed,” Brian says.

He laughs, relieved that she won’t be going anywhere near the kitchen.