What do a statue of Ganesha, an electric-red Kramer guitar, a 20-year-old ZZ plant, ticket stubs from Bad Brains and OFF! concerts, a Malta stamp and a black Trek road bike have in common? 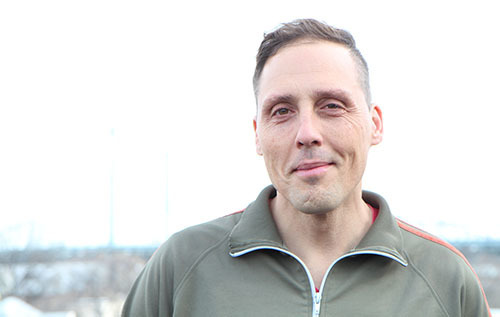 Photo by Nancy A. Ruhling
Mike’s a lifelong Astoria resident.

I told you you’d never guess.

Mike, obviously, is interested in a lot of different things.

Besides the aforementioned, he’s into carpentry, yoga, long-distance running, veganism, triathlons and nutrition. 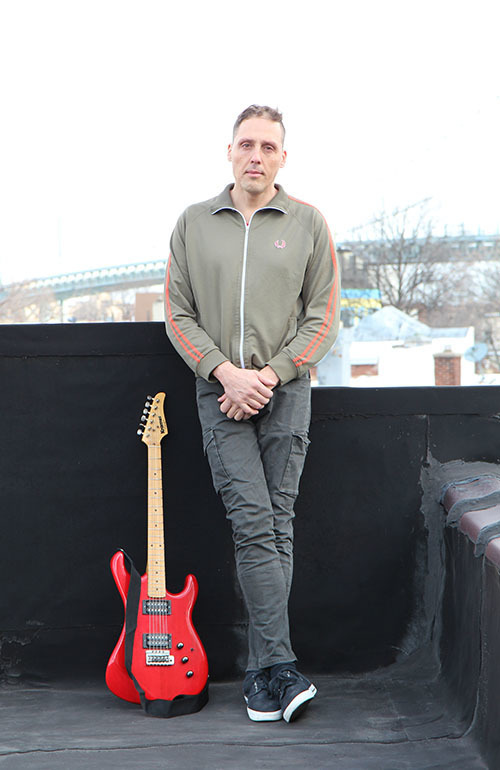 And probably a couple of other things that didn’t come into the conversation.

“None of the things I’m involved with would have happened if I were not from this neighborhood because I was influenced by or introduced to them by people from here,” he says.

Mike, calm and clean-cut, was born and raised in Astoria Park South, which he still calls home.

“I’ve lived in this apartment for 26 years,” he says. “Before that, I lived across the street.” 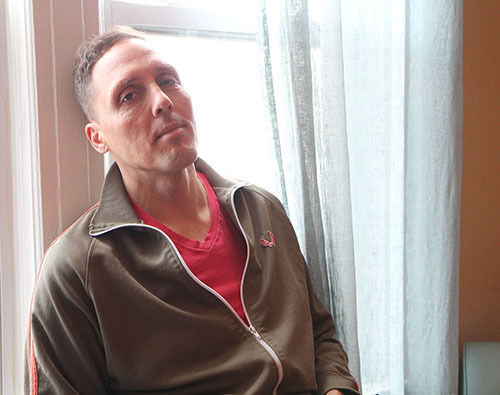 Photo by Nancy A. Ruhling
His day job is supervising construction and renovation projects in Manhattan.

Malta and music were among the first things Mike was exposed to. His mother’s family immigrated in 1963.

His maternal grandfather, who served in the British Royal Air Force and was the bodyguard and chauffeur of the archbishop of Malta during World War II, is featured on a stamp, shown in uniform carrying the cleric in a ceremonial sedan.

“When I was a child, he was my mentor,” Mike says. 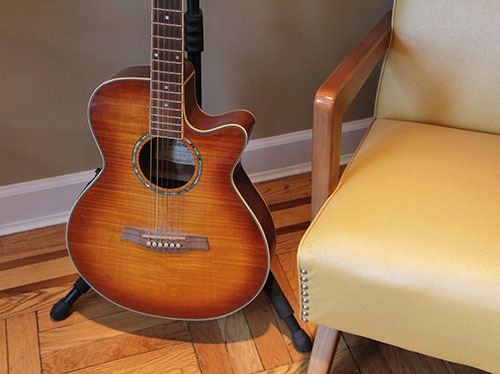 Photo by Nancy A. Ruhling
His guitar collection includes an acoustic Ibanez.

“My father left his vinyl collection behind, and my mom showed me how to put the needle on the record player,” he says. “I listened to a lot of British rock like the Beatles.”

During the summers, he and his two younger brothers visited Malta, where Mike still goes every couple of years.

The Astoria South Park neighborhood was filled with musicians, and although Mike liked to noodle around on his friends’ instruments, he didn’t get his own guitar until he was 17, when the punk scene was in full swing.

“Someone I knew was going on tour and needed money, so he sold me a Kramer for $200,” he says. “I had money because I was working at a gas station. I had started that job when I was 11.” 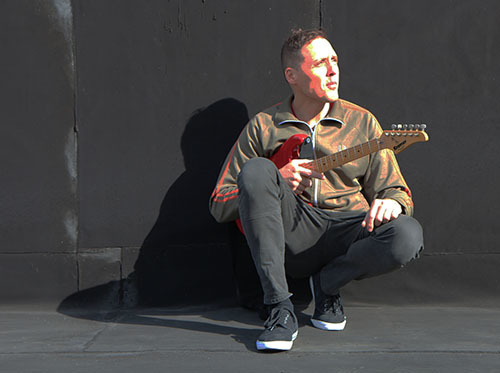 Photo by Nancy A. Ruhling
His band recently opened for Korn.

Speaking of school, Mike, who was expelled from Bryant High School for fighting, took a yearlong course at automotive school.

“This was the era of muscle cars, and I used to do illegal drag racing,” he says. “I made some money and I lost some money, but I never got hurt or caught.”

After a short stint working for a company that rebuilt motors, Mike became a carpenter’s apprentice. When he wasn’t on a job, he was on the stage.

“I worked during the day and played at night,” he says, adding that he released records and did national, European and Asian tours. “I never pursued music as a career because I became a father when I was 22. My family became my priority.”

But Mike never abandoned his side career. Earlier his year, he and his mainstream-sounding rock/metal band, Kings Bounty, opened for Korn in Anaheim, Calif.

“Music has always been fulfilling because I love to do it whether I make money or not,” he says.

It was music, in fact, that led him to his other pursuits. 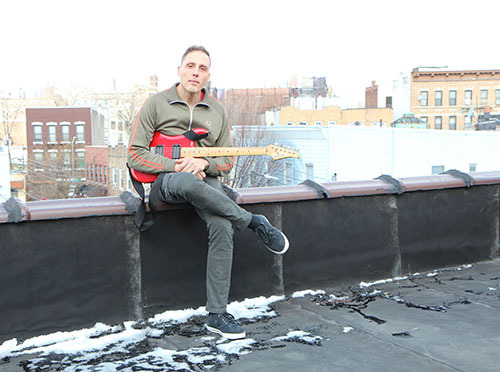 Photo by Nancy A. Ruhling
Mike has embraced a spiritual, healthy lifestyle.

“As a musician, I was smoking and drinking too much and eating too much bad food,” he says. “I also was on medication for stomach ulcers.”

One of his musician friends persuaded him to lead a healthy life.

“I went cold turkey,” he says. “I quit all my bad habits and lost 70 pounds. I am no longer on medication. I became a vegetarian and for the last several years, I have been vegan. I thought my creativity would decrease, but it actually got better when I was writing music with a clear mind.”

To keep in shape, he began running half-marathons and competing in triathlons.

“I’m pushing 50, but I can do things athletically that I couldn’t do in my 20s,” he says. “I can cycle to and from Long Beach and to and from Nyack.” 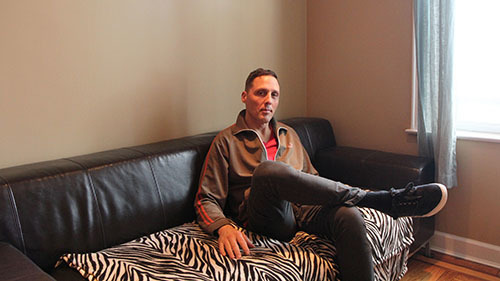 Photo by Nancy A. Ruhling
He runs half-marathons and does triathlons.

About a decade ago, Mike started practicing yoga.

“My girlfriend at the time had passes to a studio that did hot yoga,” he says. “It was all women. The instructor looked at me and asked, ‘Did you lose a bet or something?’ I said, ‘No, I just want to try it.’ I had never done a physical/meditative practice before, and I was hooked.”

Yoga opened up his spiritual side.

“I’m a Hindu in learning,” he says. “Hinduism is so complex that it takes a lifetime to fully understand it.” 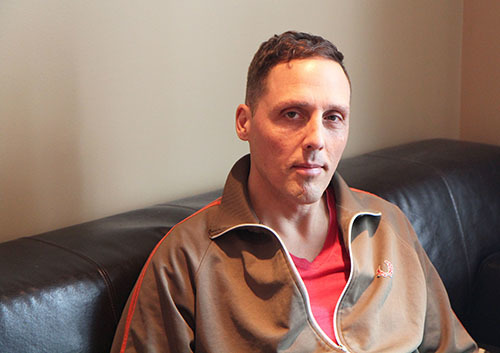 Photo by Nancy A. Ruhling
Mike’s ready for more adventures.

Mike, who is a job supervisor for large commercial construction and renovation projects in Manhattan, is helping others turn their lives around.

“I recently got my drummer to change his eating habits,” he says. “He dropped 70 pounds in six months and ran with me in a half-marathon. Watching him come out of that situation – that’s the payoff for me.”

Mike has done a lot of things and undoubtedly will do many more that he cannot even imagine yet. But there’s one thing that he knows will never change: his love for Astoria.

“I’ve traveled a lot,” he says, “but I always kiss the ground when I get back home.”