“My life is bagels,” declares George Menegatos. “It’s my love.” George is the co-founder of New Yorker Bagels.

George, the co-founder of New Yorker Bagels, is standing in his Long Island City factory opening his arms in a wide embrace that is meant to take in every single one of the 75 million bagels he bakes every year.

If you haven’t heard of New Yorker Bagels, chances are you’ve eaten one or even a dozen because it’s the world’s largest wholesaler of fresh-baked bagels.

You may have bought a couple at Whole Floods or noshed on a few in Washington State, Arizona, Connecticut, California, Colorado or even eaten some in South Korea, Japan or China.

George, who was born and raised in the city of Assos on the Greek island of Kefalonia, spent the first 23 years of his life without ever taking a bite of a bagel.

(For the record, George likes all 20 of New Yorker Bagels’ flavors but has a particular fondness for the cinnamon and raisin, cranberry and olive varieties.)

George, a solid man with a barely there halo of white hair and blazing blue eyes, grew up in the grocery business. 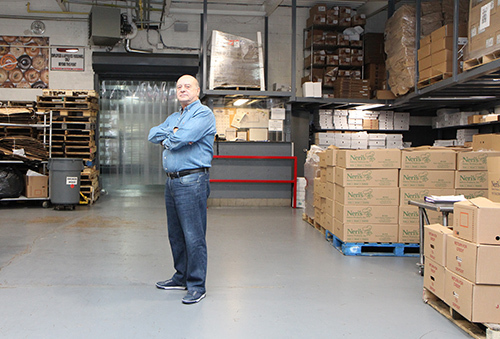 George in the factory.

When he was 7, he started helping out at his parents’ mini-market, a practice he continued through high school.

When he turned 18, he became a sailor on a commercial ship that brought Colombian sugar to the Brooklyn Navy Yard.

He entertained the idea of earning the title of captain, but when he was 21, he decided to let the ship leave New York City without him. 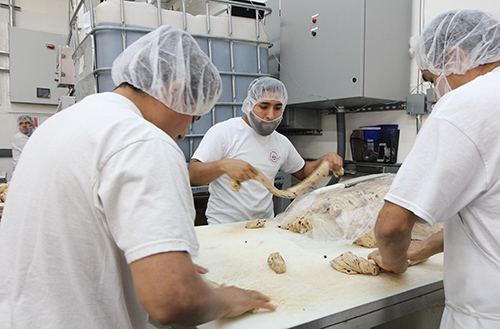 “I had my first bagel when I was 23 in a Manhattan coffee shop,” he says. “I had never even heard of bagels. I liked it a lot, but I never thought I would make one.”

He also found something else he liked at the coffee shop – a woman.

“I got married to her because I needed papers,” he says, adding that he eventually became a U.S. citizen. “We stayed together five years then got divorced.” 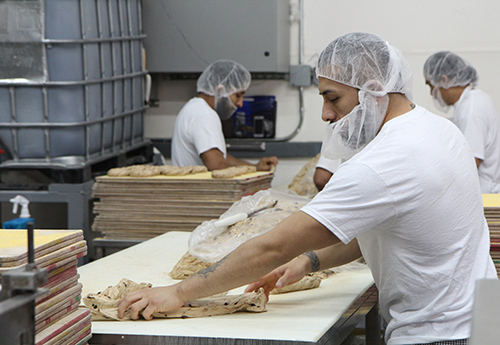 During that time, George worked in restaurants, buying one with the same friend who would become his partner in New Yorker Bagels.

In 1980, they bought a little bagel shop in Manhattan.

It was around that same time that George met another woman in another coffee shop.

“We’ve been married 37 years, and we have three beautiful children – two sons and a daughter,” he says. 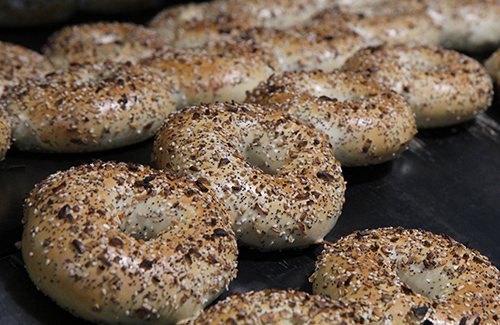 Hot from the oven.

The shop started selling wholesale, and the business expanded and moved to Astoria in 1986.

In 1992, the factory took over a long and low triangular building in Long Island City across from Ravenswood Houses on 12th Street.

There’s a gigantic construction-orange bagel-shaped logo outside, but your nose is your best GPS. Follow the sweet scent of bread baking in the oven. 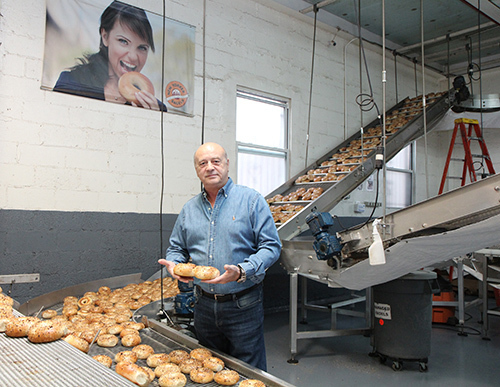 George is at the factory six or seven days a week.

“I had never made a bagel before,” George says. “But in my hometown, my parents and I baked bread for the town, so I had some idea of how to make the dough. And I made my own recipes.”

Today, 60 workers make the brand’s signature hand-rolled and mini and large bagels, and the borough’s only bagel factory operates 24/7.

“I used to do everything myself from making the bagels to fixing the oven when it broke down at 2 a.m.,” says George, adding that it was always more fun than work. “We are a family operation – I’ve had some people working for me for 35 years, and 90 percent of the staff has been here over 20 years. I’ve hired sons and daughters of workers.” 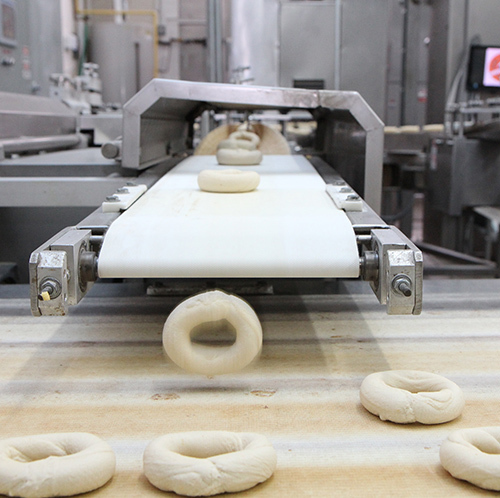 Waiting for your mouth.

He attributes his success not only to his loyal staff but also to his longtime customers.

“This factory is my house, it’s my life,” he says, sitting in his office, where colorful icons of Greek saints decorate a wall. “All these years, my wife almost never saw me. When I was home, for three to four hours, I was sleeping.” 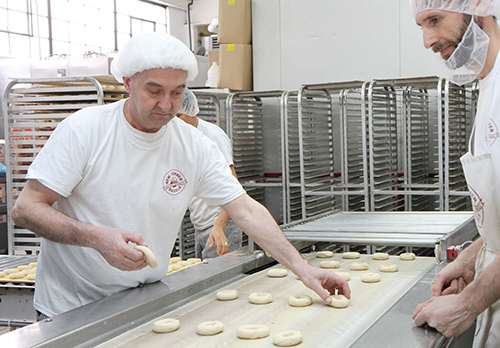 Recently, he has started taking some time off.

“I do go to Greece for a couple of months each year,” he says, almost apologetically.

George figures that when he’s in his mid-70s, which he swears is a long time away, he’ll be able to take it easy. 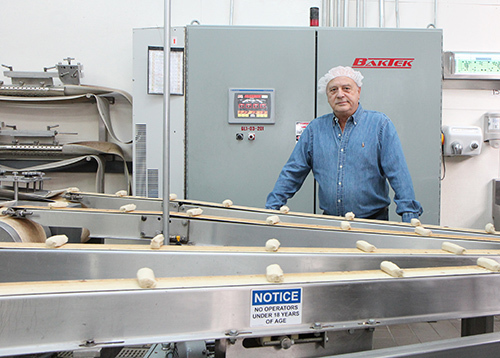 He wants to open a second factory.

Actually, he could do that now.

“My son Steven has replaced me,” he says. “And my partner, Stefanos Evangelinos, is like a third son to me.”

But there are still things George wants to do. 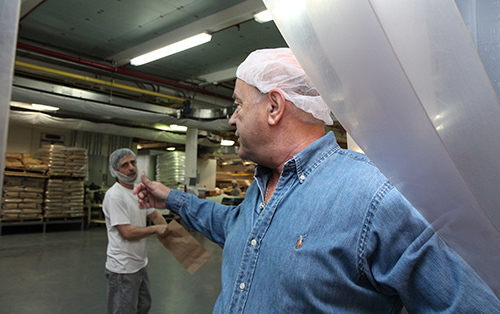 In five years, he’s hoping to open a second factory.

“I’d like to keep it in Astoria or Long Island City close to where this one is,” he says. “But maybe we’ll put it in New Jersey or in the Bronx.”

“I would only come in for five or six hours each day,” he says.