There aren’t any ballet dancers in Kilgore, Texas.

You should be aware of that before you hear the story of Eric Ragan. 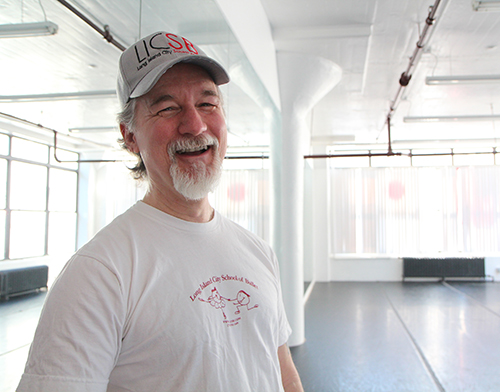 Eric, the founder and director of the Long Island City School of Ballet and its Long Island City Ballet, was born and raised in that tiny town, whose only other claim to fame is that it was the home of the celebrated classical pianist Van Cliburn.

Early on, Eric showed an interest in music (he played the saxophone) and was encouraged in this pursuit: His father was a musician/music teacher, and his mother was a competitive baton twirler/secretary.

Despite his lack of knowledge of the barre, Eric’s limbs longed to leap. When he was 10, he taught himself to break dance. 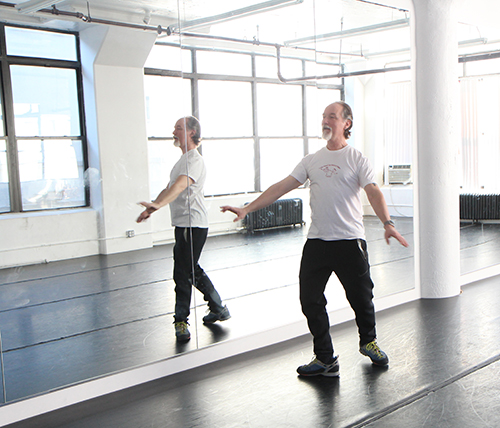 The movie White Nights got him interested in ballet.

“My friends and I practiced in an old bus shed,” he says, adding he saw the moves in movies. “We got so good that even though we were under age, we were doing exhibitions in nightclubs.”

He considered it nothing more than a hobby, and in community college he chose to concentrate on his music.

It was seeing White Nights, the 1985 Mikhail Baryshnikov ballet defection drama-thriller, that persuaded Eric and his feet to move in a different direction.

“Immediately, I wanted to be a ballet dancer,” he says. 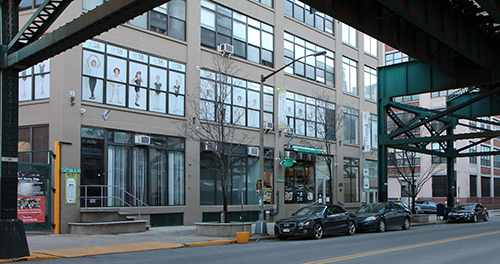 He pronounces it baal-ey, placing the emphasis on the first syllable with the twinge of a Texas twang. French, he says, is too fancy for his Lone Star State tongue to twist itself around.

Eric, who has a snow-white goatee on his chin, a gold ring in his left ear and green Garmonts on his feet, didn’t listen to him. 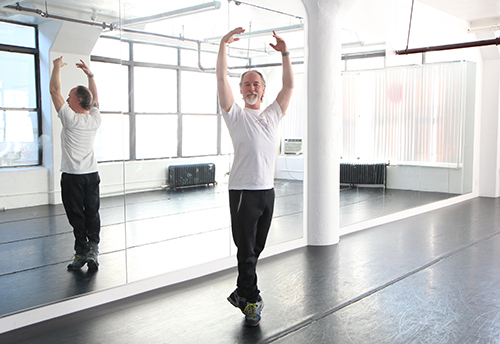 Eric got started in ballet late — when he was 18.

“I took one class in college,” he says. “I got my friend, a trombone player, to go with me. He lasted about a week.”

Eric never stopped dancing, but he did quit college to immerse himself in private training.

“I was insanely lucky because some of the Ballet Russe dancers had retired and moved to the South because of all the oil money,” he says. 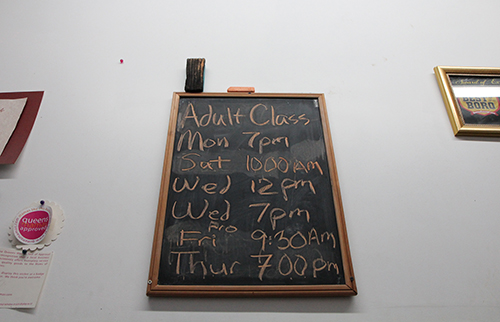 The school also offers adult classes. Eric’s wife, Mary, is one of the students.

To conquer what he calls a “meteoric learning curve,” Eric danced until he dropped.

“I didn’t have the bone density of the other dancers because I started so late,” he says. “I developed shin splints, and I used to stand in trash cans full of ice water after practice to ease the pain.” 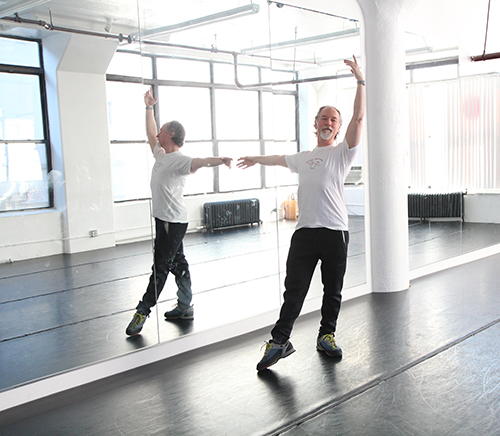 Eric was a guest dancer for various NYC companies.

The hard work and soaked legs and feet paid off: In 1988, Eric got a contract with the Tulsa Ballet Theatre.

He and Mary, who he met in college and would later marry, moved to Oklahoma, where the troupe was. 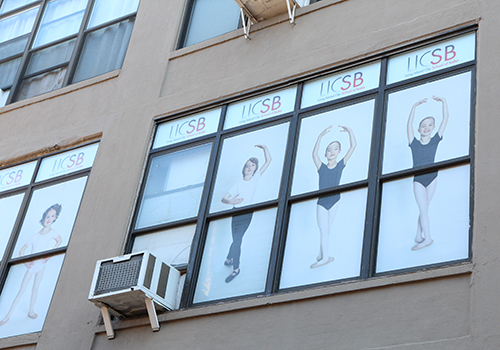 After that, he danced with the Austin Ballet in Texas and the Eugene Ballet in Oregon.

For a while, the couple moved to Switzerland, where Eric danced at the Stadttheatre St.Gallen before returning to the recently merged Eugene/Boise Ballet, which was based in Idaho. 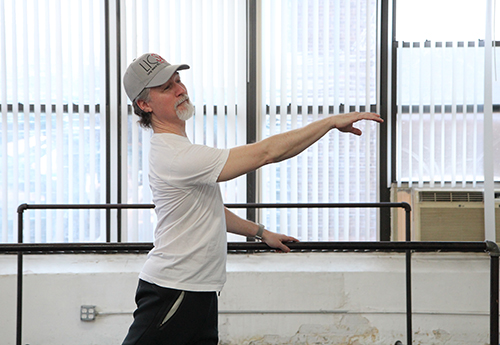 Eric spends about 70 hours a week at the school.

New York City seemed like the logical next step.

In 1998, they moved to a cheap apartment in Long Island City close to the Court Square Diner, and Eric became a guest artist for Dances Patrelle, Ballet for Young Audiences, American Ballet Theatre and with The Suzanne Farrell Ballet at Kennedy Center.

“The school started when a friend asked me to teach her son ballet,” Eric says. “But her son didn’t want to learn ballet. And I hadn’t thought about teaching – I’d never done it before.” 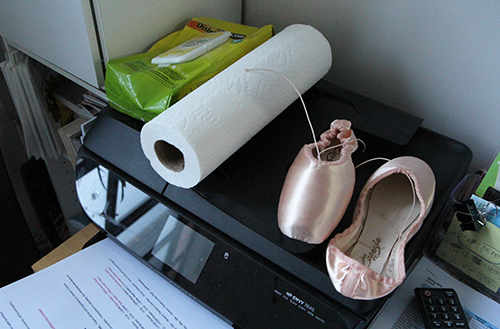 So Eric created SportsDance for Boys, cool choreographed routines with superheroes and light sabers that sneak in ballet moves.

All the work at the school doesn’t leave Eric much time to perform. (Every Christmas season, though, you can see him play Herr Drosselmeyer in the New York Dance Theatre’s production of The Nutcracker in Commack, Long Island.)

“I miss dancing every day,” he admits. “I didn’t have an injury, but I retired because I couldn’t keep up any more with the classes and the performances. I lasted 25 years, and that’s a long time.”

The first group of students at the ballet school, the only one in Long Island City, are coming of age. They are getting positions in bigger programs like the American Ballet Theatre and The School of American Ballet at Lincoln Center. 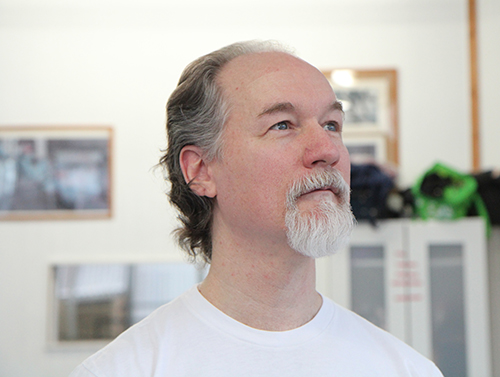 Eric performs in The Nutcracker every year.

Someday, Eric hopes the Long Island City Ballet will be among their choices.

“I’d like to make it a regular company,” he says. “That’s always been the plan.”

When that happens, Eric, who devotes about 70 hours each week to the school, will have more to do every day.

That, he says, will be something to dance about.