As soon as Dan and Shaun Dougherty sit down, they start reminiscing. The brothers come from a large family — they are two of nine — so there were few times when they were growing up that everyone gathered at one table.

It’s still a rarity to see the two together even though they are business partners. Their farm-to-table New American Cuisine restaurant, Crescent Grill, has been open for a year and a half, and it keeps them too busy to socialize. 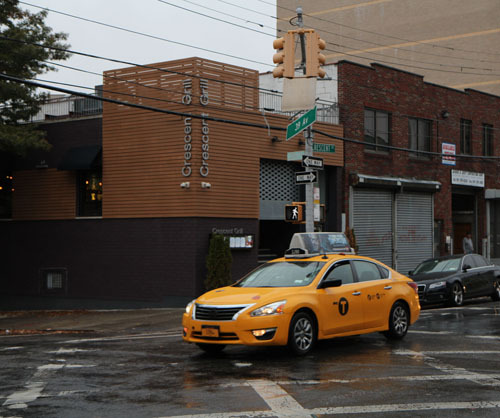 Photo by Nancy A. Ruhling
Crescent Grill opened in the summer of 2013.

Now that they’re chatting, though, they don’t want to stop.

They were raised in Johnstown, Pennsylvania, a sleepy steel town some 70 miles east of Pittsburgh that has the dubious distinction of being the home of three history-making floods (1889, 1936 and 1977) in a little less than a century.

They lived on a four-acre property that had been part of an old farm; their grandmother, who lived nearby, had a garden, and she supplied the family with fresh produce.

Dan and Shaun learned to work hard at an early age, taking part-time jobs in their early teens.

“Everything we needed was provided, but everything we wanted we had to pay for ourselves,” Shaun says. “We went to Catholic schools, so we were very disciplined.”

Dan, who is older by a decade and taller by a foot, focused on swimming; through college, which he paid for mostly with his own money, he had dreams of making the U.S. Olympic water polo team. 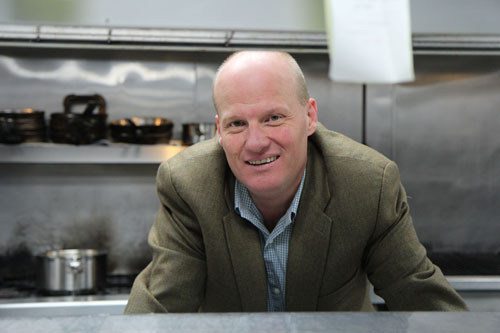 Photo by Nancy A. Ruhling
Chef Shaun in the kitchen.

When that didn’t work out, he came to New York City. He didn’t have a job, but he did have $100 and a belief that he could make it on his own.

“I had been to Manhattan a couple of times,” he says. “As a gay man, I was excited to see men walking in the East Village holding hands, something that would have gotten me shot in my hometown.”

There were no full-time jobs in the late 1980s, so he tried a variety of things, notably fashion-show modeling, acting and waiting tables, before he found a steady career in the corporate world. He got a very cheap apartment, saved his money and bought a four-story townhouse in the Hunters Point Historic District.

Shaun, like Dan round of face and bald of pate, was pursuing a less conventional path. At 15, he got a job as a busboy at a steak and seafood house.

“It was like going to a party every night,” he says. “There was a lot of clamor in the kitchen, and I was shocked because when the steaks came out, they were huge. I couldn’t believe they were for one person; in my house, one would have been for the whole family.” 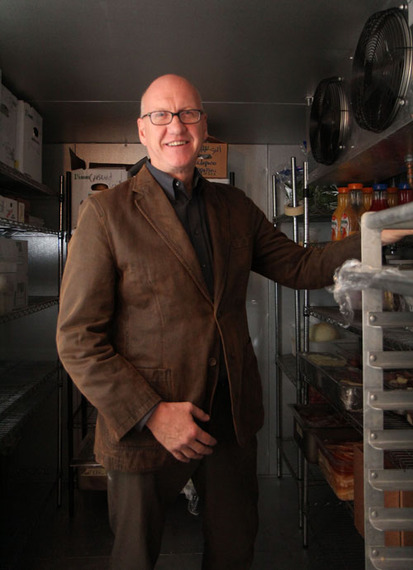 Photo by Nancy A. Ruhling
Dan works in a law firm during the day.

When Shaun ran out of money, he quit culinary arts school and signed up for two years in the Navy, which offered health insurance and three square meals a day.

“Boot camp wasn’t that bad,” he says. “It was a lot like Catholic school except the nuns didn’t curse you out when you did something wrong.”

After working in a couple of restaurants, he opened one in Johnstown.

“It was always my dream to be a New York City chef,” he says. “During the 2008-09 recession, I was struggling and looking for a place to open a new restaurant, and Dan was looking to invest some money in a business.”

The 1991 building they bought, on Crescent Street at 39th Avenue, had been the home of a wholesale beauty-supply house. 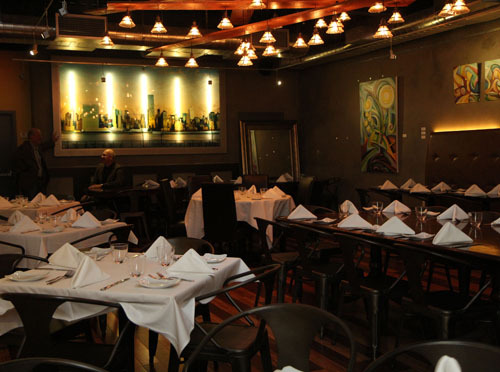 “We know this area is up and coming,” Dan says. “It’s a challenge because it’s not a destination yet. There are only a handful of restaurants in the area, but there are more than a dozen hotels, so there is a need.”

Dan and Shaun split their duties. Dan, who works for a Manhattan law firm during the day, drums up business. He hands out fliers at the subway station and works the hotel circuit. At the dinner hour, he returns to greet guests.

Chef Shaun spends a lot of time visiting farms; his circuit includes Staten Island, the North Fork of Long Island, Red Hook, Brooklyn, and areas as far away as Binghamton and Albany.

“I sometimes help with the seeding and harvesting,” he says. “I like riding on tractors.” 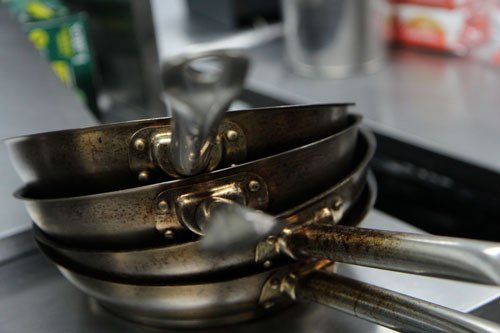 Photo by Nancy A. Ruhling
Pans awaiting their turn for the stove.

Recently, Shaun took an apartment in Jackson Heights, but he goes home a couple of times a month to visit his wife, a bariatric surgeon who is looking for a position in Manhattan.

For the time being, the brothers’ sister, Kelly Polasko, is handling the business side of the business. She’s commuting from Pennsylvania, where her husband and grown children live.

Dan and Shaun see the Crescent Grill as an opportunity to invest in the community. Dan is a longtime art collector, so a part of would have been dining space has been turned into a gallery that features local works.

“I’m staggered by the data that links obesity to processed foods,” he says. “Having the restaurant gives me the opportunity and obligation to help others.” 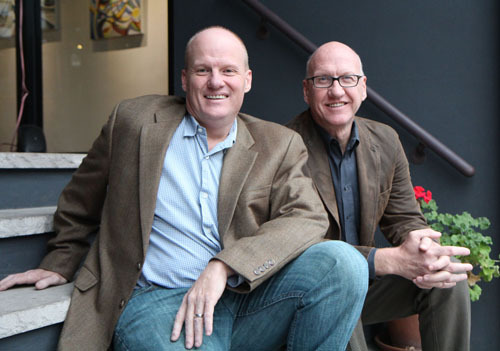 Photo by Nancy A. Ruhling
For Shaun and Dan, it’s all about food and community.

He could see himself creating a farmer’s market and bodega, and he’s already talking with schools about giving cooking lessons.

“We owe it to the next generation to do this,” Shaun says.

“And to each other,” Dan adds.

But first, they have to make Crescent Grill work. That’s why they run a free shuttle for diners.

Today, the driver called in sick, so Shaun is playing chauffeur and chef.

He apologizes because he has to go now. Two customers are waiting for him to bring them to brunch.