The first thing you see when you enter Pete Silletti‘s office is the company logo. If you don’t recognize the “you’re in good hands” corporate art, it is spelled out in huge, shiny silver letters: Allstate. 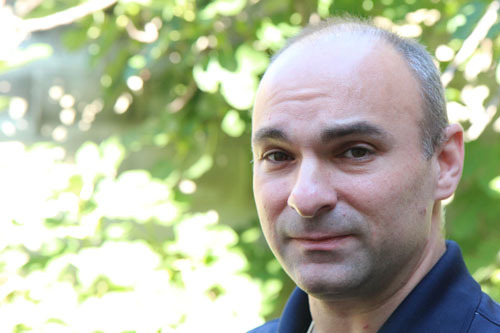 Photo by Nancy A. Ruhling
Pete owns the Allstate office on 23rd Avenue.

Pete’s profession is about helping people in need. He sells auto, home, life and business insurance. What he likes to think of as peace of mind.

Clients only contact him when disaster strikes — the car crashes, the house burns down, a loved one dies, someone sues the company.

And that’s a real loss because Pete, an all-American good guy with a home-run smile, is a people person. That’s probably because he started his career playing to cheering crowds. 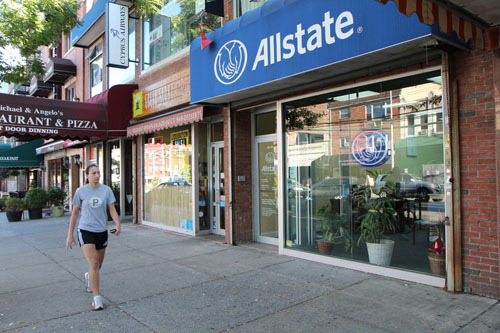 Photo by Nancy A. Ruhling
Pete opened the office two years ago.

So much is the game of baseball a part of him that he doesn’t remember a time he wasn’t at bat.

“I started playing as soon as I could stand up,” he says.

His earliest games were in Gravesend, Brooklyn, where he was born. When his family moved to upstate Harrison, 6-year-old Pete took his bat and catcher’s mitt with him. 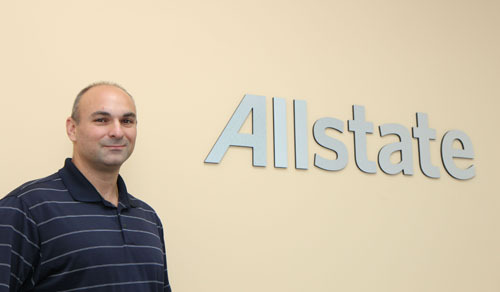 Photo by Nancy A. Ruhling
Pete started his insurance career after his daughter was born.

“Our family never took summer vacations because my younger brother and I were always playing in Little League games,” he says.

Like a lot of little boys, Pete dreamed of playing professional ball. His commitment to the sport never wavered. He played all through his years at Princeton University, where he earned a degree in ecology and evolutionary biology.

“My plan was to play baseball then become a doctor,” he says. “I wanted something to fall back on because ballplayers don’t have long careers.” 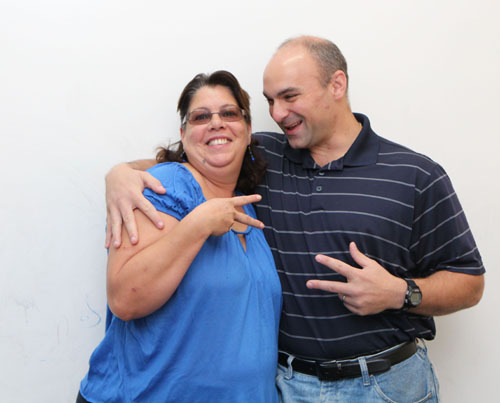 He was lucky — and skillful — enough to make the minor leagues, playing catcher for the Toronto-based Blue Jays.

When the team released him, he decided to play it safe and get a conventional full-time job. 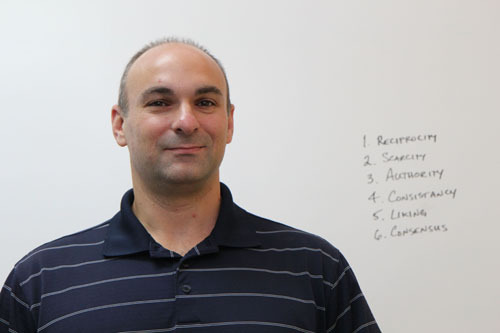 He did return to Princeton, this time as an assistant coach to the varsity baseball team. Six years later, when he married his college sweetheart, he took a job at a car dealership.

“I knew that if I wanted to have a family and own a house, I would have to get a job that paid more,” he says. “This one did, but it also took all of my time.”

He transferred to the insurance business after his first child, Elizabeth, was born six years ago. 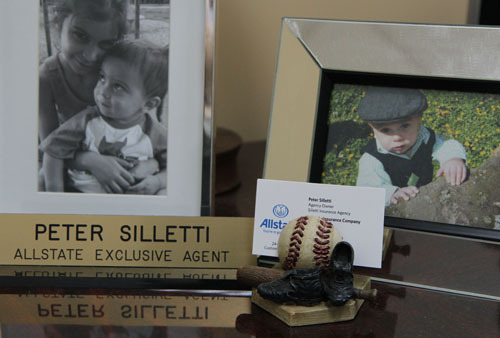 “I was missing everything she did,” he says. “I wanted to be home with her more.”

After working as an agent with his uncle in Rockaway, he bought an Allstate office and opened on 23rd Avenue two years ago, right before the arrival of his second child, Anthony.

“I decided to do this because I wanted a nice solid, secure foundation for my family,” he says. 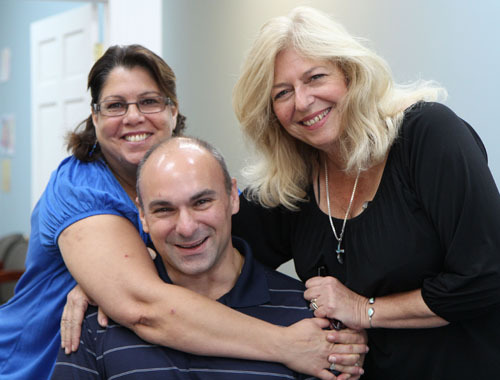 Pete, who commutes from his home in Oakland, New Jersey, enjoys forging relationships with people in the neighborhood.

“I hope and pray every day that people don’t have to use the service I sell them because that means something bad has happened,” he says. 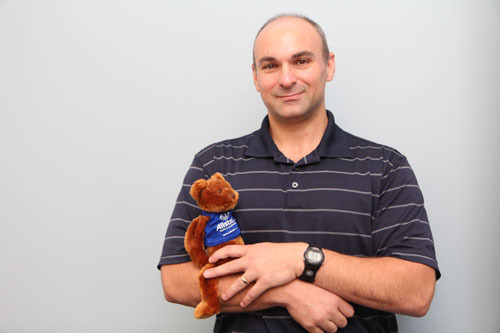 Photo by Nancy A. Ruhling
In good hands with Allstate.

Pete mans the office, which has six agents, at least five days a week. His uniform is khakis and polo shirt. On Saturdays, he sports jeans.

He spends his free time with his wife and children, re-routing his schedule to put it in sync with theirs. He runs, works out and lifts weights before coming to the office.

What he doesn’t do is play baseball. 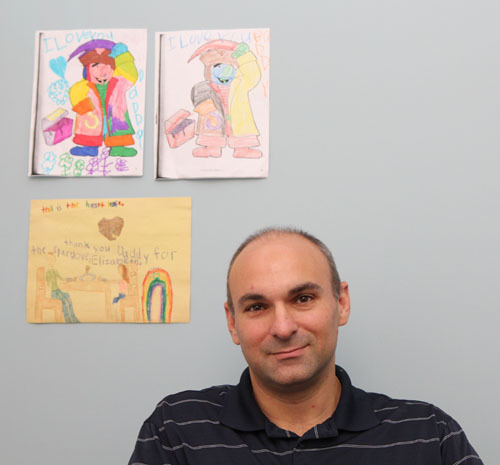 Photo by Nancy A. Ruhling
His kids’ artwork is high on the wall.

“I wish I did,” he says. “It would be too much of a selfish pursuit because I would have to do it at night, and I don’t want to be away from my family.”

Instead, he watches his kids play and cheers the Yankees. Last season, he coached Elizabeth’s team.

“I consider myself very fortunate,” he says. “I never planned to become an insurance agent, but life has a way of happening. I believe that things always happen for a reason. I thank God for everything I have every day.” 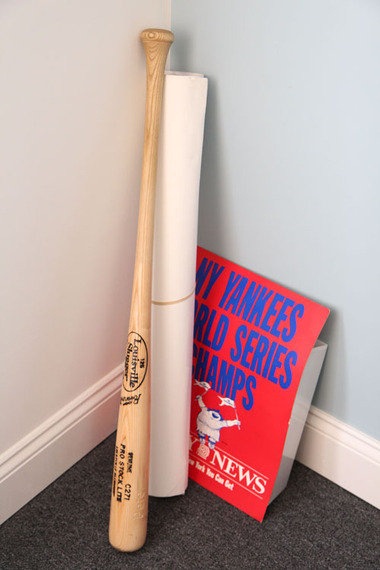 Photo by Nancy A. Ruhling
Pete’s unused bat stays in the corner.

As for baseball, Pete misses it. A lot.

There’s a wooden Louisville Slugger propped up, virtually hidden, in a corner of Pete’s office. It looks as though it has never made contact with a ball.

Above it, prominently displayed on the wall, are pictures Elizabeth and Anthony have made for him. Pete beams when he looks at them.