The cats didn’t do it. Paul Santell wants that to be perfectly clear before he bares his left arm. 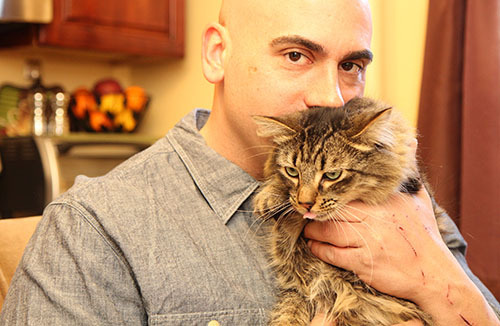 Photo by Nancy A. Ruhling
The cat didn’t scratch Paul.

It is covered in a river of red ruts. He got them when he gouged it against a trap while trying to stop one of his rescues from bolting. It was, he says, a small price to pay to contain the cat.

There’s a pause then the paws. Gucci, Vita, Nino and Luca gather around his feet, purring and prancing.

Nino jumps on top of the running dishwasher then cranes his neck to try to take a drink from the faucet. 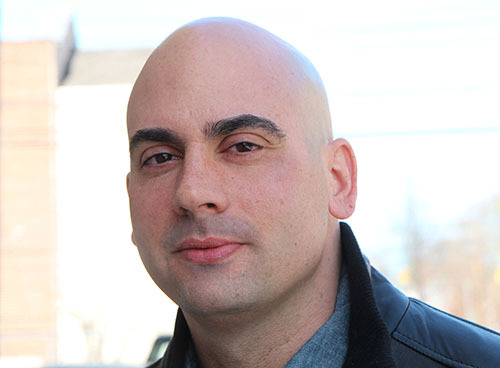 Photo by Nancy A. Ruhling
Paul didn’t start out being a cat lover.

Gucci pounces on the kitchen table, where there’s a plate of pastries, and Vita sits in the window. Luca, the newest addition to Paul’s feline family, hasn’t been well and waits for Paul to pick him up.

Two years ago, Paul would have said scat to any and every cat. In his entire life, he had never had so much as a goldfish.

When he was growing up in Cortland, Ohio, the closest he ever got to a cat was when he fed a neighbor’s pair. 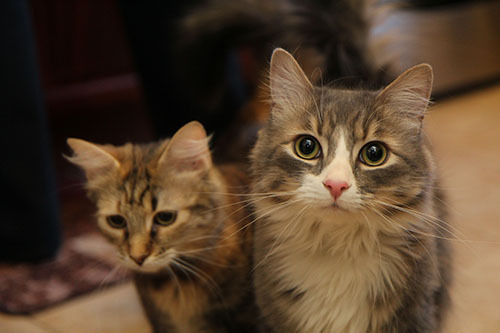 Photo by Nancy A. Ruhling
Vita, left, and Nino.

He managed to get through college — he has a bachelor’s degree in business administration from Kent State University — and work in the hospitality business around the country, including a stint in Vegas, without feline or canine companionship.

“I wasn’t longing for a pet,” he says, stroking Luca. “I work a lot of overtime, and I travel a lot. I didn’t want anything to take care of.”

Then his girlfriend, who is friends with a rescuer, wanted to bring home a kitten. 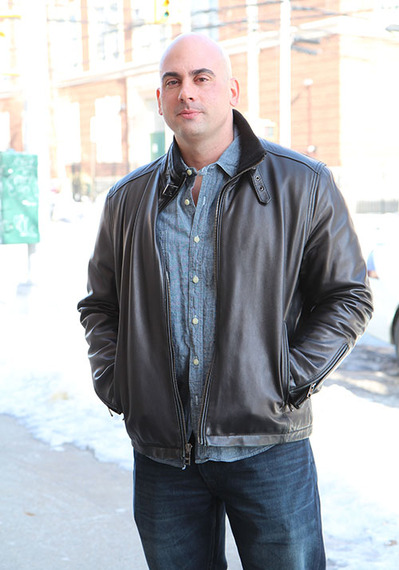 Photo by Nancy A. Ruhling
Rescuing cats is Paul’s passion.

Paul swears she trapped him into taking it in. There were three kittens, and two were given to her family members. The third one remained, unclaimed, concealed in a carrier in their car.

“I fought her, but she kept giving me this sad look,” he says sheepishly.

Paul fell for Gucci the minute he laid eyes on the petite powder-puff. 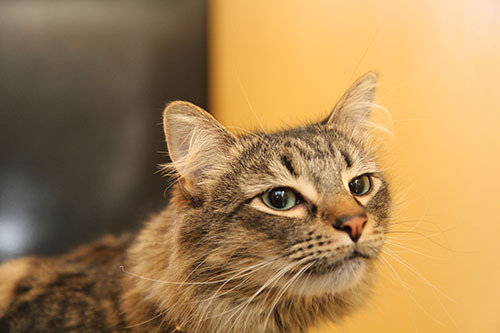 Photo by Nancy A. Ruhling
Gucci in a purr-fect pose.

“Everything changed,” he says. “As time went by, I thought he needed a playmate.”

Nino made two, Vita made three and Luca made four.

OK, Paul was going to stop at three, but Luca got adopted and got sick, so he ended up back with Paul. 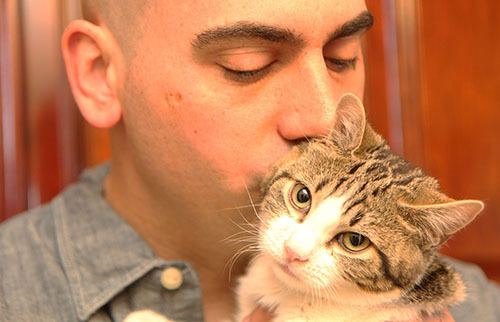 Photo by Nancy A. Ruhling
Sharing the love with Luca.

In the meantime, Paul began feeding strays. It started out innocently, with one can of food. Then the one can became two, the two became three, and Paul’s habit multiplied like rabbits.

After taking a course sponsored by the ASPCA, the New York City Feral Cat Initiative and Alley Cat Allies, Paul became a rescuer.

Paul, The Cat Guy, spends all of his free time and — too much of his money — in this pursuit.

Already, Luca has cost him $600 in vet bills, and when you add in the food, gasoline, traps and cages and incidental expenses, like flea medication and shots, from the rescue work, you start hitting four-digit numbers. 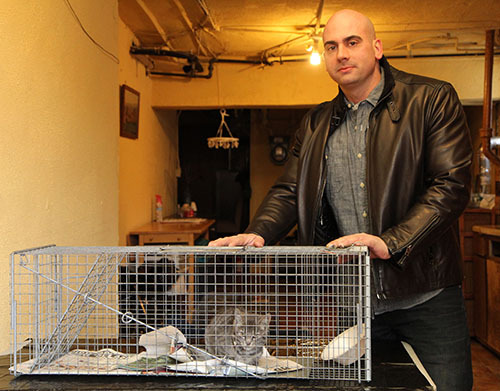 Photo by Nancy A. Ruhling
Paul with one of his charges in the basement recovery room.

“It’s like having a part-time job that I’m really passionate about,” he says, adding that between trapping and taking care of his charges, he puts in at least 20 hours a week.

Paul, a tall man with deep, brown eyes, figures he’s helped about 85 cats since he started this venture in May 2014.

“I do this out of compassion,” he says. “I feel bad for them. I want to give them better lives.” 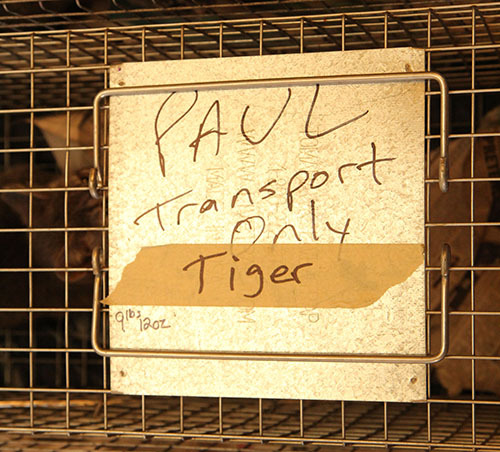 Photo by Nancy A. Ruhling
Paul’s label for a cat in transit to the vet.

Gucci, Nino, Vita and Luca are proof that he has. They roam free in the two-bedroom apartment, which looks as though it were plucked from the pages of House & Garden.

Paul converted the basement of his apartment complex into a temporary recovery room. In this spotless, scent-free space, he houses up to a dozen cats who are waiting to be neutered, either for adoption or for release into their original environment.

“I’m looking for a permanent place to keep them,” he says. “That’s the No. 1 challenge for every rescuer.” 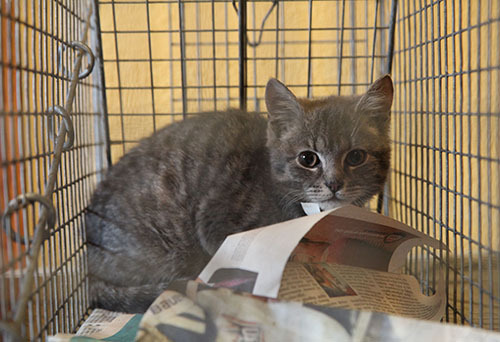 Photo by Nancy A. Ruhling
Will you take me home with you?

Someday, Paul would like to establish a private sanctuary, perhaps in the Poconos, and set up a nonprofit organization to help his furry friends.

He pets Luca and puts him back on the floor.

What he’s not going to do, however, is adopt any more cats.

Until, of course, he does.