The door opens and Roscoe, a kitten who looks like a black and white cookie, sticks his head out and watches Tiffany Schleigh pad down the hallway. 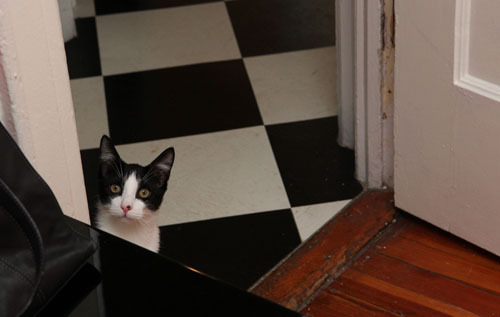 Photo by Nancy A. Ruhling
Roscoe’s a rescue.

Curiosity overcomes caution, and he springs after her only to be scooped up into her arms, which is where he wanted to be all along.

It’s not surprising that Roscoe is a rescue; Tiffany, whose new-penny copper curls coil down her back, spends her free time helping others. She produces big-time events featuring child actors that raise money for children’s charities. 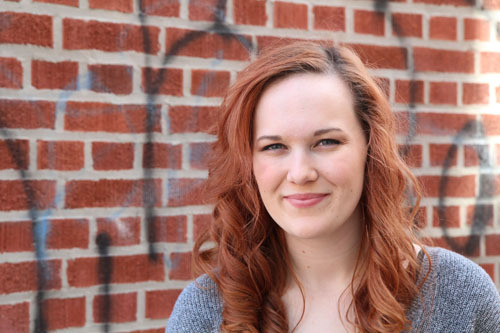 Photo by Nancy A. Ruhling
Tiffany spent her childhood performing.

A former child actor who steers away from the word “star,” Tiffany’s a natural for the part. She grew up in and quickly outgrew Wadsworth, Ohio, a tot of a town whose most alluring feature, a Walmart, was erected several years after she left.

The possessor of a gorgeously full-throttle voice, Tiffany started early on the standard path to what she hoped would be musical theater stardom. She made her stage debut at 6, did a year-long regional tour at 12 and kept up the act through her first year at Marymount Manhattan College, which she chose because of its reputation not only for the fine and performing arts but also for its communications programs. 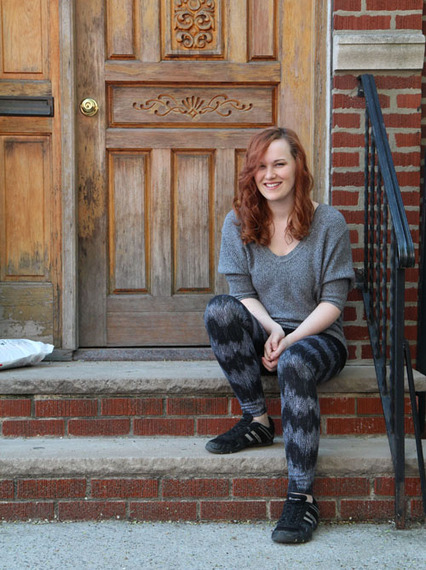 Photo by Nancy A. Ruhling
She’s glad she’s not in Ohio any more.

“I wanted something to fall back on if I had to,” she says. “Once I got there, I quickly realized that I didn’t want to be on the stage any more. Auditions in Manhattan are extremely competitive, and it was really sad and disheartening not to get parts. And the people who were successful, one day they had parts in Broadway shows, the next they were looking for babysitting jobs.”

Tiffany never dreamed that this decision would lead to the biggest role of her life. Her career change started when she and some Broadway friends decided to put on a cabaret show in a restaurant. It just so happened that the owner was going to donate the proceeds to St. Jude Children’s Research Hospital, so the actors decided to perform for free. 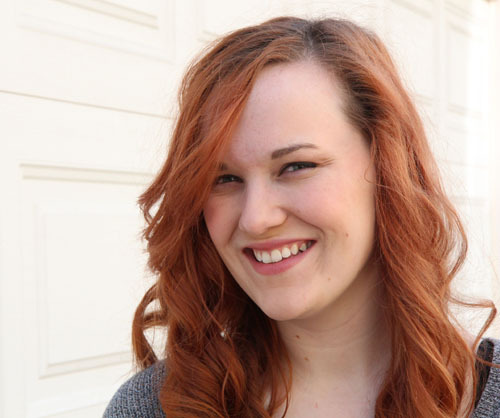 Photo by Nancy A. Ruhling
She’s found a new voice as a producer.

“I found out St. Jude’s is supported by private donations,” she says. “It blew me away when I learned that it costs $1.9 million each day to run the hospital. Someday, I’d like to put on a show for it that would bring in that much money.”

The St. Jude’s children’s stories resonated with Tiffany because she had played the lead in the play Sadako and the Thousand Cranes, whose true-life plot revolved around a little girl who died from leukemia after being exposed to radiation from the atomic bomb dropped on Hiroshima in World War II. 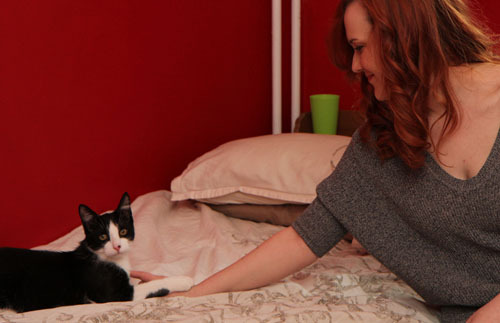 Photo by Nancy A. Ruhling
Tiffany and Roscoe are a team.

“I love working with the kids because it’s really fun,” she says. “I spent my childhood with adults, and when I was on tour, I was home schooled. When I was eight, most of my friends were 30, so this is new for me.” 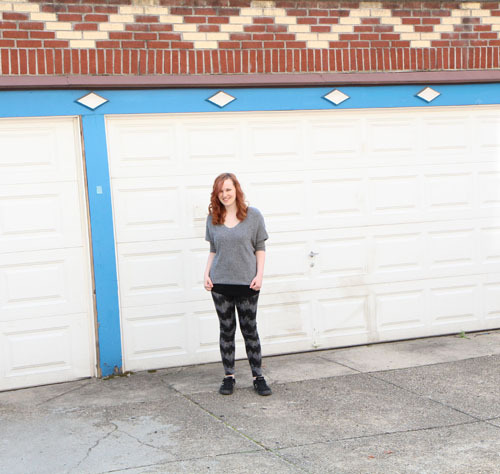 Photo by Nancy A. Ruhling
Charity begins with her.

Tiffany is not paid for her charitable shows, and she wouldn’t take any money if it were offered. She squeezes in time for them at night and on weekends when she’s not performing as the owner of her own social media marketing company. 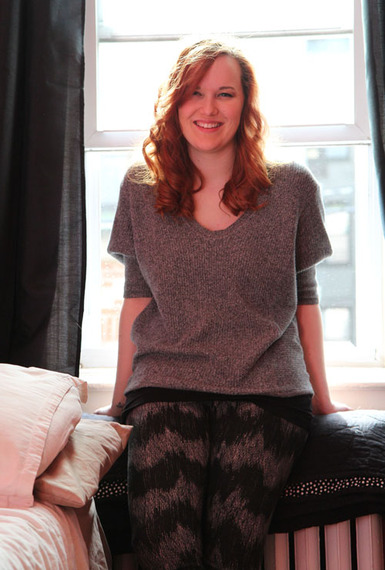 Photo by Nancy A. Ruhling
The stage no longer lures her.

She dreams of the day when she can give all her attention to the charity shows.

“When I was an actor, it was always about me, me, me,” she says. “But the charity events are about other people, which is a lot nicer.”

As for performing, she doesn’t miss it much.

“I still sing in the shower,” she says.