She followed her heart. Manuela Rana never had dreams of the American dream, but when she found the man of her dreams, she didn’t hesitate to cross the Atlantic to be with him. 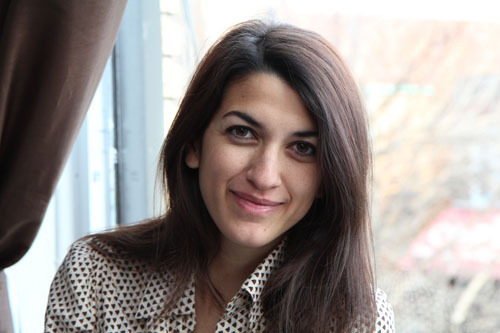 This was not an impulsive move. Manuela had known Enrico de Trizio since they were teenagers growing up in Molfetta, Italy. He and his brother, Giancarlo, had moved to the Big Apple to pursue musical careers, and in that respect, they were hitting all the right notes.

She didn’t pay him much attention, not even when he, playing the role of big-city musician, came home to visit. 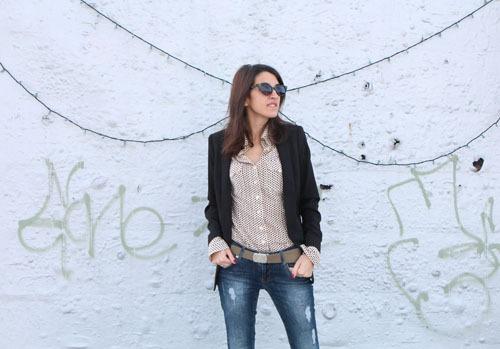 Photo by Nancy A. Ruhling
She’s been in Astoria for a year.

Her lack of amorous interest is perfectly understandable. She was traveling a lot while working on a university degree in languages.

She spent significant time in Geneva (she was an au pair); Paris (she manned a photo shop at Disneyland); and Dublin (she served as a waitress). 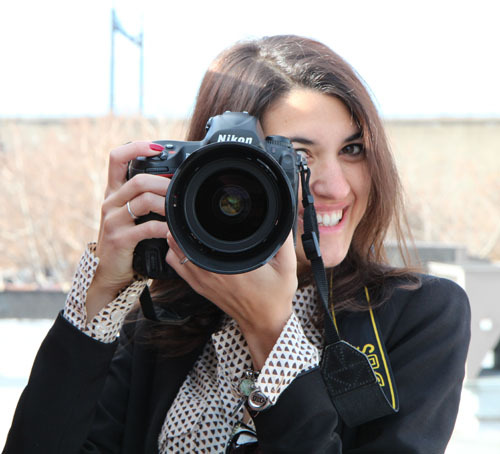 It was Facebook that brought Manuela and Enrico together again. They started chatting and in 2012 decided to pursue the conversation face to face as man and wife.

During this time, Manuela, a wide-eyed colt with a penchant for the fashions of Roberto Cavalli and the scents of Chanel, had had her eye on a career in photography, a skill she taught herself. 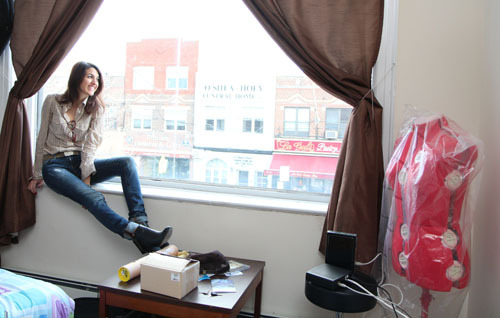 Photo by Nancy A. Ruhling
Manuela and her husband share an apartment with his brother.

“I read a lot of books and practiced a lot,” she says.

It’s no accident that she bought her first real camera — a Nikon D3100 — on one of her early visits to America to see Enrico. As she grew more serious — about the guy and the profession — she traded up for a Nikon D3S, which hangs heavy on her swan-slender neck, and began shooting weddings and models. 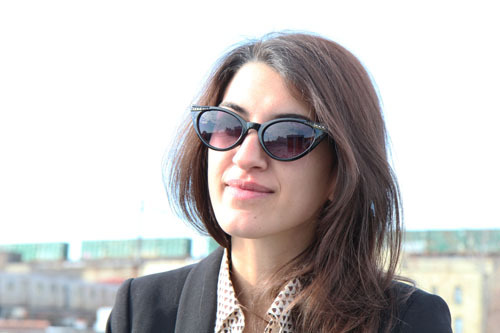 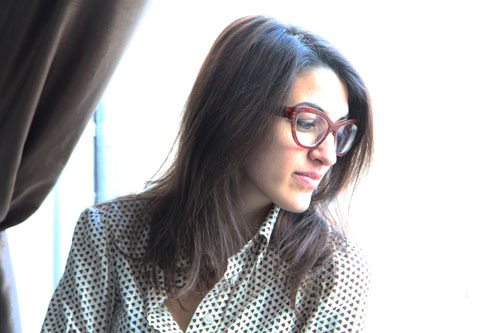 Photo by Nancy A. Ruhling
The Thinker

In the year that Manuela has been in New York, she’s had the chance to refine her third eye. 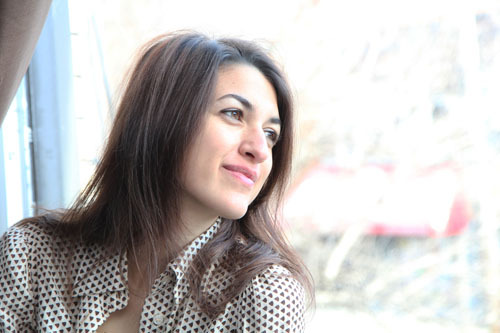 Photo by Nancy A. Ruhling
The Daydream Believer

“I met him through common friends,” she says. “And I asked him for a job. I told him I wanted to learn how he worked, and he gave me good direction.”

Soon, she started picking up her own clients, mainly models who needed pictures for their portfolios. A chance meeting gave her the opportunity to shoot for the Feminine Weapon project, which led to other private commissions.

“Through these experiences, I learned that in New York, everything is possible because you never know who you will be talking to,” she says. 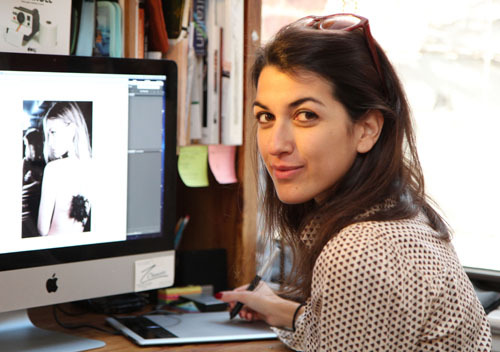 Photo by Nancy A. Ruhling
Fashion is one focus of her work.

Although her primary focus has been on haute couture, Manuela also has a passion for down-to-earth street photography. In Italy, she shot a series on people with disabilities, and she longs to do a body of work on orphans.

Manuela’s story, with its brush with fame and fortune, sounds glamorous, but her affair of the heart has not been without heartache. She misses her family in Italy terribly. Although she stays in touch via daily Skype calls, it’s not the same as being there.

She would never have made it in New York without Enrico and Giancarlo; it’s a good thing they live together because they can support each other when homesickness sets in. 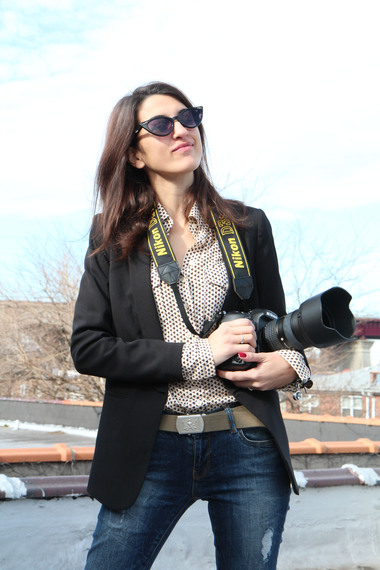 Photo by Nancy A. Ruhling
Manuela with her constant companion.

“It was really hard for me to learn American English,” she says in letter-perfect language. “What I learned in Dublin didn’t sound anything like it does here. But I just kept telling myself that I had to learn it, and I did.”

The trio’s three-bedroom apartment, which has enough room for Giancarlo’s drum kit, Enrico’s keyboard and Manuela’s lenses, is a happy haven. In her bedroom, Manuela’s small desk, adorned with her perfume and vintage camera collections, sits opposite Enrico’s work space. The closeness gives her comfort. 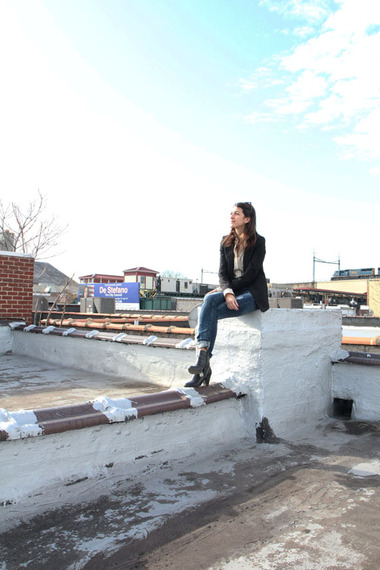 All in all, Manuela is glad that she made this journey.

“Italy will always be my first home, but New York is my city,” the 29-year-old says. “It took me in, and I hope to stay here for a long time. I don’t like the word forever, but …”

Manuela puts on her ruby-red horn-rimmed glasses and looks down at her computer keyboard. “LOVE U” is written on a small piece of white tape affixed in the center. Enrico put it there before he left on his latest tour.