It’s a windy day, and the four flags of Casa Galicia are flapping like a flock of geese flying south for the winter. The stately wedding-cake white building on 31st Avenue, wedged between a burger joint and a supermarket crowned by barbed wire, looks like a foreign embassy. 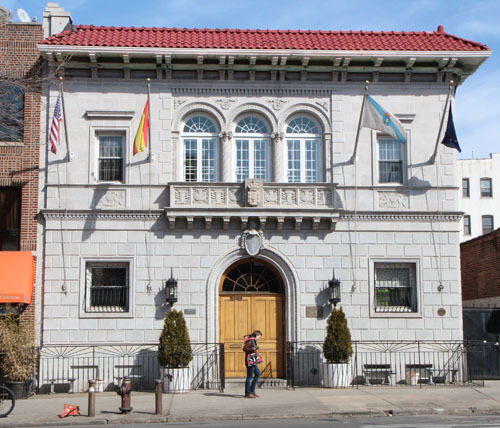 Photo by Nancy A. Ruhling
Casa Galicia is a commanding presence on 31st Avenue.

Inside the private club, where old-timers from the old country play cards and dominoes on square marble-topped tables, President Marcos Roel is standing in the bar watching the wide-screen TV.

It’s the day before El Carnaval, and the kitchen is equipped with a corps of volunteers who, since dawn, have been making elephant ears, a tradition in the autonomous community in northwest Spain they come from. 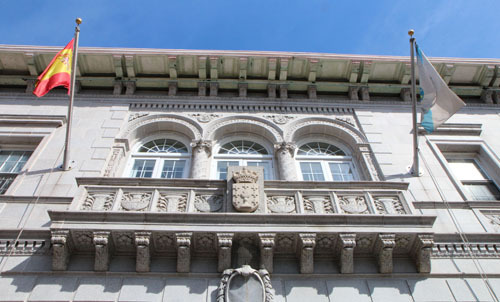 Photo by Nancy A. Ruhling
The Spanish and Galician flags fly high.

Trays of the delicate pastries, which are sprinkled with anisette then dusted with powdered sugar, fill the tables in the dining room.

The preparations bring back a lot of memories for Marcos, a tall, dark youthful man who looks as though he just stepped out of a college lecture hall. His parents, Spanish immigrants who raised their family in Bayside, met at a dinner-dance at the club, and Marcos and it grew up together. 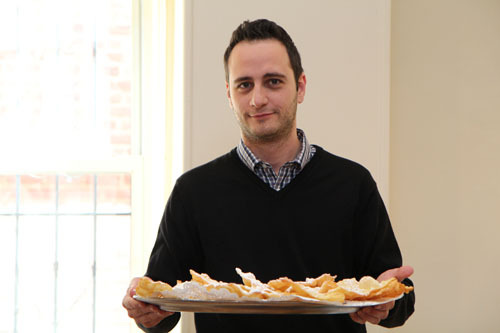 Photo by Nancy A. Ruhling
Marcos offers some elephant ears.

“My family came to the club every weekend since I was a baby,” he says. “It offered an escape for immigrants from the bustle of the city and a place where you could meet people from your own town.”

Marcos is one of some 1,000 members from the metro area who consider the club his home away from home. (Another Astoria Spanish club, Centro Español, opened in the 1970s. On Broadway at 41st Street, it has more than 300 members.) 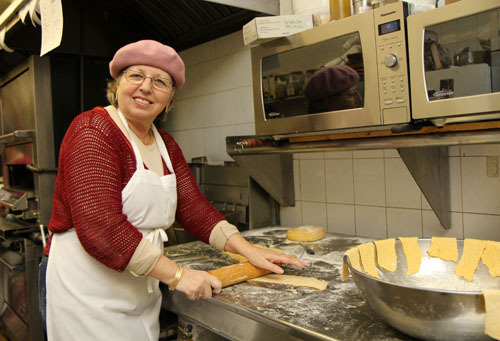 Photo by Nancy A. Ruhling
Carnaval volunteer Pilar Alonso in the kitchen.

Founded in Manhattan in 1940 to promote Galician traditions, the club moved to its present location in 1994. The building, which started its life as a Ukrainian church, had a bowling alley in the basement and a bar right inside the front entrance. Casa Galicia kept the bar and turned the basement into a staging area for its dancers and band.

Marcos and his family remain members in good standing. He and his two sisters learned traditional Galician dances, which they performed at various venues as far away and as significant as Spain. 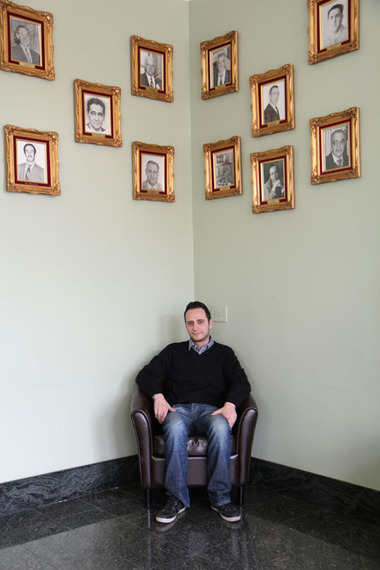 Photo by Nancy A. Ruhling
Marcos with portraits of past presidents.

“People hear Spain and think flamenco and castanets,” Marcos says. “But Galicia has a very big Celtic heritage. We dance to the music of bagpipes.”

Marcos was raised to embrace both cultures.

“Half of my friends are American,” he says. “The other half I met here. We spent our summers in Galicia, and everybody in the club made arrangements to meet up in Spain. Many of us took the same flight over there.” 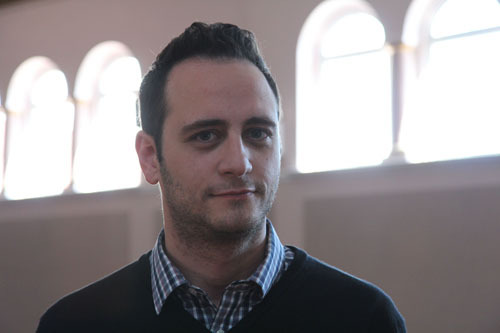 Photo by Nancy A. Ruhling
Marcos’ term ends at the end of the year.

Thus, Marcos learned Spanish but not the bagpipes. He got a conventional U.S. education but studied abroad in Madrid for a year.

When he graduated from New York University, he took a job with Morgan Stanley’s Latin American department.

After three years, he quit and opened Petrabax, a travel company based in Long Island City that specializes in trips to Spain, Portugal and Morocco. 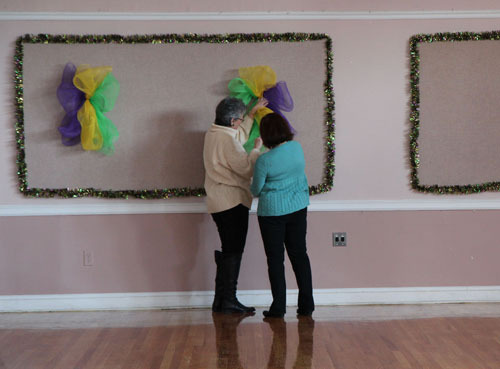 Photo by Nancy A. Ruhling
A duo decorates the ballroom for El Carnaval.

All the while, he kept his connection to Casa Galicia. Two years, ago he made his first run for the presidency. And lost. The second time, he won the title, and at 35 Marcos is not only the club’s youngest president, but he’s also the first one born in America.

“I believe the club needs to change with the times,” he says, gazing at the photos of past presidents that are hung in elaborate, antique-style gold frames lined in red velvet.

The members, including Marcos’ parents, are getting older, and the building, which was designated a landmark by the Queens Historical Society in 2000, is showing significant signing of aging. It lacks modern amenities like elevators. 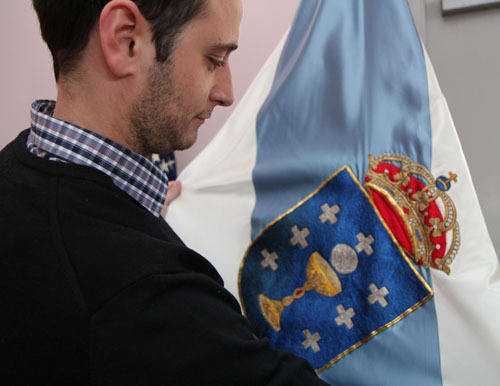 Photo by Nancy A. Ruhling
Marcos displays the Galician flag.

It will be up to Marcos and his Americanized generation to make sure the tradition of Casa Galicia continues uninterrupted. His two-year term is up at the end of this year. He hasn’t decided whether to run for re-election.

If the club becomes a thing of the past, it will not be Marcos’ fault. Someday, when he has a wife and children, he will bring them to Casa Galicia for the culture and the camaraderie.