Tina Sacramone takes a piece of yellow-ruled paper out of her handbag and places it on the table.

Put everything in a pot, cover it and cook for a half hour.

“That’s the first recipe I ever made,” she says. “I still remember it.” 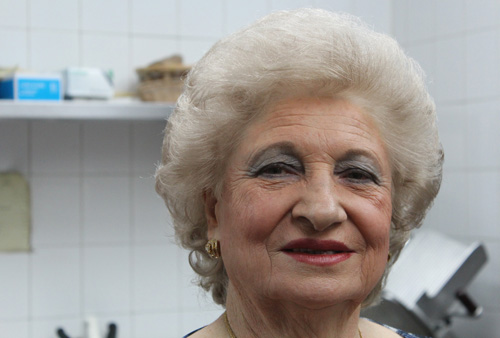 Tina, 74, can be forgiven for having to write it down because she made that simple dish a lifetime ago. She was only nine. Her father was dead, and her mother was working, so fixing dinner for her and her two brothers and sister fell into her child’s hands.

As the oldest, Tina had a lot of other responsibilities; she did the cleaning and babysitting, too. So time-consuming were these tasks that she only got as far as fifth grade.

Tina, a robust woman in low heels who sports a swirly golden coiffure and tomato-red lipstick, apologizes because her English isn’t letter perfect. She came to America late, and she never got the hang of the lingo. 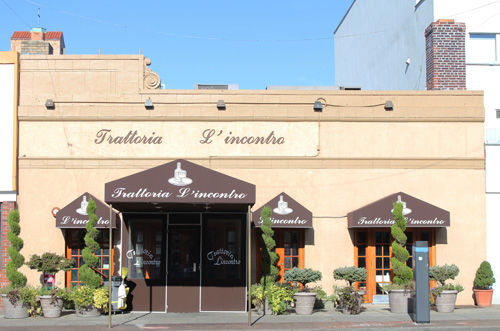 Times were hard, and her family was poor. Orsogna, Italy, where she was born, was bombed out in World War II during the December 1943 Moro River Campaign, and Tina remembers when she had to walk barefoot in the snow because she had no shoes.

She pulls out another recipe; this one’s just as frugal as the first: 1 ½ cups of water, stale cubed bread, parsley, extra virgin olive oil. Cook the bread in the mixture and add eggs and cheese if you have any.

“I always loved to cook,” Tina says. “I used to watch my mother cook.” 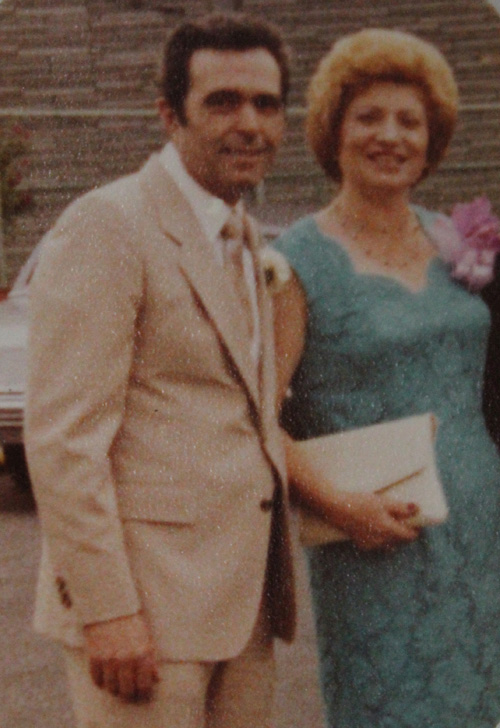 Photo by Nancy A. Ruhling
Tina and her husband, Benito, in the 1960s.

By the time she was 12, she was taking sewing lessons; her mother thought it would be a good occupation for her and put her in charge of making clothes for the family.

“My mother urged me to go out,” Tina says. “She didn’t push me to get married, but she did tell me to find a nice boy.”

She met that nice boy, Benito, when she was 15 and married him four years later. He was a construction worker, she was a seamstress, and they had two young sons when Benito found work in Germany. 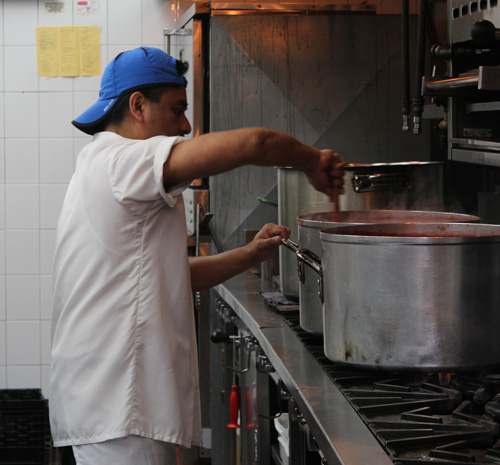 Photo by Nancy A. Ruhling
The kitchen, where recipes come to life.

So for the next decade, she became a single mother, with Benito — “he’s a wonderful man” — visiting a couple of times a year. 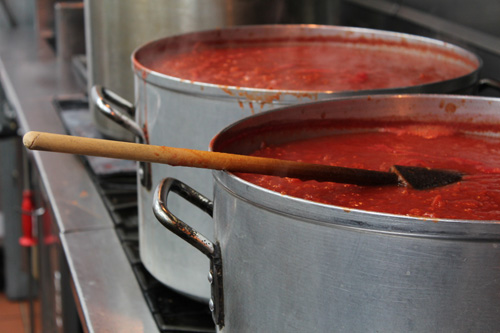 Soon, her oldest son, Rocco, was helping her cook. “When he was 5, he used to fix the coffee,” she says, brimming with pride.

In 1970, after Benito returned from Germany, they moved to Astoria, where Benito’s brother lived. Tina landed a seamstress job in a clothing factory, and Benito, after a year-long job search, finally was offered a position as a Manhattan doorman.

After four years, they saved enough money to buy a house.

“I took my husband’s salary and put it in the bank,” Tina says. “We lived off my income.” 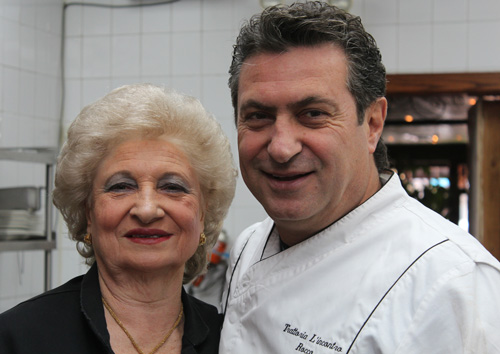 Photo by Nancy A. Ruhling
Tina and Rocco work side by side.

Two years later, they were blessed with a daughter.

“I worked at the factory right up until the night before she was born,” Tina says.

Although Tina stayed home with the baby, she didn’t stop working. She brought in extra money by making cookies for parties. 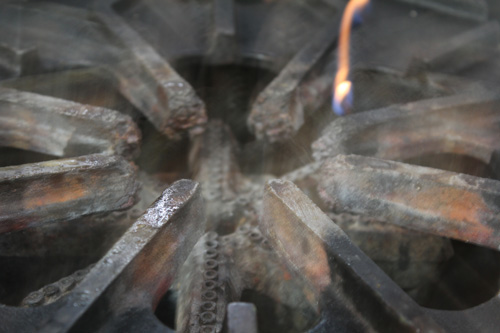 Photo by Nancy A. Ruhling
The flaming burner.

Since 1993, when Rocco opened a small pizzeria and restaurant in Astoria, she has been in the kitchen with him. “That first place, I was there seven days a week,” she says.

“Come on, mom, it was only six,” Rocco interjects.

No, she corrects him, she always checked in on her day off. 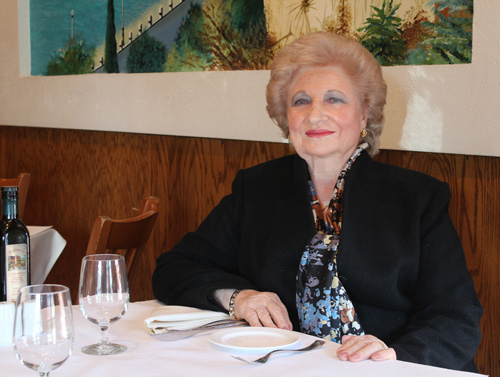 Photo by Nancy A. Ruhling
Tina’s usually in the kitchen.

They say working side by side is fun — well, most of the time anyway.

In 1999, she joined Rocco at his new place, Trattoria L ‘Incontro, where she makes meatballs, sauces and lasagna on Tuesdays, Fridays and Saturdays.

“The most important thing about cooking I learned from my mother is don’t burn the sauce — it will ruin everything,” Tina says. “I’ve never burned the sauce.” 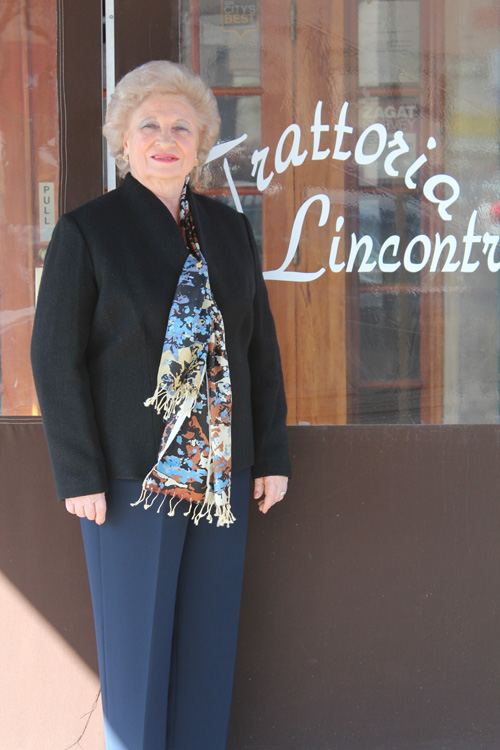 Photo by Nancy A. Ruhling
Tina’s not retiring any time soon.

A couple of years back, Tina and Benito sold the family house and moved to a co-op in Beechhurst. Sometimes, she entertains her friends there.

Two vats of sauce are simmering on the stove when Tina comes on duty at Trattoria L ‘Incontro. There’s enough to feed an army or two. She recalls the first time she had to make such a big batch.

It was difficult. On the measurements, she followed her intuition and her gut.

How did it turn out?