Helen Polychronis comes to the front door carrying a tin coffee pot, the kind that would have been bright-shiny-new a half century ago. It’s filled with water.

“Excuse me, I have to go save a dying gardenia,” she says as she shuffles to the garden. Walking isn’t too easy, even without the can throwing her off balance: Helen’s left leg is an inch shorter than her right, and she wears a brace. She’s not using her cane today.

Back inside, she surveys the living room. She’s in the middle of a project, and there are stacks of books and paper on every surface. “I cleared off a chair for you,” she says, pointing to a 1930s wingback upholstered in pink velveteen. “I don’t spend much time in this room; I’m always in the kitchen.”

She pushes aside a bunch of newspaper clippings on the chair’s mate and perches on its edge like a baby bird trying to decide whether to fly out of the nest. Don’t let her age-shrunken frame fool you. She may be the size of a child, but she’s a determined, erudite woman. She didn’t get this far by being a wimp. She holds her braced leg out straight in front of her like a sword. 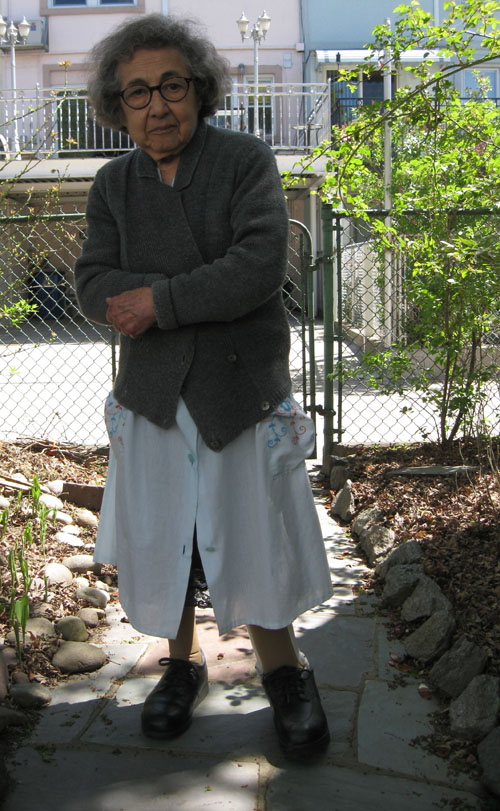 Photo by Nancy A. Ruhling
Helen doesn’t let life tell her what to do.

“Polychronis, my last name, means ‘much time’ or ‘many years’ in Greek,” Helen says. “I’m 89 in case you’re curious. I’ve done a lot of research on the name. It’s an ancient man’s name. The earliest reference I could find was of a priest who was killed on the altar by heathens.”

Helen has lived in her hatbox of a house for nearly three-quarters of a century. She moved in with her parents in 1941 and when they died in the early 1960s, it became hers.

The furnishings, including the tufted sofa, the non-ticking clock whose hands are stuck at high noon a la Miss Havisham and the brightly patterned Oriental rug, the one Helen calls “too busy,” were inherited from her aunt. The circa 1916 Singer sewing machine was her mother’s.

The wedding pictures, she says, are most decidedly not hers. The one in the gilded shadow-box frame on the wall is of her parents; the other two atop the Baldwin piano, the one Helen doesn’t play, are of her brothers and their brides.

“I wasn’t going to be married to someone I wasn’t interested in,” she says matter-of-factly. “I came close to marriage twice, but I called it off each time.”

Helen makes it clear that she is not an immigrant. “I was born on the island of Manhattan on the West Side with all the Greeks,” she says. “That’s what I tell the Greeks when they tell me I speak good Greek.”

In the first decade of the 20th century, Helen’s parents came to New York from the province of Thrace, which is now part of eastern Greece. They met in New York City. Helen is the middle of three children. For a while, they lived in New Jersey.

The “defining moment” of Helen’s life occurred when she was 5. She went to bed one winter night, and the next morning she couldn’t raise her arms or legs.

The doctor declared that Helen would never walk again. “But my mother refused to believe this. After all, she was a Christian, and she believed in miracles.”

Helen’s crib was moved into the kitchen of the family’s cold-water flat, and for 40 days her mother, who slept on the floor beside her, warmed wool blankets in the oven and wrapped them around her to keep her warm. “My left leg is the only part of my body that didn’t recover,” she says. “The doctors wanted to operate, but my father wouldn’t agree. He believed in exercise.”

Helen did finally have two operations, when she was 14. “My brother wrote a letter to President Franklin Delano Roosevelt, who had contracted polio in 1921, and the White House recommended the New York Orthopedic Hospital in Manhattan,” she says. “I limped a bit, but I was able to wear high heels, really they were pumps, and I only started wearing the brace about five years ago.”

In 1930, when Helen was 10, the Polychronis family moved to Astoria after her father read a newspaper article about after-school language classes in Greek. “We already were taking Greek lessons, but it was difficult for us to get to them,” Helen says. “My mother didn’t know any English, and we wouldn’t speak to my father in English because it would be a sign of disrespect.”

Helen, the only daughter, enrolled at P.S. 122 on Ditmars Boulevard. “I remember playing in the street and helping my mother sew,” she says. “At a young age, I was making my own clothes.”

After she graduated from the then all-girls Washington Irving High School in Manhattan, she took a succession of fashion-related jobs that included a stint at Singer Sewing Co.

“I didn’t think about going to college,” she says. “It was the Great Depression; my father had lost our house because he couldn’t pay the taxes. I remember going to Manhattan and seeing men in overcoats and fedoras selling apples for five cents. Five cents would get you on the subway. I didn’t even consider asking my father for five cents for an apple. I hadn’t had much math in school, and I thought I wasn’t smart enough to get a scholarship.” 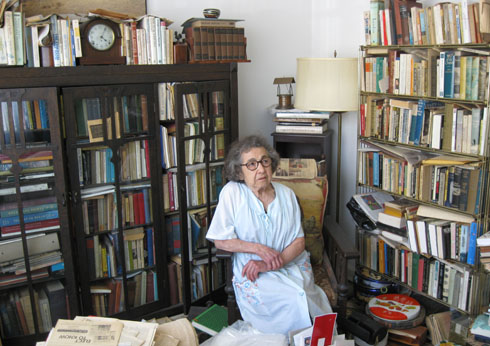 Photo by Nancy A. Ruhling
Throughout her life, Helen has been an avid teacher and learner.

A trip to the 1939 World’s Fair in Flushing changed her life. There, in the Greek pavilion, she saw a model of a Greek temple. She spoke fluent Greek, so she could read the words that were incised in gold on the columns. But she couldn’t understand them. “So I made up my mind that someday I was going to be able to understand the ancient languages,” she says.

She eventually earned a bachelor’s degree in Greek and Latin from Columbia University and had a short career as a Latin teacher at a private girls’ school. When her parents became ill, she took care of them until their deaths and never resuming working.

Now, she spends her time gardening — her meticulously maintained back yard is filled with hydrangeas, forsythia, spirea, lilacs and roses — and attends the Greek Orthodox Archdiocesan Cathedral of the Holy Trinity in Manhattan when she feels up to it.

She has a great number of important projects in the works. She has emptied a steamer trunk of family possessions, including her grandmother’s wedding dress, and is packing it with clothing to send to the poor of Albania. And she’s working on a Greek primer for her nephew’s 12-year-old son.

“For more than a year, I’ve been saving newspaper clippings and underlining Greek words and references in the stories because I want him to see that our culture is all around him,” she says. “All he has to do is open his eyes.” 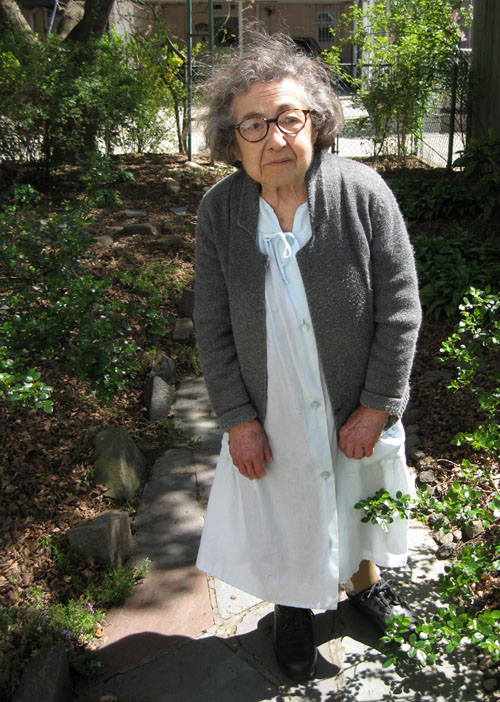 Photo by Nancy A. Ruhling
At 89, Helen cherishes every day.

Helen’s an avid reader, and these days everything in her book-lined house seems to remind her of her past. She picks up a page she recently ripped from the New York Times. “When I remember things, I scribble them down on the articles,” she says. “It’s not as though I’m writing my autobiography, but someday, I’d like to mount them, scribbles and all, because they tell my story.”

Alas, she’s started so many things that she doubts that she will ever finish them. But she can’t be hurried.

Teaching is all about learning, and Helen’s life lesson is a simple one. “Be satisfied with what you have,” she says. “I’m very much aware that I could kick the bucket tonight. I’m satisfied with the life I have lived.”