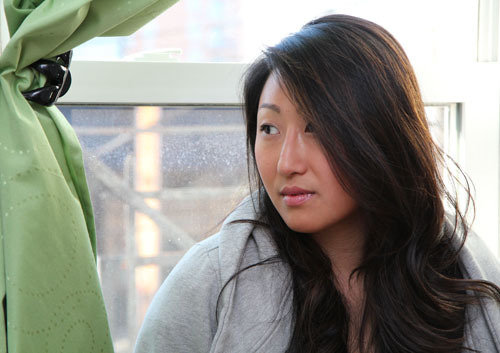 Photo by Nancy A. Ruhling
Sooyah works in a law office.

This has pretty much been going on for the last three years, ever since she started doing stand-up routines after work, and her lack of sleep is starting to catch up with her big time.

Ah, the big time, that’s what this is all about. Sooyah, who calls herself Christine when she’s not holding a microphone, longs for the day when she can kiss her day job good-bye. She wants to be as funny — and as famous — as Seinfeld.

Laughter has been her best friend ever since she was a little girl watching re-runs of The Mary Tyler Moore Show. The Bayside apartment was often empty because her mother and father, musicians from South Korea, were not around. 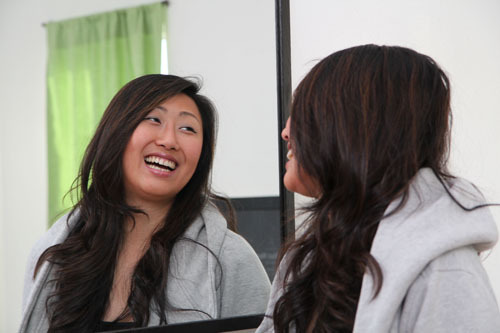 Photo by Nancy A. Ruhling
Life makes her laugh.

“I’m an only child, so I was alone and lonely,” says Sooyah, whose deep, dark eyes shut when she laughs really hard. “My parents divorced when I was young and married other people. Comedy became a defense mechanism. Laughing was better than crying.”

She did her first routines in grade school, cracking up the kids by making fun of herself.

“Other kids wanted to be ballerinas or firemen,” she says. “I wanted to be a cartoon like one of the ones I saw on TV. Joking around was a way to get attention.”

When Sooyah was in college, she tried acting and singing, but it was a joke. 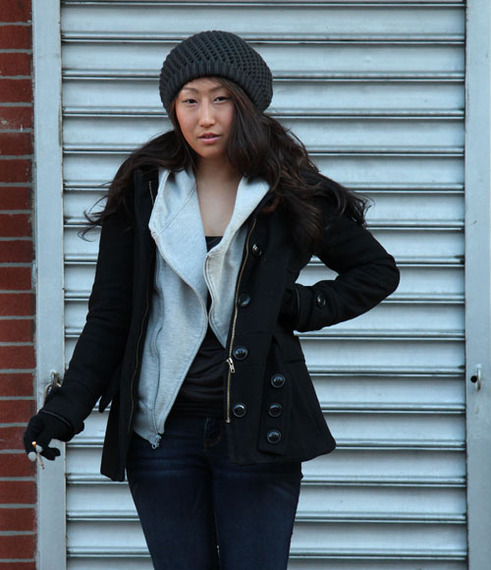 Photo by Nancy A. Ruhling
She’d rather be holding a microphone.

“I quit school and did waitressing for a while,” she says. “But I kept writing jokes.”

By the time she finally got up enough nerve to take her comedy out of the closet, in 2010, she was a legal assistant at a Manhattan law firm that specializes in personal-injury cases.

“It was an open-mic night at a Manhattan club, and I had three minutes,” she says. “I ran out of things to say, but it went better than I thought.” 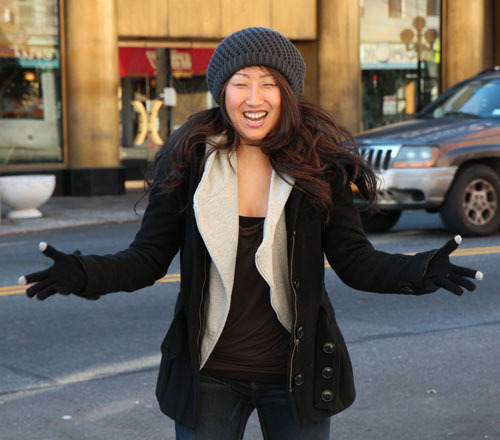 Photo by Nancy A. Ruhling
Do you get the joke?

“When my shift ends at the law firm at 5:30, I hang around the office then go to wherever I have a spot,” she says. “Sometimes, I don’t get home until after midnight.”

Performing stand-up comedy in front of a live audience is not for the weak of punch lines, but Sooyah usually doesn’t get nervous any more. 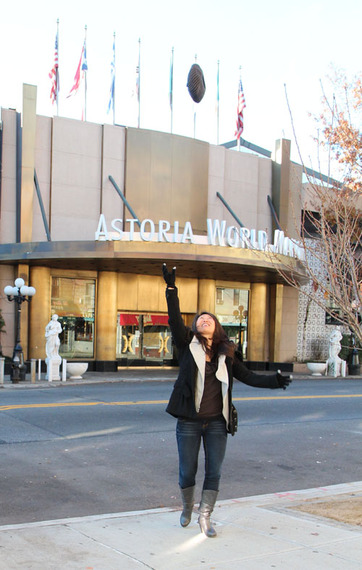 “Once I hear the first laughter, I’m OK,” she says.

Sooyah finds humor in virtually everything in her life.

“My job is hysterical,” she says. “Things that happen in the office are funny, and my co-workers don’t think they are, which makes the situations even funnier.” 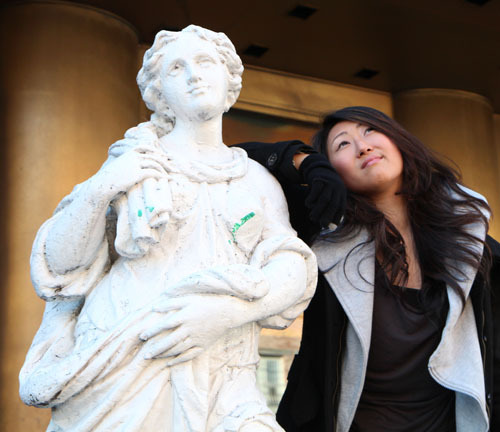 Photo by Nancy A. Ruhling
Just hanging out with a friend.

The idea of having a baby, well that tickles her, too.

“I go up to mothers on the subway and take photos of their babies,” says Sooyah, who is 31. “I can’t wait to have one, which isn’t going to happen because I don’t even have a boyfriend.”

Sooyah’s studio apartment, whose walls are blank and white except for one prim frame that contains black and white photos of the Marx Brothers, Charlie Chaplin and The Little Rascals, serves as rehearsal central. She doesn’t write down her jokes; she paces the space, acting out each routine until she nails it. 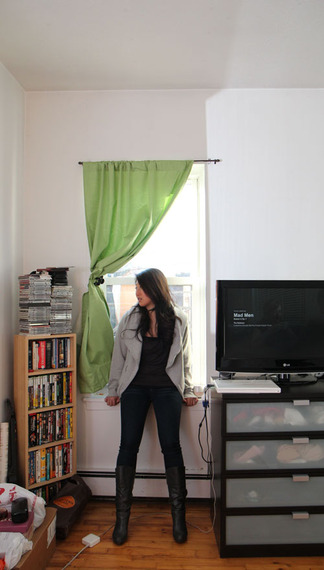 Photo by Nancy A. Ruhling
Her studio apartment is her stage.

Getting other people to laugh out loud is what makes Sooyah happy. The applause of the audience makes up for the fact that she and her parents are estranged.

“They don’t know where I live or where I work or that I’m a comic,” she says.

After a pregnant pause, she deadpans, “Our relationship is complicated.”

Sooyah realizes that it will take her 10 to 15 years to make her mark on the stand-up circuit. 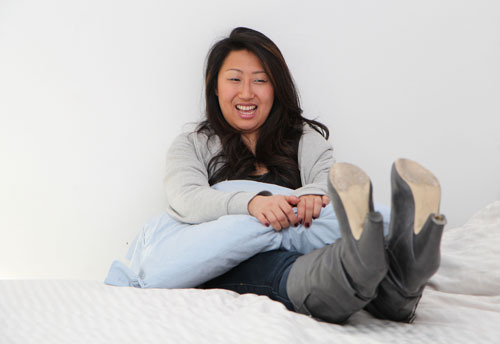 Photo by Nancy A. Ruhling
Sooyah dreams of sleep.

“You need to put in your time,” she says. “None of these stand-up gigs pays any money, and that’s not funny.”

That’s why she has kept her day job.

“I love it, but I look forward to the time when I can support myself with my comedy,” she says.

In the meantime, when she gets lonely, she turns on the TV. It’s at the end of the bed she doesn’t have time to sleep in.