Words, words, words. When they flow from Ron Kolm‘s mouth, they are not so much a stream of consciousness as a river of remembrance. 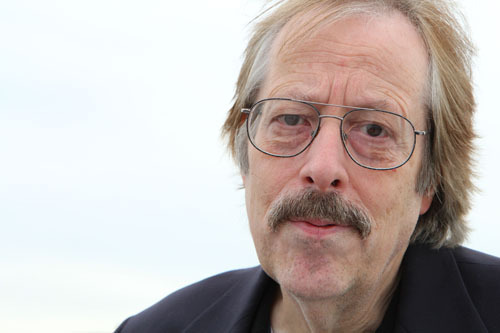 They twist and turn with the tides of time, swirling and rippling through the nearly seven decades of his life before he can stop them.

There have been many words used to describe Ron, but poet, editor, activist and bookseller are the ones that will have to suffice.

Ron, a ginger-haired giant with golden goggle glasses who grew up in Bethlehem, Pennsylvania, learned some of his first words reading the World War I-era Tom Slade adventure series (approved by none other than the Boy Scouts of America). 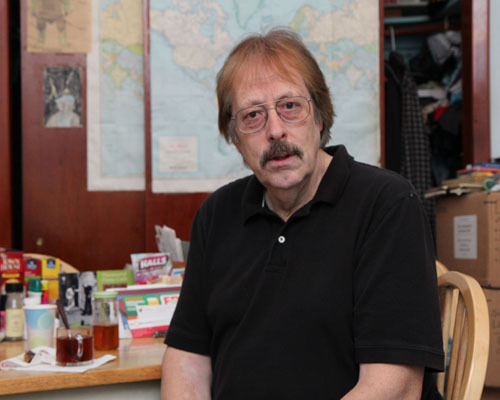 Photo by Nancy A. Ruhling
He writes everything in longhand.

By the time Ron was a teenager, his reading habits were legion: He was the owner of a 500-volume library of military tomes. Although his bachelor’s degree from Albright College officially is in history, it is pen and paper that are first in his heart.

“I hung out with a group of intellectuals in college,” he says. “And I decided that I was going to be a writer and an observer of the human condition.” 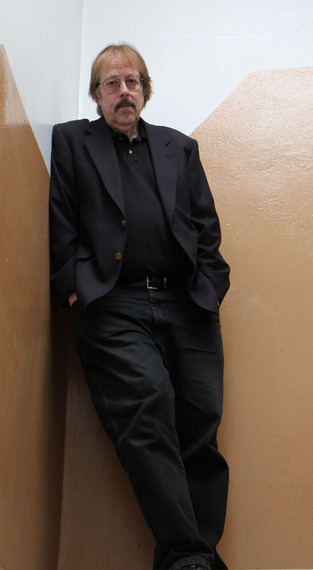 Photo by Nancy A. Ruhling
His spent his career working in bookshops.

That’s why he asks so many questions and keeps circling around his own answers. He’d rather talk about other people’s lives than his own.

It was his first wife, not Donna the ex-dancer, who is sitting next to him, who unwittingly started him on his literary career. It was she who persuaded him to be a poverty-pocket VISTA volunteer, which kept him out of the Vietnam War. And it was she who decided they were going to spend a year driving around the country then move to New York City.

“Women are so much smarter than men,” Ron says, gazing at Donna. 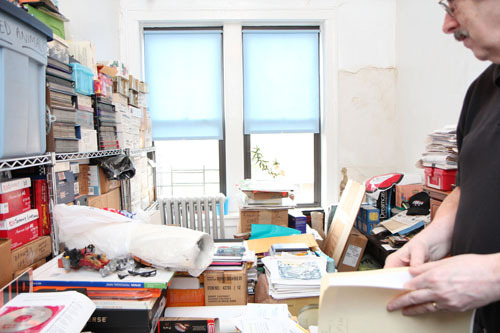 During his travels, Ron did what he always did: He bought books. Piles and piles of them. When he couldn’t pay the rent on his basement apartment in Brooklyn, which was almost every month, he started selling them to Manhattan’s Strand bookstore.

That’s how he landed a job there.

“I didn’t have much choice,” he says. “Nobody would hire me because I had been a community organizer, and people considered me an activist or a radical. I was neither.” 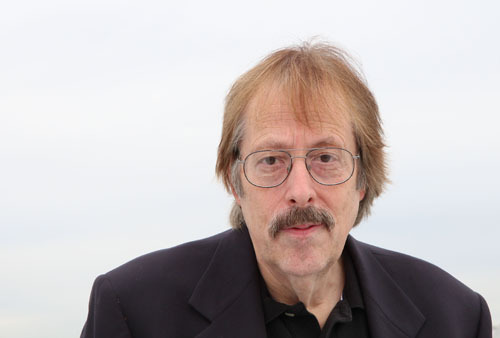 He made a name for himself as a member of the Unbearables, a collective of poets and artists best known for picketing The New Yorker to protest its publication of what they considered bad poetry and mounting anti-seminars at The New School.

Through it all, Ron never put down his pen.

“Writing transports you out of yourself,” he says. “It’s like an empanada that has something tasty inside.”

And he collected signed first editions and runs of literary magazines, correspondence, notebooks, objects and chapbooks. These archival papers filled 35 cartons; he had stored them in his apartment until recently when the Fales Library at New York University bought them. 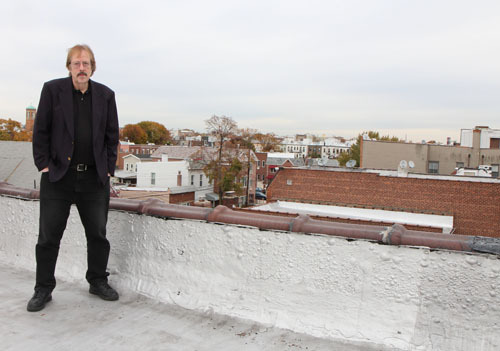 Photo by Nancy A. Ruhling
Inspiration is everywhere he looks.

But Ron’s life isn’t as seamless as this description makes it seem. He’s never been able to make a living writing, and it took him nearly a decade to recover from his divorce.

He met Donna at the Coliseum when they were working there. A trip to a museum — they can’t remember whether it was MoMA or the Met — changed their friendship to romance. She fell over a wire and grabbed his hand, and he held on. 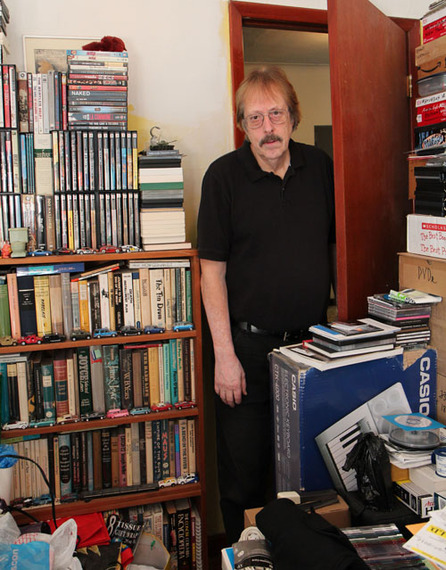 Photo by Nancy A. Ruhling
Ron squeezes into the archives room.

Their two sons shared one bedroom, and Ron’s archives overtook the other. For most of the 30 years of their union, Ron and Donna have slept on the pull-out sofa that’s next to the kitchen table.

Even though the 35 cartons are gone, the archives room looks like a Collyer brothers memorial; Ron apologizes but not too energetically. He pushes open the door and after shuffling around some shopping bags, squeezes in. He can’t make it to the window, where the only sign of life, a succulent with poiny brown-tipped leaves, is basking in the light.

“That plant’s been here ever since I’ve lived here,” he says. “Every couple of months, I throw some water on it.” 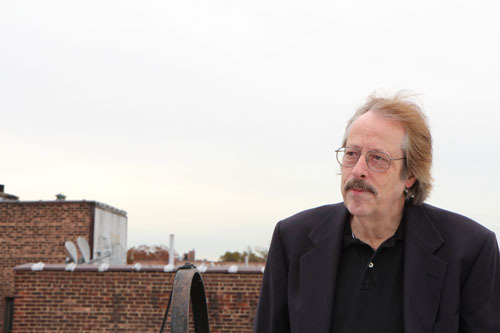 Photo by Nancy A. Ruhling
He still pulls a shift at Posman Books twice a week.

Ron spends most of his free time writing — revising, revising and revising; his main influences are Roberto Bolaño, James Joyce and Samuel Beckett. He records everything in longhand then transfers it to his computer, which sits at a desk in the living room that’s barely bigger than its monitor.

He reserves his reading for the subway. He’d like to say that he gets through three or four books a week, but the truth is that it takes him three or four weeks to finish one. He’s probably only read a thousand books in his lifetime. 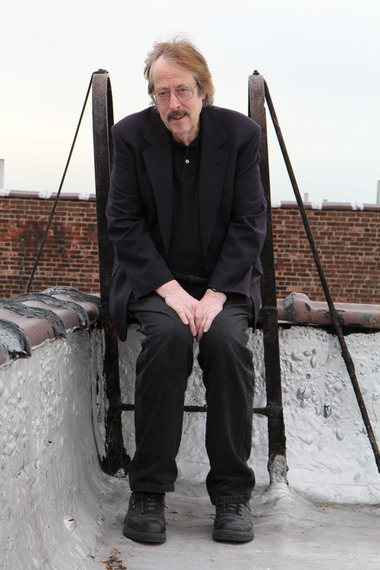 Photo by Nancy A. Ruhling
There may be another archives in his future.

He peeks back inside the spare room; it really does look messy. He may have to compile one final archive.

His latest book of poems, Divine Comedy, was published last year. It’s filled with titles like “Fucking in the Rain,” and he admits sheepishly that it can get pretty graphic.

Ron’s never been paid for anything he’s written, but he’s hoping that this time his words will earn their keep.