Thia Reggio, pastor of the Astoria First Presbyterian Church (U.S.A.) takes no note of it. She’s had a lot of practice screening out its astringent strains. 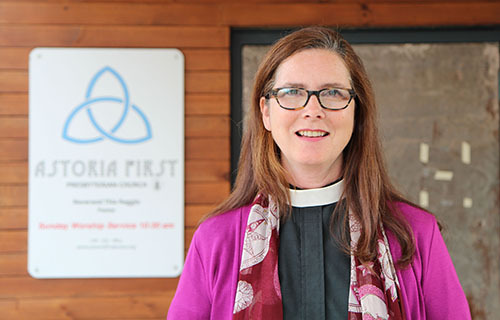 This is, after all, New York City: Even churches as old as Astoria First, which started holding services nearly 170 years ago, have to have roommates to make the rent.

In this case, the dissonant roommate at 23-35 Broadway is Art House Astoria, which, in perfect harmony with the church’s inclusive creativity mission, offers affordable music lessons to players of greater, and as evidenced by the unidentified piano plodder, lesser talents.

Under Thia’s leadership, the congregation, which numbers only 40 faithful, has risen above a recent series of trials and tribulations. 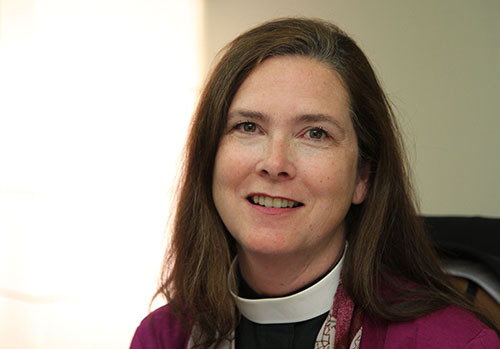 Photo by Nancy A. Ruhling
Thia started her work with the congregation in 2012.

What Thia diplomatically calls “difficult events” culminated in the sale of the church’s building at 31-30 33rd St. and the division and displacement of its members.

Thia, a sensible smiles-and-handshakes woman with a steady, serene voice, is new to the pastorhood and to Astoria First.

What she lacks in experience, she makes up for in fiery exuberance.

“My life and my faith and everything I have are gifts,” she says. “My goal is to find ways for others to see their lives as gifts and bring them all together to build a community that is focused on peace, justice and love of neighbor.” 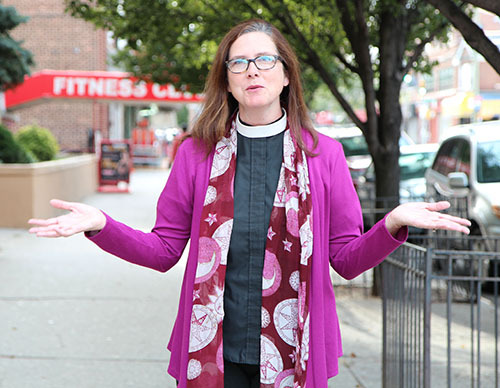 Photo by Nancy A. Ruhling
She’s been doing church work since childhood.

This is a monumental aspiration, considering that the community she started with was no more than a trinity of worshipers who had no place to pray.

That was in 2012, the same year Thia earned her master of divinity degree from the Union Theological Seminary in the City of New York and a year before she completed her master of sacred theology degree.

She’s eager for the church to fit into the neighborhood once again, even if that means that the worship room doubles as a stage for theatrical productions and that its heavenly light is supplied by ceiling cans instead flickering candles. 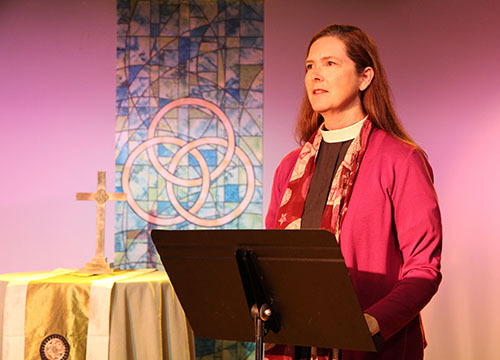 Photo by Nancy A. Ruhling
The worship room doubles as a theatrical stage.

She’s fine with giving sermons standing next to a grand piano.

It’s all part of what she terms “tabernacling,” or creating flex spaces to welcome groups like Art House Astoria that bring everyone closer to God and to each other.

Thia has made great strides in the short time she has been in charge.

The church may not have a full-fledged house of worship, but it does now own a home on Ditmars Boulevard at 28th Street that houses Thia and accommodates a variety of community-minded groups, including the Hellgate CSA. 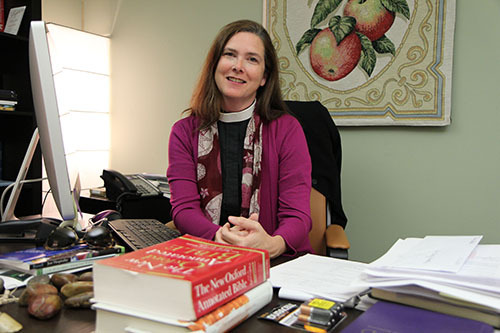 Photo by Nancy A. Ruhling
The Broadway space used to be a dental office.

Proceeds from the sale of the Colonial Revival building that served as Astoria First’s house of worship since 1922 were used to purchase the property.

“I love it here at Astoria First,” she says. “There are real people here doing real stuff creatively. It’s a privilege to help people.”

Thia’s love for the lord goes back to her childhood.

She grew up on an apple farm in upstate Ballston Spa. Her father (and his father before him) performed the duties of organist at the Presbyterian church. The little country house of worship became Thia’s second home. 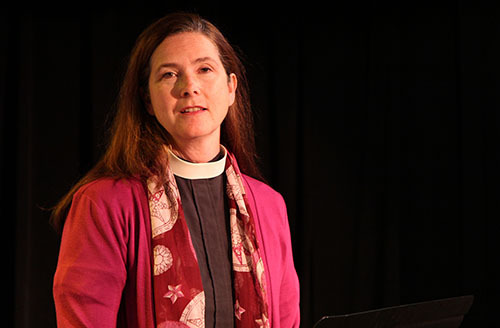 Photo by Nancy A. Ruhling
Thia had a long career in the corporate world.

“My sisters and brother are much older, so it was as if I were an only child,” she says. “I have wonderful memories of the apple harvests. It was a magical place.”

When she was 8, the family moved to Kingsport, Tennessee, replanting its religious roots.

“I used to sing in the church choir,” she says. “And I was a member of a small music group that sang in churches.”

In college, Thia majored in music and political science but made her career in neither. 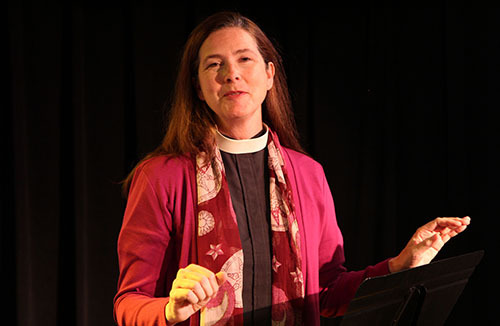 Photo by Nancy A. Ruhling
She has big plans for the small congregation.

“I can’t think of anything better than not ending up doing what you thought you were going to,” she says.

After writing press releases for the Democratic Caucus in the Tennessee state legislature, Thia took a job in New York City as a corporate communications consultant.

She church-surfed. “I went to many different kinds of churches but didn’t find a church home for many years,” she says.

She also joined the cabaret community, performing for enjoyment instead of profit.

It was her father’s protracted, painful death from cancer that led Thia to the beginning of her new life of full-time service. 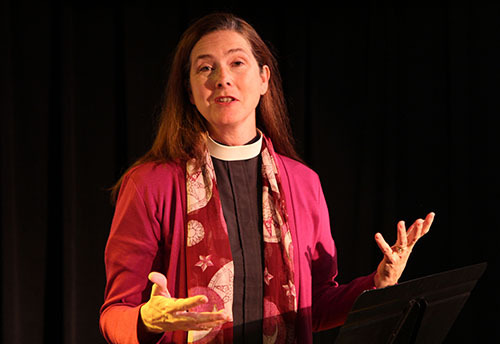 Photo by Nancy A. Ruhling
Thia: A community focused on peace, justice, love of neighbor.

Around the same time, she got married. She and her husband, voiceover actor Paul Reggio, have a 21-year-old daughter and two teenage sons. It was Paul who remade the Broadway space for the church.

For a while, the family lived in Clifton Park, New York. They returned to New York City when Thia was studying at the seminary.

Thia, who likes to talk with her arms and hands, looks like a sparrow flapping its wings when she speaks of her future plans for her fledgling congregation. 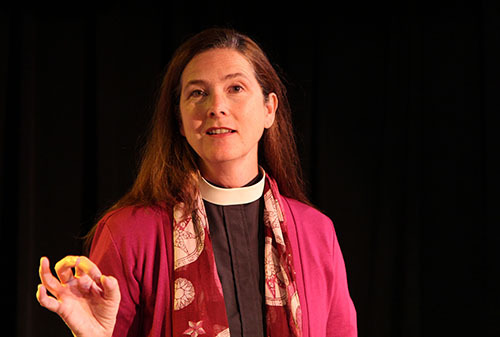 Photo by Nancy A. Ruhling
Thia looks forward to meeting you.

The churchgoers will create a community garden at the Ditmars property; they will tear down the ancient carport to make room for it to grow.

Someday, on the roof, they will set up beehives. All they need is a beekeeper.

The pianist, thank God, strikes a final chord, and all is silent.