It’s a sunny Saturday, and David Jakubovic is itching to get out bright and early. He’s going to shoot a fashion film, and he wants to scout a bunch of locations in the neighborhood.

He’s all pumped up because his first feature film, The Forest Is Red, took top honors at the European Independent Film Festival and won two awards at Italy’s Tolentino International Film Festival.

Relaxing in his living room is torture; the freelance film editor is a “complete and utter workaholic,” mainly because his work is so much fun that he finds himself happy to keep making cuts while the rest of the world rests. 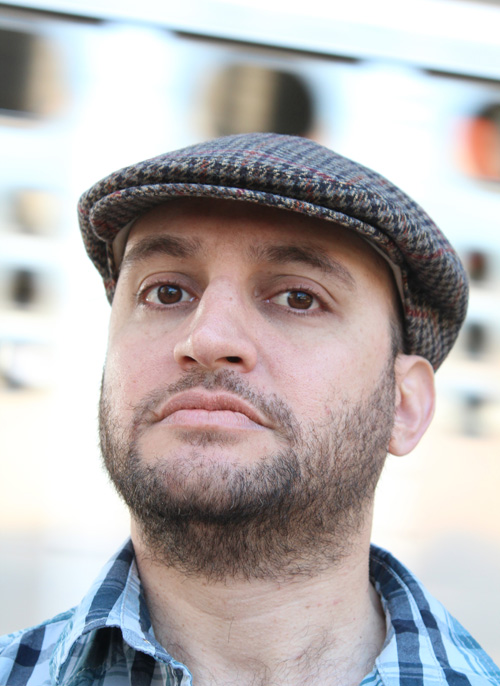 Photo by Nancy A. Ruhling
David is a longtime editor, first-time filmmaker.

“There’s something musical about the editing,” he says. “There’s a lot of rhythm to it.”

David, an intense, wiry man who doesn’t take himself seriously, has been working on films since high school, when he took a couple of classes.

“I got my first camera — it was a Hitachi Hi8, and I cringe when I think about it now — when my great-grandmother died and left me $500,” he says. “I started making dreadful little videos; thank goodness they don’t survive.” 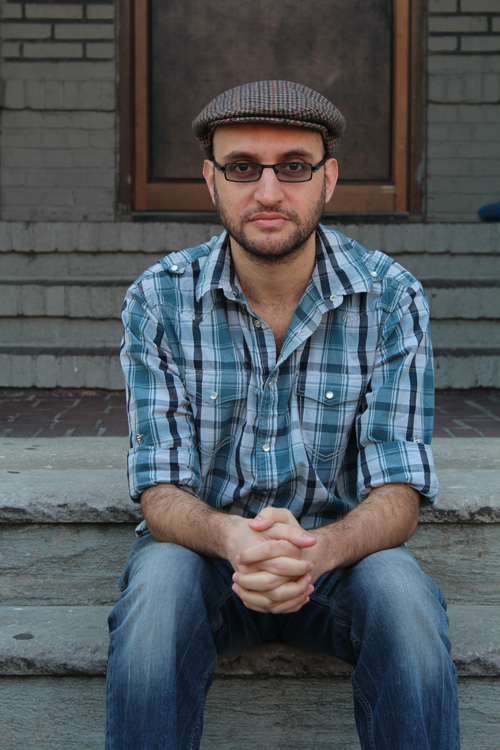 Photo by Nancy A. Ruhling
David is considering the next step in his career.

He grew up in Israel, in Ra’anana, a middle-class suburban city about 20 minutes from Tel Aviv, in a six-story apartment building where everybody knew everybody else.

“I can still recite the names of the 24 families who lived there,” he says. “The city was a very safe place. I used to walk to kindergarten, and people were very warm.”

Military service is mandatory in Israel, and David served his three years making training films for the air force. 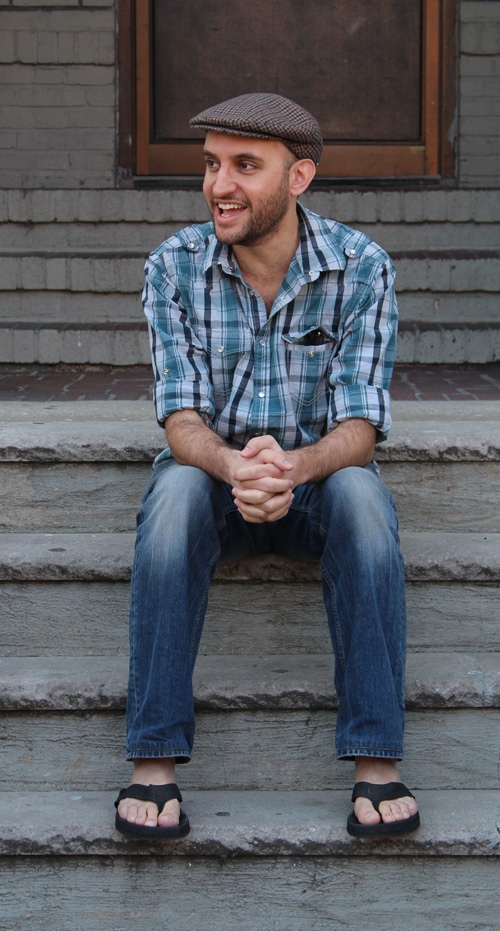 Photo by Nancy A. Ruhling
David can afford to smile — his film is finished.

“I was a nerdy kid with asthma,” he says. “So I knew I wasn’t going into combat.”

When his hitch ended, he decided to pursue his career in New York.

“I’m enamored of American cinema,” he says. “I’ve always loved Woody Allen. My dad used to tape his films, and I would get up every Saturday morning eager to watch them. Love and Death, his satire on Russian literature, is one of my favorites.” 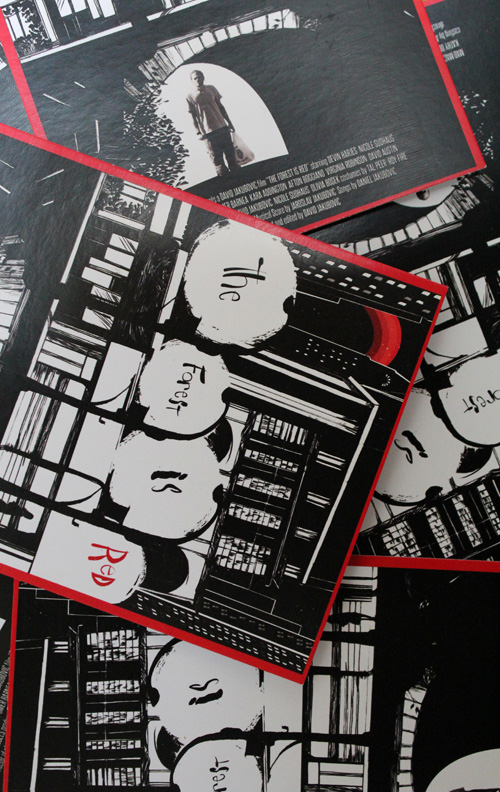 Photo by Nancy A. Ruhling
In David’s film, nothing is black and white.

David’s intention was to go to college, but he got an editing job right off the bat, so he never made it to a single class.

After 9/11, when things were slow, he lost his job, which he calls a blessing in disguise.

“This forced me to move to LA, where I worked as a freelance assistant editor on feature films that went directly to TV or DVD,” he says. “I got my first co-editing credit when I was only 25.”

Four years ago, he moved back to New York to make his own film. Two years ago, he began working on The Forest Is Red, a black-and-white art film that spins a surreal tale of a socially awkward young man striving to find a place in a colorless, alienating city.

“I just started writing it, and it was a completely strange, organic process,” David says. “It’s like I was discovering the movie as I went along just as people do when they watch it. I never knew what was going to happen next.”

The film, which was shot in 22 days, was produced, written, directed and edited by David through his Mad Machine Films. It includes a classical score written by David’s father, the noted composer, musician and producer Jaroslav Jakubovic, and two songs by David’s younger brother, Daniel. 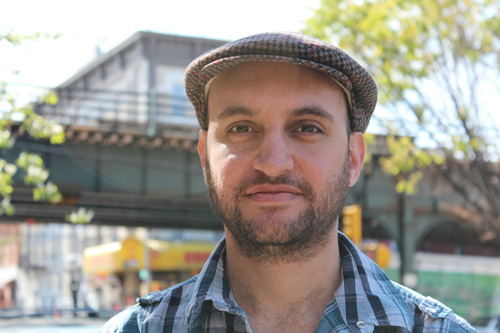 Photo by Nancy A. Ruhling
Most of David’s movie was filmed in Astoria.

“I worked 17 hours a day for six months to save enough money to make the film,” he says. “The post-production work took a year because I couldn’t do it full time. The score is very complex, so I hired the best musicians, and we recorded the whole thing in only one six-hour session.”

Most of The Forest Is Red was shot in Astoria, and many of the actors are local. The film’s visceral, edgy plot plays up the gritty-glam neighborhood, turning it into a lush, gorgeous Alice in Wonderland dreamscape.

“People have asked me whether the film is autobiographical,” David says. “It’s not — unlike Nathan, the main character, I don’t write strange poems, bury jam in the park and converse with voices in my head. But, sure, there probably are some parts in there that will remind people of me — the actor playing Nathan made it a point to imitate some of my tics.” 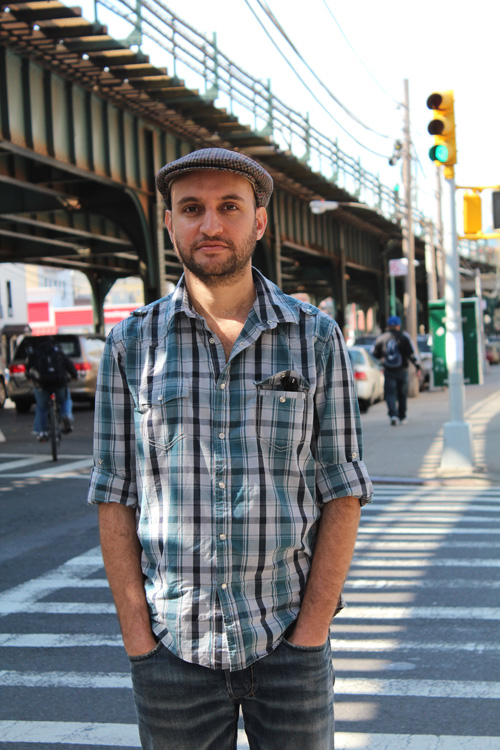 Photo by Nancy A. Ruhling
David says the main character has some of his characteristics.

Although David has written other scripts and has had other ideas, he didn’t attempt to produce any of them.

Completing The Forest Is Red made David realize that he needs a break from editing, unless the films are his.

“I’ve been doing this since I was 17,” he says. “That’s half of my life and my whole career. I’m no longer creatively hungry for it.” 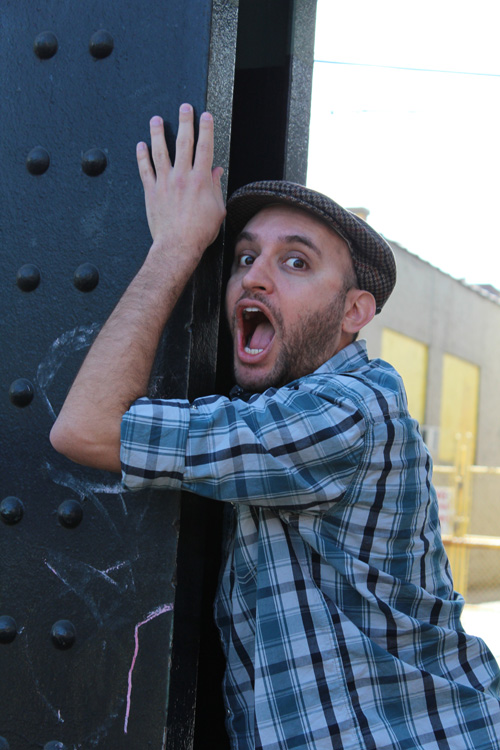 Photo by Nancy A. Ruhling
David’s film is serious; he isn’t always.

That’s why he’s focusing on producing films for the fashion industry. While he’s getting that aspect of his career up and running, he’s looking for a distributor that can put The Forest Is Red in theaters around the world.

Right now, though, he’s got some serious scouting to do.