Raffie Gordon slides on his shades, the ones that make him look cooler than a Fourth of July Popsicle.

It’s a short walk from his shop, Belief, to Astoria Park. But it’s torture for him. He’d rather be riding the skateboard he has tucked under his arm.

Skateboarding has been Raffie’s main mode of transportation since he was 11. That’s when he hopped on his first board. “I haven’t gotten off since,” the soon-to-be 26-year-old says. 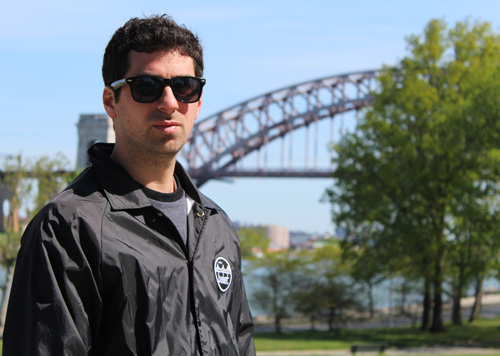 Photo by Nancy A. Ruhling
Raffie is a co-owner of the skateboard shop Belief.

Ah, that first board. It was an Alien Workshop, and it was purple and green. No, he doesn’t have it any more — he traded it for a pair of jeans; how could he have done something so stupid, even if he was just a kid?

He grew up, tall, lean and hungry to do grinds and kickflips, in upstate Katonah, a bucolic burb, where there’s lots of room to ride a board. His parents didn’t name him Raffie. That’s just a riffy nickname for Raphael. 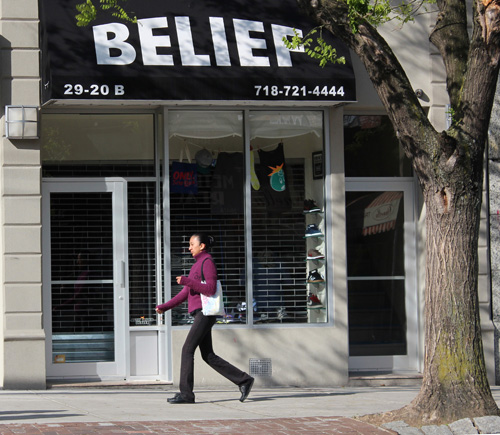 Photo by Nancy A. Ruhling
Belief shows off its true beliefs.

As time passed, he graduated to greater boards. “Until late high school, I did skateboarding every waking moment,” he says. “It dictated my life, it became my religion.”

Reluctantly, Raffie found enough time off the board to enroll in Roger Williams University, where he earned a degree in communications/public relations with a minor in graphic design. 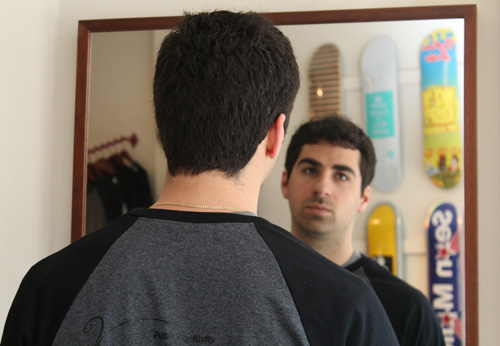 “I don’t regret going to college,” he says. “I am where I am today because of it.”

This reminds him that the kid who gave him his jeans for the skateboard all those years ago didn’t go to college. Instead, he became an amateur skateboarder. “Now, he’s in California living with our skateboard idols,” Raffie says. 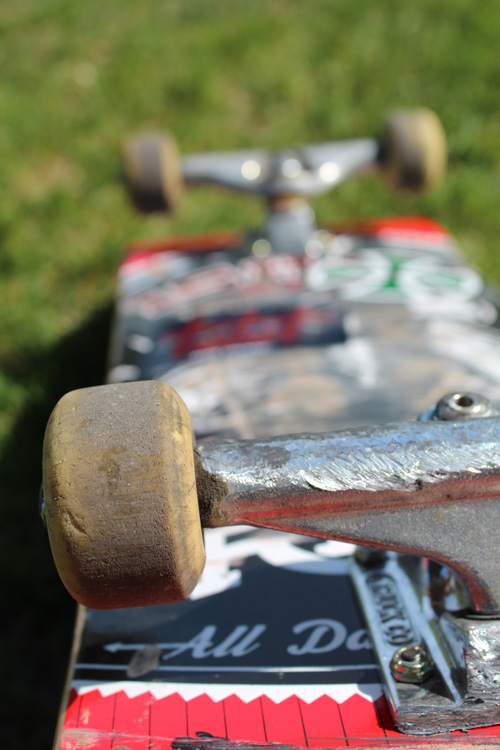 Photo by Nancy A. Ruhling
Raffie’s board takes a time out.

Raffie could have done that; he was good enough as a teen skateboarder to pick up sponsors. He looks around Belief, and at least for the moment, seems satisfied that he made the right choice.

Raffie was working for a skateboard shop in Westchester when he, his twin brother, Phil, and childhood friend Jimmy Collins decided to open their own shop. Belief, a mash-up of skateboarding, hip hop and fashion, was rolled out in the summer of 2010, the same time the Astoria Skate Park opened. 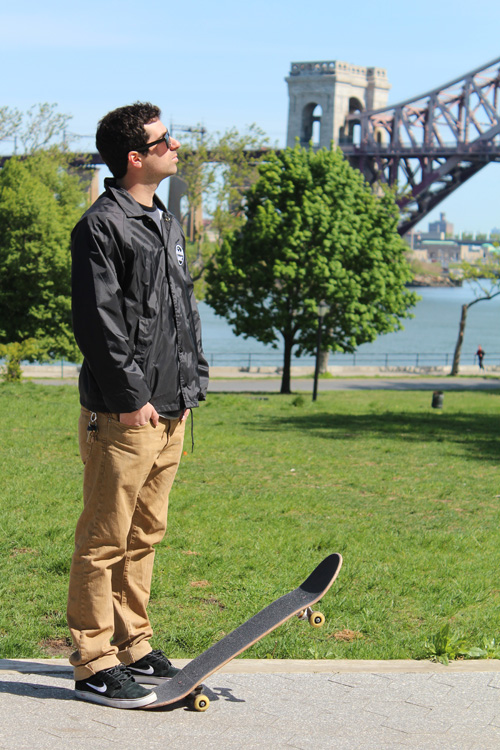 Photo by Nancy A. Ruhling
Raffie is a park regular.

“Skate shops have always been my second home,” Raffie says, “and the people who ran them became my family. I want Belief to provide the same experience for kids here.”

Along with skateboards, Belief sells clothing and shoes and hosts special events and contests that keep the kids coming in. 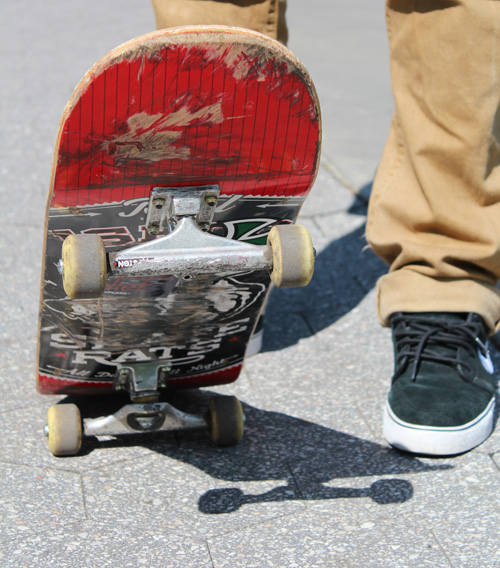 Photo by Nancy A. Ruhling
Foot to board, Raffie’s ready to ride.

“We called it Belief because we believe in it and its values,” Raffie says. “We promote a positive outlook because it’s part of our belief system.”

Raffie, the shop’s creative director, does most of the design work, whether it’s for a poster or a T-shirt.

“Someday, we want to be able to sell clothing that we design from start to finish,” he says. 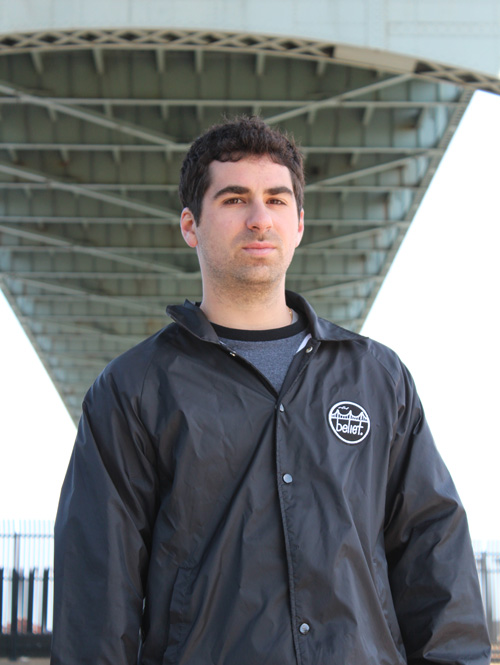 Photo by Nancy A. Ruhling
No matter what he does, Raffie will always be involved with skateboarding.

Raffie and his co-owners didn’t know that Astoria was opening a skateboard park when they set out to set up Belief, but it has worked to their advantage, so much so that Raffie finds he spends far too much time in the shop. 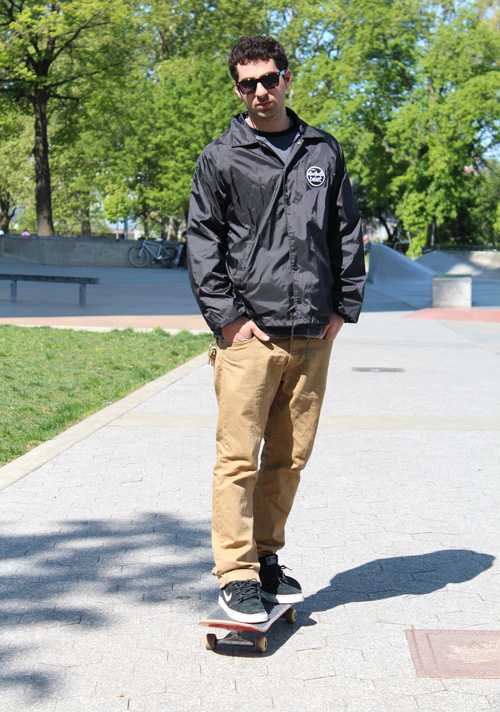 Photo by Nancy A. Ruhling
For Raffie, it doesn’t get better than being on a skateboard.

“I’ve even gone so far as to go skateboarding at night in the winter just so I can get in some board time,” he says. “It’s really cold in the park; it’s like a wind tunnel there even on a mild day. I can only do about 15 minutes in those conditions, but it’s worth it.”

Raffie doesn’t know where he’ll be in 10 years or even five, but he does know where he wants to be: on a skateboard. 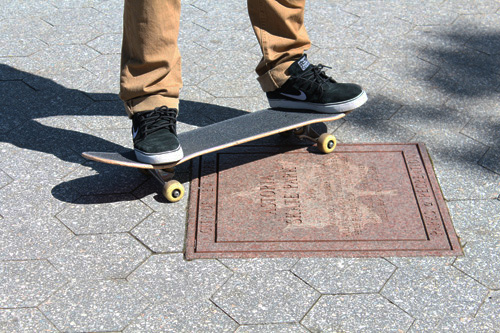 Photo by Nancy A. Ruhling
Astoria Skate Park is a big neighborhood attraction.

“I want to expand the Belief clothing line,” he says. “And I hope the brand gets a lot bigger worldwide. Who knows, we may even open a second store somewhere.”

At the skateboard park, Raffie stands out, and not only because he’s as tall as a telephone pole. He may look like a teenager, but he isn’t. He has responsibilities that transcend switch crooked grinds. 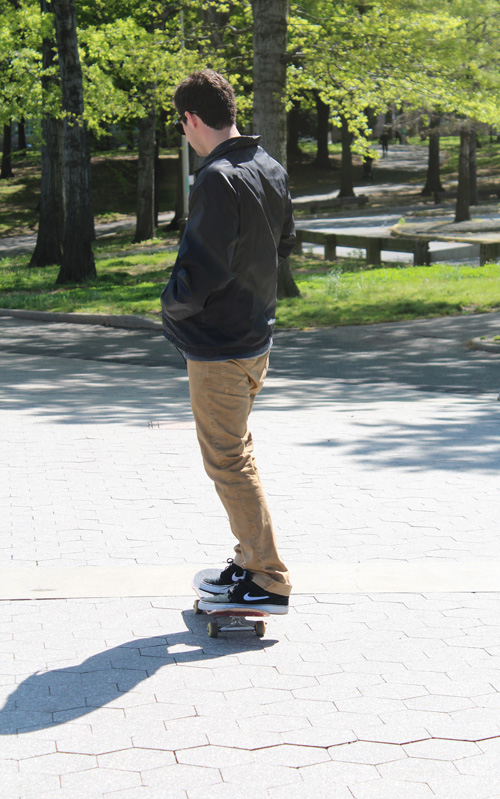 Photo by Nancy A. Ruhling
Raffie rides back toward Belief.

“Skateboarding has always given me a feeling of freedom,” he says. “All my problems go away when I step on the board.”

This time, when he steps on the board, he flies away. And for the first time all morning, there’s a smile on his face.