It was art that drew them together.

Patricia Boes, the official artist in the family, doesn’t remember exactly when it happened.

She does recall that Devin, her son, was the first to join her. 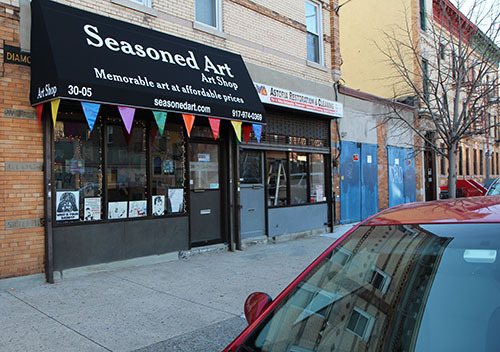 Photo by Nancy A. Ruhling
Seasoned Art on 43rd Street at 30th Avenue.

“I was teaching an art class, and he must have been about 10, and he sketched a bird,” she says. “He’s been creating ever since.”

Some five or six years ago, her husband, James, who is a writer, started painting, and recently, their daughter, Jeanne, also took up the brush.

“I got jealous because everyone else in the family was doing it, so I decided to do it, too,” Jeanne says.

The result is a collective canvas called Seasoned Art, which sells “memorable art at affordable prices.” 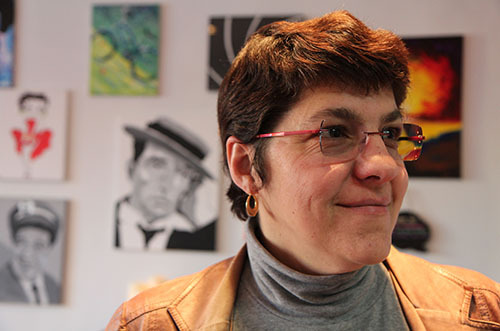 Photo by Nancy A. Ruhling
Patricia has had a long career as an artist.

“It’s named Seasoned Art because our work is a combination of such different styles that it’s like seeing fall, winter, spring and summer all together,” Patricia says.

No, that’s not quite right.

“Don’t you remember?” Jeanne asks. “It’s from Seasoned Heart, the first song that dad and I collaborated on.” 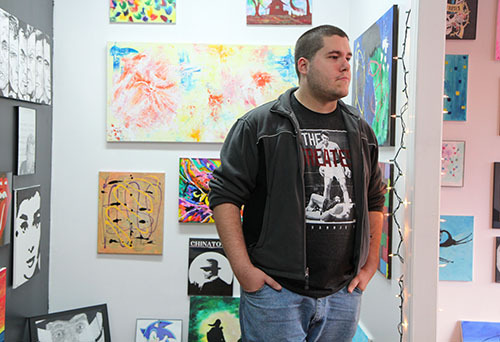 Jeanne concedes that it does, adding that “we each have different personalities, and our work reflects them.”

The storefront Astoria gallery, which had housed a company that sold alarm systems, opened in November.

The family had a shop once before, in Lynbrook, Long Island, but it didn’t last as long as a watercolor in a rainstorm.

They are hoping their live-in-your-living room, happy-go-lucky pieces make it big in their home neighborhood, where Devin and Jeanne were born, and where James and Patricia moved from the Bronx. 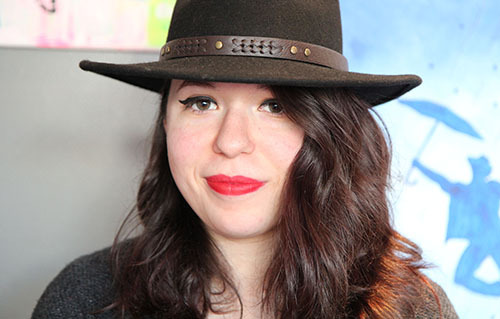 Photo by Nancy A. Ruhling
Jeanne’s also a singer and musician.

“We create for the enjoyment of art,” Patricia says. “We are very family friendly; you’ll never see a naked body on the wall. Most of our pieces are $20.”

She points to the wall behind her, where Batman and a ballerina hang side by side like siblings.

The family’s arts roots run deep. Patricia took classes at The Art Students League of New York, and Devin and Jeanne, who also is a singer and musician, graduated from the Frank Sinatra School of the Arts. 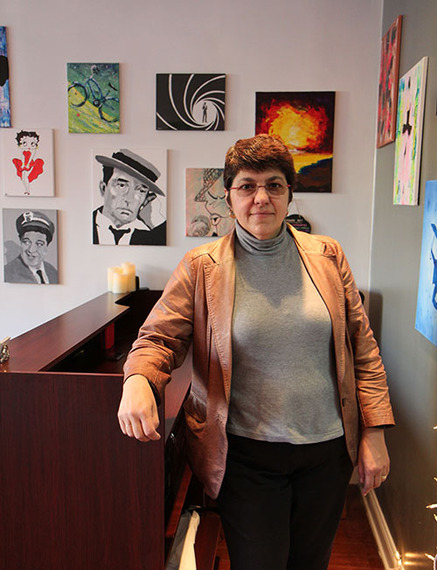 Photo by Nancy A. Ruhling
Patricia specializes in portraits.

The two look at each other and laugh.

Seasoned Art started as a hobby. Patricia began selling homemade candles on the street, and one day Devin added some of his pictures. Soon, they were selling so much art that they set up shop outside Chase bank on Steinway Street at 30th Avenue.

Once they opened the shop, they quit their part-time jobs. 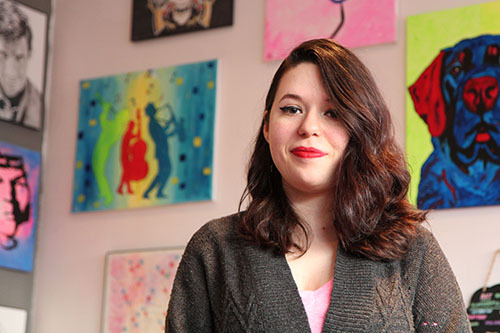 Photo by Nancy A. Ruhling
Jeanne was the last member of the family to embrace the brush.

They take turns manning the shop. You can tell who’s there by the music that’s playing. Patricia is partial to classic ballads. James puts on easy-listening Muzak. Devin rolls with rockers like Coldplay, and Jeanne tunes into Bruno Mars and other pop icons.

“It’s great when we open the door and you can hear Sinatra on the street,” Jeanne says.

The shift work gives each a degree of independence. 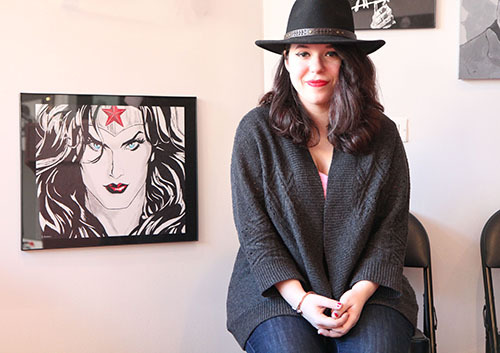 Photo by Nancy A. Ruhling
Jeanne next to one of Devin’s works.

“We don’t fight in the store because we are never here together,” Patricia says. “We save the fighting for home.”

She and the kids crack up over this.

Most of their work is executed at night when their store duties are done. They look forward to their creative time alone. 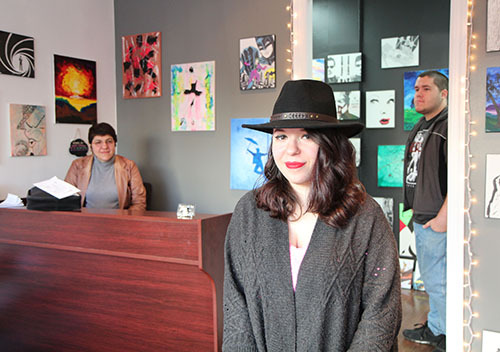 Photo by Nancy A. Ruhling
Family portrait in the family store.

“I love painting the expressions on faces,” Patricia says. “I can spend hours on an eyeball.”

They know that Seasoned Art is still a work in progress. That’s exciting because they can fill in the blank spaces together.

Patricia says they’d like to open more stores, one for each of them.

Jeanne, who has never heard of this plan, flashes her mother an alarmed “how-could-you?” look before pleading, “Or just one bigger one.”