It is so quiet in Galina Tsypin‘s office that you can hear a pin drop. Or, to be more precise, a needle.

Galina, you see, is an acupuncturist, and the studied silence is part of her healing process. 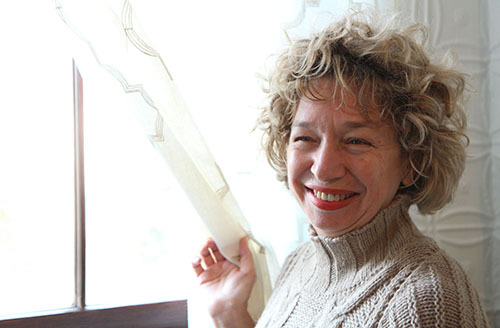 Photo by Nancy A. Ruhling
Galina is an acupuncturist.

Acupuncture For All, which is shaded by a sidewalk tree and the packs of apartment buildings that line 30th Street at Broadway, is her serene space.

Long and lean, the white-walled office with the sky-high shiny silver tin ceiling looks like a luxe spa. The single, sunny treatment room is in the back.

Galina, a wee woman with Goldilocks curls, comes from St. Petersburg, Russia, which in the Iron Curtain days she lived there was called Leningrad. 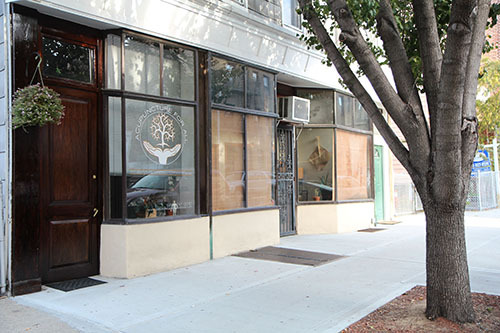 Photo by Nancy A. Ruhling
Acupuncture For All is on 30th Street near Broadway.

When she was born, her parents lived in a communal apartment in the city.

There were eight rooms on the floor. The family of three was allotted one of them as well as the use of a shared toilet and kitchen. To shower, they went to the public bath house in the city.

By the time Galina was 3, the family was living with her father’s parents and his brother in a two-bedroom co-op.

“You could not move to another city unless you got married, and then it took a long time to get permission,” she says. “Everyone had to be registered where they lived.” 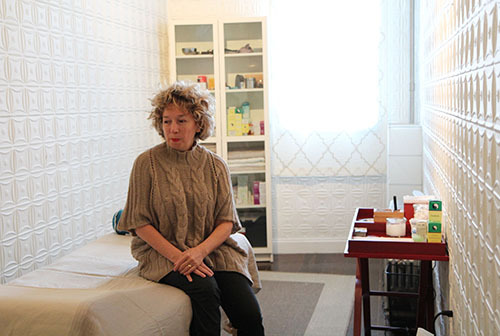 Photo by Nancy A. Ruhling
Galina’s from Russia.

Eventually, her parents got their own place, but their marriage did not last. Galina doesn’t know the reason for the breakup. But the he said-she said screaming matches still ring in her ears.

By the time Galina was 10, she and her mother were on their own. They felt fortunate to get a small, two-room apartment.

“There were no freedoms or opportunities, so when I graduated from high school, we came to America,” she says.

“We could take one piece of fur clothing, so my mother, who had never owned anything like this, bought a silver fox to sell abroad,” Galina says. “She got about $1,000 for it from a hostel owner in Vienna, where we stopped for 10 days. It was probably a fraction of its price. We had that $1,000 and two small suitcases filled with old clothes.” 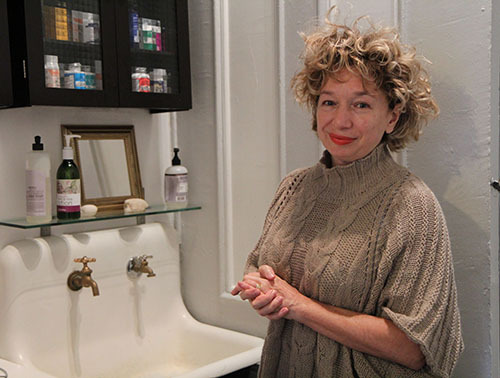 Photo by Nancy A. Ruhling
Fashion design was her first career.

They ended up in Miami Beach, Florida, where her mother, an engineer, quickly got a job.

Her mother’s next job took them to Manhattan in 1980. 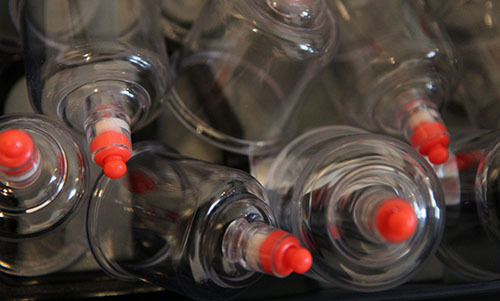 Photo by Nancy A. Ruhling
Galina also does cupping.

“I met my husband in her office my second day in town,” Galina says. “He passed by her desk and said something in Russian. The next day, I went out with my ex-boyfriend, the only person I knew in New York City, and the friend he invited to join us was my husband, who came with his girlfriend. It was a double coincidence.”

Three weeks later, they moved in together, and Galina enrolled in Pratt Institute to study interior design. She switched to Parsons School of Design for fashion after reading an issue of Vogue.

“I couldn’t put the magazine down,” she says. “The transition seemed natural because I’ve always had an interest in the body.” 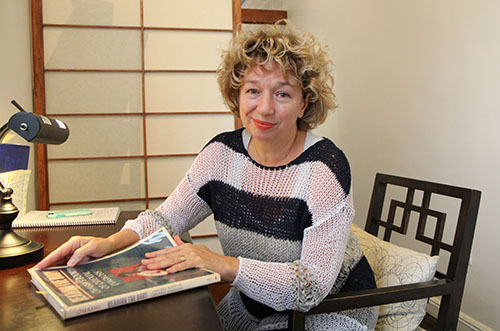 Photo by Nancy A. Ruhling
She wants to make acupuncture affordable for all.

Fashion fascinated her, and for 15 years, she worked for a variety of labels, including Tahari.

“Then one day, I completely lost interest,” she says. “I wanted to do something meaningful, and fashion suddenly seemed so superficial. I was almost 40, I had two daughters, and I was in a suspended state.”

The company was having layoffs, and Galina asked her boss to put her on the list.

It was while she was at loose ends that she discovered Wataru Ohashi’s Reading the Body, which she says, “opened a whole new world to me.” 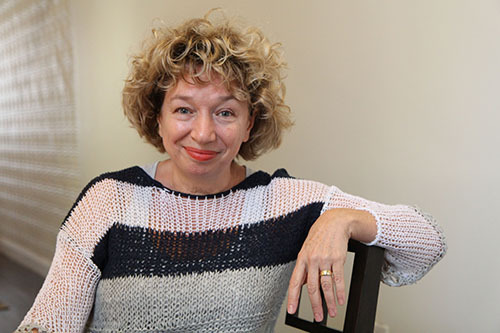 Photo by Nancy A. Ruhling
She likes helping people.

She worked as a freelance fashion designer while she studied the touch-healing technique at the Ohashi Institute. Then she earned a master’s degree in acupuncture and herbal medicine from the Pacific College of Oriental Medicine in New York City.

After working in Manhattan and New Jersey, Galina opened Acupuncture For All three years ago.

“It’s called Acupuncture For All because I want to treat regular people from the neighborhood,” she says. “I try to make it affordable because the treatment is not covered by many insurance companies.” 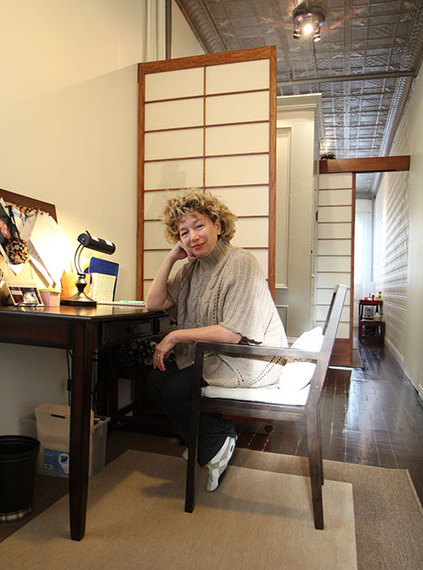 Photo by Nancy A. Ruhling
Galina’s right where she belongs.

In addition to acupuncture, Galina offers cupping, Gua Sha, Chinese herbs, Moxibustion and Shiatsu and treats everything from infertility to sports injuries.

“With Chinese medicine, you keep learning all your life,” she says. “And it’s so different from the Western way of thinking where everything is yes and no and black and white.”

Recently, Galina has been studying Master Tung acupuncture, in which needles are inserted at “magic points” that are opposite the areas of pain.

The relief she brings to patients is rewarding.