I live in what people in the neighborhood call one of the “big houses.” The lot is only 20 by 100, which, by Astoria standards, is an average size.

It looks big because it is set back from the street, separated from the sidewalk by a terraced lawn that steps up like a tiered wedding cake.

And it has a front porch whose weighty head is held high by a quartet of big, white Colonial columns.

I’ve heard it said that these “big houses,” which line Ditmars Boulevard from 29th to Crescent Streets, were built first. 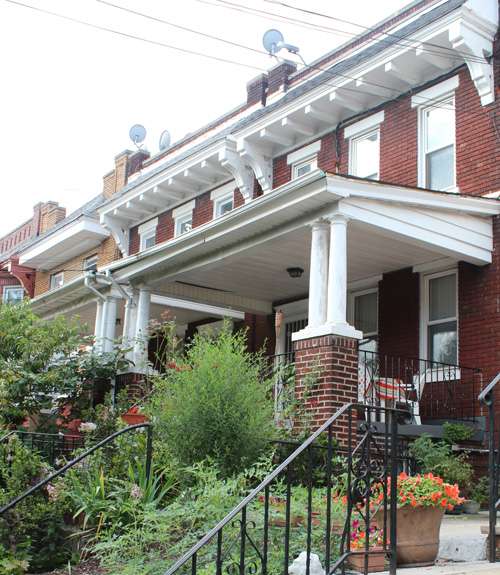 Photo by Nancy A. Ruhling
The front porch, a Ditmars Boulevard rarity.

That’s why every one of them had a front porch. The other houses were cemented into place a couple of years later, during the Great Depression, when a front porch would have been considered a budget-busting luxury.

Porches were for sitting in rocking chairs. They were for keeping the rain and snow off you. And, in the days before air conditioning was born, they were for sleeping when summer’s heat waves came to visit like unwelcome guests carrying bulging suitcases.

On Ditmars, they were shaded by the boughs of trees big enough to form a canopy that covered the boulevard.

But times and tastes change, so it has come to pass that there are only five original porches left. Through the years, the others were bricked in or sheathed in siding. The idea, I suppose, was to create more living space. 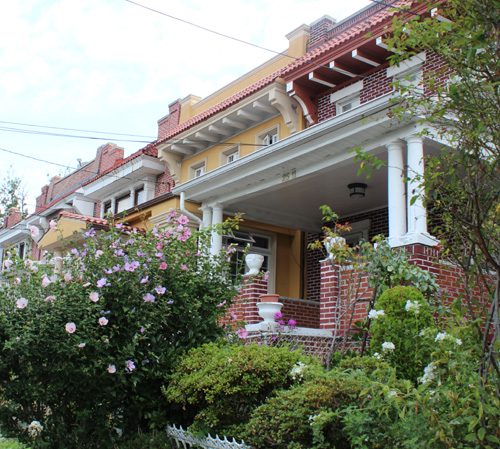 Photo by Nancy A. Ruhling
From the front porch, the world unfolds.

I lived in the house for several years before I even thought of sitting on the front porch. But when a renovation project forced me outdoors, I took up residence on the top step.

At first, I felt odd. I wasn’t used to being on display like an animal in a zoo. But then I started staring back, and my whole world became a Shakespearean stage, the play playing out every day.

Weary workers rush to the bus at the crack of dawn. Packs of people stride toward the subway eager to start another day. The deli’s counterman unlocks the gate on his front window; when he rolls it up, it sounds like a rattling railroad car.

The sullen school kids, still sleepy, head to class in their uniforms, which won’t stay neatly pressed past recess. 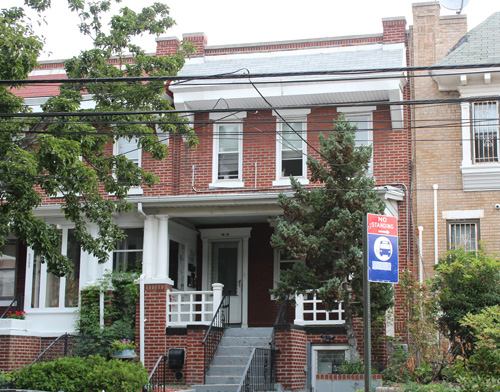 Photo by Nancy A. Ruhling
A city porch, a country feel.

No sooner are they gone than the church lady, dressed in her Sunday best, passes by on her way to mass. She just misses the old-timer on the corner who climbs to the top of his precarious ladder to tend to his precious grapevine.

A beagle, sniffing the sidewalk, leads his owner toward the park. A hunched-over woman collecting bottles and cans wheels her shopping cart into the intersection, and a cabbie, just getting off his shift, nabs the last parking spot on the block.

The man with the cane, the woman wearing the sari, the young mother wheeling the baby carriage and the teenager jogging to the park all pass by my porch. So do the little old ladies going to market.

The repairmen and contractors in vans emblazoned with their business names fill in the middle of my day; they’re spelled by the guys from UPS and FedEx. The postman runs up and down and down and up the steps of every house as if he’s Sly Stallone working out for Rocky. 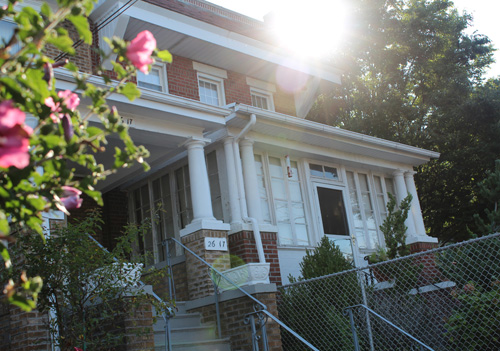 Photo by Nancy A. Ruhling
Street eyes: The porch sees all.

By this time, school’s out, and the kids swell up the block like a tidal wave, using the branches of my flowering cherry tree as their jungle gym. A bunch of guys hang out at the deli, shooting the breeze. When they’re gone, the fellows at the corner bar drink and talk, stamping out their cigarettes on the sidewalk.

The sun goes down, the porch light goes on and I go in.

The next morning, there’s a man’s dress shirt hanging from the limb of my tree. Right by it, there’s an empty Champagne flute standing on the sidewalk.

Before the world wakes, I see the scene from my front porch.