The carrot-coconut-apple bread, just out of the oven, is cooling on a wire rack as Claudia Lieto-McKenna readies her boys for 9 o’clock mass.

She hands a couple of slices to 13-year-old Tristan and eight-year-old Luca while her husband, Nigel, urges them to get a move on.

Just as she always does, Claudia’s made a double batch of the sweet-smelling bread that she insists tastes better with butter. What her family doesn’t devour, she’ll hand out to friends and neighbors. She’s done it so much that people have come to expect it. 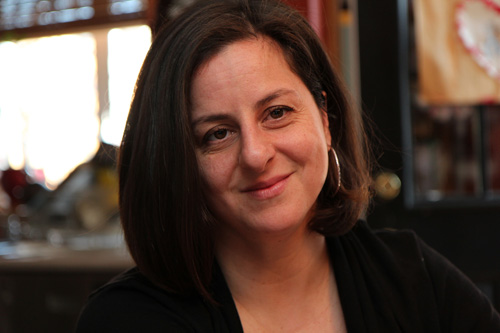 Photo by Nancy A. Ruhling
Claudia’s the voice of parents at P.S. 122.

Claudia started baking in earnest when Tristan was but a baby. The boys have nut allergies, and her due diligence goes to school with them in their lunchboxes, which have never so much as seen a sandwich. Tristan and Luca feast on fare like breaded cutlets and fresh frittatas.

Claudia’s devotion to the boys doesn’t end with what’s in their brown bags. She walks Luca the handful of blocks to and from P.S. 122 every day, and she’ll continue to drive Tristan to The Baccalaureate School for Global Education until she’s confident he can swing the subway solo.

As longtime co-president of the PTA at P.S. 122, where Tristan graduated and Luca is in third grade, Claudia has been the very vocal voice on a variety of issues.

Most recently, she has been leading protests to reverse the Department of Education’s decision to restructure the school, a move that effectively eliminates its gifted program. 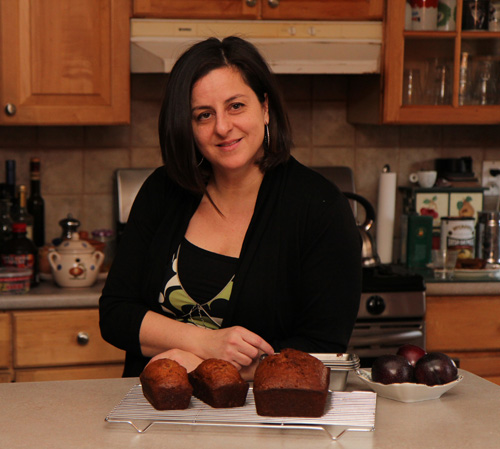 Photo by Nancy A. Ruhling
Claudia is at home in the kitchen.

“As a parent, you have to get involved with the school,” she says. “It’s important to engage others, to pull them in and make them feel welcome.”

Claudia’s been doing that ever since she was a little girl, working in her parents’ restaurant. Oftentimes, people didn’t want to eat alone, so they asked Claudia to keep them company.

Claudia, a bouncy brunette with burning brown eyes, was born in the south of Italy and spent her childhood there and in Montreal as her parents moved back and forth. When she wasn’t making conversation with customers, Claudia was helping out in the restaurant’s kitchen and waiting on tables.

She developed a love of languages, which is evident from the fact that she’s fluent not only in English but also in Italian, German, French, Spanish and Canadian French. 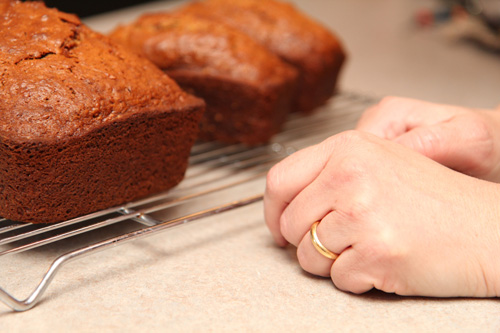 Photo by Nancy A. Ruhling
Claudia’s carrot-coconut-apple bread fresh from the oven.

She also developed a love of all things Italian, and when she was 19, she went back to the country of her birth. She got a notion to travel, and during her college studies, she did an internship in Bavaria.

“I thought I would live in Germany,” she says and laughs. “It was a colossal failure.”

So eager was she to leave that when she got offered a job with Disneyland Paris, she hopped on a plane that night. It was there that she met Nigel.

Two years later, the engaged couple moved to Astoria when Nigel won a green card in a lottery.

“I missed North America, and Nigel’s brother was here,” she says. “And I was Disneyed out from smiling all the time.” 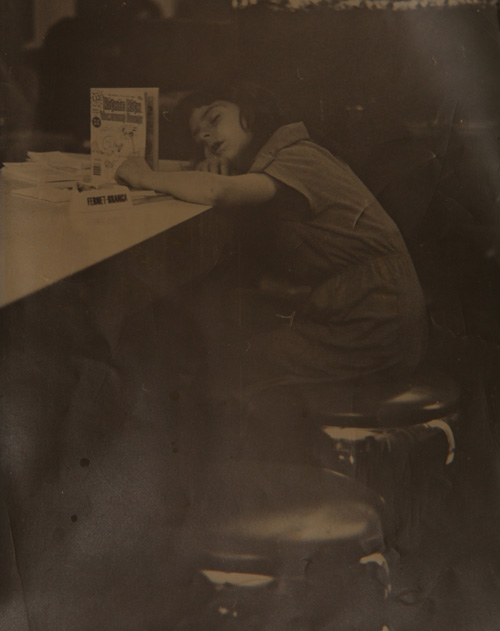 Photo by Nancy A. Ruhling
Claudia, about 7, takes a break at her parents’ restaurant.

Claudia earned a certification in French legal translation from New York University and, for a time, was the worldwide translation coordinator for Elizabeth Arden. Once Tristan was born, she transitioned to freelance translation.

“I do a lot of work for several agencies over the phone,” she says. “It ranges from financial and post-op to suicide cases.”

But much of her time is taken up with her PTA work. She’s never bothered to count the hours she logs in this voluntary position. But she does know that she gets up around six and seldom rests her head on her pillow until 11.

The days go quickly, especially when Nigel’s on the road for business, and before Claudia knows it, she’s fixing dinner. 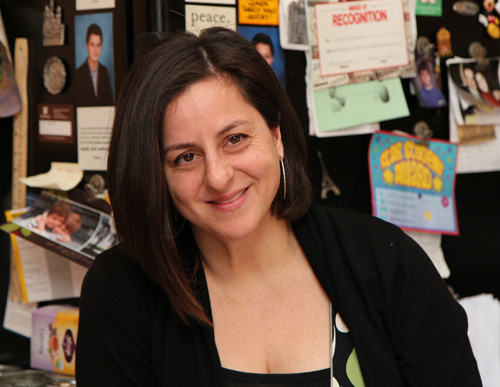 “Cooking’s very therapeutic,” she says. “Even the smell is very calming. There’s something about the ritual and the giving it away.”

During the school year, she and the kids are all wrapped up with what she calls “an insane amount of homework.”

It doesn’t leave much time for family activities. But they are together every summer, usually in Italy, where Claudia still has family, or in Ireland, where Nigel’s people are.

Claudia doesn’t consider being an advocate for her children a job. She holds fast to the idea that it’s a duty and a responsibility. 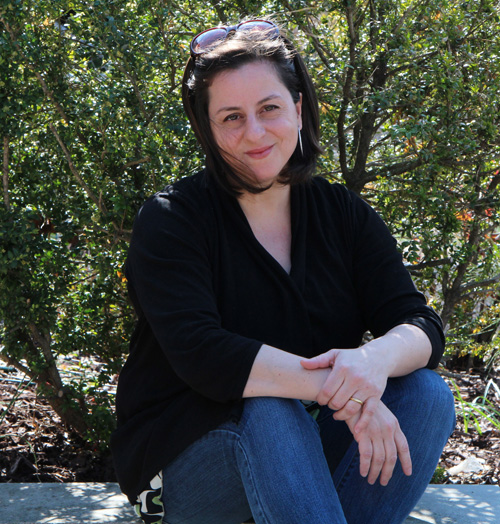 When Tristan and Luca are a little older, Claudia plans to go back to the corporate world. She’s quick to point out that this doesn’t mean that she will devote less time to them.

“I’ve always been involved in their schools, and I always will be,” she says. “As far as the PTA presidency, I’ll keep doing it as long as they’ll have me.”

The church bell tolls. Before it has rung the ninth and final time, Claudia, Nigel and the boys are marching up the street.