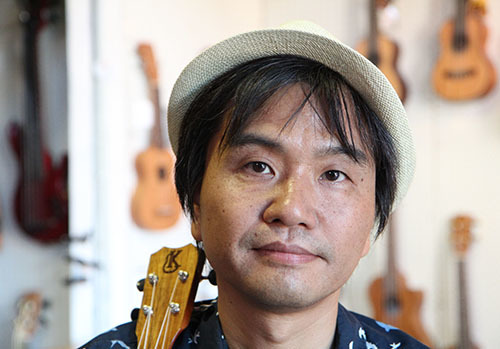 “I can teach anyone the basics in an hour,” he declares.

This is no boast. Masafumi has done so countless times. It’s part of his part-time job at the Uke Hut, New York City’s only ukulele-only store.

With its grass-skirt trim, dancing hula dolls and Zen vibes, the Uke Hut is as close to (and as far away from) Hawaii as Astoria will ever get. 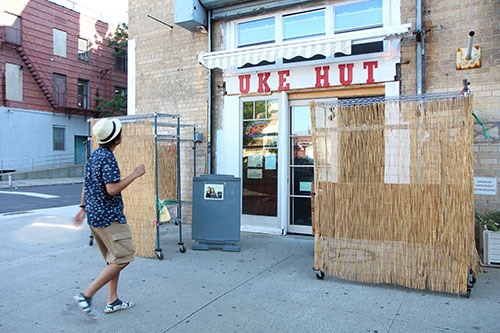 Masafumi, a cool, laid-back guy who looks as though he just stepped off a surfboard, has been working at the shop ever since it hung up its first ukulele in 2014.

The figure-eight-shaped ukulele, aka “the jumping flea,” may be easy to play, but it’s not so easy to love. Or spell.

Invented in Hawaii in the 19th century, its confounding name means “the gift that came here.” 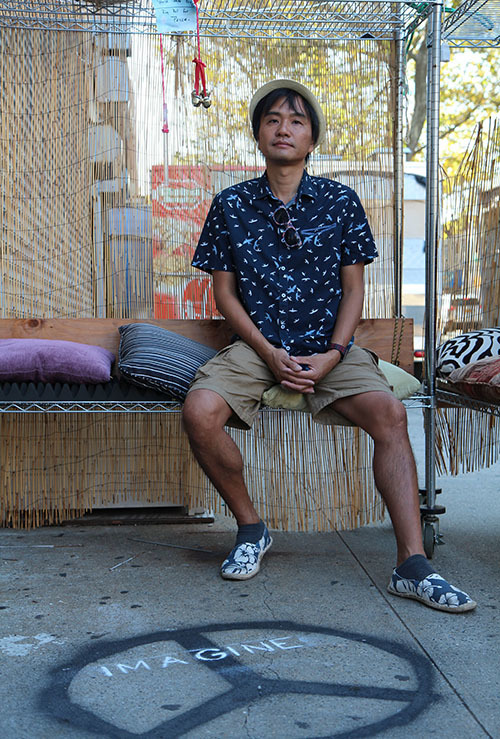 Photo by Nancy A. Ruhling
Imagine Hawaii in the middle of Astoria.

Although some serious musicians, notably George Harrison, have sung its praises, it has, for the most part, been a novelty. (Think Tiny Tin tiptoeing through the tulips and lei-wearing tone-deaf tourists trying to tune up.)

Anyway, Masafumi came to the instrument late in his career, and had it not been for the Uke Hut, he may not have had much opportunity to extoll its virtues.

Born in Fuji City, Japan, in sight of the mountain, Masafumi was raised in Susono and lived in Tokyo for a decade after he graduated from high school.

He got interested in music at 14, which, he concedes, was rather old for such a pursuit. His first instrument was the acoustic guitar. He taught himself to play it for a school festival and couldn’t put it down. 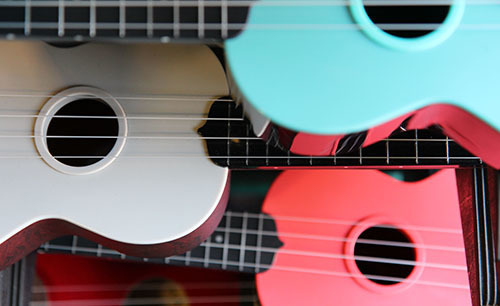 Photo by Nancy A. Ruhling
A songfest of ukes.

Soon, he joined a garage band, adding drums and electric guitar to his instrumental arsenal.

He went to technical school and learned the art of sound engineering, doing DJ gigs for companies and events. 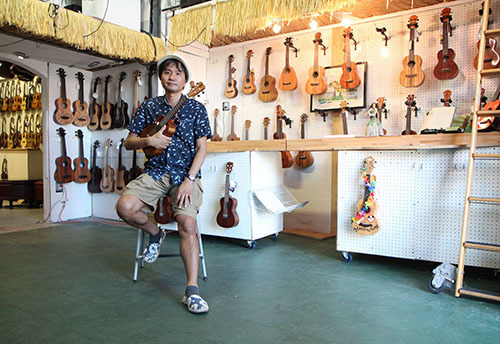 Photo by Nancy A. Ruhling
Masafumi has two CDs and plays lots of neighborhood gigs.

At 22, in a move that surprised him, he decided to pursue a musical career. He became a member of one band then another and another, too many to remember, and played in clubs, dance halls and bars in the Tokyo area.

“I learned all different kinds of music,” he says. “I played blues, jazz and bossa nova.”

He also composed and sang.

In 1995, after serving as a music director for his mentor’s Carnegie Hall program, Masafumi decided not to get back on the plane. 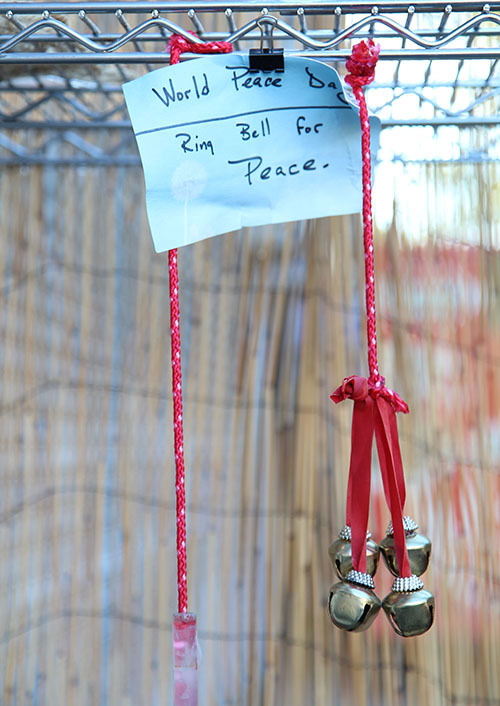 Photo by Nancy A. Ruhling
Feel (and hear) the Zen.

He mastered the language in three months, but it took longer for his music to pay off.

“For five years, I worked as a waiter in Japanese restaurants,” he says. “And at night, I played with bands.”

Quitting his day job was hard, but by giving music lessons, he was able to create a creative life. 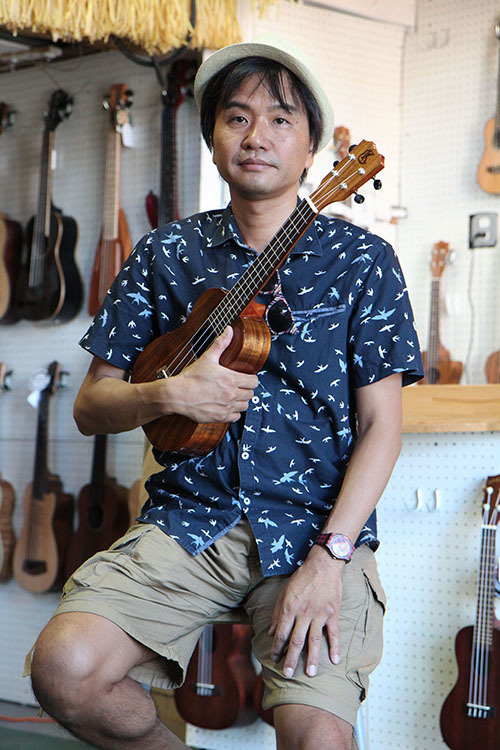 Photo by Nancy A. Ruhling
Masafumi can teach you the ABCs of the ukulele in an hour.

He had some ups and downs – he suffered a collapsed lung and depression in 2001 – but now he makes his living teaching, performing and working the sales counter and coordinating concerts at the Uke Hut.

“I’m lucky,” he says. “I play about 15 nights a month in various places in Manhattan, Brooklyn and Queens.”

Radio stations on the East Coast regularly play his compositions, including those from his bossa nova CD Gradation. His latest CD, Lina & Saki, is a collaboration in which he plays the ukulele for a guitarist/singer/songwriter. 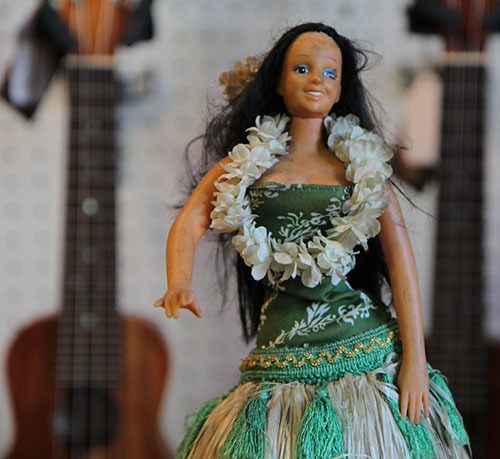 Masafumi just turned 50, which he sees as an opportunity to set new goals. Although his ideas are still in the formative stage, he knows that their heart and soul will play out on a musical stage.

“I’d like to compose and produce more music,” he says. “All this time, I’ve stuck to New York City, but I’d really love to tour America, and now I have enough contacts to do that.”

He sets the ukulele aside and smiles, dreamy-eyed.