Nine a.m. comes mighty early when you didn’t go to bed until 3 in the morning. That’s why Pedro Gonzalez is hiding behind the brim of his black fedora. 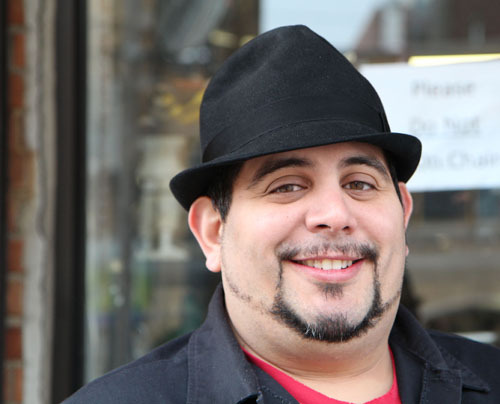 Photo by Nancy A. Ruhling
You’ll see Pedro at The Furniture Market and Waltz-Astoria.

This staying up until all hours is starting to become a habit, but that’s what happens when you do double duty.

As soon as the sun comes up, Pedro squints and takes over as manager of The Furniture Market, the gigantic two-level secondhand shop that for nearly two decades has been selling everything in home decor from desks and chests to dining tables. 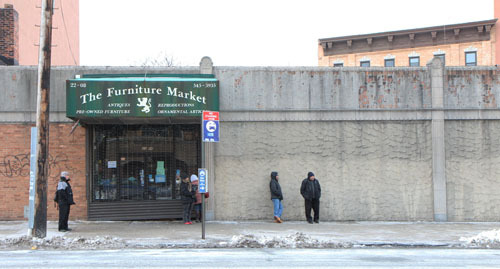 Photo by Nancy A. Ruhling
The Furniture Market, a major presence on Astoria Boulevard.

When the sun goes down, he heads to Waltz-Astoria, the cool café club he and his wife, Song, own.

Pedro, son of a Puerto Rican father and Honduran mother, was born and reared in Astoria. 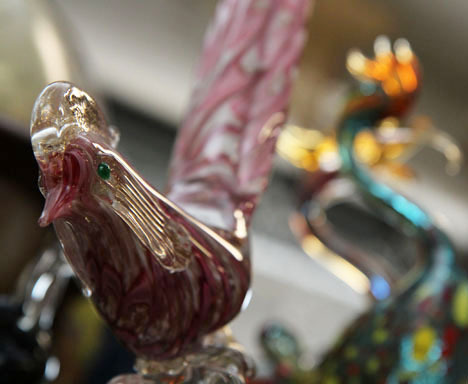 He spent his youth helping his mother set up and sell at flea markets, including the one where The Furniture Market stands. He did not like it one bit. No, let’s change that. He HATED it.

“I had to work to earn an allowance,” says Pedro, a bull with a well-tamed goatee. “I had to get up at 3 or 4 in the morning to get the best spots.”

It was at these events that Pedro got his business head.

Photo by Nancy A. Ruhling
Waltz-Astoria is where Pedro hangs out at night.

“I’m a born salesman,” he says. “I could sell ice to an Eskimo in the middle of winter in Alaska.”

And he can — and has — sold stuff to himself that comes into the shop. He’s an avid collector of comic books, antique books and hand-to-hand weapons, notably knives. 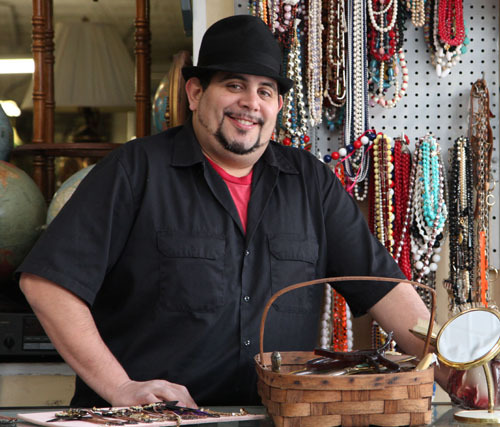 Photo by Nancy A. Ruhling
He’s betting you can’t leave without buying something.

Of course, it’s hard to resist The Furniture Market’s merch. The 6,000-square-foot shop is crammed with so many tantalizing treasures, all displayed in orderly arrangements by category, that it’s hard to leave without a souvenir. Or two. Or three. Or a houseful.

Do you need a clock for your kitchen, an urn for your garden or a marble statue for your living room? How about a cut-glass bowl, a doll or a pair of chandelier earrings? 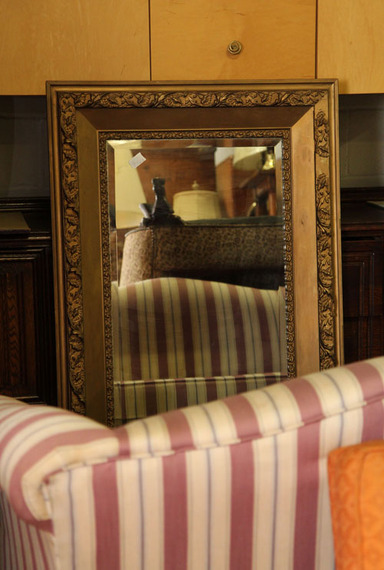 Photo by Nancy A. Ruhling
The market offers a smorgasbord of furnishings.

Pedro got this job because his mother is the co-owner of the market. He used to help out, and when he attended culinary school, he took a steady shift at the shop on top of a big gig at CVS.

“I’m not studious, so I never graduated,” he says. “But I still love to cook, and I do all the time.” 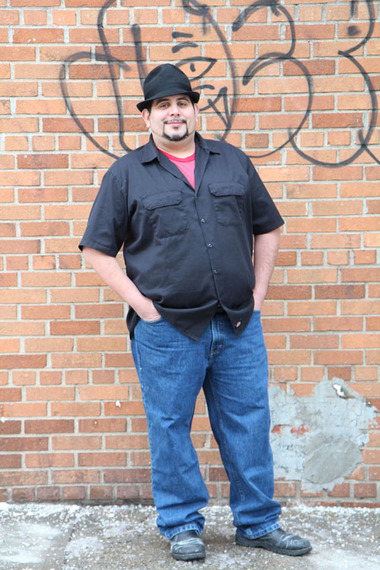 Photo by Nancy A. Ruhling
Pedro got his start on the flea-market circuit.

Once he started working for The Furniture Market full time, he got a wife and a whole new life.

“We met at the store,” he says. “She was a customer; we exchanged numbers, but it took us four months to even go out. It was a whirlwind romance. We got married in nine months. I proposed on an open mic at Waltz.” 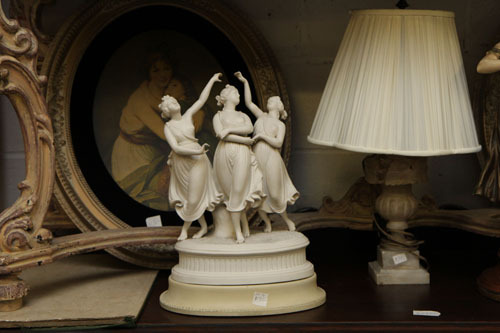 Photo by Nancy A. Ruhling
There’s an object for every taste.

He pauses. Annabelle, his daughter, who is learning to lift weights by watching Daddy, is nearly 5 and he’s 35. Pedro can’t believe it. The time shot by like a star.

Speaking of stars, Pedro has met a lot of them. The movie studios frequently shop at the market, and he has been invited to a number of sets. Practically every TV program that is filmed in New York City has either rented or bought from Pedro. 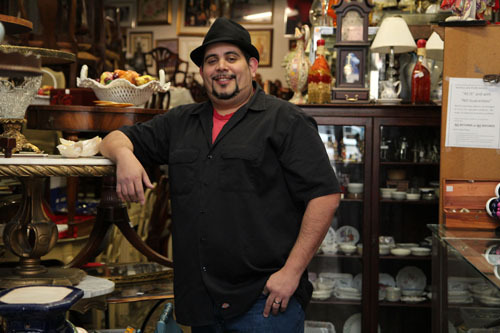 Photo by Nancy A. Ruhling
‘I can sell ice to an Eskimo.’

Now that he’s thinking about it, he remembers what it used to be like BB — Before Baby. Those were the days when he went to the gym four to five times a week and ran two miles a day. Man, was he buff.

He’s let himself get out of shape. He gets winded just talking about all the exercise he used to do. But like Rocky, he’s planning a comeback. You won’t recognize him when he goes back to being a muscle man. 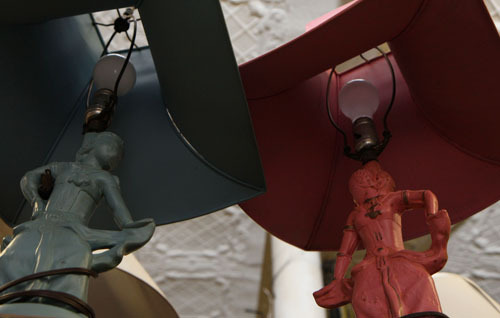 Photo by Nancy A. Ruhling
The market deals in the antique and the unusual.

It could be that time has passed quickly because Pedro is so busy. Once he married Song, he started helping out at Waltz-Astoria, and before he knew it, he was hanging out there every night.

Recently, he has scaled back his time at The Furniture Market, where his mother still works. He only comes in a couple of days a week. At Waltz-Astoria, it is he who is in charge of booking the live acts that bring in the crowds.

“We built Waltz for the arts,” he says. “Before we opened eight years ago, we had lost all culture in Astoria. Even the schools took away the arts programs. Not a day goes by that someone in the arts doesn’t thank me for creating such a network.” 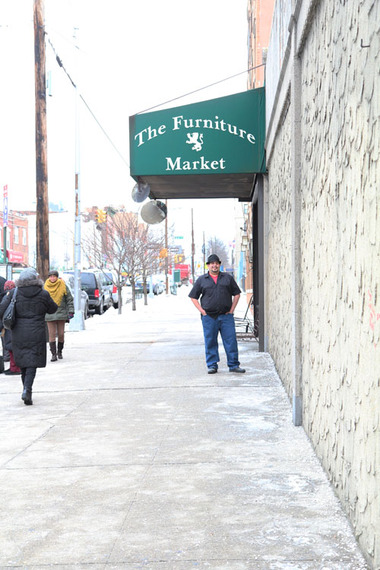 Photo by Nancy A. Ruhling
Pedro on his home turf.

Pedro has no grand plans to roll Waltz-Astoria out as a franchise. Right now, with him holding down the fort, it’s holding its own.

Besides which, he’s not really looking for more work. But then again, if he got more sleep, that wouldn’t be any fun either.