Rain. That’s what pelted Marco Pereira’s boyhood brain, drop by drop by drop time after time, until it finally sank in. 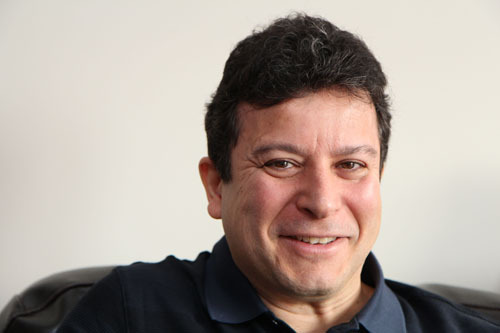 Photo by Nancy A. Ruhling
Marco’s theory turns everything upside down.

“It was pouring so hard that I couldn’t go outside our house,” says Marco, who grew up in Santos, Brazil, Pelé’s playing field. “The only thing I could do was watch the rippling waves rising in the mini lakes. They had a hypnotic effect. I didn’t know it at the time, but the waves were talking to me, they were explaining everything in the universe.”

And Marco, a scientist with earnest brown eyes and more degrees than a thermometer, would like to explain it all to you. In his New Relativistic Quantum Mechanical Simple Theory of Everything, what he affectionately calls the Grand Unification Theory, the universe is a four-dimensional shock wave traveling outward at the speed of light.

It just so happens that the three-dimensional universe that we know and live in is the thin hypersurface of this shock wave. Their relationship proves, at least according to Marco, that there is interaction at points in time, which is something that has eluded researchers, well, since the beginning of time.

Marco’s new geometrical view of the cosmos encompasses a new cosmogenesis and a new model for matter based on the Fundamental Dilator, which is the simplest coherence between deformation states of space. 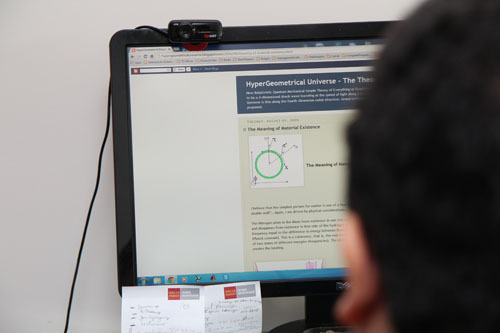 Photo by Nancy A. Ruhling
Marco sending his ideas out to the blogsphere.

“My theory is conceptually complicated but mathematically simple,” Marco says. “You need nothing more than an understanding of high school math. The theory, which provides an absolute cosmological time clock while keeping the local time relative, doesn’t allow for time travel, but it does provide a path to an infinite source of energy — coherent fusion — and space travel.”

The veracity of his theory aside, Marco can tell you a thing or two about time. That’s because he has spent all of his time — free and otherwise — trying to raise money to prove his theory and put it into practice.

Although the seeds of Marco’s HyperGeometrical Universe were planted by the sudden sodden storms of his youth, his theory did not blossom until decades later. He proposed it in 2005, the centenary of the Annus Mirabilis or Wonderful Year in which Einstein introduced a trio of papers that made history and forever changed it. 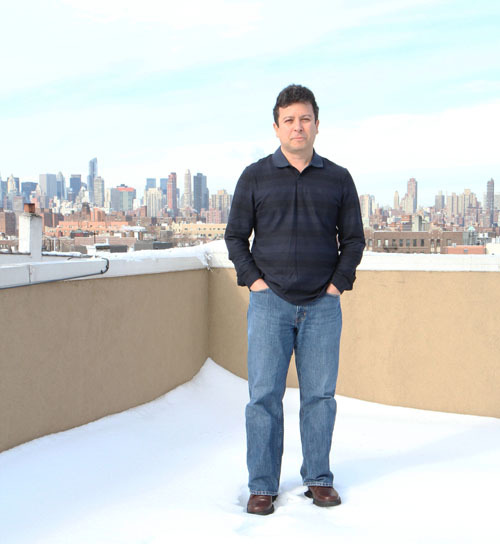 Photo by Nancy A. Ruhling
Marco says his theory explains everything in the universe.

Measure for measure, Marco’s initial enthusiasm was for the metrics and mechanics of mathematics. By the age of 4, he had taught himself algebra.

“I love mathematics because everything is self-consistent,” he says. “There are several paths to explore, but they always lead to one math truth.”

His precision precociousness did not go unnoticed, and when it came time for college, he was one of a select few to win a top spot at a prestigious five-year school, where he accorded himself well and graduated with a degree in electronic engineering. 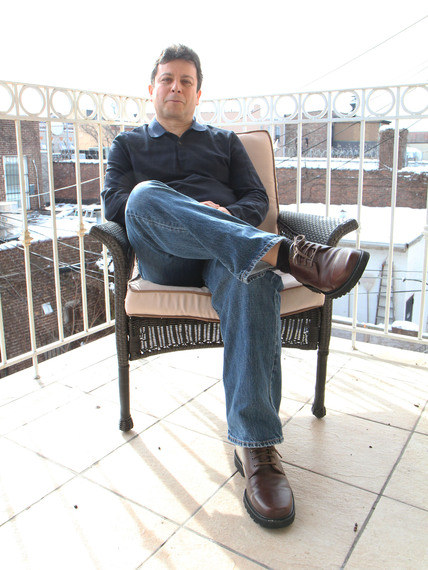 Photo by Nancy A. Ruhling
He’s started a company to finance his research.

It was the love of learning that drove him to earn a master’s degree. So zealous was he that soon he ran out of things to study in Brazil.

The day after his second college graduation, he flew to the United States, with no knowledge of the English language, to work on a doctorate at the University of Pennsylvania. For good measure, he got a post-doc from the University of Rochester and an MBA from New York University.

“I always feel like I have to know everything,” he says, smiling as he sighs. “There’s no escape.”

During his career, Marco has held a variety of academic and financial positions. But his theory of the universe has always been uppermost in his mind. That’s why he’s started Quant Sapiens Capital, a risk-management consultancy that he hopes to convert to a hedge fund that will finance his research so he can prove his universal theory to the world.

While he’s waiting for the company to take off, he’s working out of his condo, where a corner of his immaculate Design Within Reach living room has been converted into a computer command center. His important papers are arranged in perfect piles on the dining table. 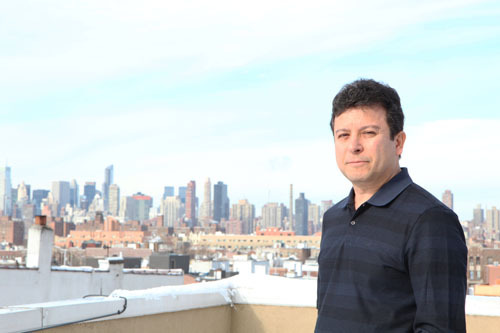 Photo by Nancy A. Ruhling
All the world’s his theory.

“Once you have an idea you believe in, you cannot run away,” he says. “I’ve been looking for financing for a dozen years, but I don’t shy away from things are that impossible.”

Marco knows this is a long shot. Several years ago, he set up another company that failed for lack of venture capital.

“I always look on the bright side,” he says, “because there’s stuff I have to do.”

He wishes he could devote all of his time to the theory of the universe, but his day job as a risk-management consultant for Citigroup keeps him pretty busy. So do his independent lectures. 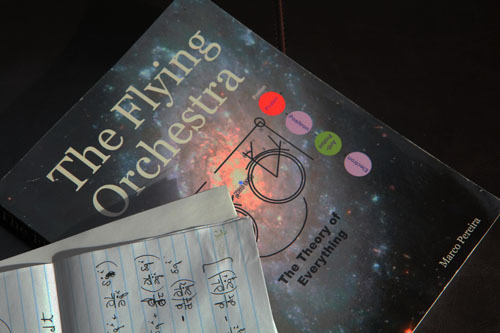 Photo by Nancy A. Ruhling
Learn everything you always wanted to know about everything.

This year, he’ll be speaking in New York, London, Paris, Singapore and Johannesburg. In the midst of all this work, he’s been blogging as well as putting the finishing touches on his book, The Flying Orchestra: The Theory of Everything.

This compulsion to prove his theory, what some would call an obsession, has taken its toll on Marco. The rest of his family is still in Brazil, and he misses them.

“I talk with my mother every day on Skype,” he says. “She’s getting older, and I only get a chance to visit with her for a month every year.” 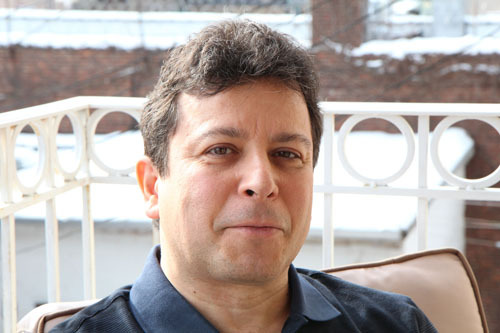 Photo by Nancy A. Ruhling
Someday, Marco knows the world will listen.

Marco, who is 56, is content to live what he terms a “purposeful life.” His idea of recreation is teaching himself languages. In addition to English and his native Portuguese, he understands French, Italian, German and Spanish. And he’s learning Korean from the dramas he watches on the large flat-screen TV that takes up one wall of his living room.

As for his theory of the universe, which has become his all-consuming universe, Marco knows it will change the world.