It is while peering through the smoke that Ibrahim Amer sees things clearly. His cigar, resting in an ashtray like a sunbather in a lounge chair, is smoldering when he picks it up for a puff. 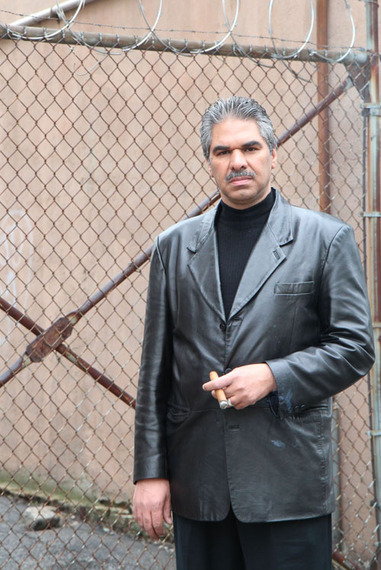 Photo by Nancy A. Ruhling
Ebi is the owner of Havana Puff.

Ibrahim, who is known as Ebi, is the owner of Havana Puff, Astoria’s only cigar lounge. He started smoking on the sly when he was 10, but that was cigarettes. He’s from Alexandria, Egypt, and at that time, the tobacco’s flame was such hot stuff that it made him one of the cool kids.

As the oldest child and only son, Ebi, a tower whose black hair is super salty, has always felt duty-bound to take care of his family. When he was growing up, there was not a pressing need for his assistance. His father, a teacher, made a decent life for Ebi and his four sisters, so much so that there was enough money coming in for his mother to stay at home. 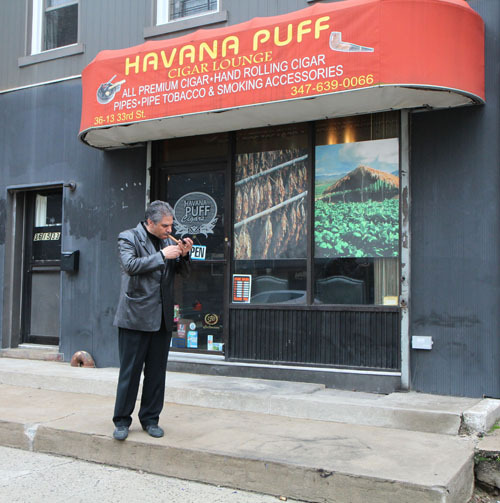 But as Ebi got older, he wanted more. After earning a history degree and teaching for a year, he set his sights on New York City, where several of his friends had come.

“I wanted to earn a master’s in Egyptology, but I didn’t have enough money, so I thought I would come to an American college to get it,” he says.

When he got off the plane two decades ago, he went to work but not in the classroom. First, he took a delivery job. Soon, he got into the restaurant business, becoming a cook then a deli manager. 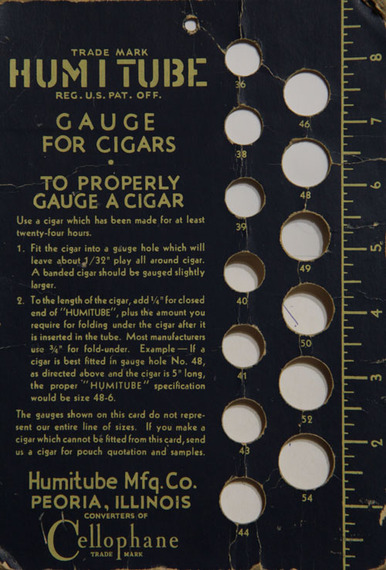 Photo by Nancy A. Ruhling
A cigar-sizing chart.

It was about this time that cigarettes started dragging him down.

“They were making me sick,” he says. “I quit cold turkey. It wasn’t hard. I compensated by drinking more coffee. I went from three cups a day to six.” 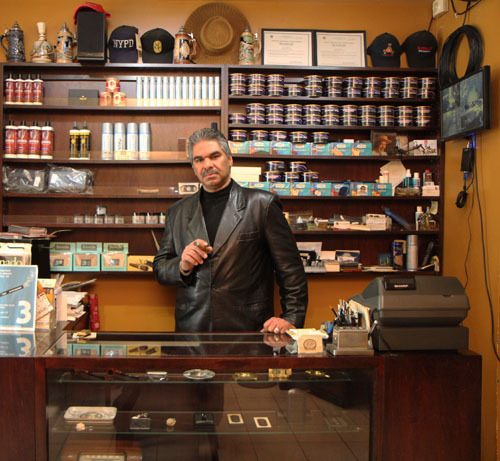 Photo by Nancy A. Ruhling
The lounge is open seven days a week.

The Midtown deli he worked for was right around the corner from Davidoff of Geneva, and Ebi befriended the manager. Every so often, they got together to shoot the breeze through spiraling smoke.

By this time, Ebi had a wife to support, and he was putting in 60 hours a week. When they divorced, he re-evaluated his life. 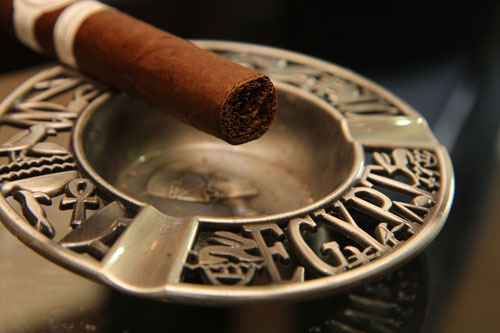 Photo by Nancy A. Ruhling
A reminder of Ebi’s homeland.

“I was pretty unhappy about work, and Davidoff offered me a job,” Ebi says. “But I didn’t take it immediately. I was afraid because I didn’t know anything about cigars.”

Things worked out better than Ebi expected, and he celebrated every promotion with a cigar.

Three years ago, he left to open Havana Puff, a cigar box-size lounge that seats six or so. It has a custom humidor room, and its walls and ceiling are the color of dried tobacco leaves. 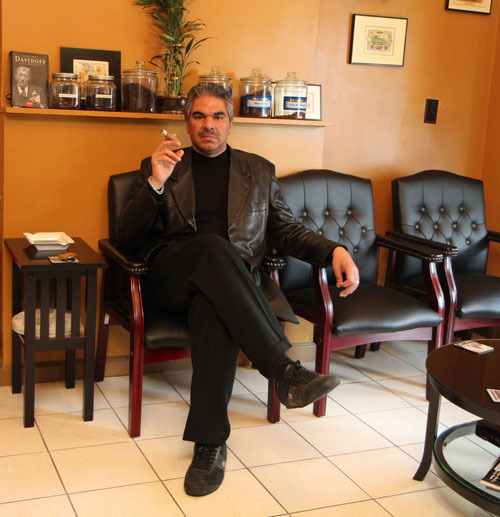 Photo by Nancy A. Ruhling
Ebi in his favorite spot.

“I designed the lounge myself,” he says. “It took a month of construction to renovate it. It used to be a mechanic’s shop.”

The lounge, on 33rd Street across from Melrose Ballroom, offers an assortment of Davidoff cigars from the Dominican Republic, Nicaragua and Honduras.

“Most of the people who own cigar lounges are from Latin America, where the tobacco is grown and the cigars are made,” Ebi says. “It’s unusual for someone from my country to do this.” 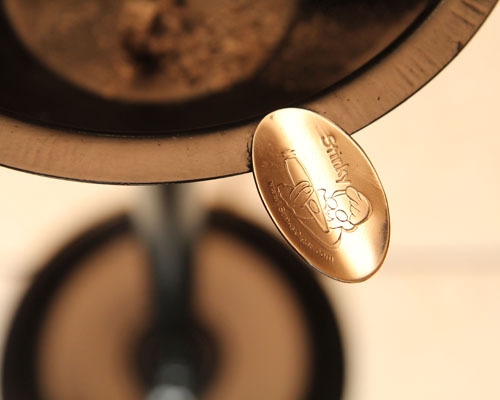 Photo by Nancy A. Ruhling
The Stinky Cigar ashtray.

Cigar smoking is a social activity, and Ebi has made Havana Puff as comfortable and friendly as his own living room.

“It takes 30 to 45 minutes to smoke one,” he says, “and people come here to talk and watch the games on TV. I treat them like my guests, and sometimes I sit down and join them for a smoke.” 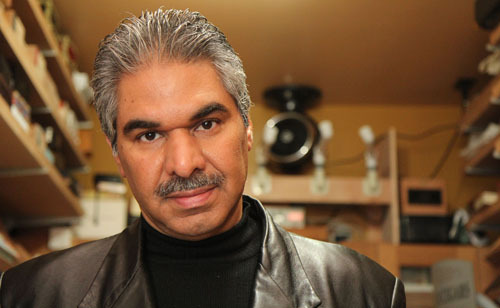 Photo by Nancy A. Ruhling
Ebi says his job is fun, not work.

He’s put all his time and money into Havana Puff, which is open seven days a week.

He’s particularly proud of the humidor, which takes up half the lounge, and the smoke-proof system that keeps the lounge’s air clean and fresh even as cigars light up the space like swarms of fireflies. The sweet scent of stogies lingers long after the last puff of the evening, which is just how it should be. 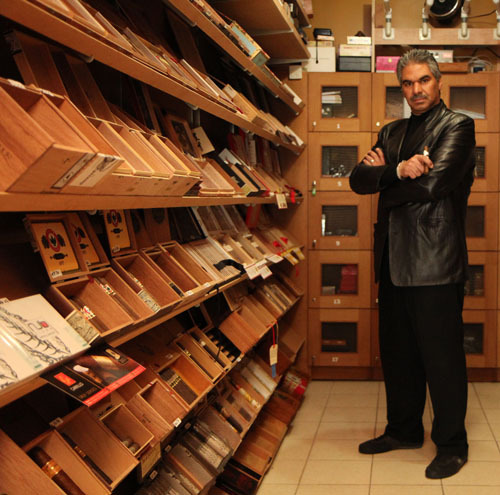 Photo by Nancy A. Ruhling
He’s particularly proud of the custom humidor.

Ebi doesn’t mind being there all the time. He has someone to help him out on Sundays. This is a great achievement; for the first year, he stood solo behind his glass and wood counter.

“When I’m here, I don’t feel like I’m working,” he says. “There’s still more work to be done down the road. This is just the beginning.”