People stop and stare and hold their babbling babies up to the wrought-iron railing. It’s not every day you see a koi pond on Ditmars Boulevard. Or a garden that looks as though it outgrew Architectural Digest. 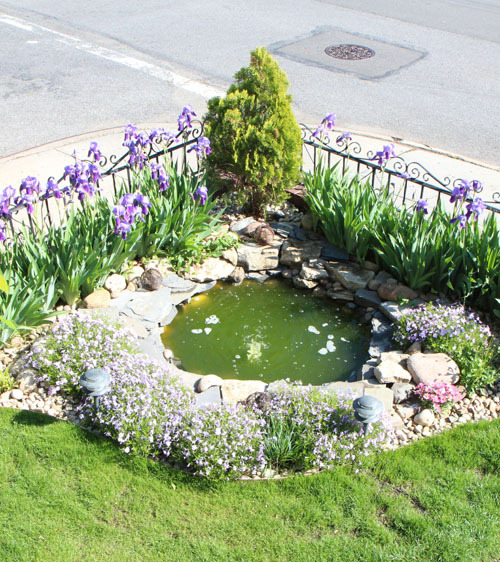 Photo by Nancy A. Ruhling
Yes, there are koi in the pond.

The haute design continues inside, where the books in the way-too-cool-for-Astoria living room are artfully arranged by color (red, blue, purple and white), and the deep hue of the Gerbera daisy in the vase on the side table matches the burnt-orange curtains in the dining room.

Martha Stewart doesn’t live here. Ben Tostado and Christian Kolarz do. They began renting the corner duplex two years ago, but they made floor plans and landscape drawings in their hearts and heads ages before they moved in. 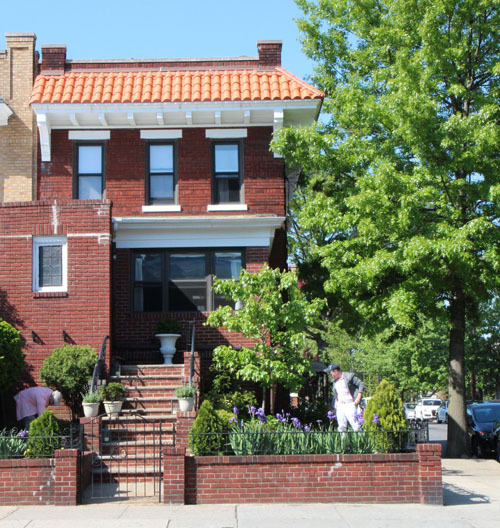 Photo by Nancy A. Ruhling
The garden has become a Ditmars attraction.

“I used to envision living here,” Christian says. “Once, I sneaked into the front yard with a tape measure.”

Christian, a playfully cerebral fellow, and Ben, a genial showman, are creative souls. They have been together nearly a decade. It wasn’t until they found each other that they fully discovered and defined themselves. 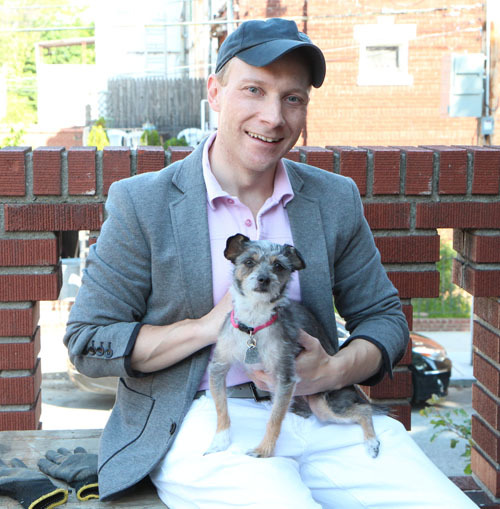 Photo by Nancy A. Ruhling
Christian, the gentleman gardener, with Millie.

Christian grew up in Buffalo, New York, playing the violin and re-designing his bedroom every nanosecond. He figured he would become a professional musician. (He still brings out his bow to perform alternative rock and folk music in public every now and then.)

Instead, he decided to make his living as a psychologist and had even pursued a doctorate in the field.

But 9/11 changed things. Christian had been working in a group practice on the 12th floor of Tower 2. A dental appointment kept him from getting to work early that morning. He arrived just in time to see the plane strike.

“My co-workers made it out safely,” he says. “But I was unemployed suddenly. I opened a private practice, but I didn’t have enough of a following to make a go of it.” 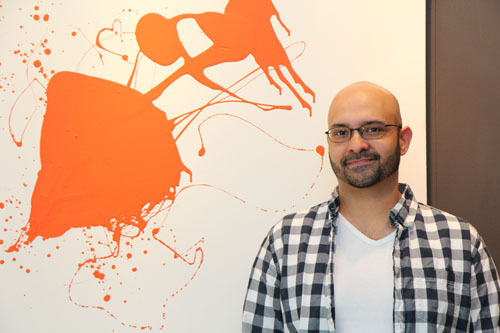 Photo by Nancy A. Ruhling
Ben teaches acting to kids.

On the advice of a friend, he signed up with a temp agency, which sent him to Dolce Gabbana.

“As a psychologist, I found the environment of the fashion house clinically fascinating,” he says. “The Devil Wears Prada really was not an exaggeration, and I found that I could use my psychologist training in a whole new way.”

Ben, who was raised by a single mom in Burbank, California, moved to New York City to pursue a career in theater as soon as he was handed his high school diploma.

He waited tables while he was waiting for his big break. He worked his way through college and eventually got roles, including a recurring stint on General Hospital, and began teaching acting. 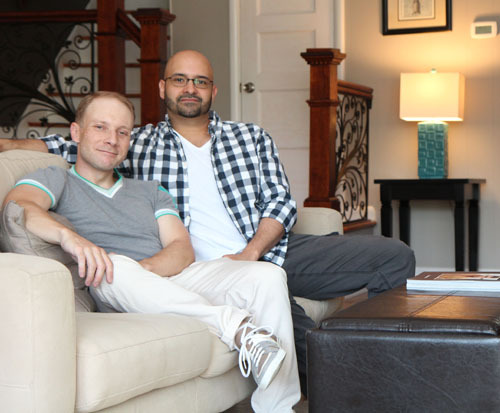 Photo by Nancy A. Ruhling
Christian and Ben transformed the duplex.

When they met in 2005, they thought they were pretty much set in their different ways, having come to their careers in roundabout ways.

While Christian was working his way up to a six-figure salary in men’s wear (he subsequently worked for Tomer Gendler and Versace), Ben was cast as an acting teacher at Rodeph Sholom, a Reform Jewish school on the Upper West Side, where he puts fourth- through eighth-graders on the stage. 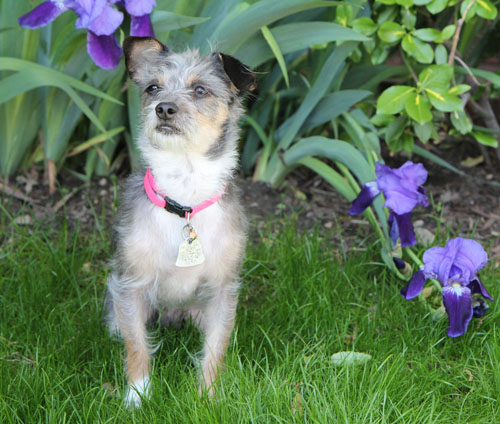 In the summers, he teaches at the Lucy Moses School. And he works on his own projects through Playlight Theatre, his nonprofit production company.

Christian observed how happy Ben was and realized how unhappy he was with his own work.

“It was taking up too much of my time, too many nights and weekends,” he says.

He gardened to plant new roots, and what with the hoeing and mowing, he found a profession. 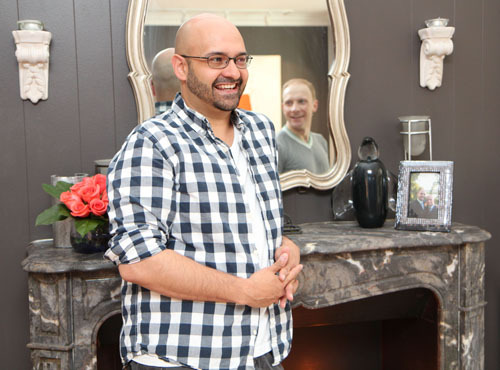 Photo by Nancy A. Ruhling
Reflecting upon an elegant moment.

“I had designed a garden for our previous apartment,” he says. “When we made the one here, I decided to turn the passion into a paycheck.”

Kolarz Design, an interior design and landscaping company, is the fruit of his flowering labors.

Christian spends a lot of time working in the garden, and Ben likes to joke that he spends all his time looking at it and sitting in it. Millie, their 3-year-old Jack Russell Yorkie mix, tells them what to do. 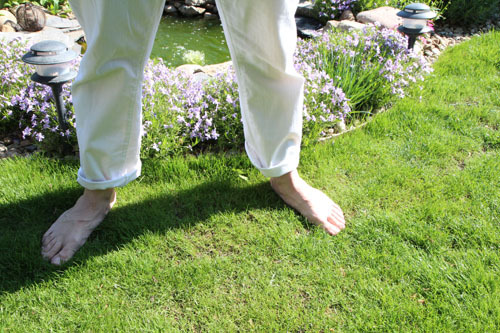 Photo by Nancy A. Ruhling
Barefoot in the grass. Free at last!

Wherever they are and whatever they do, Ben and Christian love to spend time together.

As they see it, their final chapter has not been written. There are many things — known and unknown — that the 37-year-olds still will do.

Someday, Ben and Christian are going to open a bed and breakfast in the Hudson River Valley. And it will have a great garden.