With one well-practiced pull, Fanny Cedeno rolls up the fortress-like metal gate at Astoria Express Transit. When her husband, Luis Gualotuna, walks in a minute later, she rushes up behind him and smoothes the rumpled collar of his grey sweater. 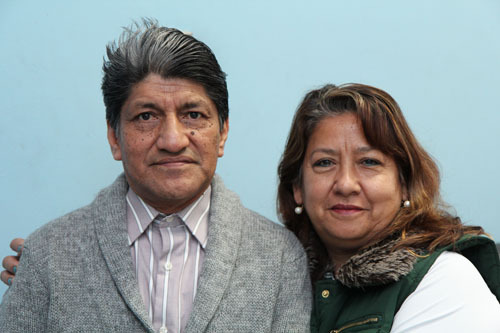 Photo by Nancy A. Ruhling
Luis and Fanny own Astoria Express Transit.

It is a familiar routine. Luis and Fanny have been married 35 years, and they have been working together for 25. They can’t see enough of each other.

They met in their 20s in their native Ecuador when Luis was working full time and going to college at night. Luis’ family, from Guayaquil, was not one of means; Fanny’s, who hail from Manabi, was a little better off.

It wasn’t long after they married that Luis came to New York City and moved in with his uncle. Fanny, who has bronze eyes and stubby nails wtih chipped turquoise polish, joined him a year later.

“We knew light English,” says Luis, whose tallest feature is the silver rooster comb crowing atop his raven-black hair. “We could say ‘good morning’ and ‘hello.'”

But they were together, and that was what mattered. They found an apartment they could afford in Astoria and have never moved. It is here that they raised four children who wore thrift-shop clothes with dignity.

“We gave our sons and daughters the biggest room,” he says. 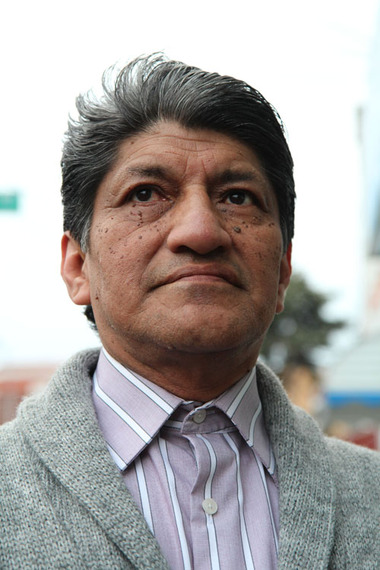 Photo by Nancy A. Ruhling
Luis started the bus company 35 years ago.

They did factory work and other jobs until Luis was let go in an economic downturn.

“I had two cars and lots of bills,” Luis says. “Two years went by, and one morning I got up and saw people standing at the bus stop and offered them a ride for $1 per person.”

Soon, Luis was driving people and their kids around Astoria. To accommodate the increasing number of passengers, Luis invested in a van.

“America is a great place, and I thank Mr. Ronald Reagan for making me a citizen,” he says. “I didn’t know how to drive when I came here. I took classes, but I couldn’t get anyone to loan me a car for practice, so at work, I offered to park the trucks for free. And I taught Fanny.”

Soon, Luis got an unexpected rider: a Department of Transportation inspector. 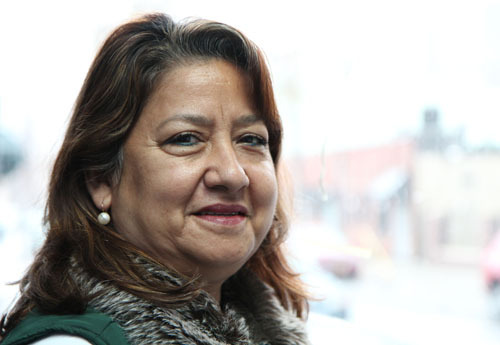 Photo by Nancy A. Ruhling
Fanny has been working with Luis 25 years.

In the beginning, Luis ran Astoria Express Transit out of his apartment.

When he was offered the shoebox space with 1950s cracked baby blue and cream linoleum a couple of blocks away, he rented it, painted a yellow school bus on the front window and stayed.

“The landlord even gave me the two desks,” he says, running his hand over the top of the one he sits at.

It took Luis five years to add a second bus, and now there are five big buses — one for Fanny, one for Luis, two for hired drivers and one spare — that run routes to and from 10 public and private schools in Astoria. 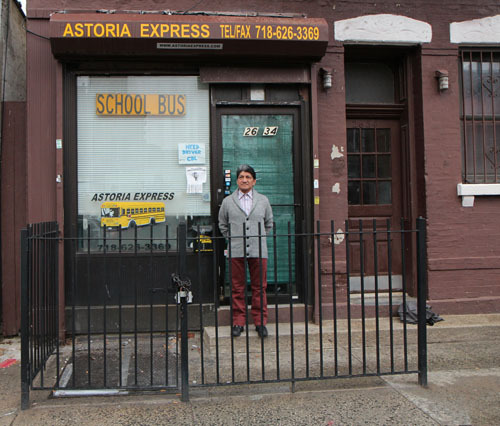 “The principals let me park the buses outside the schools,” Luis says. “I can’t afford to rent a parking lot.”

There are a lot of other things Luis and Fanny cannot afford. When they finish the afternoon routes, they settle in to do the mounds of paperwork that come with working for city schools. Sometimes, they don’t go home until 7, but they don’t mind pulling the 14-hour shifts because this business is like a member of their family.

“I am everything — the driver, the mechanic, the office worker, the boss,” Luis says, adding that he forwards calls from the office phone to his cell so he’s always on duty.

It doesn’t bother him; he smiles when he says it.

Besides, their own kids rode Astoria Express Transit buses, and it gave Luis and Fanny a chance to keep track of what they were doing.

“It brought us together as a family,” Luis says. 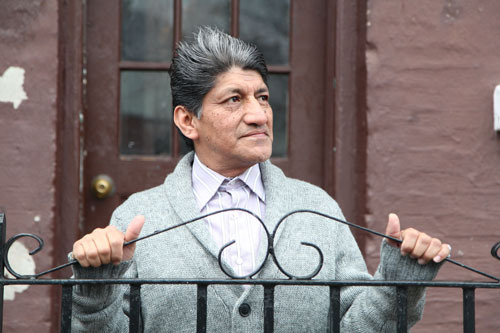 Photo by Nancy A. Ruhling
He hopes he can keep the company going.

It goes without saying that Luis and Fanny love being behind the wheel.

“I’m an old person, but I have a kid’s heart,” Luis says. “I like to talk to the kids and ask them about their test scores. I always remind them to study.”

Fanny says she looks forward to the children and their parents “saying hi to me and waving.”

Fanny and Luis have been driving so long that the first kids they ferried are putting their own kids on the bus.

“I don’t always recognize the parents, but they remember me,” Luis says proudly.

Weekends and school holidays find Luis at the remote control of this TV. He chills out watching soccer and changing channels at lightning speed. On Sundays, he goes to church.

Sometimes Fanny talks him into going to the Poconos for the day so they can shop at the flea market and eat hot dogs on the street. 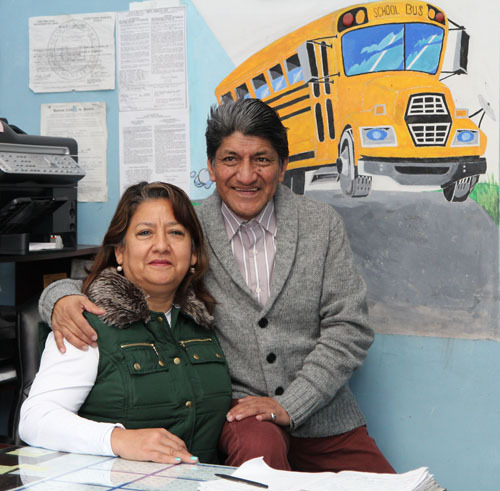 Photo by Nancy A. Ruhling
The office is like a second home for Luis and Fanny.

“We bring some little gifts, they are 25 cents, 50 cents, back for the babies on the bus,” Luis says.

But it’s getting harder and harder to keep Astoria Express Transit on the road. It may not be about the money, and Luis insists it isn’t, but he still has to pay his mounting bills.

He used to have someone working in the office, but these days, when he’s facing a crunch, his children, who have college degrees and full-time jobs, help him and Fanny out.

His 20something daughters, who still live at home, want to continue the business. But Luis isn’t sure. He just turned 59, and Fanny is 55.

“I’d like to keep it running,” he says. “I thank God that I have something to do every day.”