Dino Orfanos starts out sitting in the big leather swivel chair behind the desk. He’s not there even three seconds when he asks whether it would be OK if he moves to the other side of the desk, the one where his students sign up for classes. 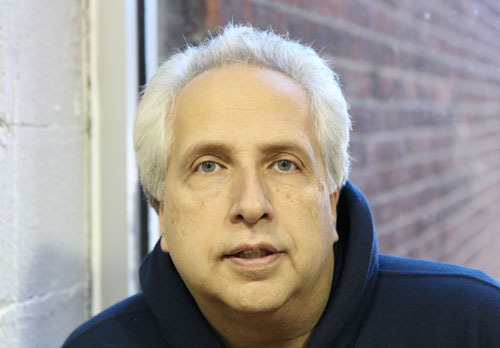 Photo by Nancy A. Ruhling
Dino is the owner of the NY Martial Arts Academy.

He may be the owner of the NY Martial Arts Academy, which has three locations and is constructing a fourth, but it just seems too formal, too official if he puts himself in the big-boss seat.

“I’m a background guy,” he says. “I’m always behind the scenes.”

With his white hair and sky-high sleek physique, Dino stands out in a crowd, making it virtually impossible for him to hide in a corner office, much less in a corner.

He’s closing in on 53, but he has the enthusiasm of a teenager who just got the keys to his first car and wants to take the whole world for a joyride on a gallon of gas. 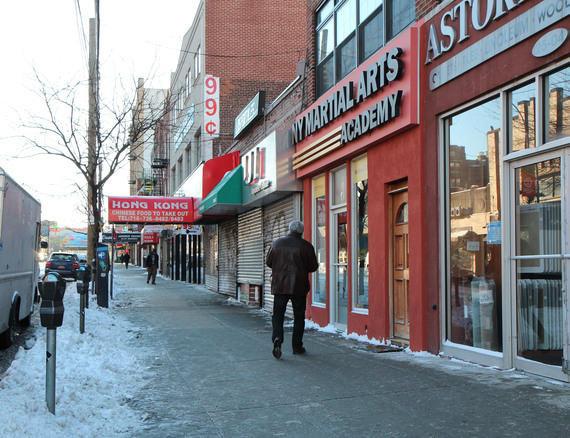 Photo by Nancy A. Ruhling
The Astoria academy is going to expand.

But don’t let his height or his fighting fists fool you. Dino’s a mild-mannered, Zen-centered guy who uses martial arts to create positive energy and good karma.

He really didn’t want to become a fighter, but as a kid, he was forced to put up his dukes. It all started when he was a freshman at Bryant High School. The son of Greek immigrants, Dino had gone to a buttoned-up private, parochial school. He was wise enough to know that he would need to defend himself when he went public, so he took up martial arts.

“I was a big kid, and I was a year ahead in school,” he says. “Kids were beating each other up, and I wanted to be a better fighter.”

It didn’t take Dino long to ace brawling. His victories, however, were bittersweet. 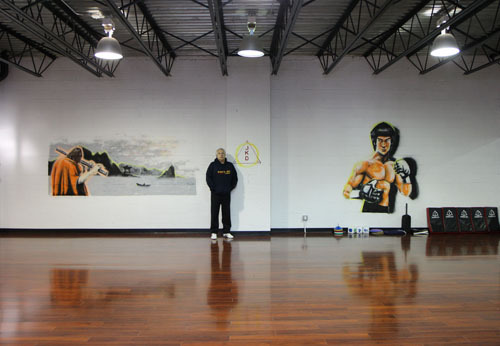 Photo by Nancy A. Ruhling
It’s about body — and mindset.

“Winning didn’t mean anything,” he says, “because at night I would go to my martial arts classes, where the teachers were skilled fighters, physically and emotionally. That was the difference. It was a lot more than kicking and punching. There was a spiritual aspect to what they were doing.”

Long after Dino vanquished the bullies, he continued his training. He studied all through his years at New York Institute of Technology, where he earned a degree in business management. And he kept it up after marrying his childhood sweetheart (they met in Saint Demetrios grade school) and having a son.

When Dino became a business owner — he opened a deli, then a Dunkin’ Donuts and later a café — he still made time for classes, eventually becoming a practitioner and proponent of Bruce Lee’s Jeet Kune Do, the martial art style of fighting without fighting that breaks all the traditional rules. 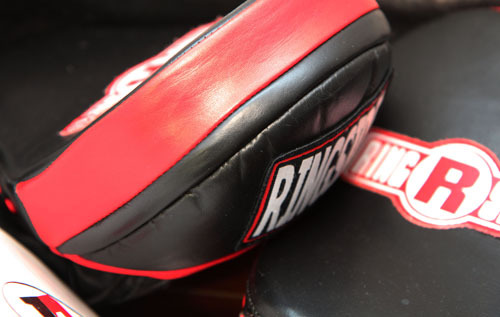 Photo by Nancy A. Ruhling
The gloves await.

Since he became the owner of the first NY Martial Arts Academy, which is in Little Neck, he has opened schools in Williamsburg and Astoria and is starting construction on one in Glen Cove.

Dino didn’t set out to build a sparring empire. It was a student who suggested he check out an abandoned candy factory in Williamsburg, and the other schools just fell into place shortly thereafter. Soon, he will be looking for space in Manhattan while he expands the Astoria academy, which is taking over the neighboring store. 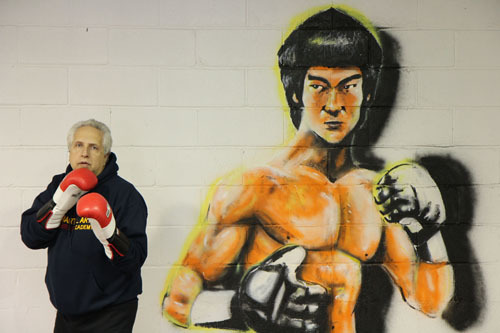 Photo by Nancy A. Ruhling
Doing Jeet Kune Do with Bruce.

The academies are the only ones in the five boroughs that teach Jeet Kune Do, and Dino is the only instructor in the world certified by Ted Wong and Chris Kent, who trace their training to Bruce Lee or his students.

“It’s not about learning more, it’s about learning better,” he says. “It’s about liberating yourself. It has given me peace of mind, and it has made me a better father, husband and businessman.”

Dino hopes to bring the same experience to his students. 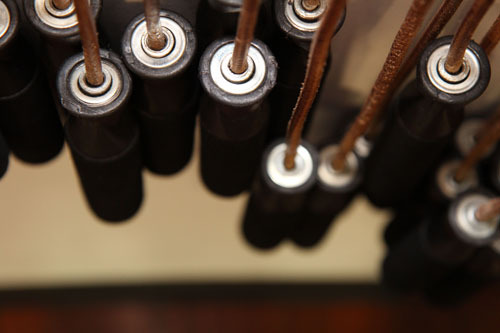 Photo by Nancy A. Ruhling
Jump ropes hanging around.

“I want to affect the lives of people in a positive way,” he says. “Students and teachers, we are like family, and I want the schools to be successful to support them.”

Through the schools, Dino has had the opportunity to do an abundance of charitable fund-raising. Recently, he raised $23,000 for cancer victims, collected 450 winter coats for the homeless and sent 1,500 pairs of sweat socks to U.S. soldiers fighting in Afghanistan and a dozen boxes of toys to kids in a Ronald McDonald House. 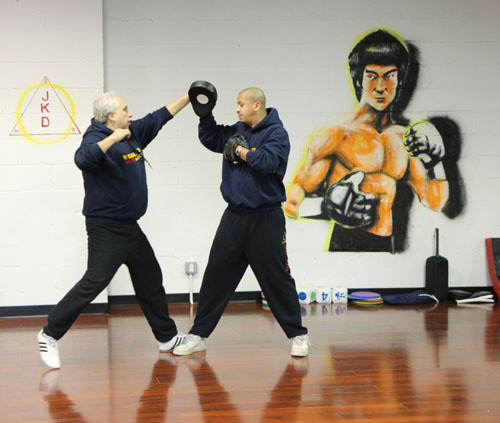 “I’m busy, but I always find time to do volunteer work,” he says. “I’ve had to cut my own practice time down from two hours per day to five hours per week, but that’s OK.”

It’s all for the greater good.

“I want people to understand right and wrong and take that idea out to the world,” he says. “I want to make an impact and spread the art.”

Dino, a hands-on guy who works from 8:30 a.m. to 9:30 p.m. six days a week, cannot conceive of a time when he isn’t running the schools or teaching classes.

“Retire? I retired in 1994 when I became an owner of my first school because this isn’t my job, it’s my passion,” he says.