Raffaele Mollica is standing at the worktable in his basement studio with a half dozen tiny tissue-paper packets spread before him like a banquet.

He opens one and plucks a pigtail from it, holding it up to the light of the clamp-on construction lamp.

From these lustrous tresses, Raffaele, the Stradivari of wigmakers, will weave a hairpiece that looks so natural that nobody, not even God, bless him, will know the difference. 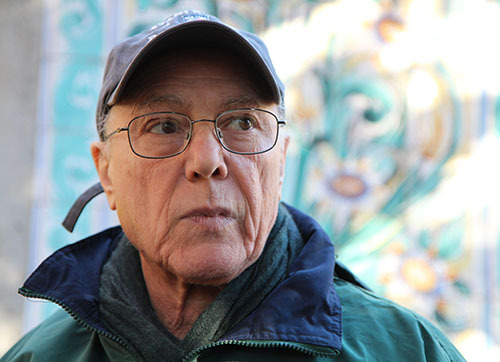 Photo by Nancy A. Ruhling
The wigmaker Raffaele.

“What I do is like intricate artwork,” says Raffaele, a power bar who shoots words out of his mouth like cannon balls.

Using a crochet needle whose head is virtually invisible to the naked eye, the man most people call Ralf will attach the human hair, one or two or three strands at a time, to a bald cotton-net cap that he has covered with super-strong, featherweight silk.

Each Raffaele Mollica wig, which takes three to four weeks to weave, is then colored and styled to suit the customer.

“The secret is European hair,” Ralf says. “Lots of wigmakers use 100 percent human hair, but that’s like saying 100 percent meat, which could be anything. European hair is the only kind that comes in a variety of textures and colors. Compared with other hair, it’s like leather versus plastic, silk versus polyester.” 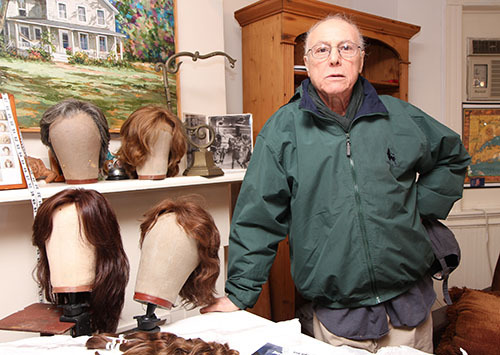 Ralf’s work also has appeared on the heads of people featured on numerous magazine covers. His most recent project was the ginger founding-father wig New York pasted on the pate of The Donald in its Sept. 21, 2015 issue.

Ralf, who is from Floridia in the province of Syracuse, Sicily, learned how to handle a needle and thread when he was 4, which was around the time his father died. 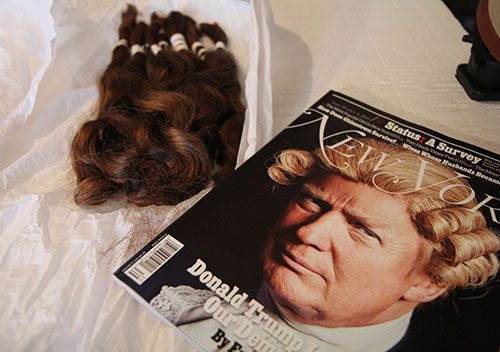 Photo by Nancy A. Ruhling
The Donald meets The Ralf.

“My mother was a tailor, and my sister was a seamstress,” he says. “They indoctrinated me into the family art.”

The family relocated to New York when Ralf was 10.

“It was traumatic for me because I understood we would never go back,” he says. “But within six months, I was speaking English and considered myself an American.”

He attended P.S. 122, which is technically where he met his wife, Rosalie. She lived by the school and avidly watched the older, handsome boy on the playground. He, of course, barely knew she existed. 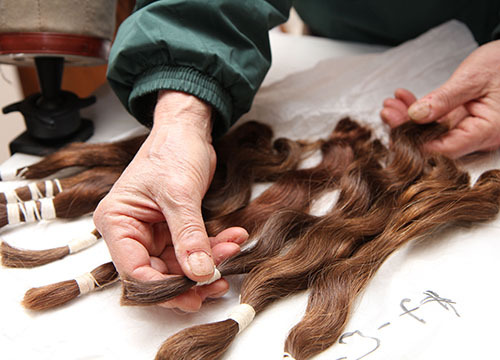 Photo by Nancy A. Ruhling
Ralf’s wigs are made of European hair.

Years later, they were re-introduced, and love worked its magic.

But before they were joined together in life and in business, Ralf graduated from Long Island City High School and got a job as a trimmings buyer in the Garment District while taking night classes at the Fashion Institute of Technology.

He was drafted and served a two-year stint in the U.S. Army as a medic corpsman in Germany during the Vietnam War.

When he got out, he went to hairdressing school after a friend offered him a job in a Madison Avenue salon. 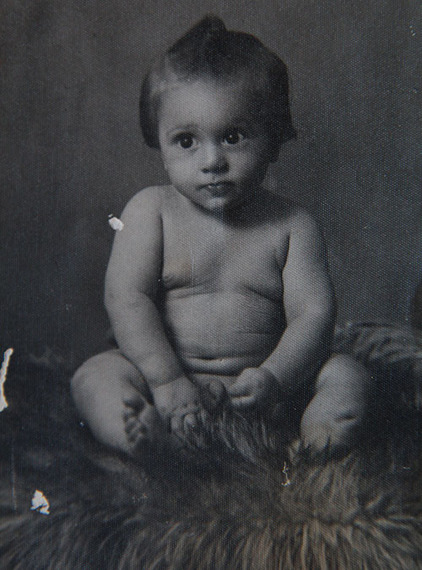 Photo by Nancy A. Ruhling
Ralf in his baby ‘do.’

“I became obsessed with wigs,” he says. “It was a very exciting time because in the late 1960s and early 1970s the industry was in transition — it was going from teasing and curlers to the natural look of Vidal Sassoon. I made some samples and showed them to the better salons.”

After working as the in-house wigmaker for Sasson, Kenneth and then Elizabeth Arden, Ralf set up his own shop in Manhattan in 1975, eventually moving it to its current location on the Upper East Side.

He started specializing in wigs for married Orthodox Jewish women who are required to cover their hair and for medical patients.

“People who had cancer or male-pattern baldness or alopecia were coming to me,” he says. “I felt for them.” 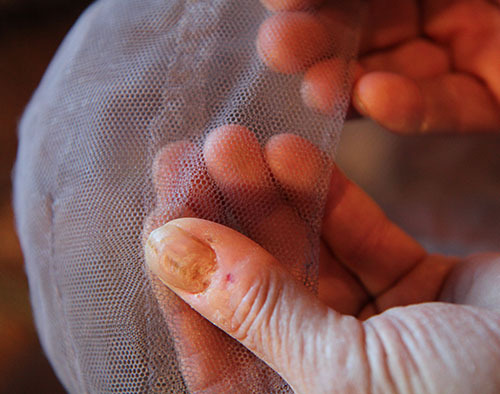 Photo by Nancy A. Ruhling
Each wig starts with a netted cap.

He points to his own head. Late last year, he was diagnosed with non-Hodgkin’s lymphoma; the chemo made him lose his hair, which is why he’s wearing a blue Stanley Cup playoffs baseball cap.

Rosalie, whose auburn hair is in a wind-swept ponytail, suggested he make a wig for himself.

Ralf rejected the idea: He generally tells men not to get a toupee unless they need it for work or the stage. Besides, the chemo is over. His white wisps will soon grow to his shoulders again. 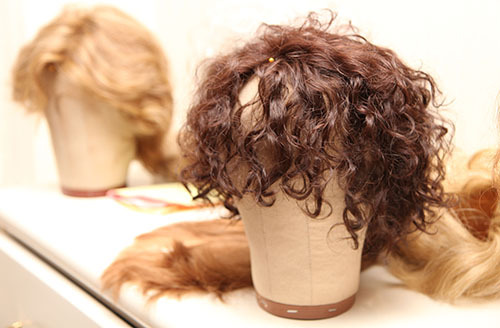 Photo by Nancy A. Ruhling
Wigs in progress.

Raffaele Mollica has always been a family business. Their two sons and daughters, now grown, have helped out on occasion, and Rosalie, who likes to stay in the background, has played a key role off and on through the years.

“Do you know how many times I’ve been fired?” she asks and laughs.

Ralf declares that she’s giving the wrong impression of their business relationship. 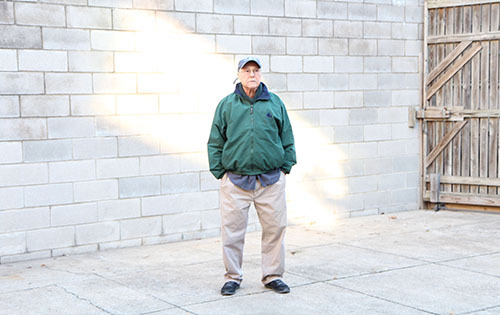 Photo by Nancy A. Ruhling
Ralf is from Sicily.

“I once fired her so she could stay home and raise the kids,” he concedes, almost apologetically.

There were other times, other reasons, Rosalie reminds.

“It’s difficult when you work with your husband,” she adds, not really sounding as though she means it.

These days, Ralf has a team of workers who create the wigs to his exact standards when there are too many orders for him to fill solo. 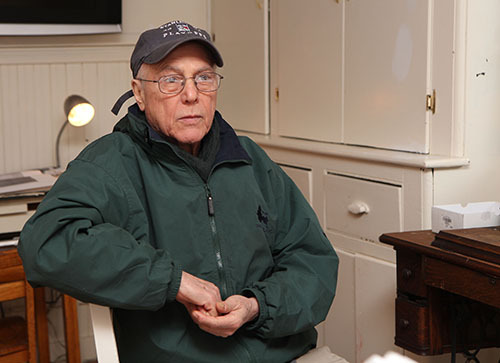 Photo by Nancy A. Ruhling
Ralf’s always thinking ahead.

“When I’m not around any more, they will carry on,” he says.

By that, Ralf means when he’s no longer on this earth. He’s 70, so he figures he still has some time left. He’s in the shop every day, and he also weaves wigs in his home studio.

“I work all the time,” he says. “Even when I have a free half hour, I photograph with my eyes every head of hair that I see. That’s my way of educating myself further.”