Someone slipped a sheet of paper into my mailbox. It looked like junk, and, in my haste, I almost threw it out.

In the spring of 2008, Tony Scott was filming The Taking of Pelham 123, a remake of the 1974 classic, and he was looking for a house, it could be my house, for the hero, Denzel Washington.

Tony, Englishman eccentric, charming and chatty, took a tour and declared that this was indeed a desirable dwelling for Denzel.

The key “bring-home-the-milk” scene, as he called it, was to be of Denzel’s wife sitting in my kitchen talking on the phone with him.

The discussion was to include a reference to their athletic daughter, and they would film her and a bunch of other actors running on the track at St. John’s Prep, which is in my backyard. 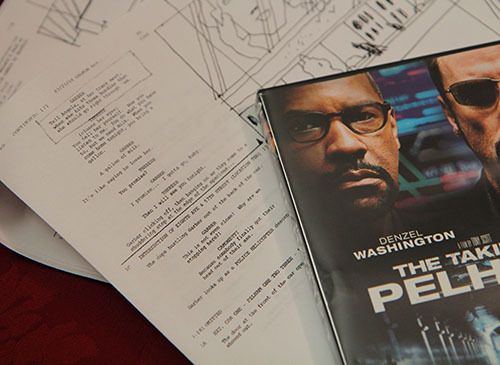 This wasn’t the first time I had been approached. Late in 2007, a scout from the first Sex and the City movie was looking for a house that looked like it was in St. Louis, which just happens to be where I’m from.

Although I told him it reminded me of my grandmother’s house, which was sort of the truth, it didn’t get a starring role.

As far as I know, the block I’m on, bounded by Crescent Street, 21st Avenue, 27th Street and Ditmars Boulevard and anchored by St. John’s, had never been a featured player on the film circuit before Tony fell for my kitchen.

Lately, though, it’s become a megastar.

Since 2011, according to the mayor’s office, it has starred in 48 TV and film productions, most if not all of them involving St. John’s.

And these are only the shoots that applied for the use of public streets. The prep school is private and free to rent its property without permits. 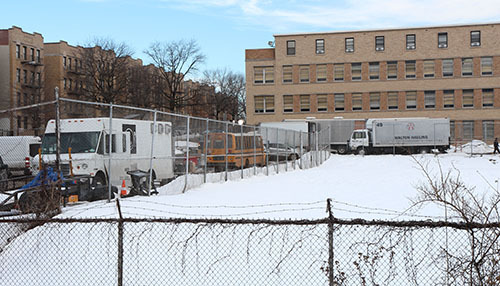 Photo by Nancy A. Ruhling
A shoot at St. John’s Prep.

And in 2015, the number grew to an astounding 22, or almost one every other week.

I’ve seen it, uncredited, on Alpha House, Girl Code, Person of Interest, The Blacklist, Unforgettable, Orange Is the New Black, The Networker, SVU, St. James Place, Unbreakable Kimmy Schmidt, The Slap, Saturday Night Live, Shades of Blue, How To Be Single, Youth in Oregon, Going in Style, The Path, Blue Bloods and even The Good Wife.

This year, according to my eyeball tally, it has been on set seven times: The Blacklist, The Good Wife and the new TV crime drama Feed the Beast (five times!).

I’d like to think it all goes back to my Pelham 123 shoot.

On April 22, which I have dubbed D-Day, a crew took over my newly remodeled kitchen and equipped it with everything from a sack of potatoes to a coffeemaker to make it look as if Denzel had always lived with me.

I had baked the crew chocolate-chip brownies, and when I joked about giving them a walk-on role, Tony thought it would be great fun to put them on a plate and place them on the table. 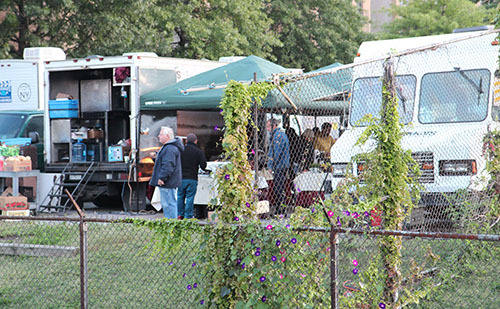 Photo by Nancy A. Ruhling
Catering crews setting up.

There were two stand-ins standing in my upstairs bedroom prepared to read Denzel’s lines on the specially rigged phone set up for his conversation with Aunjanue Ellis.

Denzel’s side was to be filmed later at a different site, so he wasn’t expected to come to my house, or at least that’s what I was told.

They repeatedly rehearsed, and then, all of a sudden, everything came to a halt when someone yelled, “Coffee break!”

Everyone ran to the catering truck outside.

I don’t drink coffee, so I sat on the living room stairs until I was summarily ordered to hole up in my office like one of the Pelham hostages.

But I am a reporter, and no one had told me to close the door. 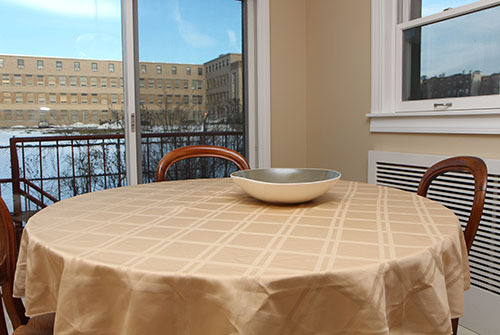 Photo by Nancy A. Ruhling
The kitchen in Pelham 123.

D was escorted to Tony in the kitchen, then began climbing the stairs to my bedroom.

I pretended to work, turning my back from the door.

The sound guy peeked his head in and asked me my name.

I’ve done my share of interviews with famous people, so I played it cool. I walked up to D, extended my hand and introduced myself.

D thanked me for letting the crew shoot in my house. I told him it was my pleasure and politely retreated.

He went into my bedroom and sat in my best chair. I listened as he improvised life into the written lines and watched out the window as the girls ran around the track.

D: Tell Angela, at her track meet, when she hits those hurdles that she should go right through ’em.

Wife: You tell her yourself. Now you listen to me. You do what you have to, but we need milk. When you come home tonight, you bring a gallon.

D: A gallon of milk. (Stage direction: It’s like saying he loves her.)

I think D wanted to say good-bye, but having signed a contract promising to be invisible, I decided to play shy.

He hesitated at my office door, but I didn’t turn around.

Then he walked down the stairs and into a black SUV.

He left behind an unopened bottle of Poland Spring, a black Sharpie and a copy of the script.