It’s Thanksgiving time, and Kim Parshley is getting ready to make her famous pumpkin pie. She wishes the recipe had been handed down from her grandmother to her mother to her. It wasn’t; she was left to concoct it all by herself.

It’s the brown sugar that makes it so famous. And the shortbread-crumb crust.

Kim also wishes she were celebrating with the family members God gave her; instead, she’ll be getting together with the circle of friends she has chosen to stand in their stead.

She misses her mother and father, who passed to a better place years ago, and she and her younger sister have an on-again, off-again relationship that right now isn’t on. 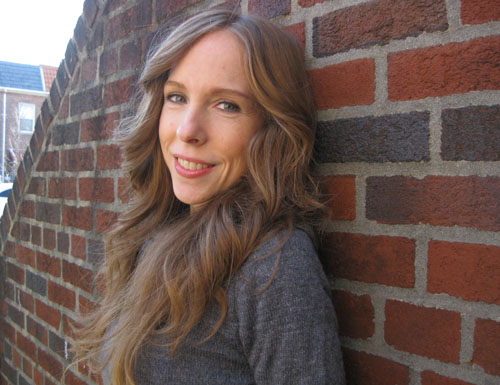 Photo by Nancy A. Ruhling
Kim is the founder of chooseafamily.com.

Kim remembers how her family used to gather around the dinner table, not just on holidays, but every evening. It doesn’t matter that things weren’t as perfect as a Norman Rockwell scene; she takes comfort in remembering that they were.

For the last decade, Kim has made a name for herself as a realtor. One of Astoria’s top rental agents, she’s a pro at pairing people with places to live. In the course of her work, she has met many people, some of them with lots of relatives and some, like her, who have no one to call their own.

Kim, whose mane of caramel hair makes her a ravishing Rapunzel, knows what it’s like to be alone — she’s a never-married single who hasn’t been in a serious relationship for a decade — so she decided to do something about it. She recently set up chooseafamily.com, a social networking site that lets people turn kith into the closest thing there is to kin. 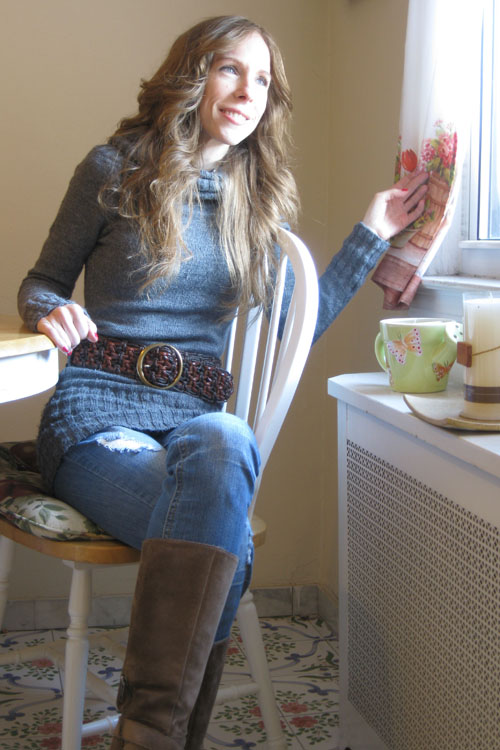 Photo by Nancy A. Ruhling
Kim is a real-estate matchmaker.

“Family is who you make it,” she says. “If I can change just one’s person’s life with chooseafamily.com, I know I’ve done my job.”

The idea for chooseafamily.com is rooted in Kim’s Astoria childhood. Dad — he made everyone laugh — was raised in foster homes, and Mom — she was such a sensitive soul — was placed in an orphanage at an early age.

“We didn’t have a lot of money; in fact, my parents struggled,” Kim says. “I only had one pair of shoes, but we had so much love that life was perfect.” 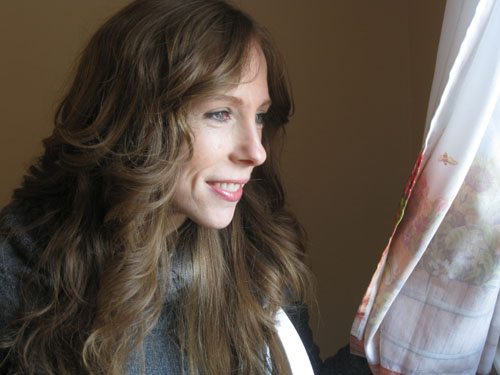 Photo by Nancy A. Ruhling
Kim’s family is her friends.

But all that changed when Kim was 13. She lost her father to God and her mother to the bottle.

So Kim began mourning not one parent but two. 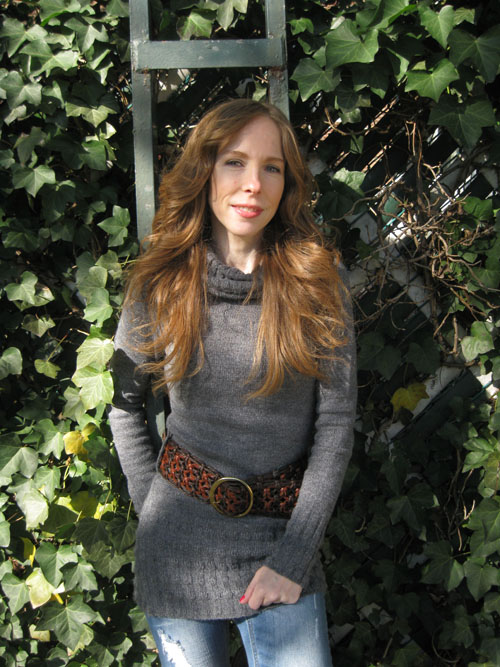 “It was so sad,” she says, trying to check the catch in her voice. “She was such a beautiful, beautiful person, but she also was like Jekyll and Hyde — I never knew which personality I was coming home to.”

“I started getting anxiety attacks,” she says. “Each time they happened, I couldn’t breathe and felt like I was going to die. I also got agoraphobia. I didn’t feel safe anywhere but at home. Things got so bad that I had to quit college after a year.” 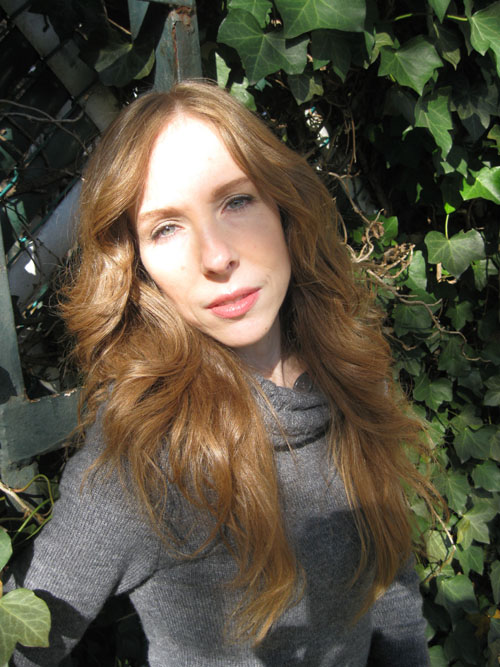 Photo by Nancy A. Ruhling
Kim has a lot to smile about.

She took a job as a waitress at a billiards hall that was close to home, but it put a real strain on her just to drive the short distance there.

“At one point, I rented my own apartment, but I couldn’t live in it,” she says. “I couldn’t even go there to pick up my mail without my mother, and I spent all my spare time sleeping.”

Kim’s world was about the size of a computer chip when she saw a TV infomercial for Lucinda Bassett’s anxiety-attacking program. 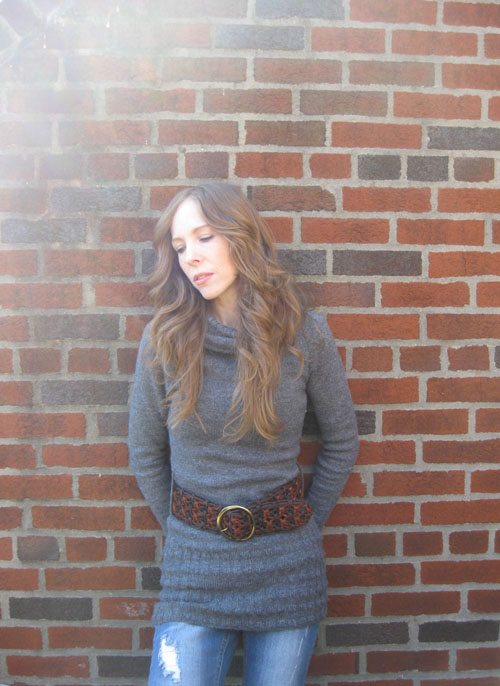 Photo by Nancy A. Ruhling
Kim doesn’t let anything get her down.

“I was amazed because I thought I was the only one in the world who had this problem,” she says. “I thought I was losing my mind and that I would be like my mother’s mother, who spent her life in mental institutions.”

Although she bought the videos and began to improve, it was a friend, not a family member, who ultimately saved her.

“He was like the big brother I never had,” she says. “He lent me $5,000 and encouraged me to start my career in real estate. He was there for me all the time. He had a beeper and was on call for me 24/7. Even if I got an anxiety attack in the middle of the night, he would come over and help me get through it.” 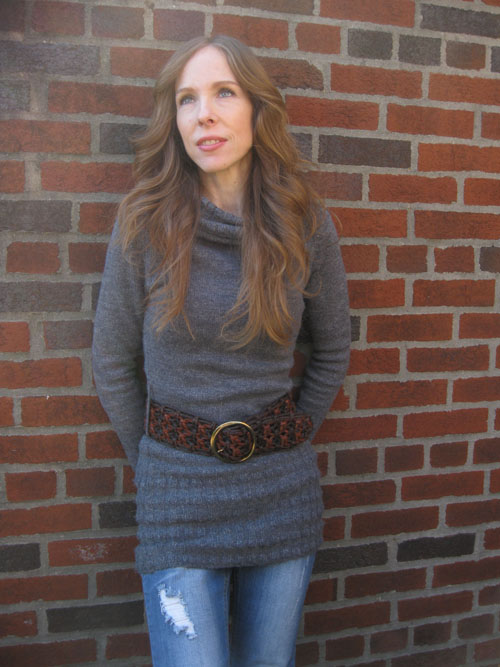 Photo by Nancy A. Ruhling
Kim’s sad childhood made her stronger.

Kim quickly made a home for herself in real estate. “Everybody told me it would take weeks, even months for me to do my first deal,” she says, “but I made my first rental in my first week.”

Just as things got better, her mother got worse. In 2007, she died 12 days after being diagnosed with lung cancer.

“My mother was my best friend, my go-to gal, my everything,” Kim says. 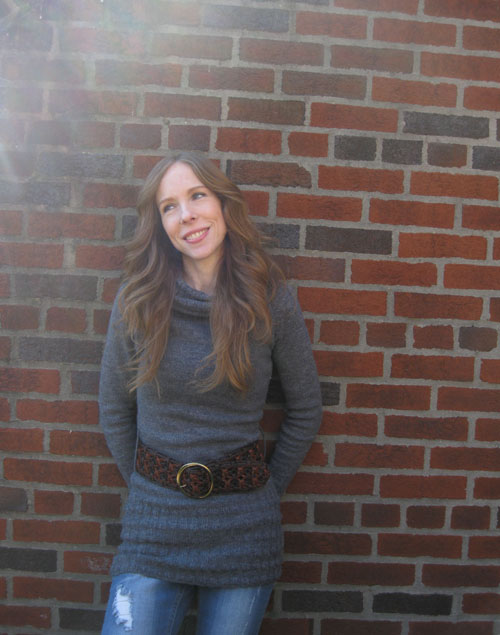 Photo by Nancy A. Ruhling
Kim hopes to help others find happiness.

The idea for chooseafamily.com was born shortly thereafter. “I thought of all the things I’d missed,” she says. “I never got to play chess with my grandfather; I never got to cook with my mother or learn how to make my grandmother’s apple cake; and I never got to dance with my dad at a wedding.”

These days, in the absence of family, Kim surrounds herself with a small group of friends. She’d like to think her parents would be pleased about this.

“I’ve created my own family and proved that it’s possible to make this happen,” she says. “But there are still some empty spaces in my life.” 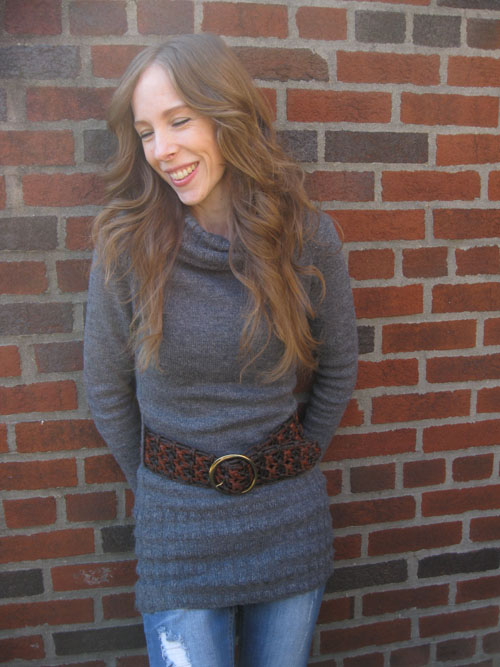 Photo by Nancy A. Ruhling
Alone, yes, but not lonely.

She doesn’t get to spend much time with her new-found family, though, because she works at a frenetic pace seven days a week, and she’s never felt secure enough financially to take even a short vacation.

Kim’s not interested in being anyone’s wife or mother, but she would like to find someone special. 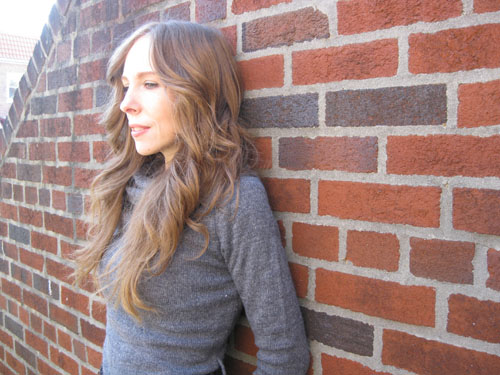 Photo by Nancy A. Ruhling
Kim has big plans for the future.

Perhaps someday she’ll pursue the acting career she has been dreaming about since she appeared in a couple of commercials as a child. Yes, she can see herself starring in a family sitcom.

But right now she has to think about making that pumpkin pie. After all, as she knows full well, the holidays are for families like the one she’s formed.