The call came at 10 at night. Annie LeVasseur had been eagerly expecting it, but, still, it made her nervous. 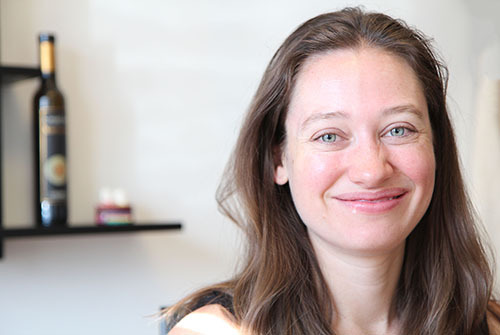 Photo by Nancy A. Ruhling
Annie grew up in the South.

It meant that a baby and Annie’s new career as a doula were about to be born.

Although Annie had studied photos and videos of mothers giving birth during her training, this was the first time she was going to experience it in real life.

“Babies are unpredictable,” she says, explaining her anxiety. “And I like predictability.” 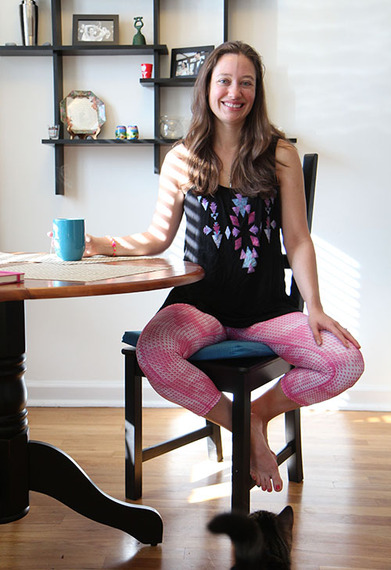 The mother’s contractions were 8 to 10 minutes apart when Annie got on the subway to Manhattan. By the time she arrived, an hour later, they were 4 to 5 minutes apart, and Annie helped carry luggage to the birthing center.

“This was the family’s second baby, so they were pretty relaxed about it,” she says.

As that icy February night merged into early morning, Annie delved into her doula duties. She offered something doctors sometimes can’t in the heat of the moment: comfort and support to the family.

“In this case, I had it easy,” she says. “I put cold cloths on the mother’s forehead, held her hand to soothe the pain and even took photos of the labor and delivery.” 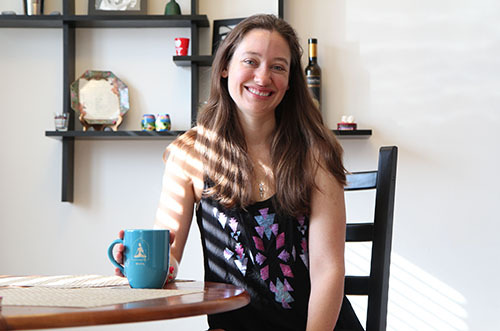 Photo by Nancy A. Ruhling
Annie came to New York with theater in mind.

As births go, this one was swift: Eva emerged three hours and 43 minutes later. She had to be coaxed into crying.

Annie says she’s not always keen to try new things, but essentially, that’s what she’s been doing all her life. 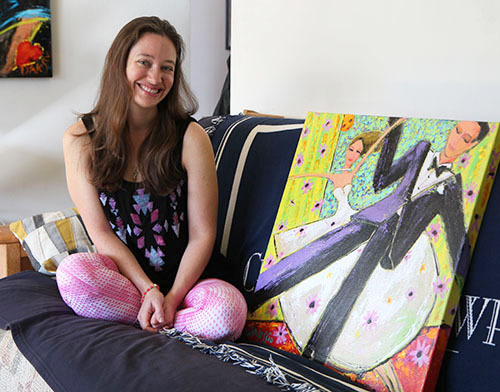 Photo by Nancy A. Ruhling
The painting of Annie and Marc was a wedding gift.

When she was growing up, first in North Carolina, then in Texas and Virginia, she thought she was going to be an actress or a movie critic. In college, she even earned a degree in theater.

“I felt intimidated by a lot of the other students in the acting classes, so I fell into stage management and directing,” she says.

She also took up yoga.

After a series of internships and jobs in several states, she moved to Astoria in 2009 to join her best friend. It was she who introduced Annie to Marc; they were married two years ago. 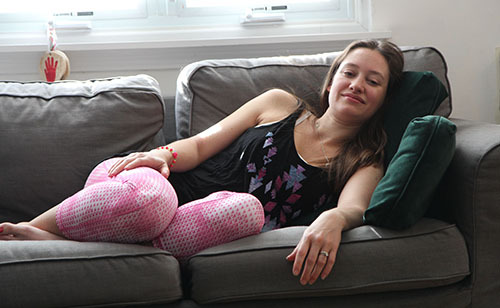 Photo by Nancy A. Ruhling
She has two — or three — more babies to go for certification.

Annie’s idea, when she arrived, was to become a certified yoga teacher. With that as her day job, she figured she would still have time to work in theater.

“I discovered that so many people in New York City are yoga teachers that it’s almost as competitive as theater,” she says.

But she loved yoga so much that she decided to make it her full-time job. She tried teaching adults but found her true calling with children. 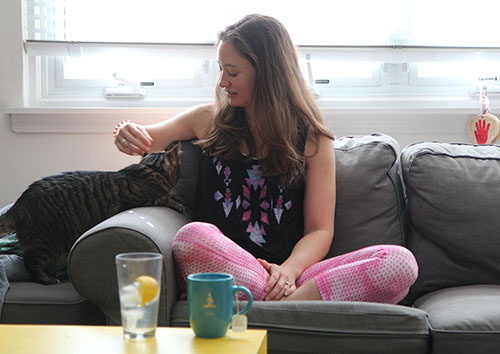 Photo by Nancy A. Ruhling
Annie’s babysitting a friend’s cat.

Soon, she added prenatal classes to her schedule and found steady work at Karma Kids in Manhattan.

Annie, who smiles like the sun and can’t keep her feet from moving into tree pose while she talks, says that the idea of being a doula solidified after her older sister had her twins, Atlas and Zoe, last year. 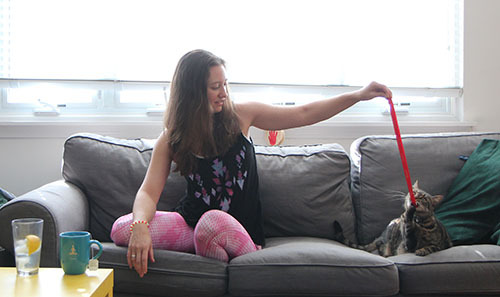 Photo by Nancy A. Ruhling
Annie finds the fun in everything.

“She had two doulas,” Annie says. “And when I saw how their work impacted her family, I knew I had to do it.”

Annie needs to serve at two more births to get her doula certification. That’s more difficult than it sounds. Babies, after all, are on the nine-month plan. And her total time must be 15 hours; if the next two babies come as quickly as Eva, Annie will have to find a fourth mother.

Annie’s not sure whether she will become a full-time doula. The hours are erratic, and she’d always be on call.

Marc, an actor, is getting a lot of work in Philadelphia, and they have been discussing moving there. 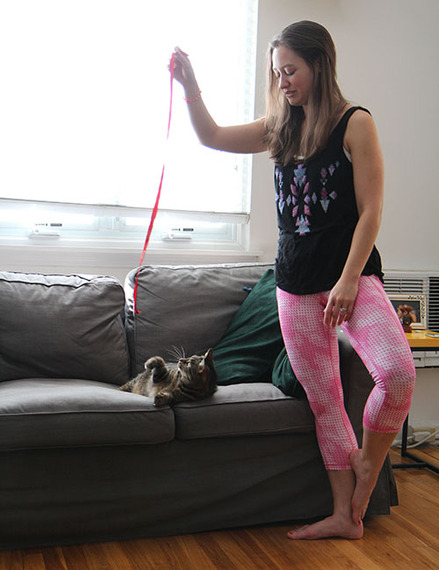 Photo by Nancy A. Ruhling
Annie, in tree pose, plays with Imogen.

Annie doesn’t want to leave, but “when something scares me, I should move toward it; it’s too easy to stick to the same routine.”

Besides, it’s likely to open more doors for her. She’s thinking of becoming a preschool teacher, which would be a logical progression in her kids-centric career.

No matter what happens, Annie, who is 30, would like to think that in the next five years she will have call to use the services of a doula.

“I hope we have a baby,” she says. “We just have to make sure we can afford it.”