Ann Kos cannot meet you at the front door. She lives on the middle floor of her three-family house, and she can’t go up and down the stairs any more without a chaperone. 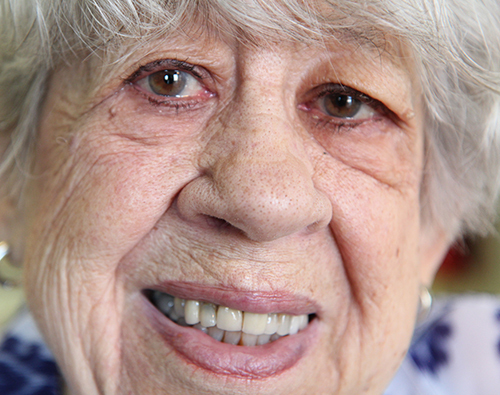 Photo by Nancy A. Ruhling
Ann was born and raised in Astoria.

So she waits at the landing, leaning on her walker, which is what she got for Christmas after she took a tumble on the balcony patio.

The guy from the chair-lift company is coming in a couple weeks. The hall is narrow, the chair is wide, and it may not work out.

For Ann, the stairs lead to the past. Not even a year ago, her husband, John, fell down them. Just like that, he was gone. 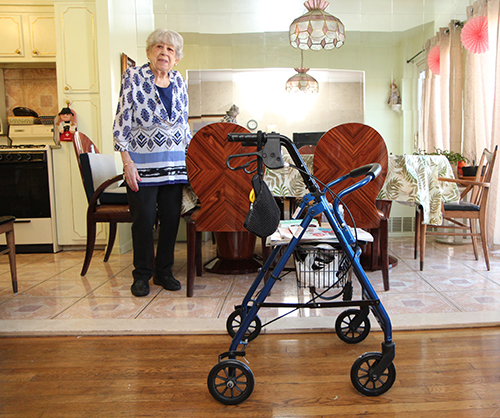 Photo by Nancy A. Ruhling
Ann got the walker after a recent fall.

In the previous months, Ann would have sobbed at the mention of his name, but she’s made it through that part of the grieving process.

She doesn’t want to be a wet-eyed widow any more. At 88, she’d like to smile away her remaining years.

So come on in. But speak up.

Ann, a small-framed woman with a cap of curly silver hair, just got a new set of hearing aids. They were $4,000 — can you believe that? — and they aren’t doing her much good. 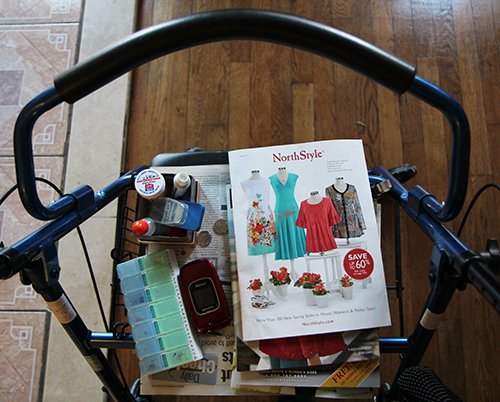 Photo by Nancy A. Ruhling
The walker is Ann’s constant companion.

“I’m not an old lady,” she says emphatically.

The walker, she says, may slow her down, but it doesn’t stop her from having fun.

“The doctor told me I’d be fine as long as I play poker a couple of times a week,” she says. 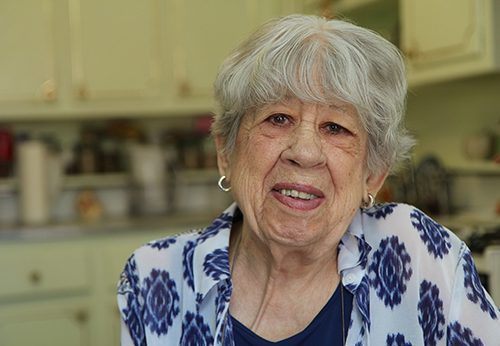 Photo by Nancy A. Ruhling
At 16, she got a full-time job at Bloomingdale’s.

If you had bet this was a joke, you’d lose big. Ann and her friends, who range in age from 65 to 90-plus, have been staying out late playing together for decades.

Ann is, most decidedly, not a gambler.

“I’ve never cared about winning,” she says. “It’s a social thing. And it keeps me alert. How could you play if you didn’t know you had a full house?” 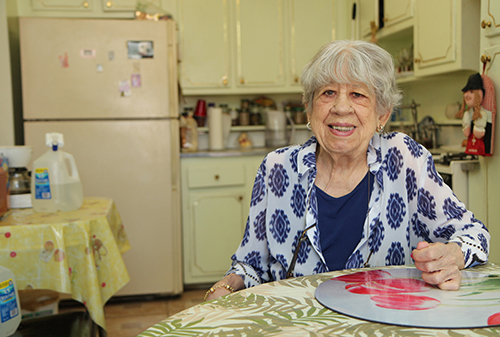 Photo by Nancy A. Ruhling
She plays poker — and wins.

The truth is, Ann never dreamed that she’d reach 88.

Ann, whose parents were from Sicily, was born and raised in Astoria. She has romanticized her girlhood, remembering it as a happy time when friends and family were always together. 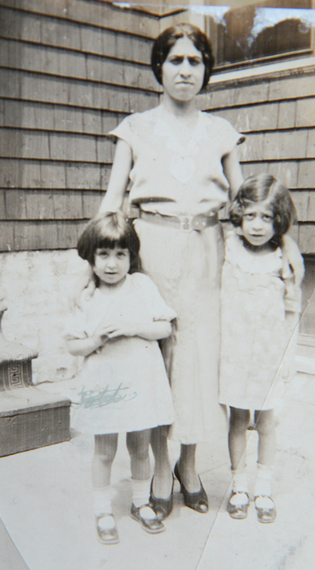 Photo by Nancy A. Ruhling
Ann, right, with her mom and sister.

“There were no phones or doorbells,” she says. “Everybody just used to drop by for dinner. It didn’t matter how many people, there was always enough food.”

She recalls the World War II soldiers who bunked in the newly erected Garden Bay Manor complex in Upper Ditmars close to her house.

“They use to walk down the street singing Don’t Sit Under the Apple Tree,” she says. “It was exciting.” 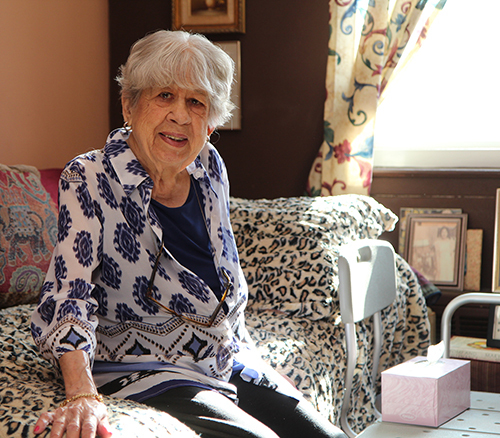 Photo by Nancy A. Ruhling
Ann likes to be independent.

As soon as she turned 16, Ann entered the workforce. She didn’t see anything unusual about this. All her friends were doing it. Besides, it was a good job. With Bloomingdale’s.

She married for the first time, when she was in her 20s. Divorce wasn’t socially or religiously acceptable, but Ann and her husband split after four years.

A decade later, she married again, this time to John, the man she’ll always hold close to her heart. 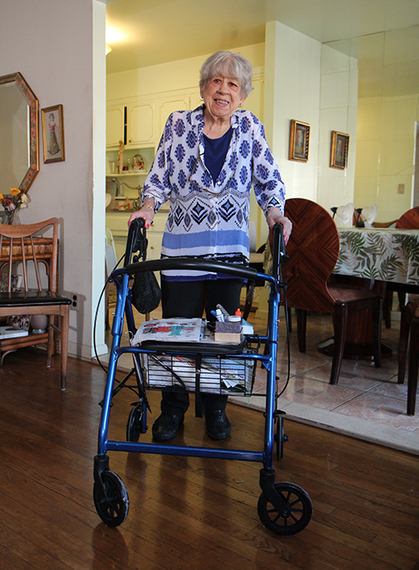 Photo by Nancy A. Ruhling
Right now, Ann can’t go outside without help.

“We met at a relative’s party,” she says. “He asked me to dance. He charmed me and turned on his sweet smile.”

They had three daughters. Life treated them like royalty. Ann quit Bloomingdale’s to raise the children, and John made a good living as a carpenter. They bought the three-family house Ann lives in.

The family grew to include five grandchildren and three great-grandchildren, all of whom live close by. 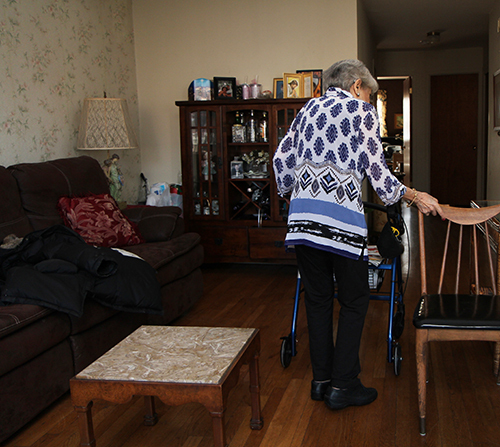 Photo by Nancy A. Ruhling
She’s learned to maneuver around her apartment.

Ann figures life went so smoothly because she tried to get along with everyone and kept her opinions to herself.

“If a friend asks me what I think of her blouse, I always say it’s pretty even if I don’t like it,” she says.

Ann is not as independent as she used to be, and it bothers her. One of her granddaughters has been living with her since John’s death. 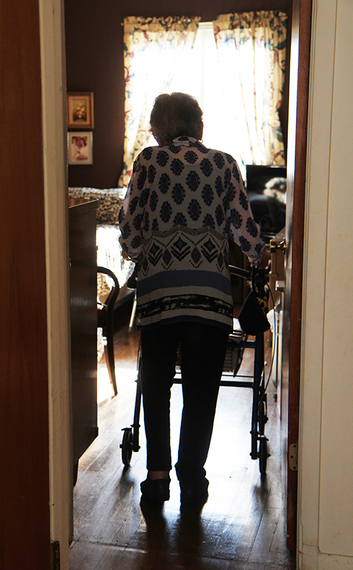 Photo by Nancy A. Ruhling
Going toward the light.

She’s not going to let the walker define or confine her life. She’s getting new French doors on the porch so she won’t trip over the sill, and if she gets the chair lift, she can sit on the front lawn.

Regardless, she’ll still go to her poker games. Two of the younger men in the group pick her up and lead her down the stairs to their waiting car.

“Ever since I hit 75, at every card game I say, ‘We’re on a train, and you had better watch out when the conductor calls the last stop.'”