At day’s beginning and end, it’s black along the patch of 24th Avenue between 23rd and 24th Streets. The scarce shops, shuttered, are slumbering. Luludi Living Art serves as a grow-light. 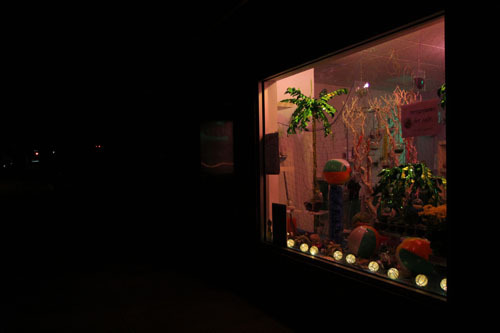 Photo by Nancy A. Ruhling
Luludi Living Art glows in the dark.

In case you don’t know it — and how could you not if you live in Astoria? — luludi is the Greek word for flower. 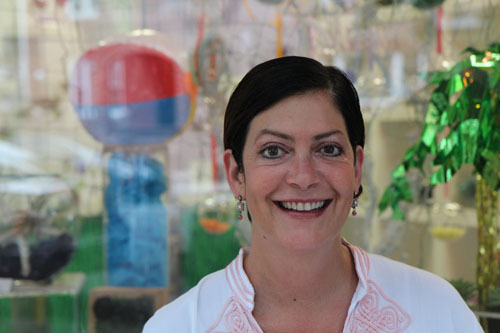 Photo by Nancy A. Ruhling
Liza was raised in Africa.

When Liza Fiorentinos says luludi, the lush Ls roll off her tongue like dewdrops.

“I was inspired by the living walls in Paris,” she says. “I had a blank wall in my apartment and wanted to decorate it, so I created living frames with LED lights.”

That was in 2012, two years before the shop opened. Astoria is a long way, psychologically and geographically, from Paris and even further from Africa, which is where Liza, whose parents are Greek, grew up. 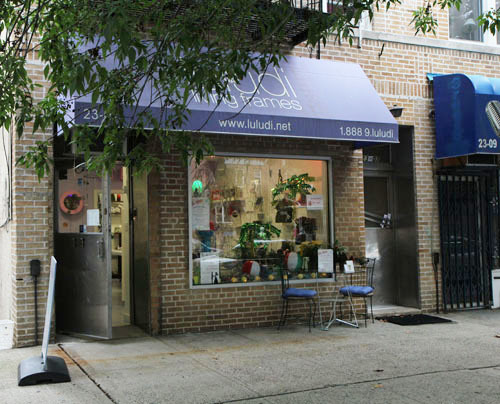 Photo by Nancy A. Ruhling
At Luludi, plants become sculptures.

Her father worked for the United Nations, and when she was a toddler, they left Manhattan for the Congo. Two years later, they came back, only to pack their bags for Kenya.

At 21, Liza left Africa to enroll at New York University. Instead of graduating, she wound up working in the high-powered world of advertising.

She landed a job in Paris, where she managed more than a dozen international accounts for CNN then CNBC and added French to her Greek, English and Swahili. 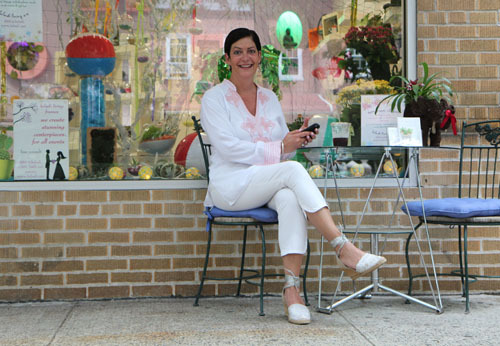 Photo by Nancy A. Ruhling
Liza used to work in advertising.

She was quite happy in Paris, a venue that suited her sophistication and spontaneity. She had no plans to leave.

It was a lover who brought her back to New York after a 13-year stint in The City of Light. (There is a happy ending to this story: After a four-year long-distance relationship, they did get married.) 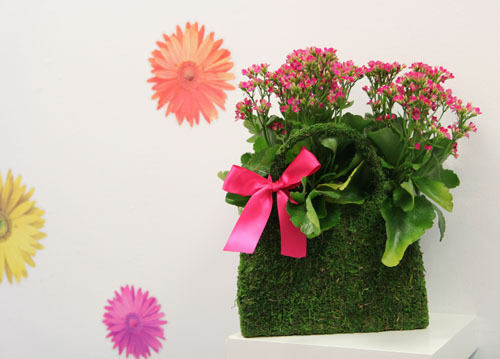 Photo by Nancy A. Ruhling
A purse full of posies.

“I was really tired of the corporate life by the time I quit my job,” she says. “I’ve always had an entrepreneurial streak, but I never had the time or the opportunity to put any of my ideas into action.”

It didn’t take her long to plant the idea for Luludi.

“Because I’ve lived in so many places, I have an open and accepting attitude,” she says. “I’m not change or risk averse. You could put me on Mars, and I would be happy. What is different thrills me.” 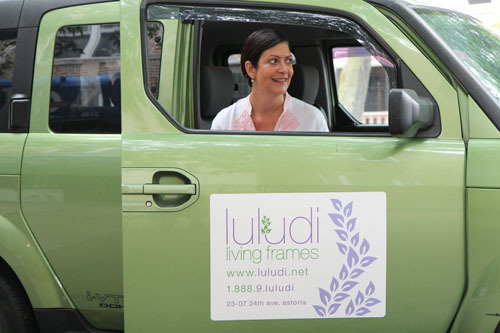 Photo by Nancy A. Ruhling
She’s always on the go — and on the grow.

Liza’s Luludi Living Art certainly is different. Each creation is an eco-friendly growing sculpture suitable for the studio apartment or the sprawling penthouse.

Orchids pop out of emerald-green purses, succulents shine their faces to the sun in “secret” boxed gardens and kalanchoes kick up their blooms on the backs of puppies and Dumbo-darling elephants.

Even Luludi’s traditional terrariums break new ground. Some plants swim in aquariums; others follow the style rules of feng shui, the scent of aromatherapy or the signs of the zodiac. 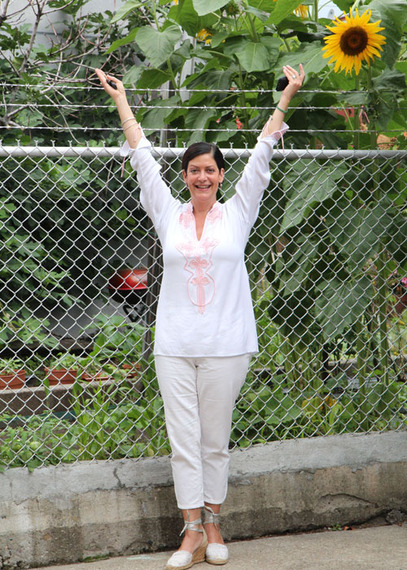 Photo by Nancy A. Ruhling
Smiling with the city sunflowers.

Liza loves her new seven-day-a-week life. When she’s creating arrangements for a wedding or other big celebratory or corporate event, it’s not unusual for her to be picking blooms in Manhattan’s Flower District at 5:30 a.m.

“I never stop,” she says. “Even if I’m not in the shop, I’m on the computer, reading articles on how to grow the business, networking or chasing leads.”

This is not to say that she’s chained to the soil; unlike the succulents she sells, Liza needs armfuls of air and light. She dreams of living in Greece. 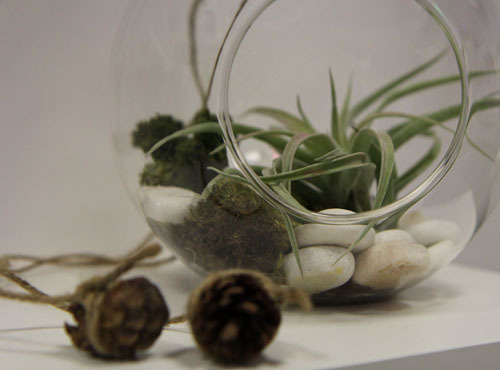 “In the summer, I did manage to sneak off to the beach,” she admits. “And I’ve started working with a personal trainer. Putting in so many hours on the business, I gained 22 pounds.”

You’d never know it by looking at her: A brown-eyed Susan, Liza’s a tall and sturdy bloom.

“I’m inspired by everything I see and do,” she says. “Music, the weather, aromas, travel, yoga, sitting on my balcony and looking out at the water.” 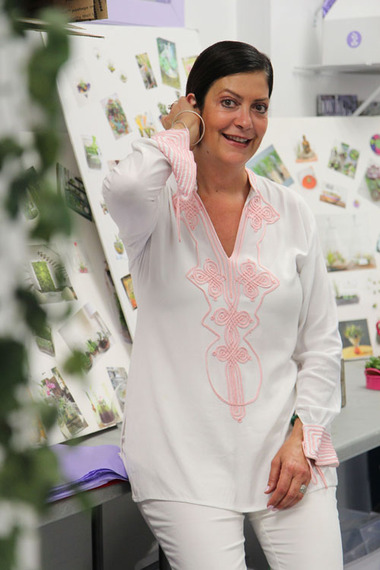 Photo by Nancy A. Ruhling
Liza is ready for Luludi to take off.

Luludi is still in its growing stages, and Liza is tending to it like a doting mother.

“Someday, and I hope it is soon, Luludi will be a household name,” Liza says.

She adjusts the ribbon on a puppy planter and places it in the window.