It was when Mark Cruz lost everything — his job, his girlfriend, his grandfather, his band and his faith in himself and in his god — that he found himself.

Up until 2010 and 2011, when all this life-changing stuff threw Mark a curve ball he couldn’t catch, he was a pretty happy guy. And, when he thinks about it, he says that that was a bad thing. You see, if all these dramatic departures had not happened, Mark wouldn’t be sitting in the offices of his new company, Fling Design. 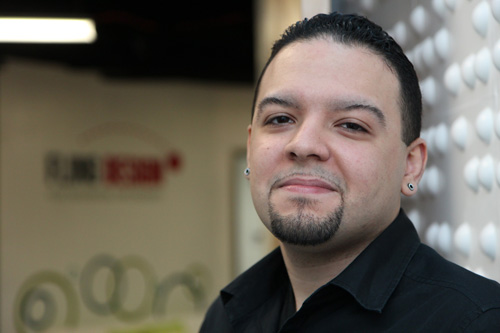 Photo by Nancy A. Ruhling
Mark went from the unemployment line to running his own firm.

Mind you, Mark, who has two earrings and an arm tattoo, has only made his home on this planet for 27 years. But he’s wise beyond his boy years.

“Heartbreak,” he declares, “has been the most important thing in my life.”

Perhaps it’s because he was born too early: He came bursting forth from the womb in only seven months.

His parents, who settled in the Bronx, were divorced before Mark’s debut; he would have no stepfather until he was a toddler. Sandwiched between two siblings, Mark struggled to stand out. 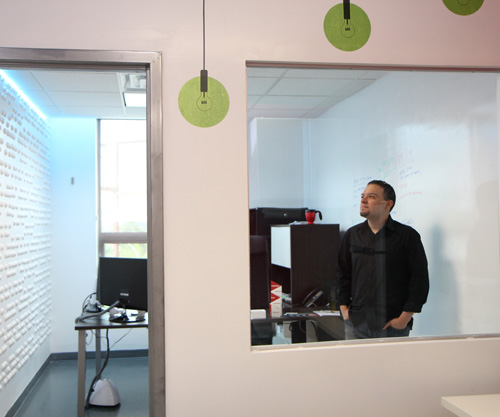 Photo by Nancy A. Ruhling
Mark and his buddies designed and built the Fling Design office.

The family’s invisible child made people see him through his passion for design and color.

“My interest in these things is really funny because I can’t draw at all,” he says. “I couldn’t even stay in the lines in my coloring books.”

It wasn’t long before his teachers defined him as a genius, urging him to take a fast-track education that would get him graduated from an ivy-league college at 18.

“But I just wanted to be a kid,” he says, adding that “I’m not good at learning from someone else. I have to physically do it myself, and I’ve taught myself almost everything I know.”

So he excelled at doing a million things at once. He did start college while he was studying graphic design in high school. And he earned two degrees — one in management and the other in recording engineering — from two different schools that he attended simultaneously while working full time and playing the lead singer, songwriter and guitarist in a band.

“I also had a girlfriend, who took up a lot of my time,” he says. “I don’t know how I did all of this, but I’ve always worked nonstop.” 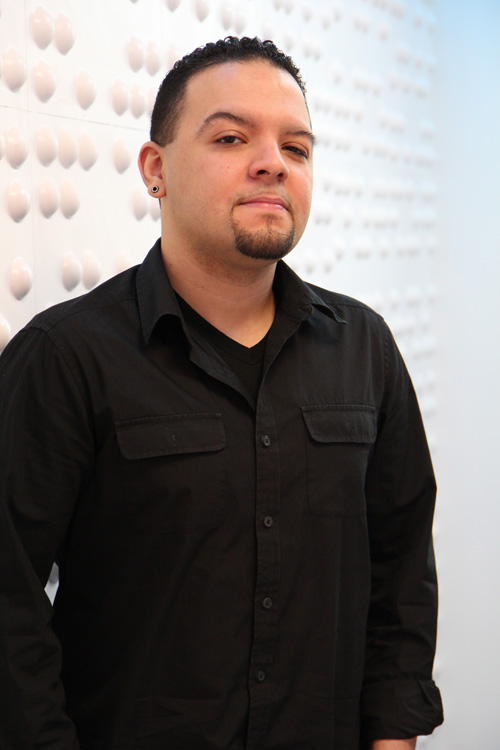 Photo by Nancy A. Ruhling
He’s grateful for the bad stuff that turned out good.

He held a succession of jobs that allowed him to learn a lot in a little time and that, thank goodness, paved the way for the opening of Fling Design, which specializes in website and app development and graphic design.

But that’s getting a bit ahead of the story.

Up until 2010, everything was going Mark’s way. Suddenly — these things always happen suddenly — he was laid off. And before he knew it, there were dramas (the band disbanded), desertions (his girlfriend dumped him, and god wasn’t anywhere to be found) and even a death (he really misses his grandfather).

For two years, this can’t-sit-still kid searched for work every second of every day.

“It was scary and stressful,” he says. “I had to move back home.”

Just when he hit bottom, he landed a freelance job. 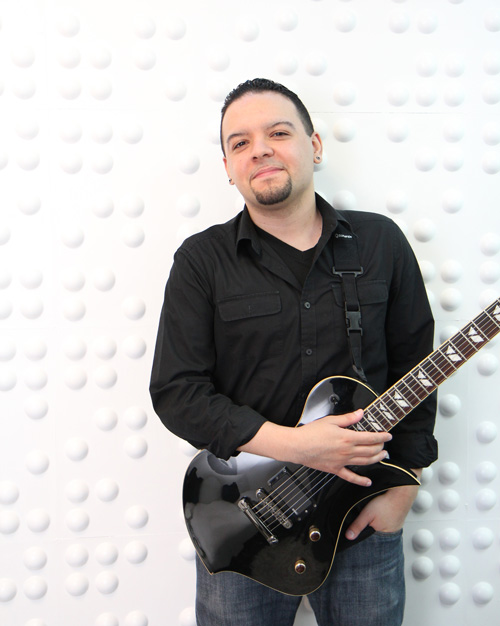 Photo by Nancy A. Ruhling
He still plays but not in a band.

“I had racked up $15,000 in credit card debt while I was looking for work,” he says. “The pay for this job was so good that I was able to get it back to zero in only one month.”

He continued to save, and when that job ended three months later, he opted to open Fling Design.

“I had to decide whether to work for someone else or work for myself,” he says. “I tied together everything I had learned and realized that I could open a multi-media house.”

He started out working in his parents’ basement and recently leased office space in Astoria after a trade show for small businesses made him the man in demand.

“I got 100 calls immediately,” he says. “Since then, the business has blossomed.”

Fling Design, which has a staff of five, is only the beginning of Mark’s big plans. In the next five years, he wants to open four more businesses: a bakery, a clothing line, a production house for Internet shows and a video game/app creator. 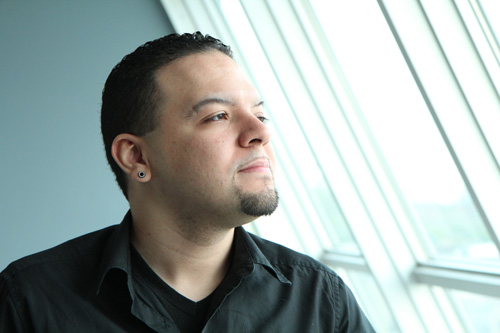 “All of them, except the bakery, build on each other,” he says. “I bake cakes and breads all the time, so it will be quite an adventure because I want to open it with my mom.”

Everything fell into place so quickly that Mark still has to remind himself that he’s not dreaming. It doesn’t matter that he’s working seven days a week. He looks forward to coming to the office on weekends.

“A year ago, I had nothing,” he says, sitting at his desk grinning. “Who’s to say where I’ll be at the end of this year.”