It came about, when Edith O’Donnell was in her late 40s, that she found herself without a husband and without a job. And with two daughters to put through college.

Most people would panic, whine or curse. Not Edith. She simply squared her small-boned shoulders, pulled herself up to her full flat-heel height of 5-foot-4 and got down to the business of reinventing herself.

In short order, she had co-founded Lyons, the friendliest mortgage and insurance services company in Astoria.

“It’s always a risk to start your own company,” says Edith, whose title at Lyons is CEO. “And my two partners and I invested our own money in the company. But I wasn’t afraid; we had the right mix, and I knew we could do well.” 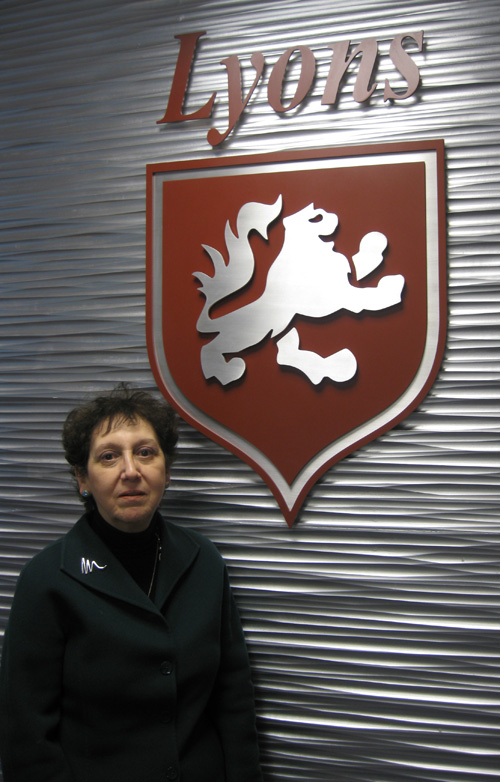 Photo by Nancy A. Ruhling
Edith feels right at home in the mortgage business.

Edith’s rise from housewife to head honcho is even more significant because mortgage services is very much a male-dominated industry. “There aren’t too many women running mortgage companies, much less owning them,” she says.

Although Edith never envisioned herself in this field, as far back as her childhood days in Bay Ridge, Brooklyn, she dreamed of a career in either architecture or retail. Financing homes pretty much keys into both these interests.

“I get a great satisfaction knowing that I have helped people buy the houses of their dreams,” says Edith, who bears an uncanny resemblance to actress Jean Stapleton. “And at Lyons, we’re like a family — we do everything in-house, so we really establish a relationship with our clients.”

After she graduated from the C.W. Post Campus of Long Island University, where she had a full scholarship and met her future husband, she became an assistant buyer at Gimbel’s department store. “I realized, though, that this was not what I wanted to do for the rest of my life,” she says.

She earned a master’s degree in English from New York University and taught at C.W. Post for 3 1/2 years. “I was married and pregnant with my first child, so I decided I wanted to be at home to raise my children,” she says.

Edith had not one but two daughters and settled info family life easily. “My husband and I had bought a house in Glen Cove,” she says. “It probably was the smartest thing we ever did. It was $35,000, and we put one-third down. We used the money my parents had saved for my college. It may be hard to believe, but the bank wouldn’t count my salary when giving us a mortgage because I was a woman. And I still remember the rate — it was 7.5 percent.”

In addition to being a full-time mother, Edith became what amounted to a full-time volunteer. She was active in the PTA, spent a decade on the Glen Cove school board and served the Greek Orthodox Church of the Resurrection in Brookville in a number of capacities, including Sunday school teacher. For a short time, she worked part-time in the business office of a credit union.

As their daughters grew up, Edith and her husband grew apart, and by mutual consent, they decided to divorce. “I got to keep the house, but since my children were 16 and 20, there wasn’t any child support,” Edith says. “And I only got alimony for a short time.”

Edith took a year off to find herself, and by chance, got a job with a mortgage company in Rosedale that was owned by friends. “I had done mortgage and tax work before at the credit union,” she says. “But I essentially had to learn the mortgage business from the ground up. After five years, two of my male co-workers and I formed Lyons.” 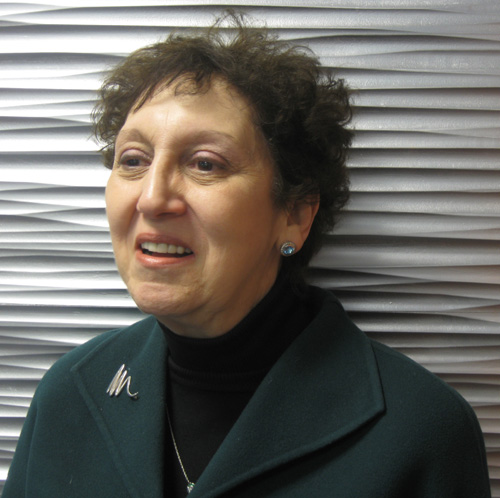 Photo by Nancy A. Ruhling
Getting a late start on her career didn’t hurt Edith’s career.

Lyons, which was named for the winning French soccer team Olympique Lyonnais, was founded in Astoria in 1996. “We didn’t make a profit the first year,” she says, “but we did draw salaries.”

And she used her salary to put her daughters not only through college but also graduate school.

Today, Lyons has 25 employees, offices in Astoria and New Jersey and services $330 million in commercial and Fannie Mae and other residential loans, mostly in Nassau and Queens. “Lyons never got involved in the subprime mess,” Edith says. “We were very careful. Our foreclosure rate is not high.”

Edith doesn’t have any regrets about starting her career late in life. “Some people tell me that I wasted my life because I stayed home raising my daughters,” she says. “But I wouldn’t have done it differently.”

Lyons keeps Edith pretty busy — she rarely leaves the office before 8 or 9 p.m. — but she finds the work exciting. “I like finance,” she says. “It’s very dynamic.”

And so is Lyons. At the end of last year, the company moved into a new contemporary glass and steel building in Astoria. “In the future, I envision us spreading and expanding with a bigger network that will be opening more doors,” she says. “There’s plenty of business for us in this area.”

Edith is looking forward to being there every step of the way. “I’m not going to think about slowing down” she says. “My father and grandfather didn’t retire until they were in their 80s, so I have some time left.”