That’s how old he was when his father died, paving the way for his becoming the prime provider for his mother and two sisters.

OK, he did get to finish grammar school and his older sister did get hired out, too, but by 13, he was working full time repairing bicycles and motorcycles.

“I always wanted to be an airplane mechanic, but I never got to go to school,” says Sakis, owner of SK, the neighborhood’s only sewing machine fix-it shop and supplier of stitchery supplies like foot pedals, feed dogs and throat plates. “But that job gave me the chance of a life because my boss told me to go to technical school. I took classes every night for four years.” 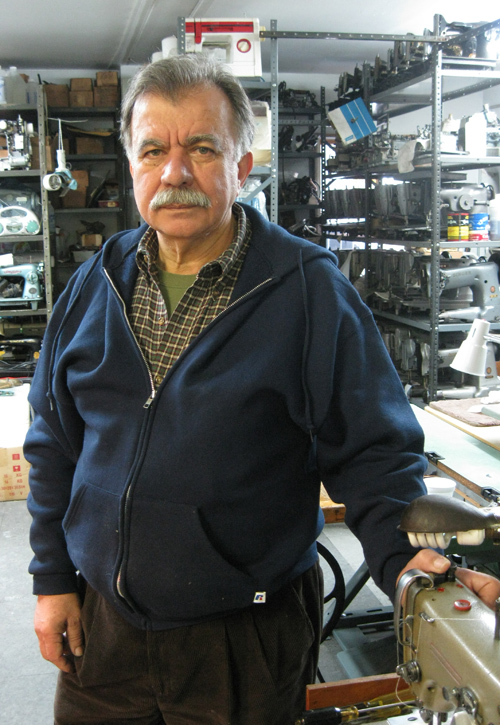 Photo by Nancy A. Ruhling
Sakis the sewing machine repairman.

When he graduated, he got a job in a fabric factory, where he eventually started repairing and maintaining sewing machines. “It took me a long time to learn to fix them,” he says.

Thinking of 11 reminds him of another significant number: 40. That’s how many years ago he left his hometown of Larissa, Greece for America.

“My boss wouldn’t give me a raise, so I decided to come to New York, where my mother’s sister lived.”

Sakis, an affable grandfather with a bushy grey mustache that softens his stern expression, shrugs in resignation. It had to be done. It wasn’t an easy choice; his sisters were married with children, and he was living with his mother. 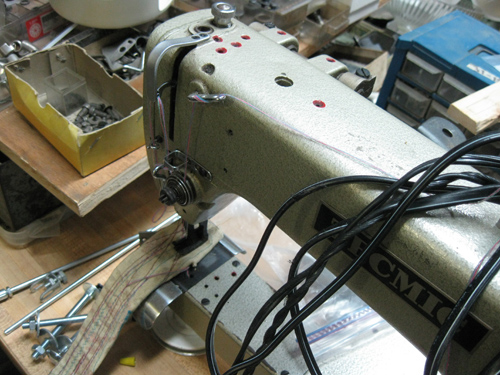 Photo by Nancy A. Ruhling
Sakis stitches up old machines like this one.

“I forced her to come here,” he says, adding that he joined her six months later. “She loved me so much, and we were so close that she would never tell me no for anything.”

As soon as he got here, he knew it was a mistake, but he didn’t have enough money to go back. What’s more, his boss in Greece had tripled his salary while he was waiting to get his immigration papers, so he could have stayed after all.

“The apartment we rented was filthy,” he says. “I’d never seen anything so bad. And I couldn’t work in the jobs I wanted because I didn’t speak English.”

Photo by Nancy A. Ruhling
Sakis gives a repaired machine a test run.

So he took a job in a noodle factory that was “too hard” work. His pay was $65 to $75 per week. “I had to take a second job on Sundays in Manhattan parking cars in a garage; with tips, I made about $45. That was a lot of money back then. At night, I took English classes.”

After two years of struggling, he got a job with a sewing machine repair company. He wanted his own business and got a friend to let him use his basement, which he filled with $4,000 worth of parts he bought.

“After work, I went to the basement and worked, sometimes until one in the morning,” he says. “And I worked every weekend there.”

On one of his rare days off, he met the girl of his dreams at a Greek dance. From Cyprus, she was a college student, and after a couple of dates, they married. 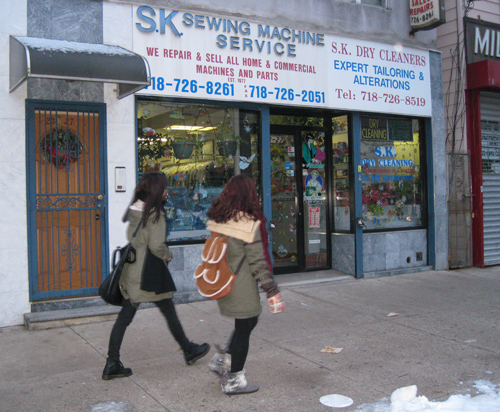 Photo by Nancy A. Ruhling
At Sakis’ shop, the dry cleaning pays the bills.

“I told her I had three bads and one good,” he says. “I have a temper, I don’t have money, and my mother lives with me. But I said, ‘You’re never gonna be hungry, that’s for sure.'”

In 1977, when he had two children, Sakis opened SK in Astoria. He worked 110 hours a week with no complaint.

“Everything was working all right,” he says. “Then I made the biggest mistake in my life. I thought I was going to go back to Greece, so in 1980, I took all of my money and built a building with apartments and businesses there, and in 1985, I sent my wife and children to live there.” 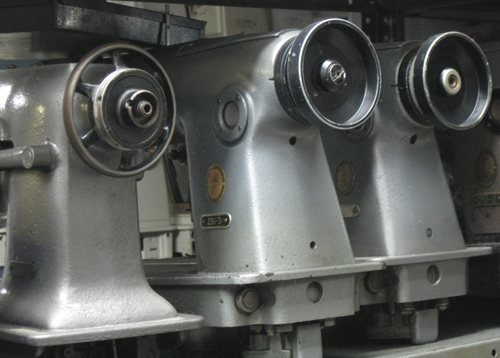 Photo by Nancy A. Ruhling
Sakis’ collection of machines is stacked from floor to ceiling.

While he was trying to sell the Astoria store, he lost the lease. “The kids were 7 and 9, and they wanted to come back. So I had to save every penny to get them back. It took three months.”

As far as SK, he started over, borrowing $29,000 to fix up a storefront. It wasn’t until 1994, when his kids were almost grown, that he bought a building on Astoria Boulevard to house his family and his business. 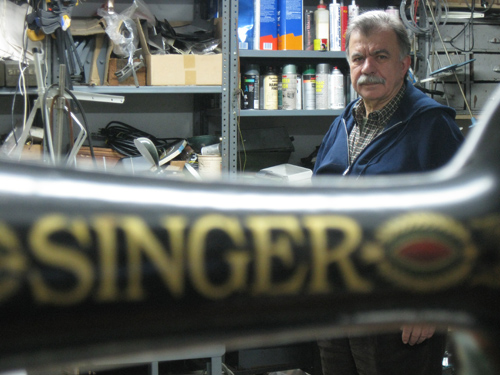 Photo by Nancy A. Ruhling
The vintage Singer is Sakis’ favorite.

Sakis took on more work, repairing machines at Parsons The New School for Design and the Fashion Institute of Technology.

It was around this time that the seams of the sewing industry ripped apart, and these days, Sakis finds himself lonelier than the Maytag repairman. About five years ago, he added a dry-cleaning business, and that tides him over.

In his spare time — there’s plenty of that, especially since he comes in at 7:30 a.m. — he keeps himself busy restoring antique sewing machines, oiling their black bodies and hand buffing their scrolling gilt decoration until they look as new as the day they came out of the factory. 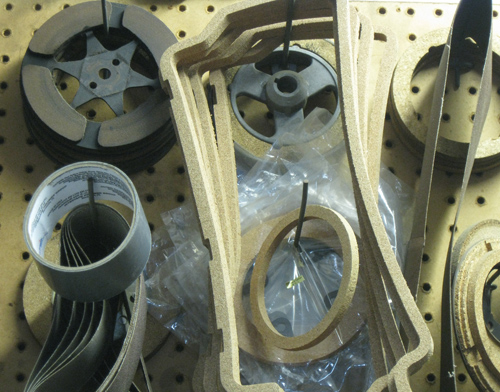 Photo by Nancy A. Ruhling
Sakis has lots of spare time — and spare parts.

He wraps the restored machines in plastic like peppermints. Some are displayed in the front window. He points out a New National from 1865.

The 1932 Singer in the back room, that’s his favorite.

Sakis is 63, and when the shop isn’t viable any more, which could be any day now, he’s going to sell the oldies on eBay.

“It makes me feel like I’ve done something,” he says. “Today, the machines are disposable; the old ones were made to last.” 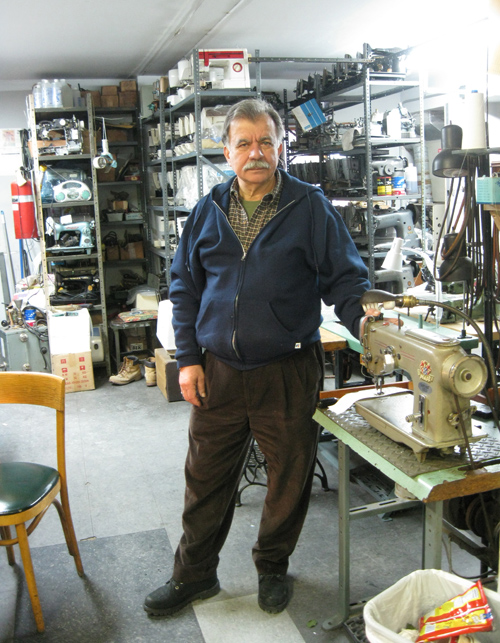 Photo by Nancy A. Ruhling
Sakis isn’t ready to call it quits yet.

A dry cleaning customer, at 9 a.m. the day’s first, walks in. Sakis leaves his silent sewing machines and goes to man the front counter.