There’s a piano tucked into the corner like a baby in a bassinet. It’s guarded by a pair of guitars. But these instruments play second fiddle to the incense. There is none burning, yet the living room is filled with the memory of its sweet, seductive scent. 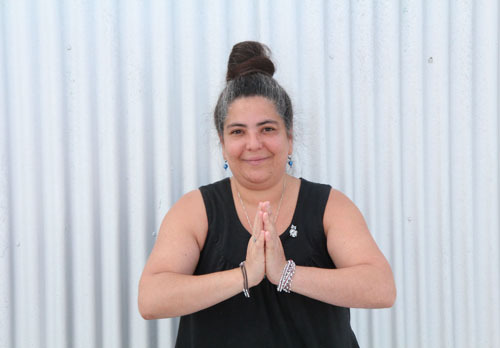 Photo by Nancy A. Ruhling
Anne in a mindful moment.

What is or isn’t in the air is more noticeable because it’s a million degrees outside, and Anne Cheteyan doesn’t have an air conditioner or even a fan.

The windows, barricaded inside by padlocked bars, are open only about a foot. She’s wearing a sleeveless black shift, black platform sandals and her long black hair knotted on top of her head. She’s drinking a lot of ice water.

There is a candle burning on the small, round table next to her. Anne’s a shaman, and the bells, spiritual medallions, basalt stones, blunt brass knife, wood fragments, twigs, pinecone, sage bowl and merkaba displayed there, along with her rattle and medicine bundle, are the tools of her trade. 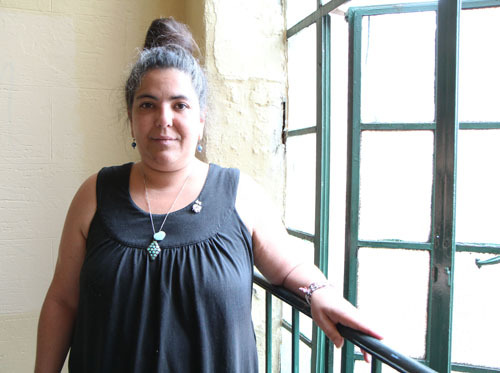 Photo by Nancy A. Ruhling
New doors and windows opened for her.

“I’m not a fortune teller, a psychic or a medium,” she says. “Many people find themselves stuck in old patterns. I help them clear these patterns, or imprints, by cleaning their chakras, or energy centers, so they can break free and write a new story.”

Anne, a native Astorian, didn’t have a shaman to help her write her own new story. She had to do it by herself.

In her formative years, it was tough going. Her parents divorced when she was a baby, and she was raised by her mother. They moved into the one-bedroom apartment she’s still living in when Anne was 14. When her mother remarried five years later, Anne took over the lease. 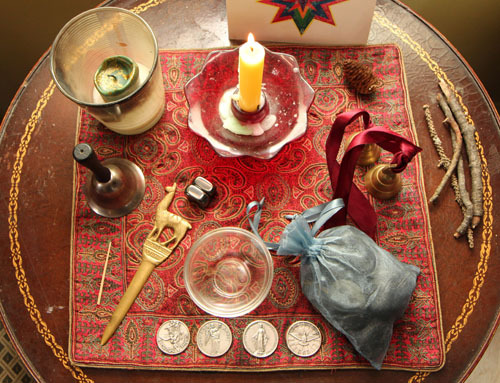 Photo by Nancy A. Ruhling
The shaman’s props.

Anne was, by her own admission, a “tumultuous teenager.” Eager to embrace the world, she quit high school in her senior year, and, after earning a GED, tried out jobs as though she were auditioning party clothes.

She worked in a bank, a restaurant, a costume shop and a daily newspaper and as a freelance bookkeeper and piano teacher before she found the perfect fit. For 11 years, she played Gal Friday to noted psychiatrist Bertram H. Schaffner, who died at 97 in 2010. A color photo of him hangs beside the piano.

“He remembered me in his will,” Anne says. “I used the money to enroll in shaman school. I felt it was appropriate; it, like, psychiatry, is all about healing.” 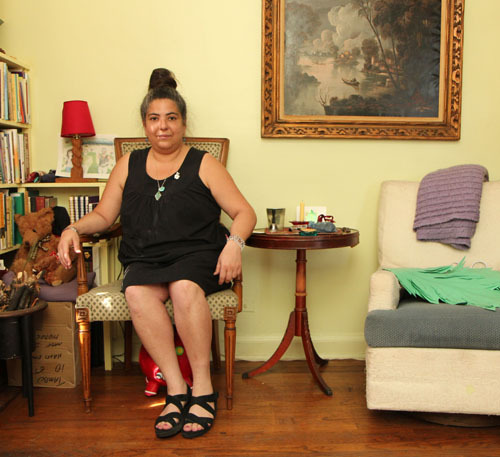 Photo by Nancy A. Ruhling
For Anne, the healing came later in life.

This was not a rash or radical decision.

“I’ve always been a person who has a knowing,” she says. “I know things I don’t really know and don’t know how I know. Then my third eye opened, and I started having dreams. I would go out in the world and be in them. It freaked me out.”

Shaman school became a journey of self-exploration, and Anne is eager to channel the positive energy.

Before seeing each client, Anne centers herself through breathing exercises that open a sacred space. 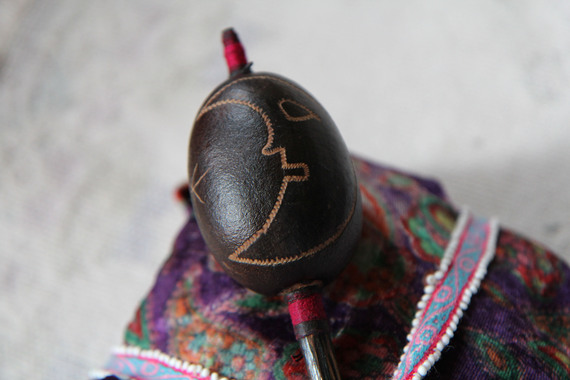 Photo by Nancy A. Ruhling
Anne’s rattle and medicine bundle.

During the cleansing session, which can last two to three hours, she calls upon the energy of the angels and the stones in her medicine bundle and other props to solve the problem. She sings, shakes her rattle and prays while the patient lies on a portable table.

“It’s like dancing between two worlds — the seen and the unseen,” she says. “The spirit will tell me what I want to know; I’m the intermediary between the spirit and the person. It’s a beautiful process.”

In the physical world, Anne earns her living as a piano teacher, an additional occupation she has done for decades.

“It’s funny because I never did like school,” she says. “But I did have a lot of wonderful teachers in my life, and I am grateful for all they brought to me. I wanted to teach so I could do the same for others.”

Her students recently gave a recital. Anne produces a photo that shows the hall. She helped them make the scenery. The paper palm leaves she cut out of construction paper are still sitting in her easy chair.

For the last couple of years, Anne has been leading tai chi classes in Socrates Sculpture Park, which gives her a chance to merge the spiritual and the physical. 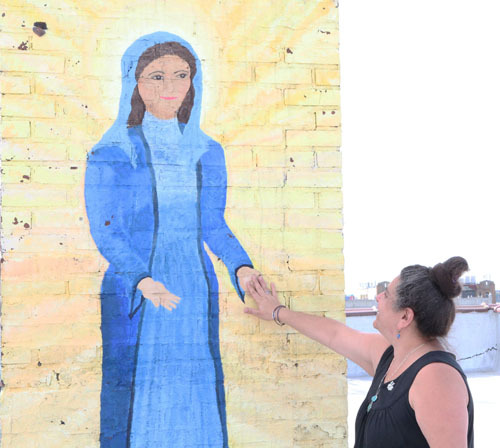 Art is another of Anne’s pursuits. Through the years, she’s filled five spiral notebooks with sketches, and she painted murals on the red-brick chimney of her apartment building. One is of a larger-than-life saint-like woman surrounded by a halo of the sun’s rays.

Anne doesn’t know what the future will bring. Her medicine bundle does not hold a crystal ball. 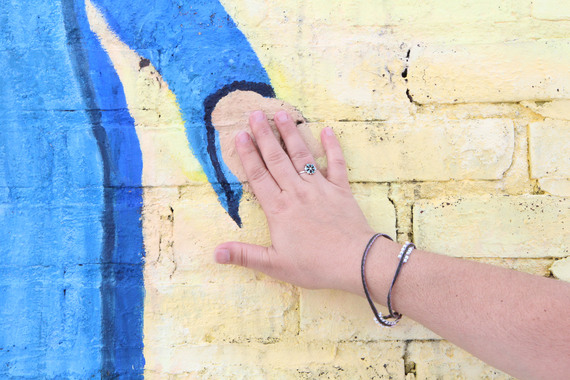 Photo by Nancy A. Ruhling
Connecting with the spiritual world.

What’s going to happen is not important. She’s learned to live in the here and now and to follow her intuition.

She blows out the candle, and the smoke snakes to the ceiling.