“You’re going to be shocked by what I tell you,” says Frank Carrado. “Sometimes, I don’t believe it myself.”

Carrado, who is 84, is talking about the last five years of his life, when newspapers started writing stories about him and everyone began calling him The Mayor of Long Island City. 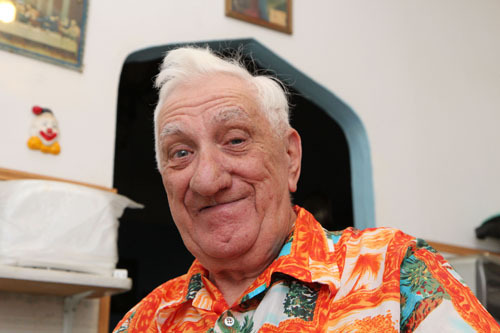 Photo by Nancy A. Ruhling
Frank, aka The Mayor of Long Island City.

More colorful than his scorching-orange Hawaiian shirt and 84 times as big as life, Carrado wears the title like a crown. But he’s not big on protocol. He still answers to Frank.

He brings a hefty scrapbook to the TV-tray-size kitchen table and flips through its pages. There he is, smiling, with the world’s politicians, presidents and potentates.

There’s more mayoral memorabilia in the living room, where there’s no place to sit. The loveseat, sealed in a plastic slipcover, is filled with photos. The walls are plastered with plaques and proclamations. 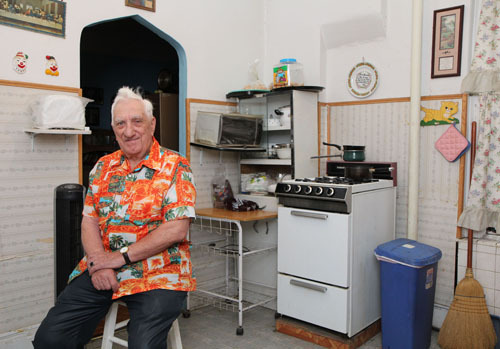 Photo by Nancy A. Ruhling
It sure ain’t City Hall.

Frank, who has big blue eyes and tufts of white hair that like to wave to the sky, points to each picture, naming names, from Mike Bloomberg to Corrado “Junior” Soprano.

There is wonder in his boyish voice. How did this happen? “One thing led to another,” he says. “Then it steamrolled.”

It’s easiest to start at the beginning. The Mayor was born in Long Island City and never left. It was the Great Depression, and there were eight mouths in the family to feed. As the only son, Frank felt it was his responsibility to earn his keep. 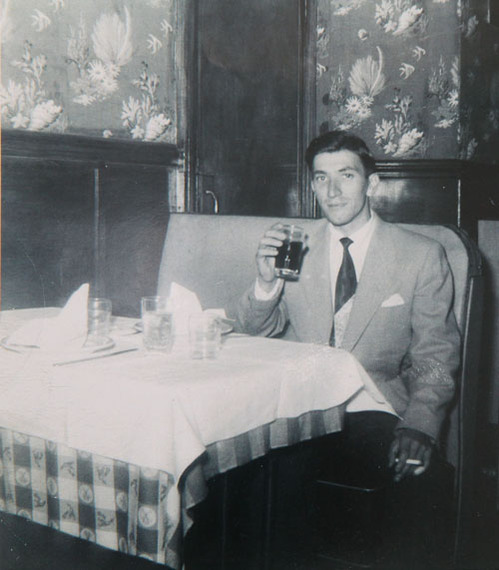 Photo by Nancy A. Ruhling
Frank in 1953 right before his wedding.

That’s why he quit school at 11 and got a job delivering ice. Later, he worked for a shoemaker then toted 50-pound bags of coal to homes for a penny a pound.

And he did what the other boys were doing: broke into railroad cars and sold the stolen goods.

“We used to get cases of toys, chewing gum and women’s shoes,” he says. “But they got on to us. They divided the shipments — one had only left shoes, the other had the rights.”

Frank makes no apologies for his crimes. “It was a long time ago,” he says. “Things were different.” 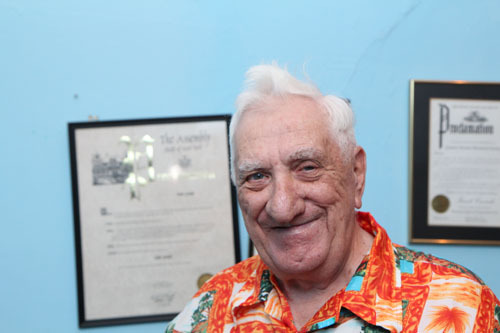 Photo by Nancy A. Ruhling
Frank became a local celebrity five years ago.

It was the death of his mother that made Frank change his ways. “I was only 17, and I felt lost without her, so I enlisted in the Army,” he says.

He was sent to Korea, only to be returned home shortly afterward.

“My father was gravely ill,” he says. “I had a two-week leave, but he wasn’t better, so I called the American Red Cross to get a delay, and that saved my life.”

When the Korean War started in 1950, Frank’s infantry division, the 24th, was sent to fight the enemy solo. “In my outfit, all were either killed or captured,” he says. “But I was home safe and sound.” 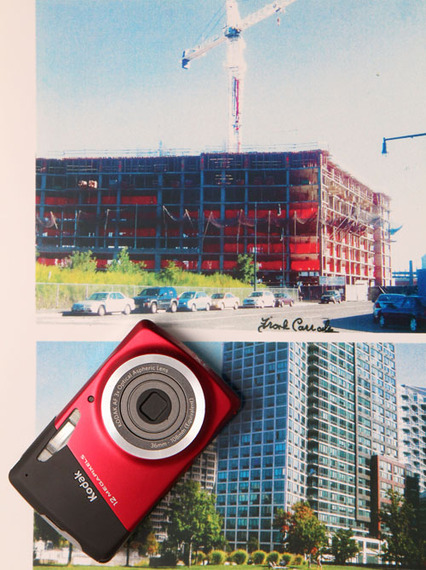 Photo by Nancy A. Ruhling
Frank’s photos of the East Coast apartment building.

After his father’s death, Frank finished his stint in Fort Dix, N.J., training other soldiers. He also was a military policeman in Georgia.

Less than a year later, he married. He met Rose Marie through friends. He spent his time working — he manned the loading dock at a trucking company — and being a doting father to their daughter.

He retired early, in his 50s, and began doing independent jobs to keep himself busy. He’d probably still be doing that had Rose Marie not died suddenly in 2002. 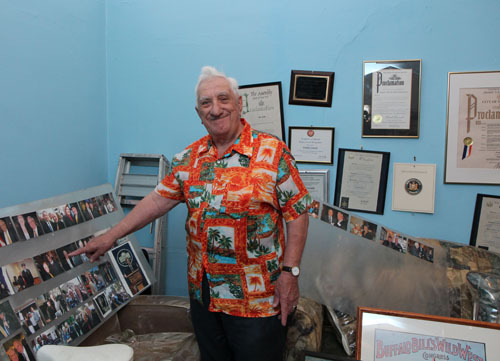 Photo by Nancy A. Ruhling
He’s in every one of the grip-and-grins.

For three years, he did what he had always done — nothing remarkable. On his 75th birthday, his daughter gave him a Kodak digital point-and-shoot.

At first, he didn’t know what to do with it. He had never expressed any interest in photography. But he started carrying it around with him when he walked around the neighborhood killing time.

“I noticed a lot of things changing and big buildings going up,” he says. “I began taking pictures of the construction.” 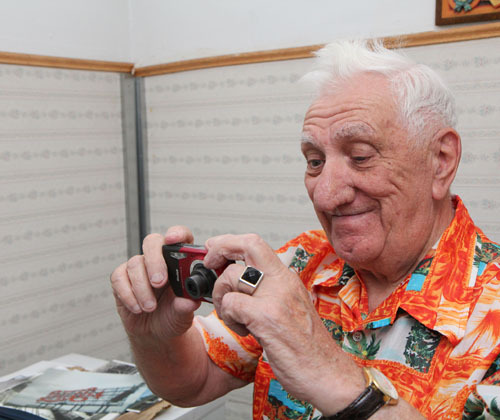 Photo by Nancy A. Ruhling
Let me show you a photo.

As he says, one thing led to another, and Frank became a local celebrity in 2008 when the Greater Astoria Historical Society hosted an exhibit of more than 200 of his photos.

“People got really interested in me,” he says. “It was because of my age. There are not many old-timers left in Long Island City, and everybody just assumed that I had been doing photography for decades.”

Frank carries his red Kodak with him every day. It’s in a case hooked onto his belt. When he’s not shooting photos, he’s shooting the breeze at the Paris Gourmet Deli on Vernon Boulevard. On Mondays, he holds court at the Riverview Restaurant & Lounge.

A little while ago, he was keeping company with a woman, but it didn’t work out. There was another woman, but she lived in Philadelphia, and Frank’s running around so much with his camera that he didn’t have time to devote to her. 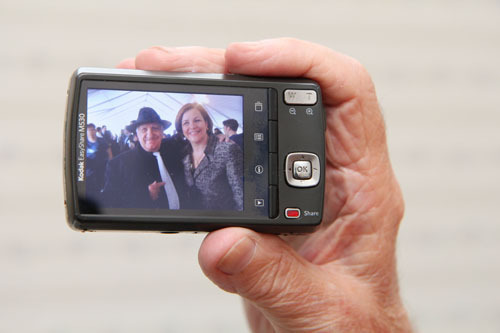 “Rose Marie was one in a million,” he says. “I know everyone says that about their wife, but I could never replace her.”

Although Frank declares himself “110 percent healthy,” he admits his shutter finger hasn’t been as active.

Two years ago, he had a heart attack. It was four in the morning, and he didn’t want to wake anyone, so he waited until 8 a.m. to call for help.

“That was a big mistake,” he says. “My heart was damaged, and I have to take pills every day.”

He had a stent installed then went to the VA hospital for a defibrillator.

“The surgeon said he had heard of me,” Frank says, “and wanted to have his picture taken with me.”