Standing behind the shiny stainless-steel counter at Sorriso Italian Pork Store, Frank DePaola is all smiles. 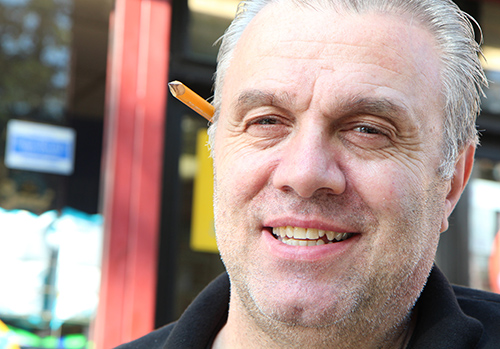 His is a big, broad, toothy grin, the kind people break into when a photographer asks them to “Say cheese!”

It’s a habit Frank can’t break: He’s been doing it all 60 years of his life, and he has practiced it on a daily basis since he opened Sorriso nearly 40 years ago. 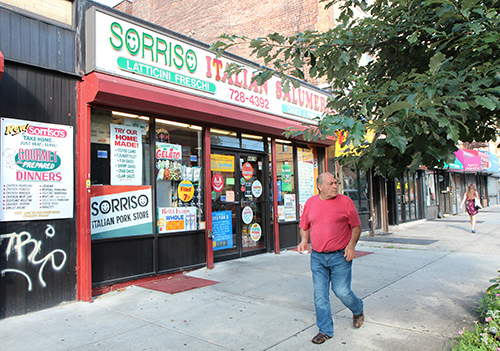 “I was so busy getting the shop ready to open that I hadn’t had time to think of a name for it,” he says. “The first customer who walked in commented on the fact that I was smiling, so I decided to call it Sorriso, which is the Italian word for smile.”

Frank’s family came to Long Island’s Massapequa from Calabria, a region in the toe of Italy’s boot-shaped peninsula, when he was 9. Back then, he had never heard the word smile. 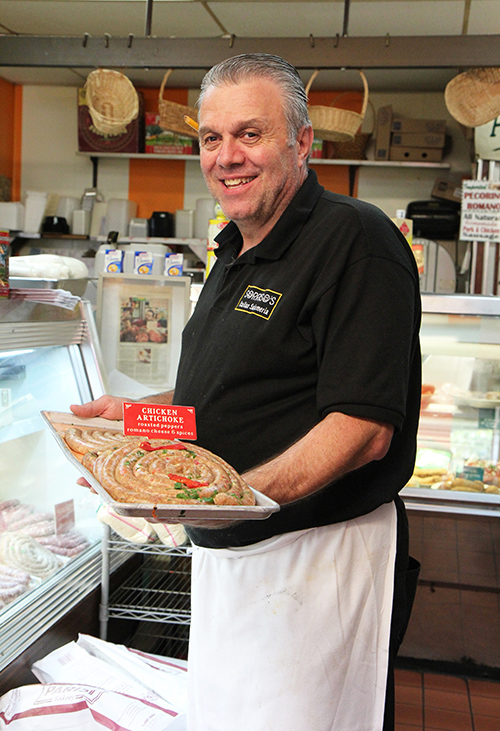 Frank began helping out at his grandfather’s bakery when he was 11.

“The trip here took 12 days by ship,” he says. “We arrived in April, and I didn’t know any English. By September, when I went to school, I was speaking half English and half Italian.”

Frank, who wears a meaty butcher’s pencil rakishly behind his right ear, got his first job – working in his grandfather’s bakery – when he was 11. 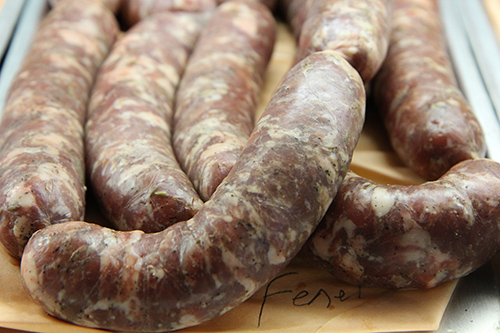 “I did things like wash the pans and fill in the cannoli,” he says. “That’s when I fell in love with food.”

It also helped that in Italy his mother made her own sauce and sausage and that his father was a vegetable farmer. 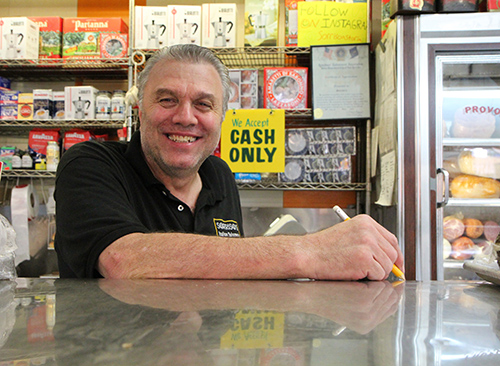 By 14, Frank had his first real job. He has fond memories of working in that pork store.

“I met my wife there,” he says, adding that she used to come in to buy ricotta and mozzarella. 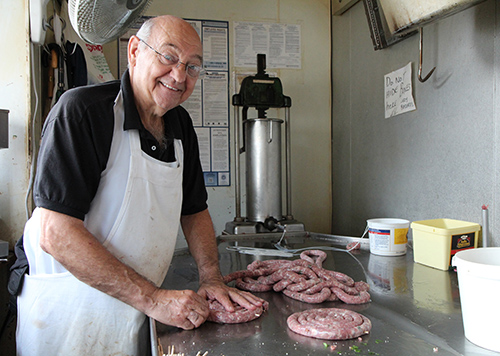 (For the record, her cheese choices weren’t the only thing that attracted Frank to her.)

“We fell in love as teenagers,” he says, “and have been together ever since I was 17.” 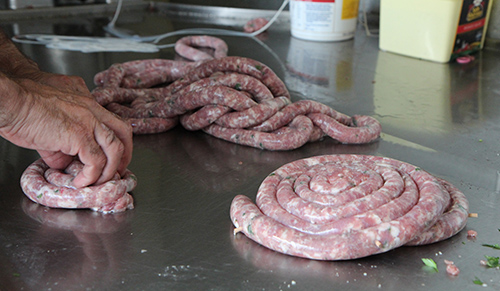 Frank left the pork store when he was 21 to take over a butcher shop on 30th Avenue in Astoria. In 1988, he moved it across the street to its current space, which is significantly bigger.

“The original store was only selling meat,” he says. “We added the authentic Italian products.” 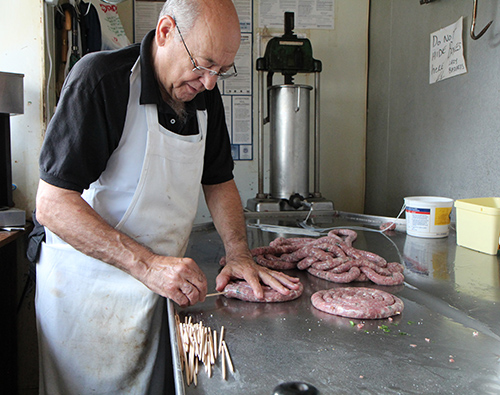 Sorriso, which happily announces itself with smiley faces in the Os of its name, sells items like pesto calabrese and caper berries that can’t easily be found elsewhere and carries a variety of products, including tomato sauce and olive oil, under its own brand name.

It also has a full diner-size menu that runs from appetizers, salads and sandwiches to main courses that include meatballs, lasagna and chicken artichoke sausages. 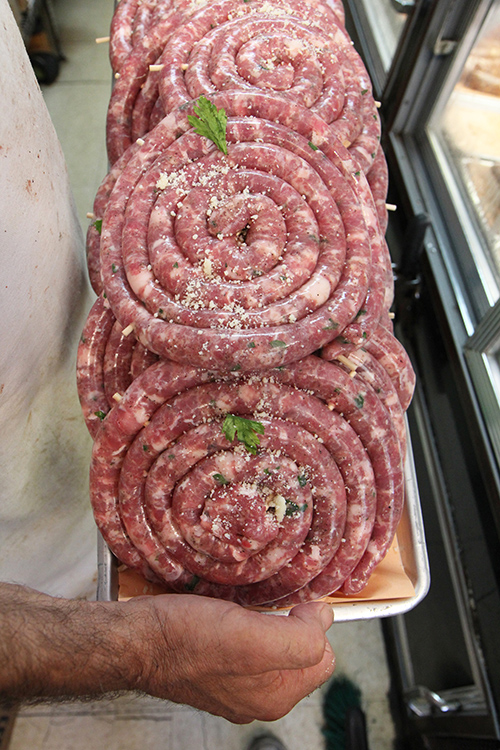 Ready for the next customer.

“We make everything in-house,” Frank says. “Most of the recipes are from home – they are just like my mother used to make.”

The special ingredient in all of them, he adds, is “a lotta love.” 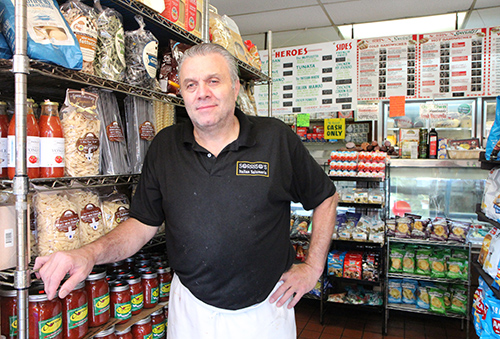 Frank never gets tired of coming into work.

Sorriso Italian Pork Store is open seven days a week, and Frank is usually there five or six of them. He drives in from East Meadow, where he lives, arriving as early as 5:30 or 6 in the morning to make the mozzarella and generally doesn’t go home until after closing at 6:30 in the evening.

“When I am at home, I’m always doing stuff for the store like going to the bank or visiting vendors,” he says. 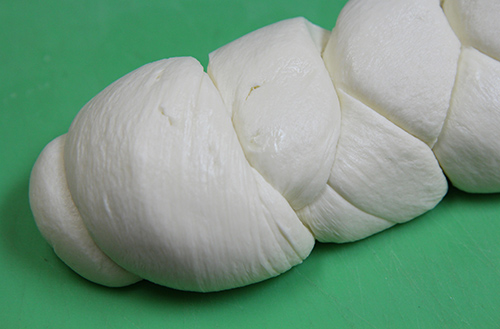 He doesn’t see anything unusual about devoting all his time to Sorriso.

“I love interacting with the customers,” he says. “I’ve been in business 39 years, so I’m almost on the fourth generation of them.”

Frank is having too much fun to give up the front counter.

He’s never given a thought to retirement.

The issue isn’t likely to come up soon: His son and daughter are grown and have their own careers. 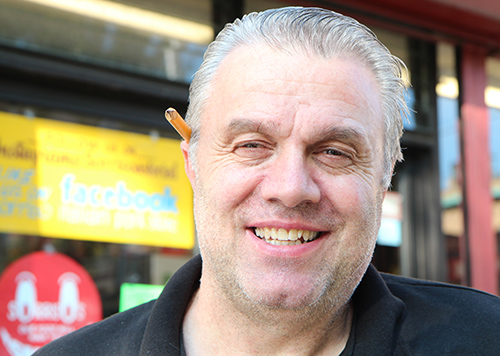 The fact that they have no interest in taking over the family business makes Frank feel relieved.