As the little leotarded girls arrive for the 10 a.m. tap class at Broadway Dance Studio, Edie Bongiovi greets them at the front desk, a semicircular structure surrounded by pint-size four-legged stools. 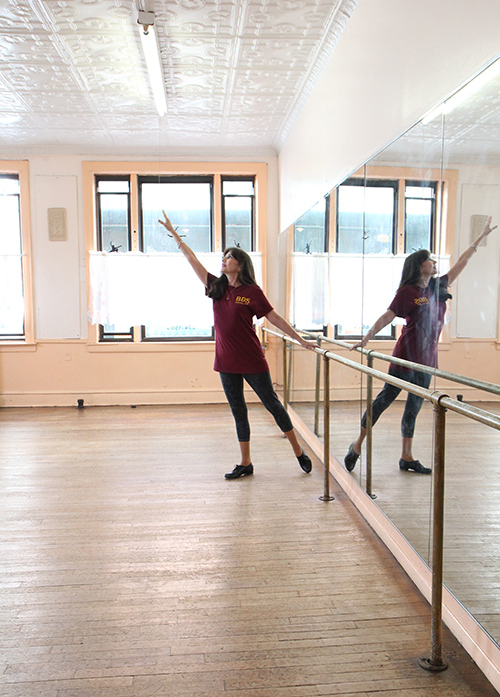 Miss Edie started tap lessons at Broadway Dance Studio when she was 3.

Watching the parents helping the 2- and 3-year-olds put on their shiny black patent leather shoes, she smiles.

This routine act brings back a lot of memories. Miss Edie, as her students call her, began dancing at Broadway when she was 3. 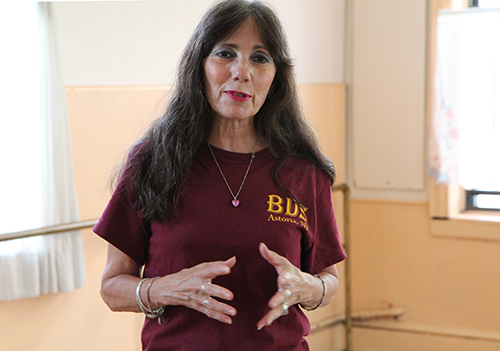 Miss Edie became the owner of the studio in 2010.

When her students ask her about it, she explains that it was a long, long time ago. Too long ago for them to comprehend, so “I tell them that I’m 18,” she says.

They, of course, think that’s an ancient age.

It was Miss Edie’s ears, not her feet, that brought her to Broadway. Her father owned a dental lab in the same building, and she heard the music when she came to the office with him.

“I told my mother I wanted to take dance lessons,” she says, as she removes her gold sneakers and replaces them with the tap shoes she wears to teach the class. “I’ve been here ever since.” 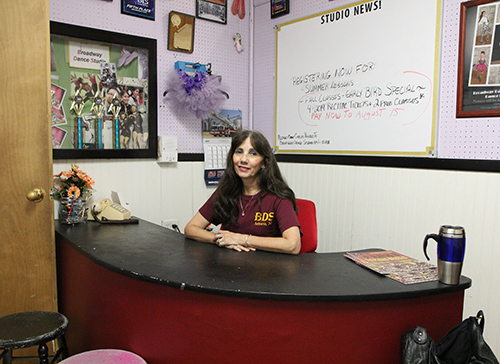 Miss Edie at the front desk.

In those days, she took lessons from Miss Dorothy, the dancer who owned the studio.

Broadway Dance Studio opened in 1934, when Miss Dorothy was 10, and has remained in the same building on Broadway between 31st and 32nd Streets.

Miss Edie, who has long hair and long legs, danced her way through grade school and high school. 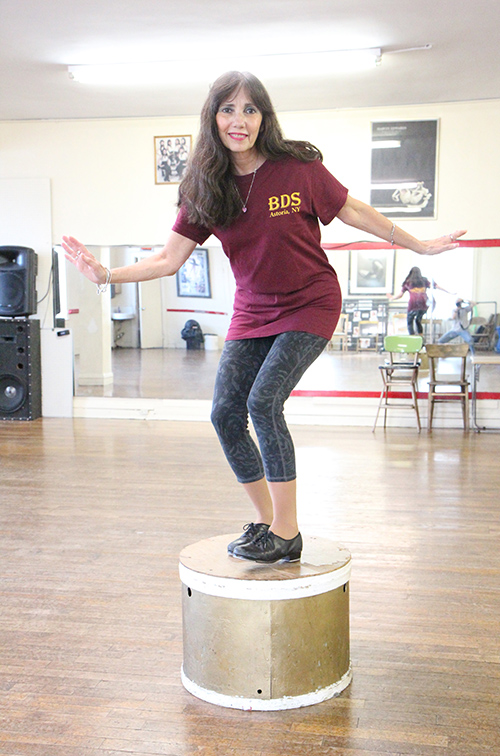 By high school, Miss Edie was taking classes five or six hours a week, and when she got a full-time job at a bank in Manhattan, she continued her studies at the Phil Black Studios and at Broadway Dance Center.

At 23, Miss Edie started teaching at Broadway Dance Studio while pursuing her career with financial institutions. In 2008, she and Miss Dorothy became business partners; in 2010, Miss Dorothy sold the business to Miss Edie and Miss Edie’s husband, Eddie Lawler.

Edie and Eddie – there’s so much rhythm in the repetition of their names – have been running it ever since.

Unlike Edie, Eddie has never put his toes in a tap shoe or ballet slipper. 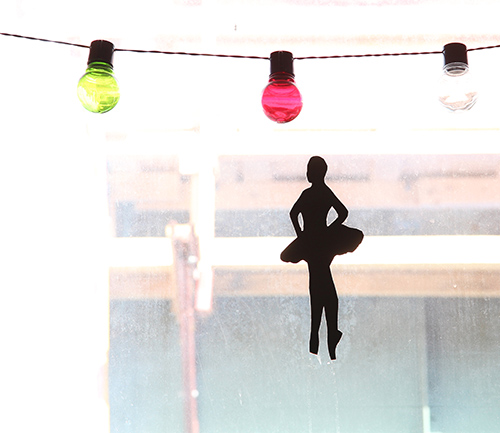 Broadway Dance Studio opened in 1934; it has classes for adults as well as children.

“But he can hold his own on a dance floor,” Edie confides.

Edie and Eddie, who is a firefighter, knew each other for decades before they got married. The met in Astoria when they were teenagers.

After dating a year, they broke up. Eddie got married to someone else and had two daughters; Edie kept dancing and working.

“We reconnected when there was a fire across the street from my house,” Miss Edie says. “By then, he was divorced. But it didn’t work out, so we went our separate ways.” 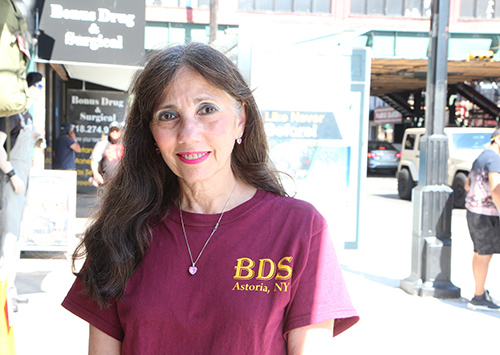 Miss Edie has a full-time job in the financial industry.

“I heard from him a week after my father died,” she says. “I thought it was a condolence call.”

Miss Edie, who still works full time in finance, teaches classes on Saturdays and is at the studio three to four evenings a week. She handles the administrative work of the studio; Eddie fills in at the front desk and plays handyman.

Miss Edie can’t imagine what her life would be like without the studio. She walks over to the wall that is filled with photos of celebrities, including Shari Lewis and Ed Sullivan. When Miss Dorothy was in her prime, she entertained troops with the USO. That’s where she met these stars. 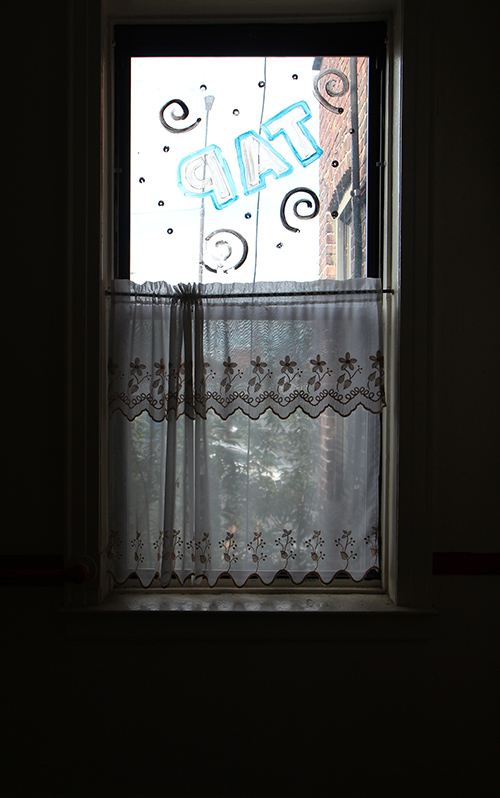 In addition to tap, the studio teaches ballet, jazz, modern, hip-hop and lyrical.

Miss Dorothy doesn’t dance any more – she’s 93 – and she doesn’t come to the studio – she lives in Jamestown, New York. Miss Edie visited her recently and caught her up on all the news.

Miss Edie, who is a trifle older than 18, has no intention of ever hanging up her tap shoes.

“When I quit my full-time job, this will be my retirement job,” she says, “because being here with all the children really keeps you young and on your toes.” 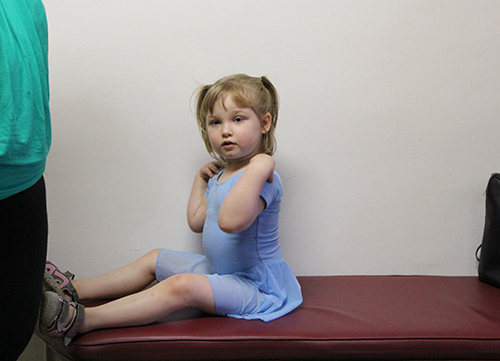 A student gets ready for class.

Doing both jobs doesn’t give Miss Edie much free time to take dance classes or even do anything else.

“Dancing is my soul,” she says. “It’s my passion. I’m passing along the love of dance to all these eager children.”

In addition to dance, she’s teaching them discipline, respect and teamwork. 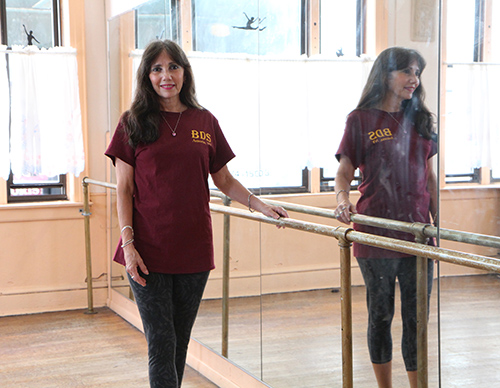 Miss Edie won’t ever hang up her tap shoes.

“When I see the kids at recitals …”

Tears come to Miss Edie’s eyes before she can finish the sentence.

The class begins, and the rat-a-tat-tot of tiny tapping toes sounds like rain pounding on a tin roof.

Sponsored by Bareburger and Salt & Bone, it is a free, public event.