Why? Even for Yomar Ramirez, who is an introspective woman, it’s not always easy to come up with a simple, satisfying answer.

Sometimes it’s better to shrug and go on, which is what she does.

Yomar, a blithe blonde, is sitting in her living room, clutching a 30-ounce beer stein of raspberry tea. 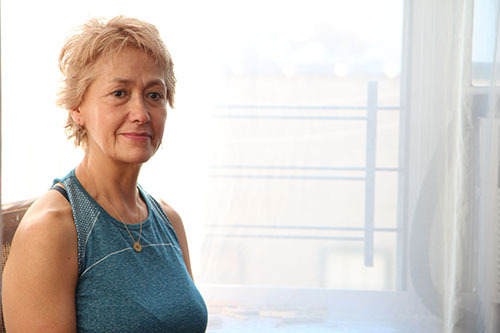 Photo by Nancy A. Ruhling
Yomar is from Bogota, Colombia.

Actually, it’s only a section of her living room. Hers is a one-bedroom apartment. She erected a wall down the center to partition her twin bed, giving her daughter the bona-fide space.

The area accommodates only a pair of black faux-leather loungers, floor-to-ceiling shelving and a tiny table for her tea.

Yomar, who just turned 63 and retired about a year ago from an 18-year career as a New York City public-school teacher, is from Bogota, Colombia.

The middle of three children and the only girl, she was sent to live with her mother’s parents, whose house was an hour away from hers, when she was 3. She was too young to protest such an unusual and unnecessary arrangement.

Mourning the sudden loss of two almost-grown sons, the grandparents embraced their darling Yomar and suffused her with religion, discipline and strict love (her grandfather took his belt to her for minor infractions like bad grades). 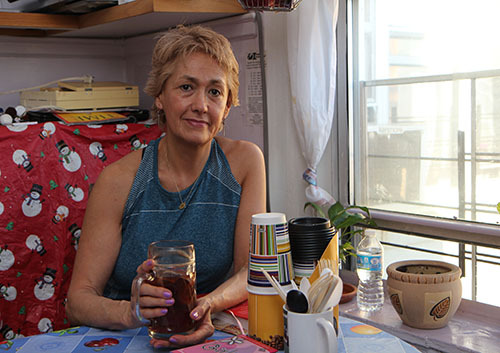 Photo by Nancy A. Ruhling
She was sent to New York City as a teenager.

Yomar was only supposed to stay a while, but the seniors were so taken with her joy for life — she liked to sing and jump around — that she ended up staying a decade.

“I saw my mother every Saturday,” she says. “My father only came on special occasions.”

Yomar longed to return home, a fact she recorded in her diary, which detailed what she deemed were her grandparents’ supreme shortcomings.

“My grandfather found it,” she says. “And they sent me back.”

All was well for about a year, but when Yomar started showing interest in boys, she was sent to live with her aunt and uncle in New York City.

“I didn’t know how to speak English, but I was able to breeze through high school because I already knew the subjects,” she says. “The private school in Colombia was much harder.” 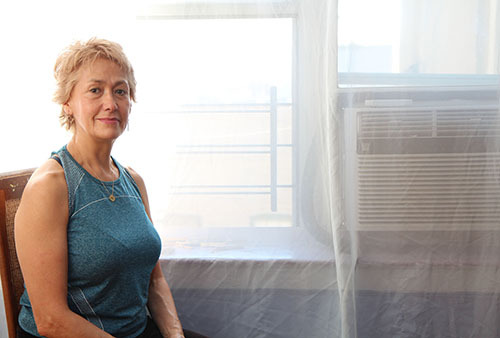 Photo by Nancy A. Ruhling
Yomar raised her two children by herself.

She grew to love New York, but her uncle loved her far too much.

“He used to make it a habit to come home early from work when I was alone,” she says. “He would kiss me and embrace me and lie on top of me. He told me he wanted to have a baby with me.”

To escape his abuse, Yomar got an after-school job in a department store. She married a co-worker after dating him only four months.

“My aunt found out about my uncle’s feelings and bought me a ticket back to Colombia,” she says. “I only had 48 hours left here, so we got married that same day.” 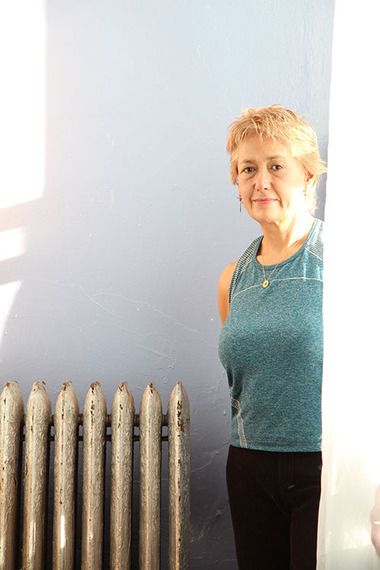 Photo by Nancy A. Ruhling
Both her husbands ended up in prison.

Soon, they had a baby boy, but by her son’s third birthday, Yomar was a single mom.

“We had noisy neighbors, and we complained a lot about this,” she says. “One night, they had a party, and my husband went down there with a pistol. He shot two people and killed a dog. He was sentenced to 15 years in prison.”

Yomar divorced him and raised her son by herself. She went back to school, sandwiching classes between full-time work at a supermarket and part-time work study. She ended up with a bachelor’s and two master’s degrees and a virtually empty apartment as her son grew up and started his own life.

At 36, she felt something was missing in her life and started dating. Husband No. 2 was no better than No. 1, but Yomar wouldn’t find that out until shortly after their daughter was born.

“He was a liar,” she says, laughing uneasily. “About everything — including his name.” 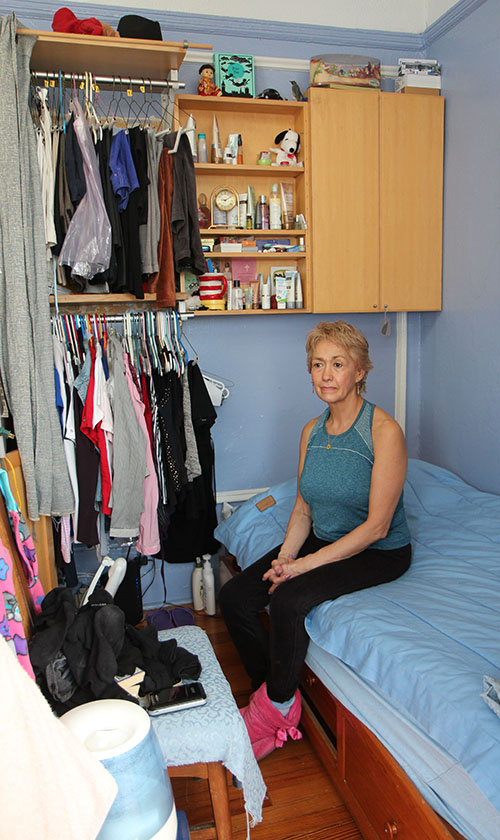 Photo by Nancy A. Ruhling
Yomar in her bedroom.

When Yomar, baby in arms, answered the knock at the door, she had no idea who or what the police wanted.

“As they led my husband away in handcuffs, he said he would explain everything later,” she says.

She found out he was a counterfeiter. She still does not understand why he was sentenced to only one year in jail. When he got out, they stayed together for a while.

She looks down at her tea and shakes her head. 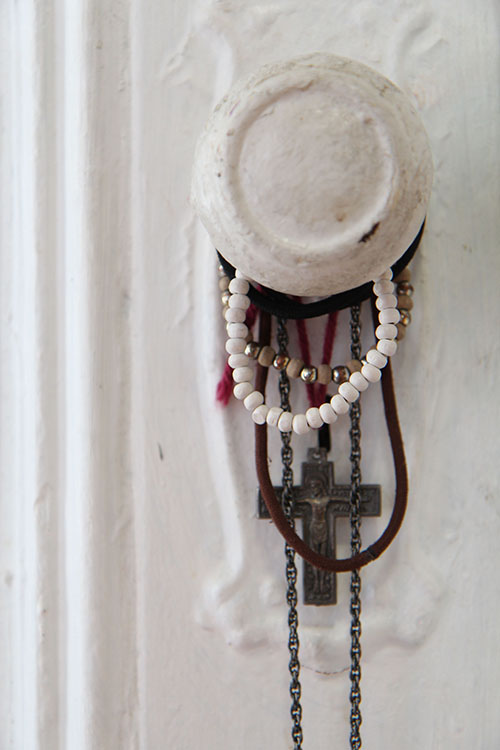 Photo by Nancy A. Ruhling
The crucifix on the door.

When he started having sex with lots of other women, she decided to call it quits.

About the divorce, well, there really wasn’t one.

“I thought I had divorced him,” she says. “It’s a long story, but there was a mix-up with the papers.”

Why did she let this slide for decades? She admits that there’s no good or bad reason she can give, saying only that she’s working on fixing it. 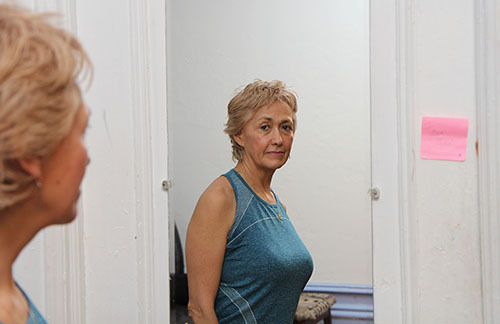 Photo by Nancy A. Ruhling
Will her future mirror her past?

It could be loneliness that has spurred her. Her daughter moved in with her boyfriend a couple of years ago. It happened gradually, one night at a time.

“I’ve left her room just as it was,” she says, opening its door, which has a pink Post-it note that says “I Love You” on the side and a crucifix hanging on the knob.

Yomar has started to date again and needs a clear-cut marital status to present to suitors. Yet she scoffs at the idea of marrying again.

Let’s just say that she’s afraid of repeating her past.